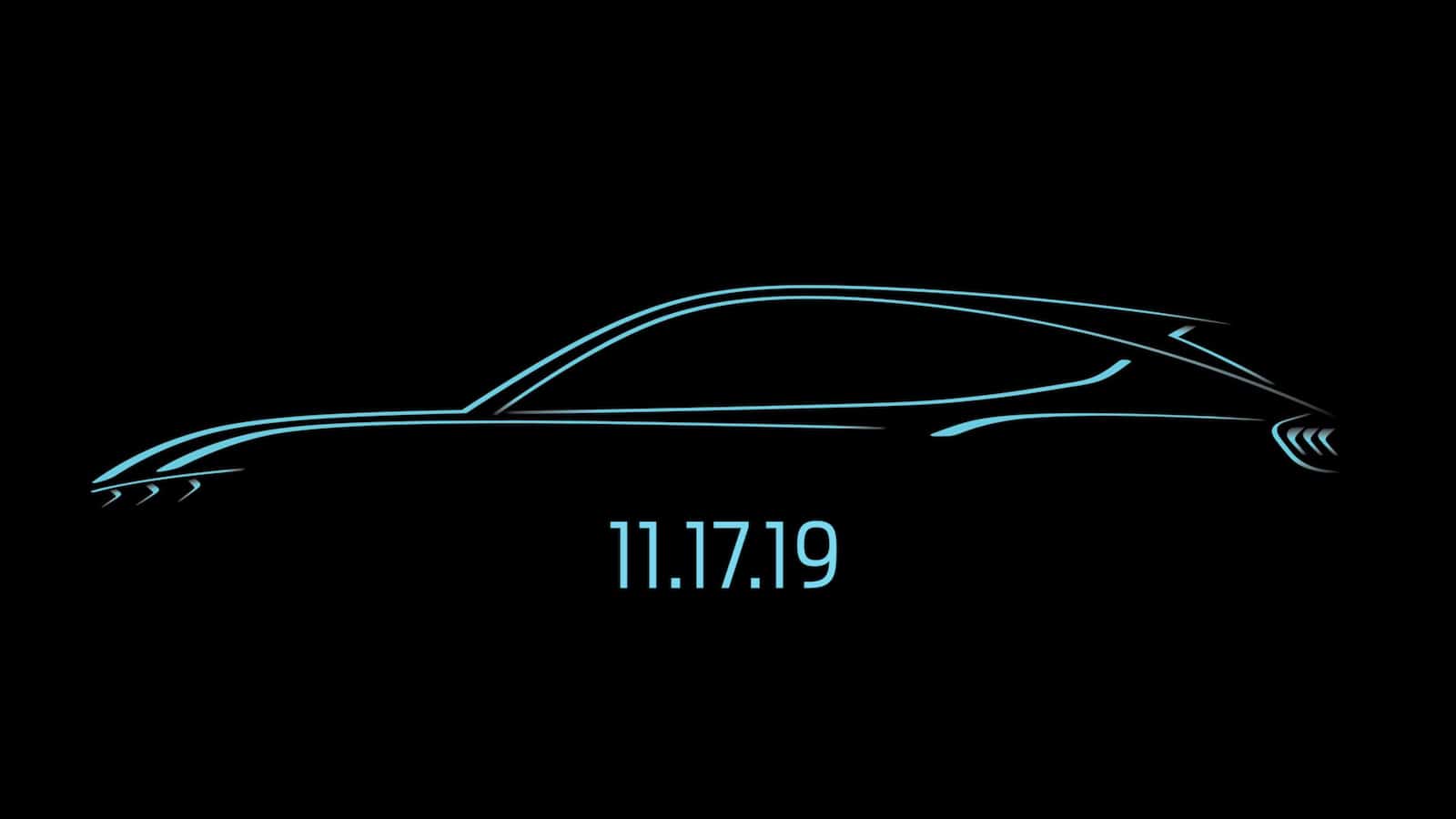 Ford is gearing up to unveil its all-electric, Mustang-inspired SUV across the globe on Nov. 17, 2019.

Ford’s push to hype the much-discussed, oft-speculated-about “Mustang-inspired” all-electric sport-utility vehicle carried on Thursday with the automaker dropping a short teaser video announcing its arrival at the L.A. Auto Show next month.

The video doesn’t reveal too much as it simply shows someone digitally sketching part of the vehicle’s exterior mixed with shots of a clay modelers putting the alleged finishing touches on the new vehicle. The 23-second video closes with the final sketch and the date: 11.17.19.

“We’ve busted the myth that electric vehicles have to be boring,” the company said in statement accompanying the video. “And we’ve got our customers covered with North America’s largest electric vehicle public charging network. Now Ford is gearing up to unveil its all-electric, Mustang-inspired SUV across the globe on November 17, 2019.

“Mark it down. You won’t want to miss this.” 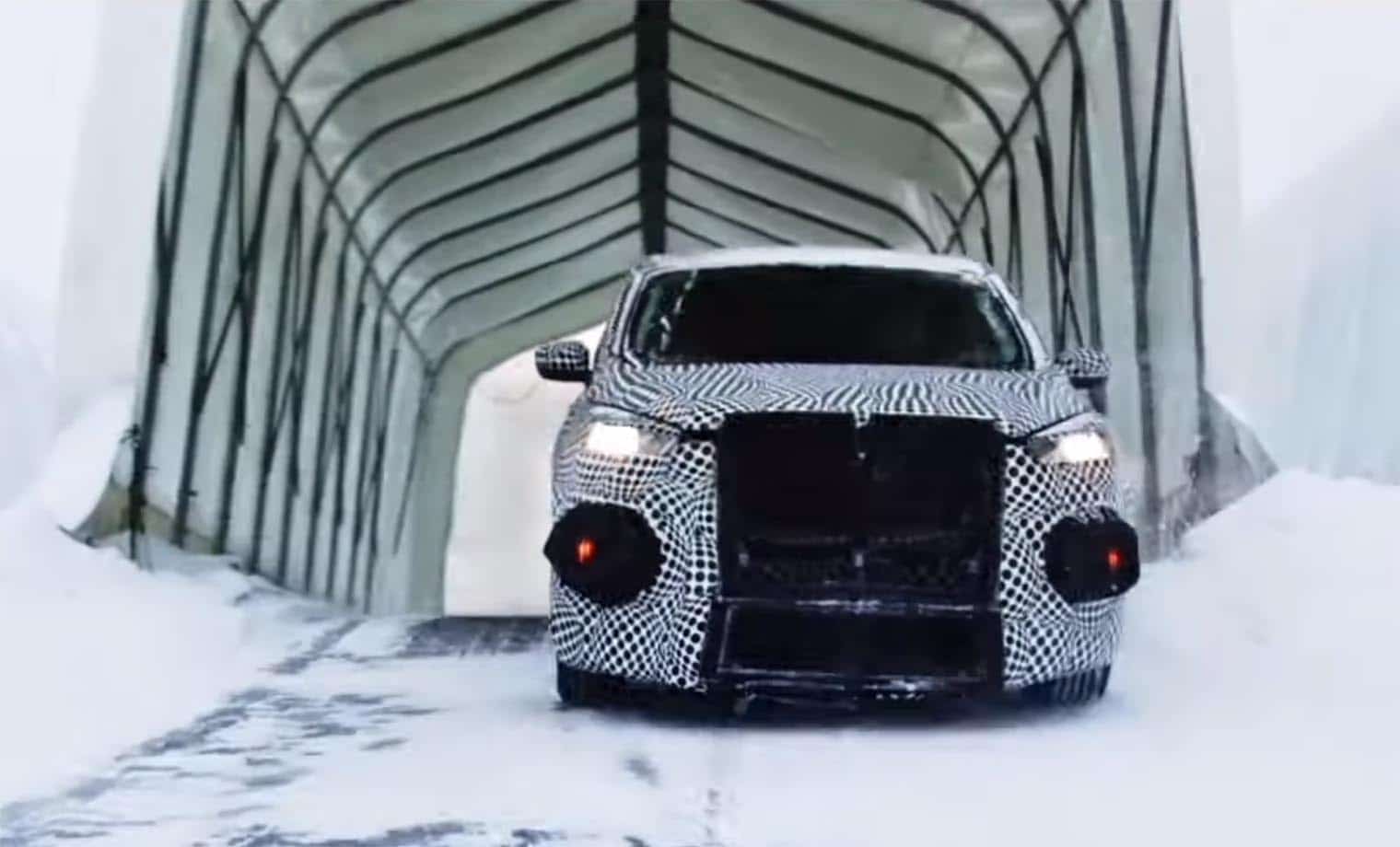 Ford says it has tested the new electric SUV down to -40F.

Ford has been hyping this battery-electric ute since the 2018 North American International Auto Show in Detroit, where it made a passing reference to it as the Mach 1. However, as TheDetroitBureau.com previously reported, it’s more than likely to be tagged the Mach e.

While the company has been tight-lipped about the new ute, some details escaped recently, including there will be more than one battery pack available for the new battery-SUV, including an “extended” range version that can deliver more than 300 miles. It also appears that the new crossover will be available with both rear- and all-wheel-drive options.

The details came from Electrify America, which recently partnered with Ford to help expand its growing network of electric chargers across the U.S.

“Ford will be releasing its all-new, Mustang-inspired electric SUV, that has a targeted EPA-estimated range of 300 miles with an extended battery and real-wheel-drive, in late 2020,” reads an excerpt from the charging company’s original news release.

The new Ford EV will reach showrooms in autumn 2020 – by the time a number of other competitors have also come to market.

“The vehicle’s 150kW charging ability will allow very quick charging speeds on Electrify America’s 150 to 350 kW network. Ford estimates that it’s all-new, all-electric Mustang-inspired SUV will be capable to charge up to 47 miles in 10 minutes using Electrify America’s DC fast chargers, providing peace of mind for customers to be able to charge in minutes, not hours.”

The new sketch hints at a long, low-slung crossover/SUV body, that borrows from the Mustang fastback. However, recently released pictures of the heavily camouflaged ute testing in the snow, suggest something between a Mustang and the new Ford Escape. 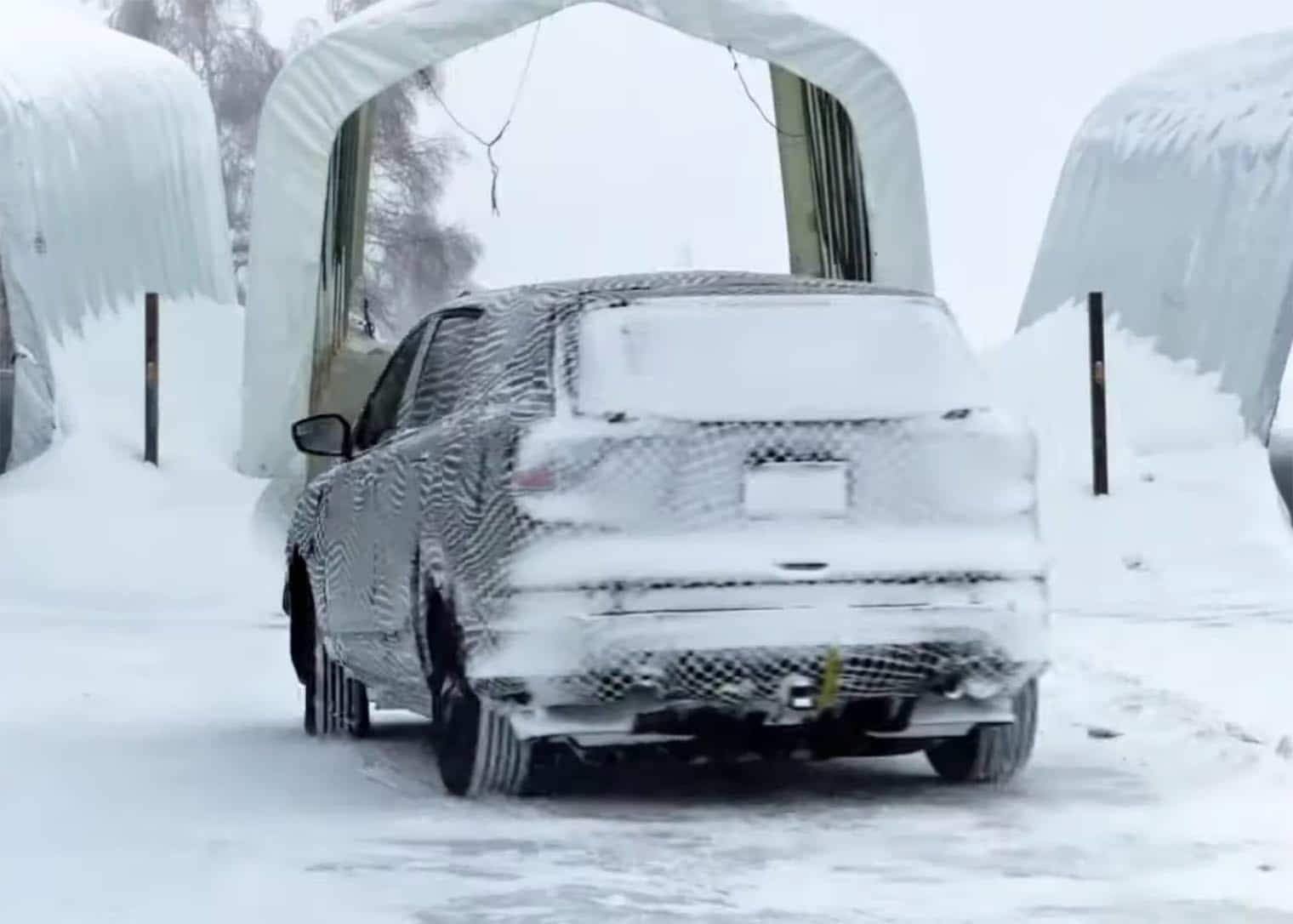 The new Ford EV will reach showrooms in autumn 2020 – by the time a number of other competitors have also come to market.

(“You Want to Be There” When the Electric Vehicle Market Takes Off, Ford’s Hackett Says)

Regardless, the new electric ute will face plenty of competition when it arrives in mid-2020. Just yesterday, Tesla CEO Elon Musk moved up the release date for the Tesla Model Y, its first-ever small SUV, from fall of next year to the summer. It’s expected to hit the market with a price tag approaching the mid-$40K range with a battery expected to carry it more than 325 miles on a charge.

2021 Lamborghini Urus Graphite Capsule is all about contrast