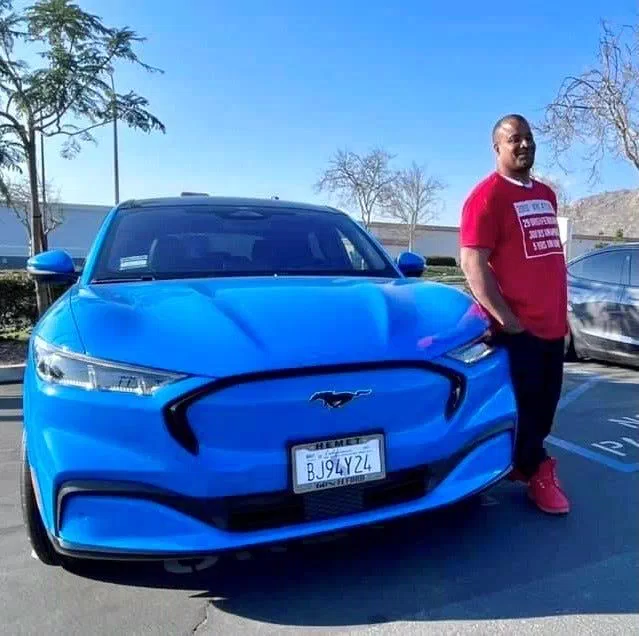 Sergio Rodriguez of Saint Marys, Georgia is seen here with his 2021 Ford Mustang Mach-E on February 20, 2021 using the ChargePoint charger in Riverside, California during this cross-country trip. A friend nearby is using the Tesla supercharger.

But this is 2021, after all. No one seems surprised by much.

What started this round of social media sparring was a tweet on Saturday by Jace Craft-Miller, who picked up his Carbonized Gray Mustang Mach-E First Edition on March 29.

The 29-year-old sales project manager from Cleveland, Ohio tweeted, "All these Tesla fanbois reach out saying how much they hate the Mach-E ... blah blah."

And Rodriguez, who was featured in the Detroit Free Press, part of the USA TODAY Network, in early March, replied, "I've had them message me death threats over my joy with the Mach-E."

The fiery debate among Ford and Tesla owners reflects the intensity surrounding a growing all-electric market dominated by Tesla. CEO Elon Musk is widely credited as an innovative leader who helped transform public perception of the vehicles.

As a result, Tesla has been a darling of Wall Street with a market value that exceeds all automotive competitors combined. The cars, which drivers compare to spaceships, are especially popular in California and China.

The Mach-E has been portrayed as the first serious competitor to Tesla in terms of sleek design, speed and handling.

"As messages were coming in, I was just hitting report," he told the Free Press on Saturday.

Rodriguez was so unsettled at 11:30 p.m. one night that he reached out to Mike Levine, Ford North America product communications manager, who himself had been targeted with relentless and harsh criticism online after defending Mach-E owners on Twitter.

Meanwhile, the posts submitted for review appear to have been removed.

Rodriguez said he was especially alarmed by comments on the Tesla Owners Worldwide private Facebook page, which listed 87,500 members on Saturday. A member had posted a story about his favorable Mach-E reviews and it unleashed a torrent of what he perceived to be disturbing attacks.

"One was, like, 'I hope the car loses control and crashes.' Or 'The car is going to catch fire when you're driving it,' " he said. "I took that as a threat. For you to have any kind of ill will on anybody, why would you say that? Then someone privately messaged me, 'You're full of s*** and I know what your Tesla looks like. If I see it …' That private message on Facebook was more threatening."

A Facebook message on a private Tesla group page was taken down after being reported for harassment. This image was provided by Sergio Rodriguez, the target of the harassment, on April 3, 2021. He owns both a 2021 Tesla Model X and a 2021 Ford Mustang Mach-E.

Someone in the Tesla Facebook group tagged Rodriguez, alerting him to comments.

"Before I knew it, about 65% of the comments were just bashing me," he said. "Part of me wants to get rid of my Tesla just not to have the association. A couple here and there, OK. But folks are commenting and saying disgusting things. 'You let big oil buy you?' and 'How much are people paying you?' If that's what's associated with being a Tesla owner, why do I want to be part of that group? It's not cool."

In response to the death threat tweet on Saturday, Levine replied, "So sorry to hear this. Horrifying. Hope you reported those."

A request for comment from Tesla on Sunday was not immediately answered.

Rodriguez flew to San Diego, California, to pick up his new SUV and drive it cross-country to the east coast in February. With a 2020 Tesla Model X in his garage, the electric vehicle advocate was curious to see how the high-profile all-electric vehicles compared. He shot video and posted it on YouTube. He has been active on social media, engaging with auto aficionados.

That has displeased Tesla fans.

"Some Tesla owners are fanatics of the brand and of Elon Musk," said veteran analyst John McElroy, "Autoline After Hours" host. "In their minds, they're on a messianic mission to save the planet. Anyone who is not with them is against them."

Tesla fans have insisted online that Ford must be paying regular people to post nice things on social media about the Mach-E, which has garnered a number of honors including 2021 North American Utility of the Year award in January, selected by some 50 international jurors.

When Karl Brauer, executive analyst at the car listing site iSeeCars.com, learned of the comments targeting Rodriguez, he said, "Why am I not surprised?"

"I’d like to think this represents an extremely small minority of fanatical Tesla owners," Brauer said. "It’s hard to believe it’s a genuine risk for Mach-E owners, but we sadly live in a world where every threat of violence has to be taken seriously."

The auto industry has had vicious conflict between brands in the past, Brauer said.

"There are stories of Japanese car owners in the Detroit area facing the same issue back in the '70s and '80s. It speaks to the evolution of the industry when a Ford owner can face any form of threat in the U.S.," he said. "Nobody threatens an opponent who is seen as a non-issue."

Aggressive response is revealing, Brauer said. "If Tesla owners are trying to show courage and confidence in the presence of a rival, they’re doing it wrong." 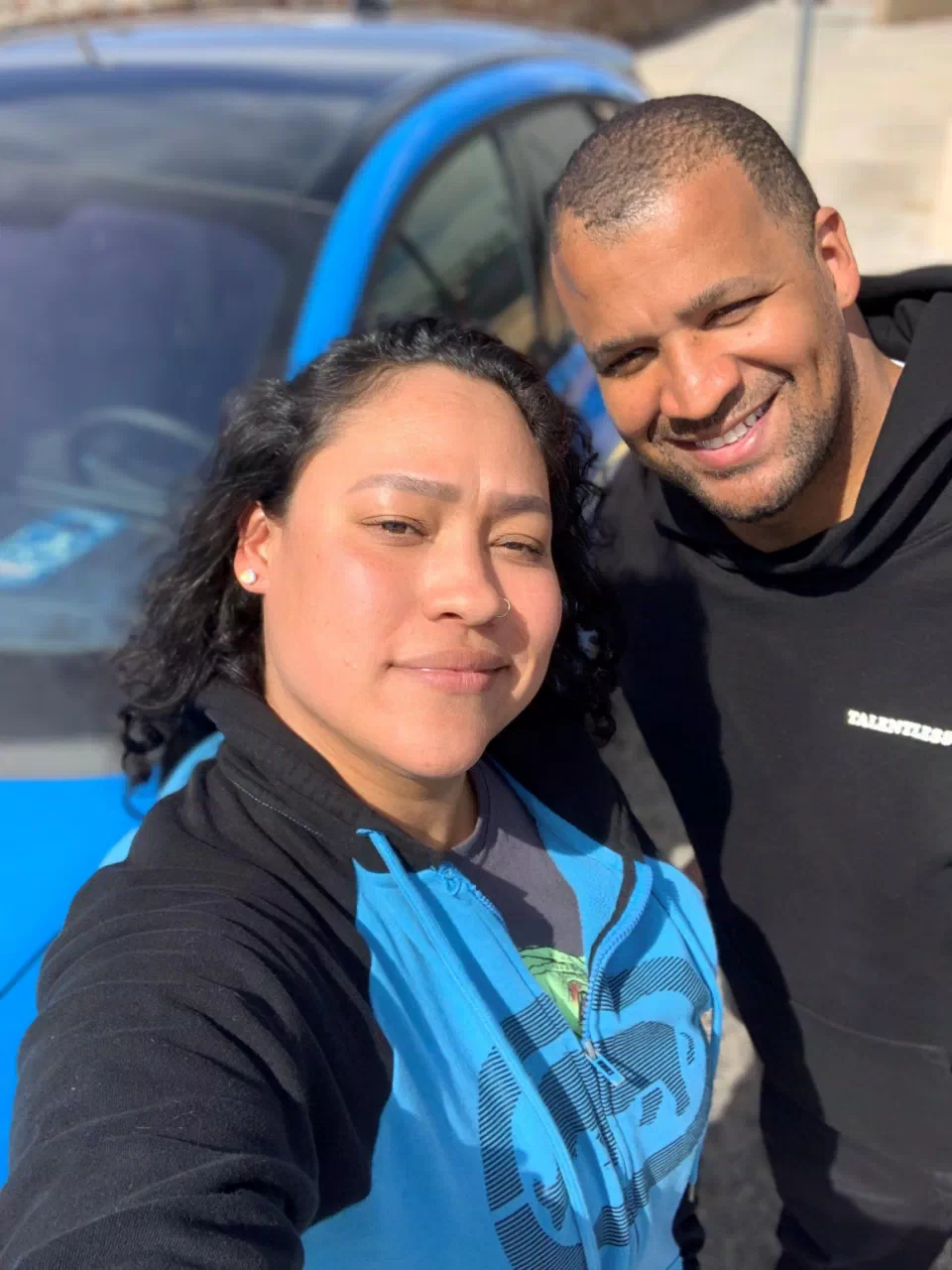 Pearl Tirado, left, met her brother Sergio Rodriguez for lunch in El Paso, Texas on Feb. 26, 2021. He stopped while driving from California to Georgia in his 2021 Mustang Mach-E.

What Mach-E offers that Tesla does not, Ford CEO Jim Farley said in November, "For me, the Mach-E is the first true competitor with Tesla. It's got Detroit swagger."