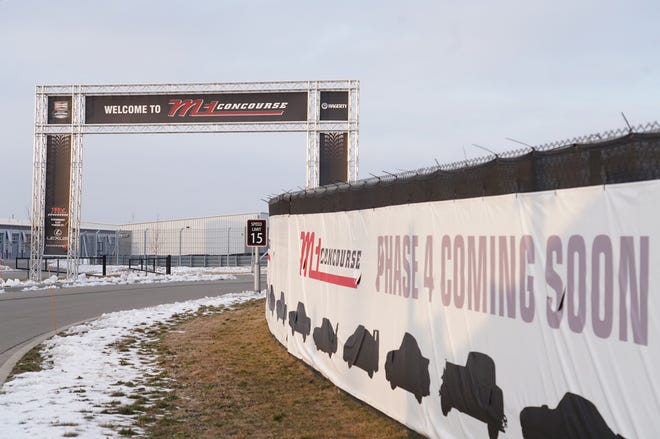 After years spent trying to reinvent itself as an indoor-outdoor event that would fill downtown Detroit with new cars and automotive festivities, the North American International Auto Show is folding its tent for 2021, relocating from TCF Center on the city's riverfront to M1 Concourse, a small development that includes a racetrack surrounded by luxury garages in Pontiac.

The new show, renamed Motor Bella, will be “a bridge to the future” of the auto show, according to a statement by the Detroit Auto Dealers Association, which runs the auto show.

Motor Bella will have an abbreviated run Sept. 21-26, considerably less than the original plan for events in downtown Detroit from Sept. 24-Oct. 9. The name “Motor Bella” was going to be used for a satellite show featuring Italian and English luxury and performance vehicles. Organizers expect the revised event to feature a wide range of brands and vehicles as well as demos of advanced technology and performance.

“This year will be as fluid with schedules of events as 2020, particularly as the rollout of the vaccine is slower and bumpier than desired,” Cox Automotive analyst Michelle Krebs said.

Sources cited concerns that COVID-19 would still be raging for the move to the smaller venue, which is entirely outdoors. In addition to vehicle displays from automakers, M1 Concourse will allow for events showcasing vehicle performance and technology.

The smaller event will still have a charity component to offset the cancellation of the Charity Preview, traditionally one of Detroit's hottest tickets and a multimillion-dollar benefactor to groups across southeast Michigan.

“This all-outdoor venue, with adrenaline-pumping track activities and a full complement of OEM and technology exhibits, is going to offer the sights, sounds and even the smell of all that the new world of mobility has to offer,” DADA executive director Rod Alberts said.

“We’re eager to learn more details about the DADA’s plans for the 2021 auto showcase at M1 and look forward to the return of the North American International Auto Show to TCF Center in 2022,” Ford chief communications officer Mark Truby said.

“We have an ongoing, really strong relationship with DADA. We applaud their creativity and commitment to safety,” said General Motors' Executive Director of Communications Operations Terry Rhadigan.

Pontiac Mayor Dr. Deirdre Waterman said in a statement: "The news about relocating the Auto Show to M1 Concourse this year again focuses on Pontiac as an epicenter of automotive history and development. We are excited and proud to be a partner in hosting this incredible event which will highlight Pontiac’s transformational progress."

The move is a significant retrenchment from just three months ago, when the show’s organizers announced a fall extravaganza in the TCF Center and surrounding streets, parks and public areas throughout downtown Detroit. 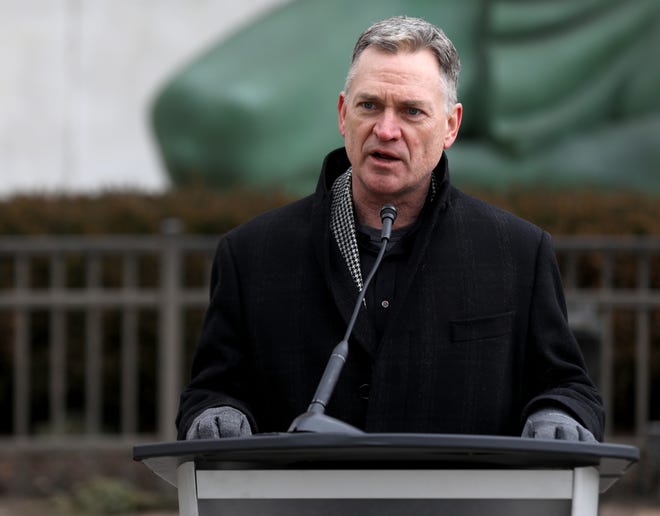 “While auto shows remain an important platform to promote new mobility innovations and to help people make major vehicle purchase decisions, the traditional auto show model is changing,” Rod Alberts said. “We cannot ignore the major disruptions caused by the pandemic and the impact it has had on budgets. As such, we will be providing an amazing experience to the media, the auto industry and the public in a cost-effective way.”

In addition to a 1.5-mile track, M1 offers space to demonstrate vehicles’ off-road ability. Motor Bella will include 1.6 million square feet of displays and demos. 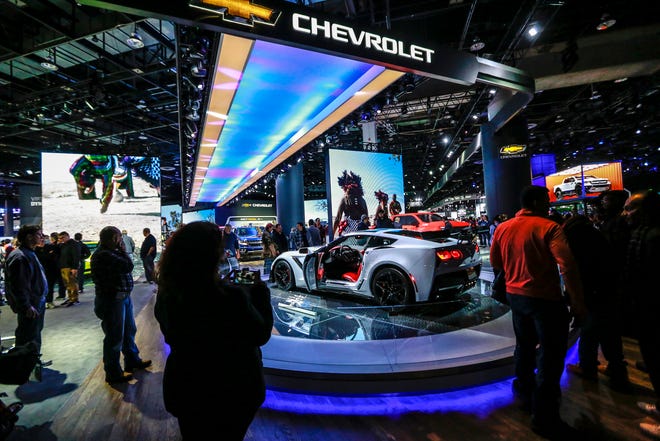 The Corvette ZR1 greets attendees as they enter the doors of the 2019 North American International Auto Show at Cobo Center in downtown Detroit on Jan. 19, 2019. Kimberly P. Mitchell

This marks the second year major U.S. auto shows have been thrown into disarray by COVID-19. The Chicago auto show, which traditionally takes place in February, is seeking government approval to take place in April. The Los Angeles show, which announced a move from fall to spring a few months ago, could be on thin ice as Los Angeles continues to be a virus hot spot. The L.A. show is currently scheduled for May 21-31.

If Detroit’s decision is any guide, the 2021 New York auto show, scheduled for the Javits Center in Manhattan Aug. 20-29, may also be in danger.

Show organizers won’t say anything about the future, or whether the North American International Auto Show name will live on.

“We are very cognizant of the importance and impact our show and our events have on the state and the entire metro Detroit area. This will always be part of our considerations for the future,” show chairman Doug North said. The auto show has been a major driver for business at restaurants, hotels and other businesses downtown.

The show's economic impact was estimated at up to $450 million a year as hotels and restaurants filled with visitors, including workers who spent weeks building elaborate exhibits and journalists and auto executives from around the world. The show has also been known to draw around 800,000 paying customers to its public days.