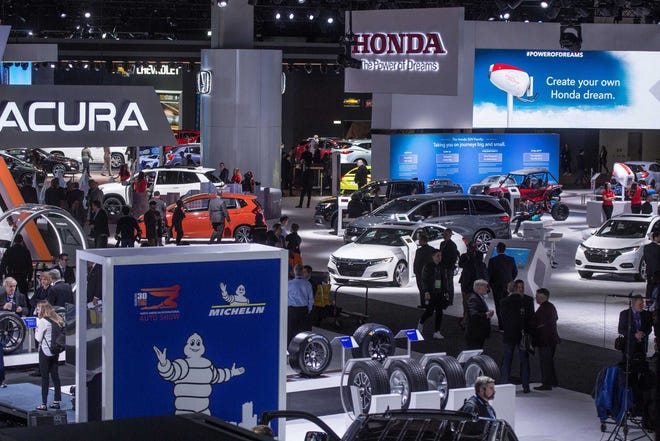 That move brought with it an ambitious plan to have outdoor attractions along the Detroit riverfront and at the parks to make the most of the scenic location, downtown restaurants and attractions.

DADA’s original plan for a show in June 2020 ran afoul of the COVID-19 pandemic and the status of Huntington Place — then known as Cobo Center or TCF Place —  as an emergency field hospital. DADA tried to reschedule for fall 2021, this time running afoul of the delta variant.

NAIAS has been one of southeast Michigan’s signature events for decades, regularly drawing 700,000-800,000 visitors, journalists and auto engineers and executives from around the world. At its peak, the show pumped $400 million annually into the local economy — more than hosting a Super Bowl.

Motor Bella, a separate show-affiliated event at M1 Concours in Pontiac last fall  suffered from inclement weather. It was not mentioned in the DADA's plans for 2022.