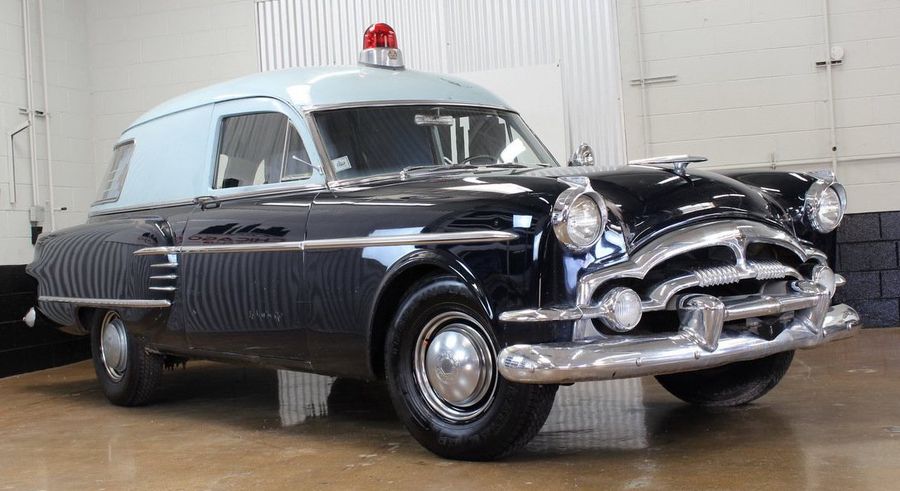 Technically, the 1954 Packard Henney Junior ambulance that the National EMS Museum intends to restore predates the formal Emergency Medical Services industry by more than a decade. But for a traveling museum that has highlighted both the distant and the recent past of emergency responders, it's still a fitting and welcome vehicle.

"We've wanted to have an ambulance to take to conferences and schools for a while now," said Kristy Van Hoven, the director of the museum. "But we definitely wanted something old and cool looking as opposed to the breadbox ambulances from the Eighties."

Museum officials got their wish when Richard Clinchy, the museum's president, found the Packard for sale in Chicago and arranged to have it donated to the museum, making it the museum's first vehicle. While Van Hoven is still researching its provenance, she believes it initially served as a prison ambulance then was pressed into service as a community ambulance, likely for a police department.

As noted in the National Institutes of Health's history of the formation of the EMS system, state and local efforts to treat and transport injured people remained a patchwork of unregulated services until the Sixties, when President John Kennedy proposed rapid response treatment as one balm for the growing number of traffic-related deaths across the country and when paramedics returning from Vietnam brought advanced training in injury treatment back to the States. The Highway Safety Act of 1966 is generally regarded as the birth of the EMS industry after it "specifically provided for federal involvement to improve EMS plans, ambulance specifications, equipment standards, communications, educational requirements, staffing, and other aspects of caring for medical emergencies." 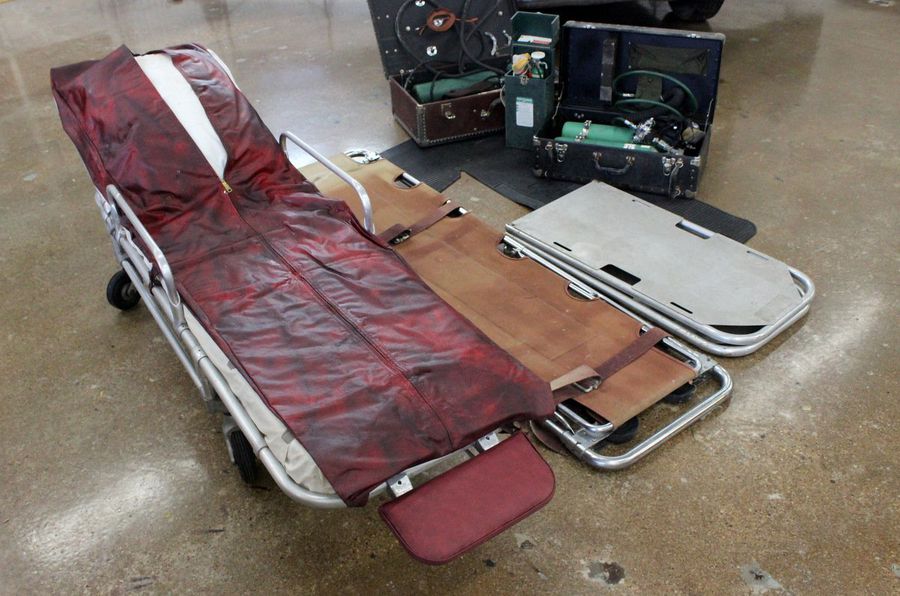 Some of the vintage medical equipment in the Packard Henney Junior ambulance.
While the pre-Highway Safety Act Packard itself is rare enough—according to the dealership that had the Packard for sale, Packard built just 500 Juniors over a two-year span, including 120 civilian units not set aside for government contracts in 1954—Van Hoven said it's rather unusual to find an ambulance like this one still with its original service equipment. Typically, EMS services retain some equipment when they upgrade vehicles or upgrade equipment during an ambulance's service life, and once such vehicles enter the collector's market, the equipment tends to get sold off piecemeal or kept for private collections.
"It has some resuscitators from the mid-Fifties, its original manuals, backboards, and a stretcher of the Fifties or Sixties era," she said. "It's an exciting thing to get it out of the private sector as well." 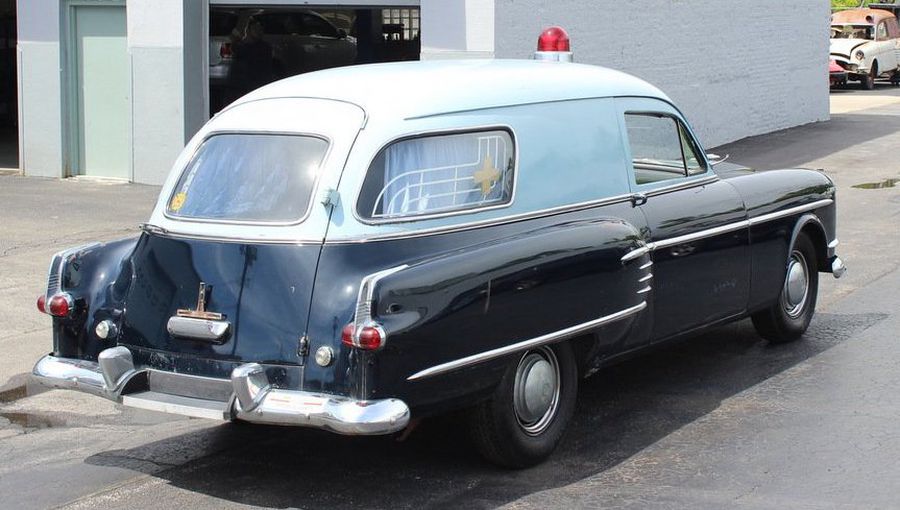 The ambulance itself will need some work, however. According to the dealership's description of it, the Packard was most recently road legal in 2002, but no longer runs due to a stuck cylinder. It has chipped paint, some rust forward of the rear wheelwells, a cracked windshield, and a missing side mirror. It does roll, though, and Van Hoven said it's still worth saving.
Thus the National EMS Museum has started a crowdfunding campaign to raise enough money to restore the Packard. Van Hoven said she's getting detailed quotes for its restoration now, but the crowdfunding campaign has a goal of $5,000. To date, $25 has been donated to the campaign.
As for a permanent home for the Packard, Van Hoven said the museum currently operates as a virtual museum (its mailing address is in Florida while its donation address is in San Diego), but the ultimate goal of the museum officials is to one day have a building out of which they can operate and in which they can display artifacts like the Packard.
The National EMS Museum's current virtual exhibit, "California Responds: The Legacy of California's Emergency Medical Services," is available on the museum's website. On June 27, the museum will partner with the Carter County Museum in Ekalaka, Montana, to present an exhibit dedicated to the Art of Emergency Care.
For more information, visit EMSMuseum.org.
SOURCE: HEMMINGS
← Go Back To List