The new Vivid Orange Metallic paint color (RPO code GCF) is set to replace the current orange hue on the Camaro’s color pallette, Crush. The Crush orange color is a gloss paint, whereas Vivid Orange has a shinier metallic finish and also appears slightly darker. Chevy has not said how much Vivid Orange Metallic will cost to order, but the Orange hue that it replaces carried a $395 price premium. 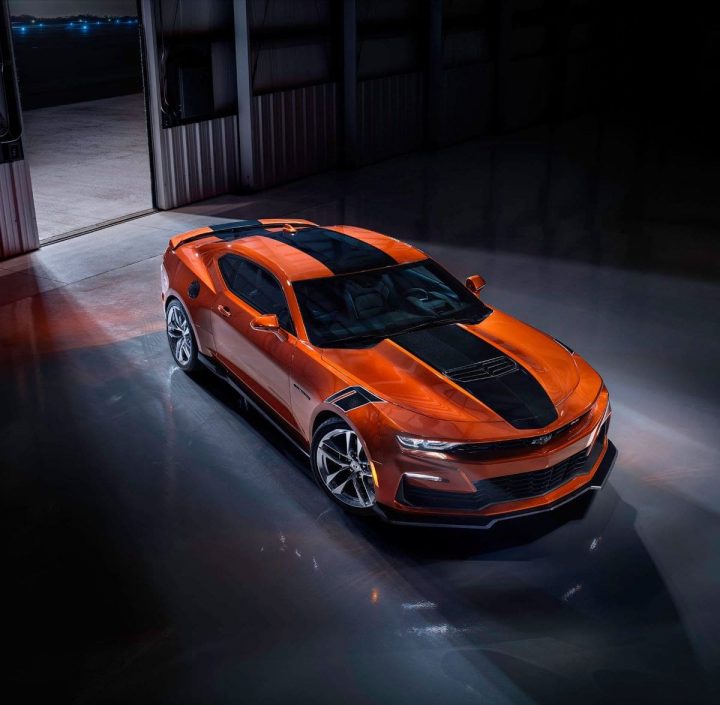 Vivid Orange Metallic is one of two new exterior colors offered on the 2022 Chevy Camaro – the other being Rapid Blue, which replaces the eyepopping yellow-ish green Shock color. Chevy provided us with a sneak preview of the Chevy Camaro in Rapid Blue at the NASCAR season-opener in Daytona back in February, where a Rapid Blue Camaro served as the official pace car. 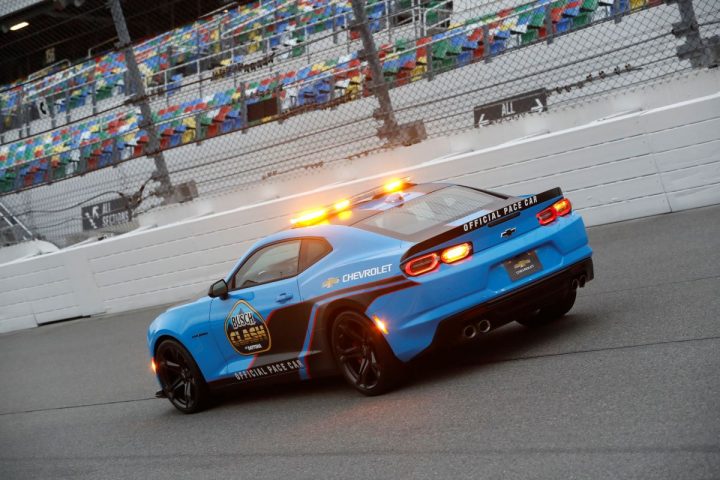 GM has planned numerous changes and updates for the 2022 Chevy Camaro. The sports coupe will lose one wheel option, will do away with the Kalahari beige interior color and the 1LE performance track pack will no longer be available on LT trim level models. A new Design Package 3 option will give customers a new personalization option, however, bundling together various exterior accessories including satin black hood stripes, a black fuel filler cap and Camaro-branded wheel center caps. Chevy will also offer a new copper-free performance brake pad for the eco-friendly states of Washington and California.

The start of production for the 2022 Chevy Camaro was previously pushed back from June 14th to September 20th. The delay is likely related to the recent production line stoppage at the GM Lansing Grand River Assembly plant in Michigan where the Camaro is produced, which was caused by a shortage of semiconductor chips.