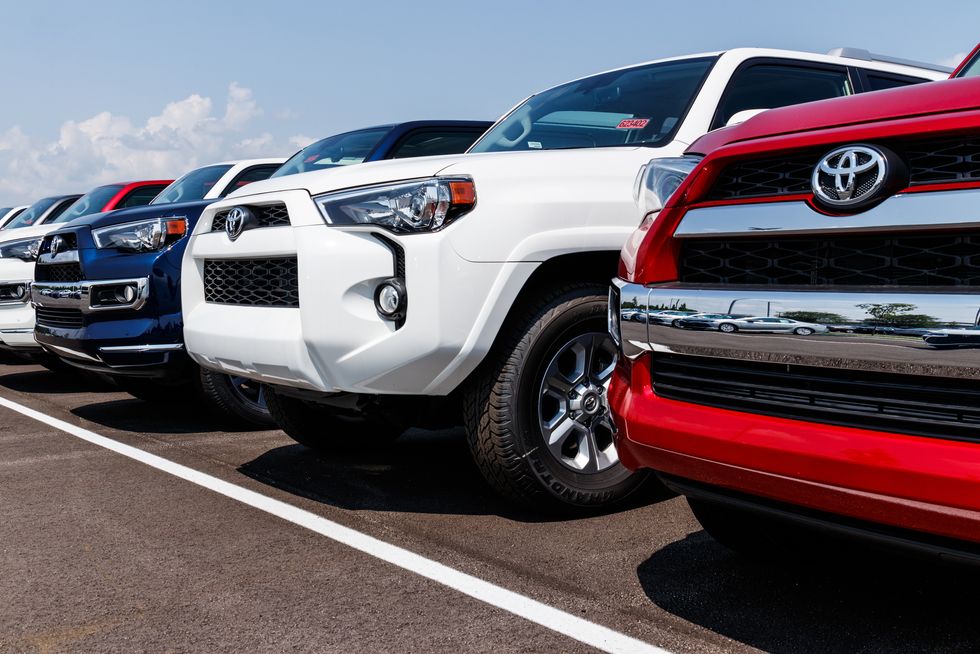 The automaker has settled with the federal government over a decade-long emissions defect reporting violation.

Toyota has agreed to pay a $180 million fine to the United States government over violations of Clean Air Act protocol that went on for a decade between 2005 and 2015. The violation was related to timely reporting of defects that interfered with some cars' tailpipe emission regulation systems. In a federal lawsuit, the EPA said that Toyota managers and other employees in Japan knew about the issues but systematically failed to report them as agreed between 2005 and 2015.

Automakers are required under Clean Air Act rules to notify the EPA when there are 25 or more vehicles or engines in a model year with the same defect in an emission-control component, according to the government's court filing against Toyota, which said Toyota was late in filing as many as 78 emission defect reports.

The EPA statement on the settlement quoted Audrey Straus, acting U.S. attorney for the U.S. District of New York, as saying, "Toyota shut its eyes to the noncompliance, failing to provide proper training, attention, and oversight to its Clean Air Act reporting obligations" and that this "likely led to delayed or avoided emission-related recalls, resulting in financial benefit to Toyota and excess emissions of air pollutants."

Toyota spokesperson Eric Booth said that the automaker alerted the government as soon as it became aware of problems and that delays in its reporting to the EPA resulted in "a negligible emissions impact, if any." Nevertheless, Toyota will not dispute the fine, which will be the largest civil penalty ever for a violation in emissions reporting, according to the EPA's statement on the settlement.

Toyota's record fine is still much lower than the $14.7 billion settlement paid by Volkswagen in the wake of its own emissions scandal in 2016, or the $2.2 billion settlement Daimler paid last year for an emissions cheating scheme. Toyota's fine is for delayed or missing reports to the EPA on emissions-related defects, and has not been treated as an attempt to cheat at emissions tests. As part of this settlement, Toyota has agreed to make mandatory twice-yearly compliance reports to the EPA.