A Weekend At Petit Le Mans 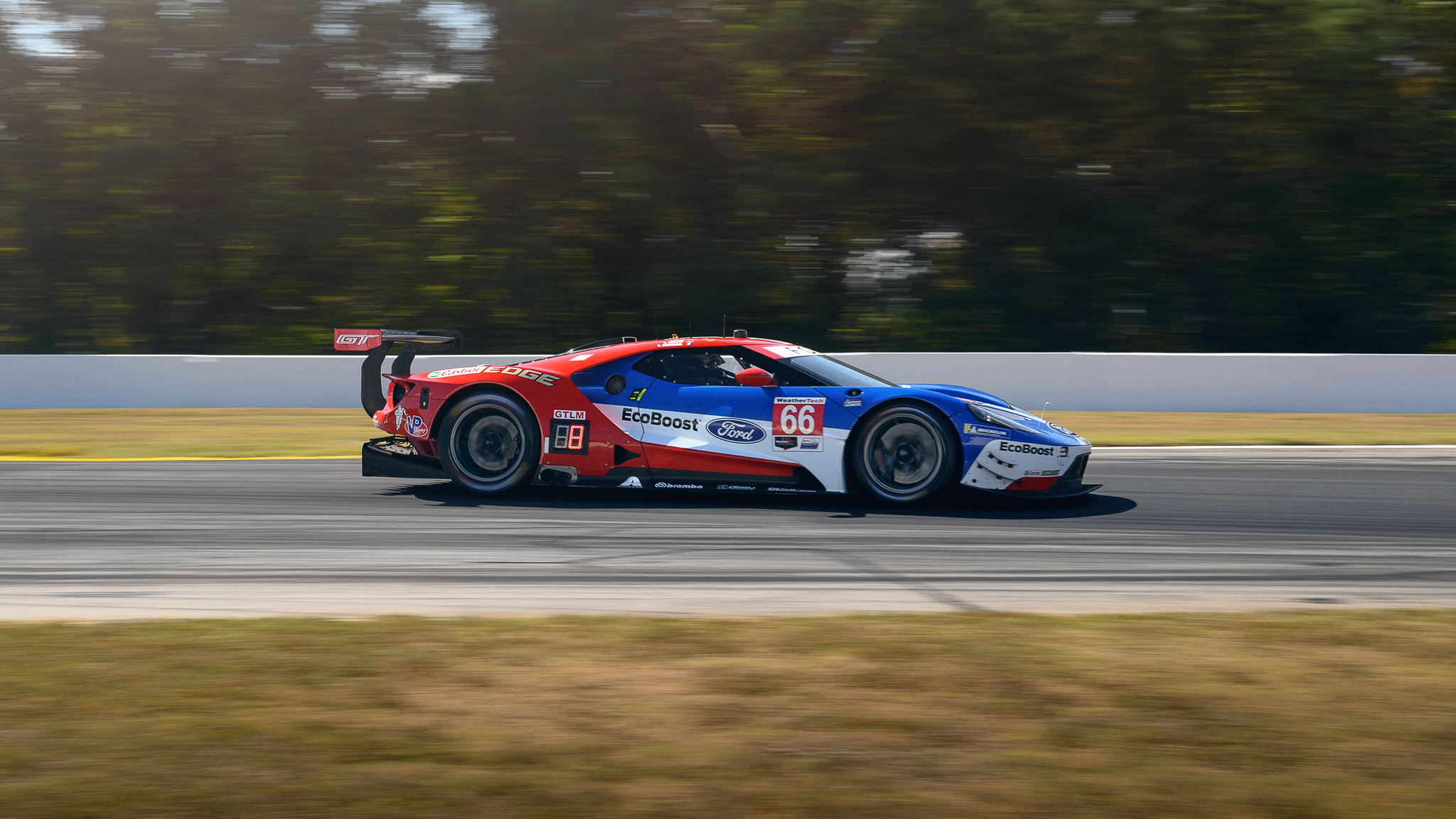 All photos by Dominic Mann

Well, it's already been almost two weeks and I've just about caught up with everything after my first trip to the Motul Petit Le Mans at Michelin Raceway Road Atlanta. If you've been, you'll already know how fantastic my time there was. If you've not, I highly recommend you experience it for yourself!

As with many racing fans, I'm sure, I have my dad to thank/blame. Because of him, I caught the motorsport bug at an early age and up until the age of 30, I lived in the UK in a town called Northampton, just 30 minutes from Silverstone. Regularly attending events there and elsewhere around my home country was something he and I would do as often as we could. As I grew older, likeminded friends and I would head off on several road-trips or vacations, planning them around similar events. From Formula 1 at the Hungaroring to the MotoGP at Circuit de Barcelona-Catalunya in Spain.

With that passion for all things motoring combined with an ever-growing photography hobby, things worked out perfectly when I landed my job here at RK Motors as an Automotive Photographer! Since then, I've wanted to try my hand at shooting motorsport and, after a brush with it almost 2 years ago at the Rolex 24 Hours of Daytona, I learned a number of things: 1) I developed a new level of respect for motorsport photographers - it's bloody hard! 2) I wasn't very good at it but found I did prefer certain areas of motorsport photography. And 3) I loved the atmosphere of motorsport in the US and I wanted more!

Not completely deterred by my miserable results of shooting the 24-hour race and still wanting to continue my efforts in capturing the cars, the people, and the energy in endurance racing, I swiftly accepted a friends recent invitation to join him for the Motul Petit Le Mans. Race weekend came around in no time and so I packed my bags and we headed to the Braselton, GA, track for the 10-hour race. 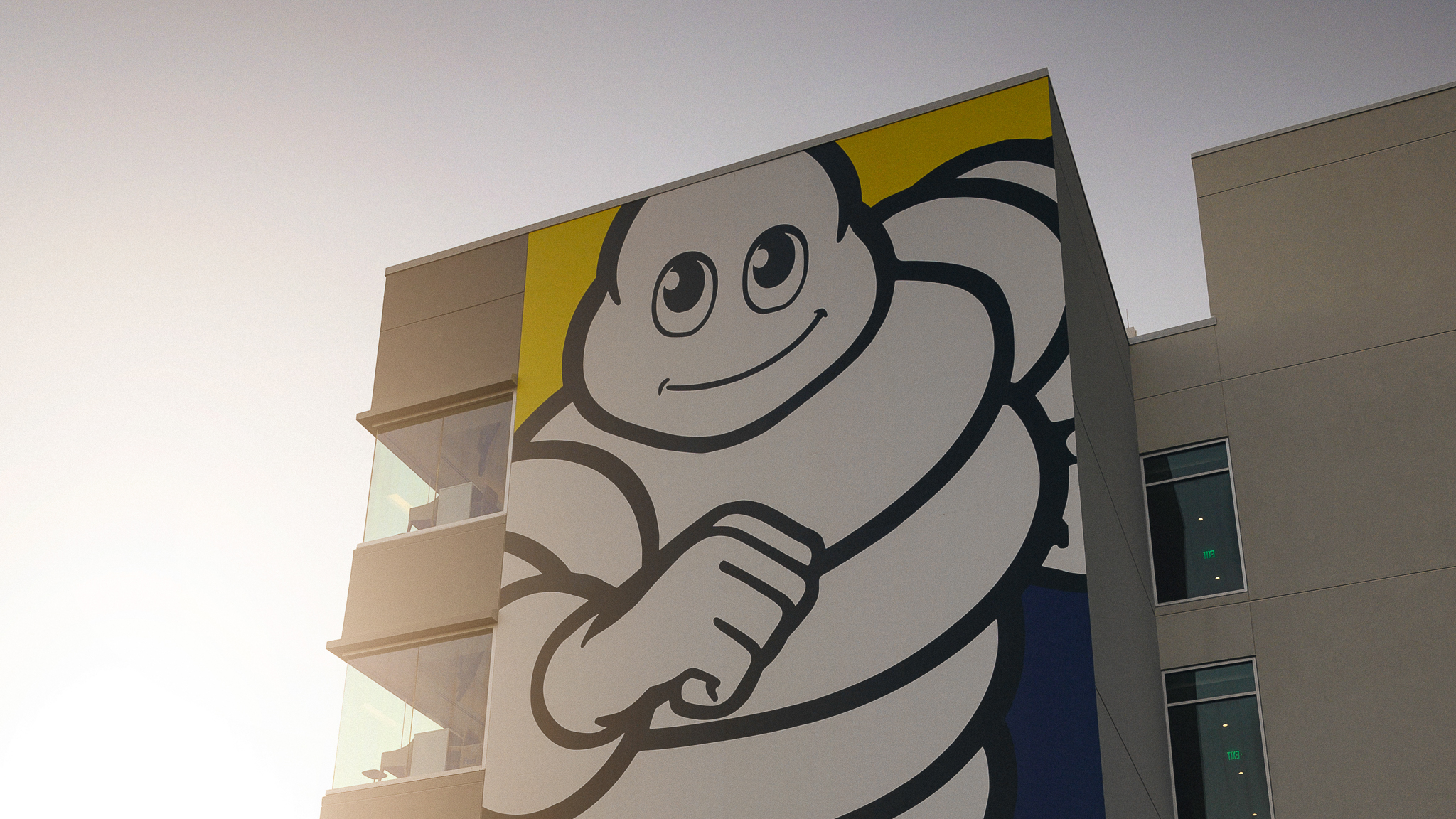 Once entering the 2.54-mile road course, I was met with the gorgeous screams of high-revving flat-6s as Thursday evening's race 1 of the Porsche GT3 Cup Challenge was underway. My eyes glanced at the cars and then a bridge crossing the track. That bridge framed the entrance of a flat-out turn 11 which takes drivers to the final sweeping corner, turn 12. Between them, an 80ft(!!) decline. Of course, the cars need to make their way back up there somewhere around the track and they do so throughout a number of exciting twists and turns and stomach-churning elevation changes. I was fortunate enough to get to experience this as a passenger in the 2020 Lexus GS F. Packing a 5.0-liter V8 and 467hp and piloted by a highly experienced wheelman, it was more than capable on the track as it climbed and dipped through those hills.

As the GT3s concluded their race and the sun continued setting on what was soon becoming my new favorite track, the IMSA WeatherTech Championship cars prepared for their third practice session. At 7:30pm, they left the pit lane and with immediate succession the rolling hills of the Georgia countryside came alive once again. With bass from the Cadillac DPi cars, baritone from Chevrolet's Corvette C7.R, and the soprano of the Porsche 911 RSRs, this was my kind of opera. And, given the spectator areas provide such close proximity to the track, everyone had the best seat in the house. 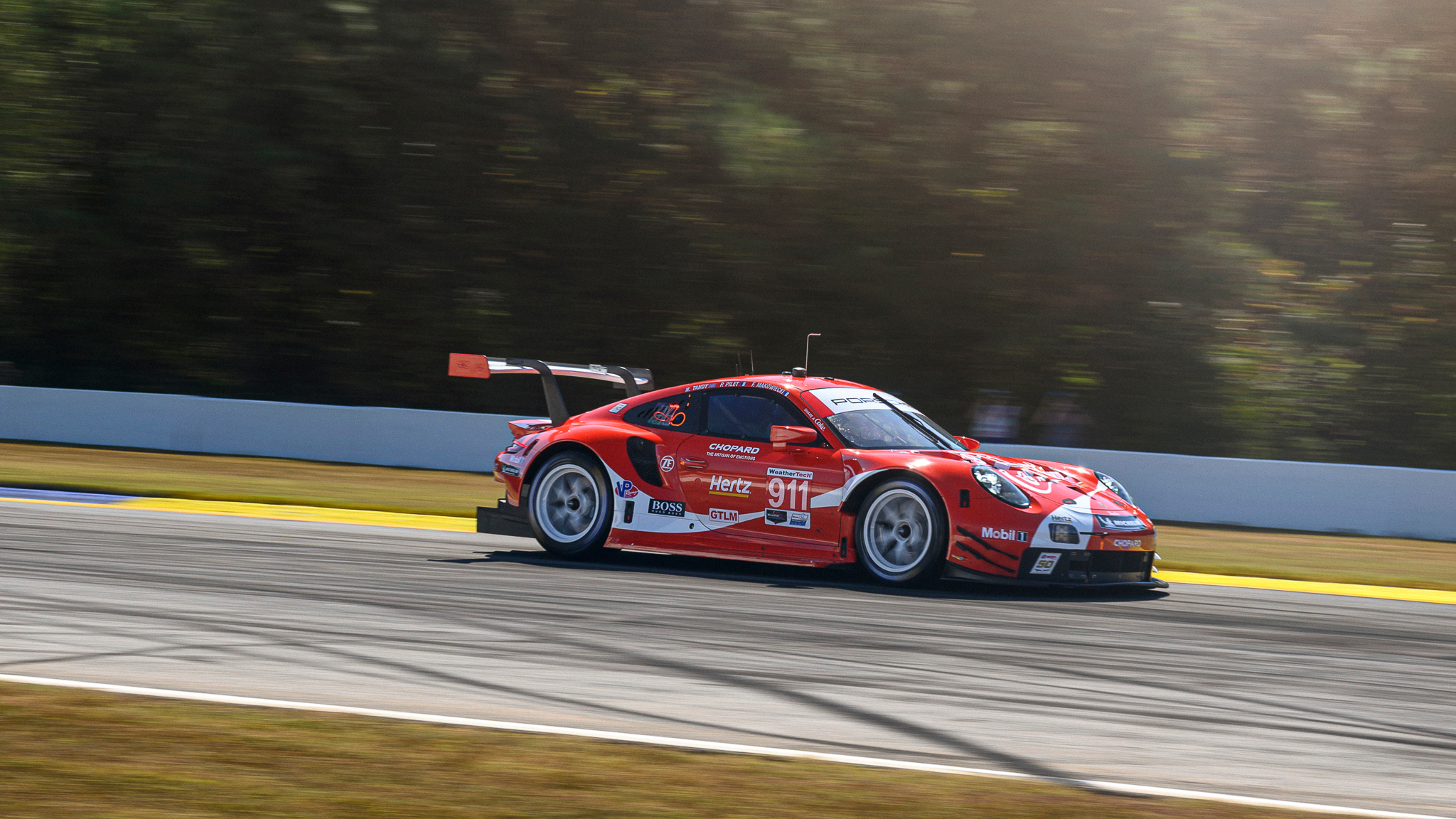 Following that outstanding welcome to Road Atlanta, Friday saw further excitement with the Prototype Challenge, practice sessions, race 2 of the Porsche GT3 Cup Challenge, hot laps, and marque-specific parade laps. Throughout the weekend, spectators could visit numerous car and motorsport-related stands and displays to buy food and refreshments, purchase memorabilia, or get an in-person look at vehicles such as the new Chevrolet Corvette C8 and Harley Davidson's all-electric LiveWire. Later at 3:55pm, the track was green-lit for the diverse and colorful array of WeatherTech cars to put down their best times and secure their positions in Saturday's rolling start.

The qualifying results placed the Whelen Engineering Cadillac at the front of the DPi class, the Mathiasen Motorsports ahead of Performance Tech in LMP2, both of the Ford GTs for Ford Chip Ganassi Racing leading the GTLM class, and Turner Motorsport's BMW M6 GT3 ahead of the GTD pack. 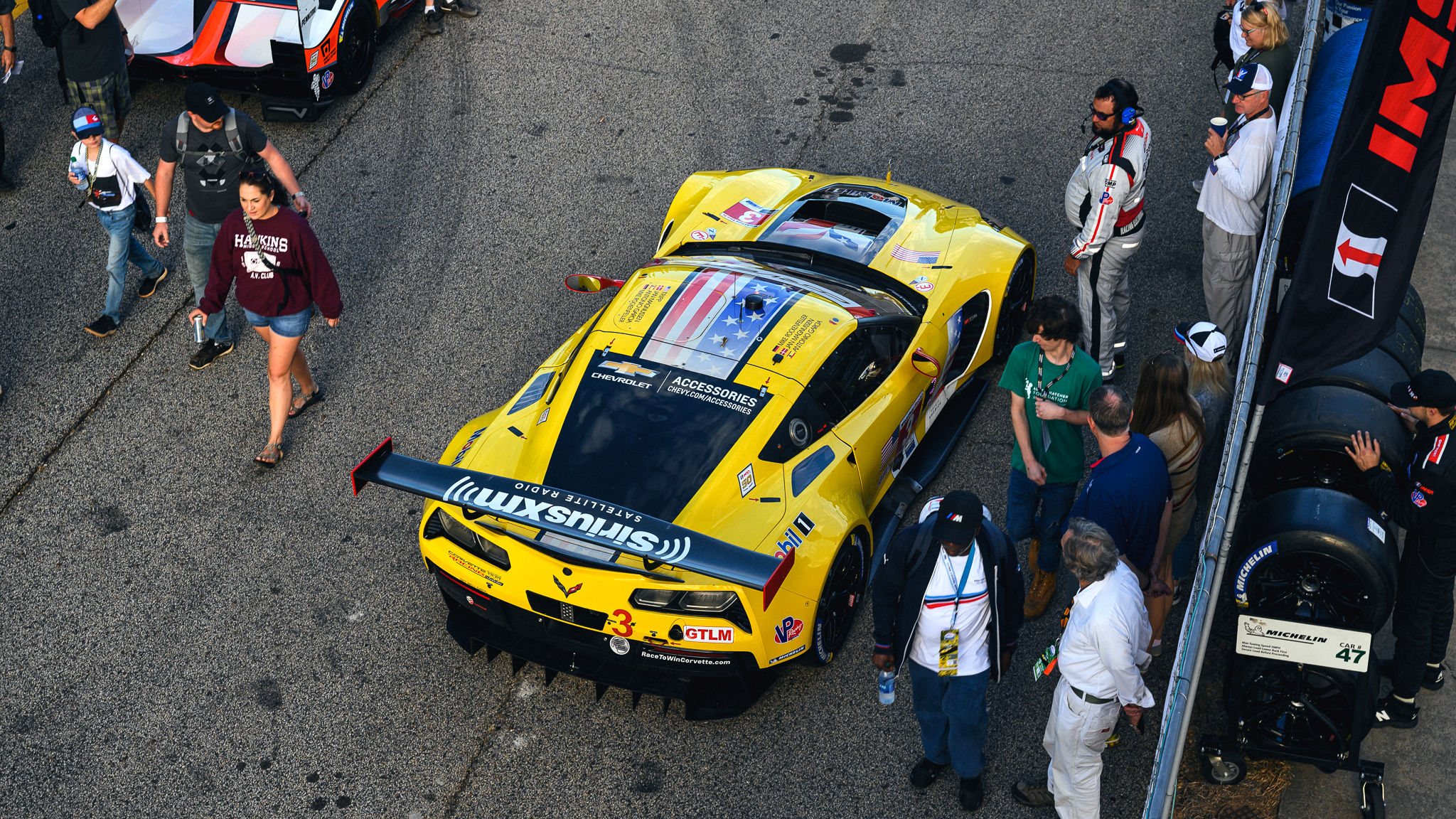 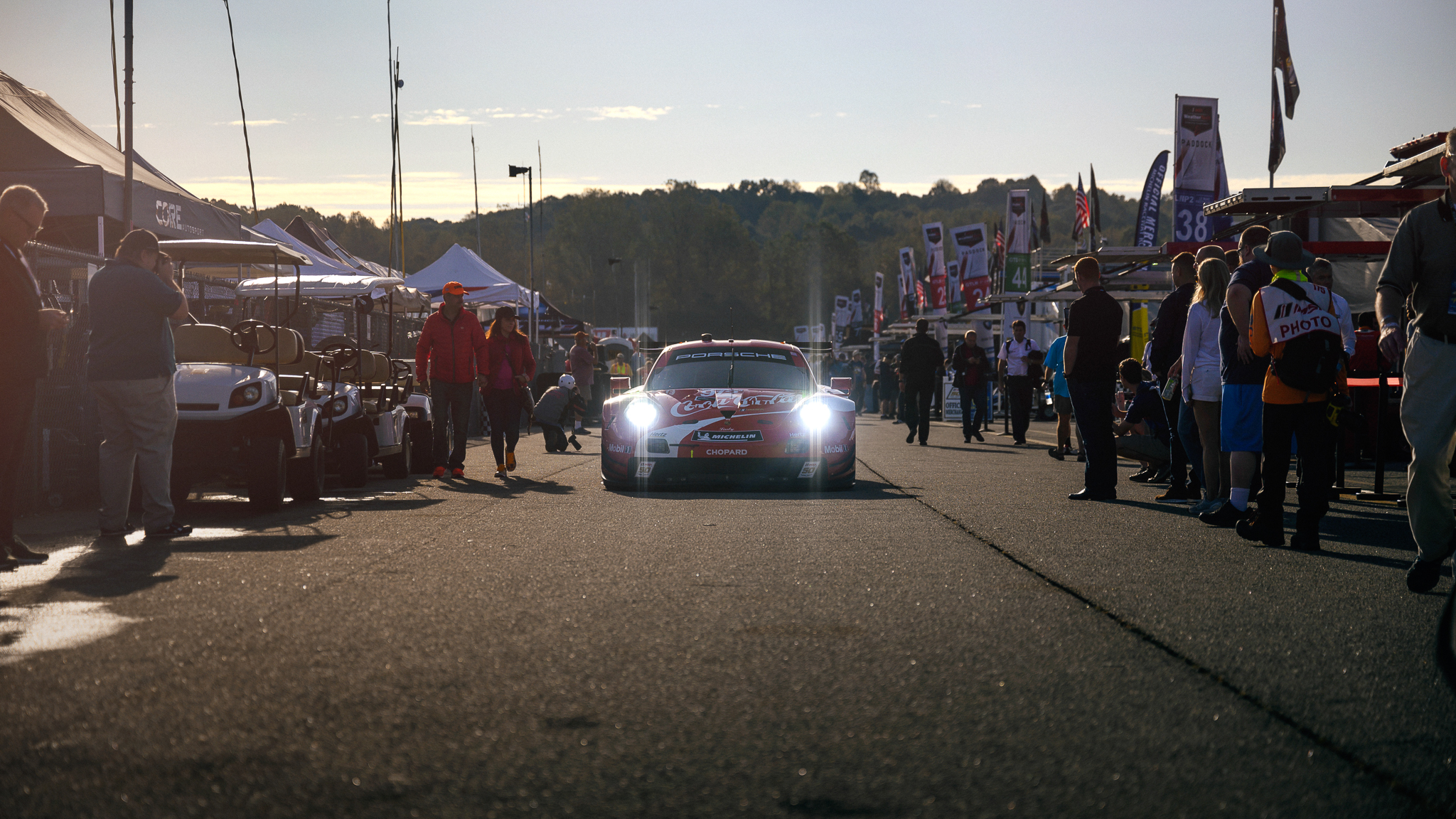 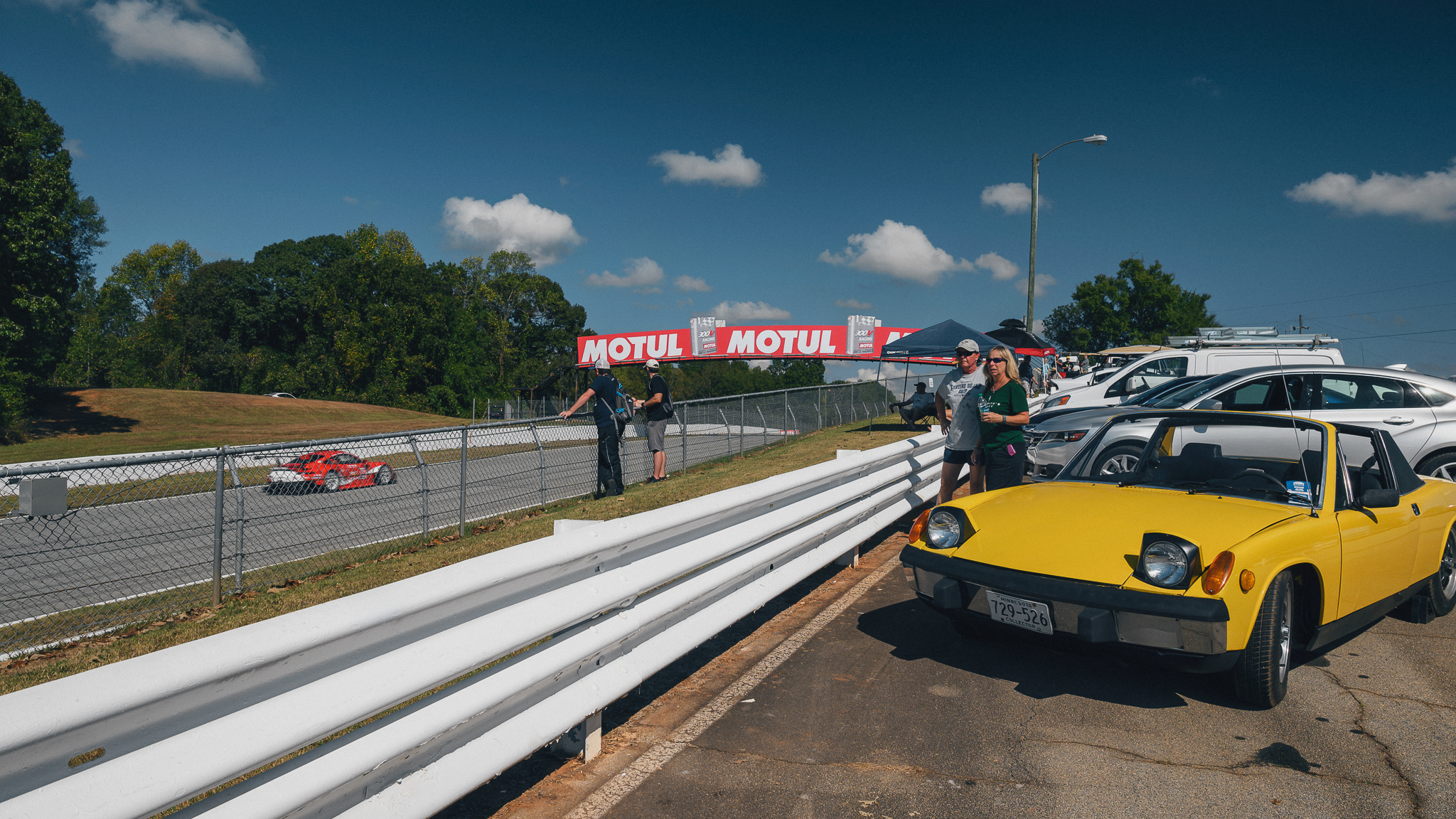 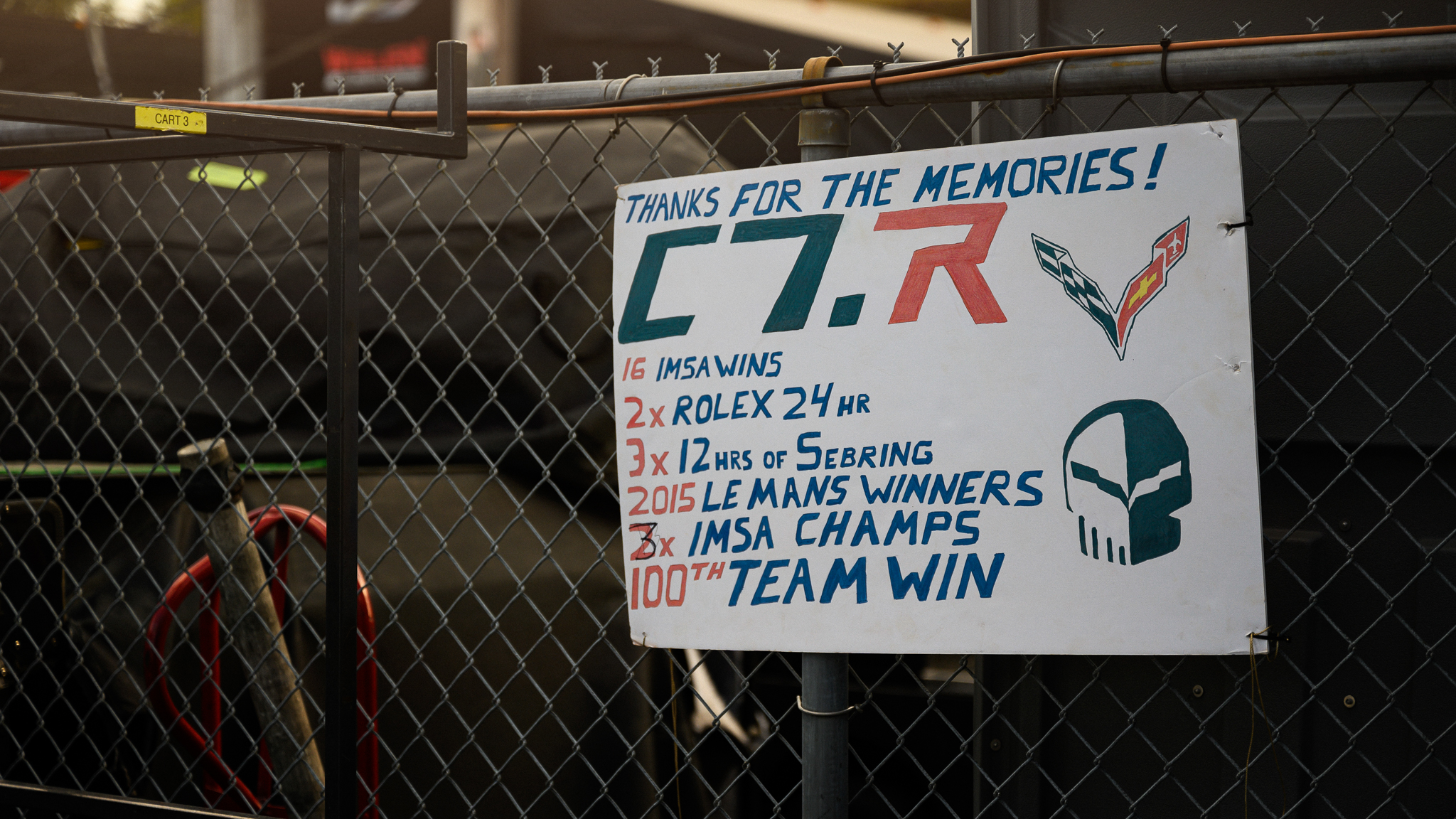 Saturday was race day and hoards of motor racing fans descended into 1,100 square miles of Hall County land for the final race of the season. 10:45am provided an opportunity for spectators to meet the cars and the stars with an open grid walk and driver introductions before being cleared ready for a parachuting display, a performance of the National Anthem echoing through the hills, and fireworks exploding above the newly finished Michelin building - filling the sky with red, white, and blue clouds of smoke. 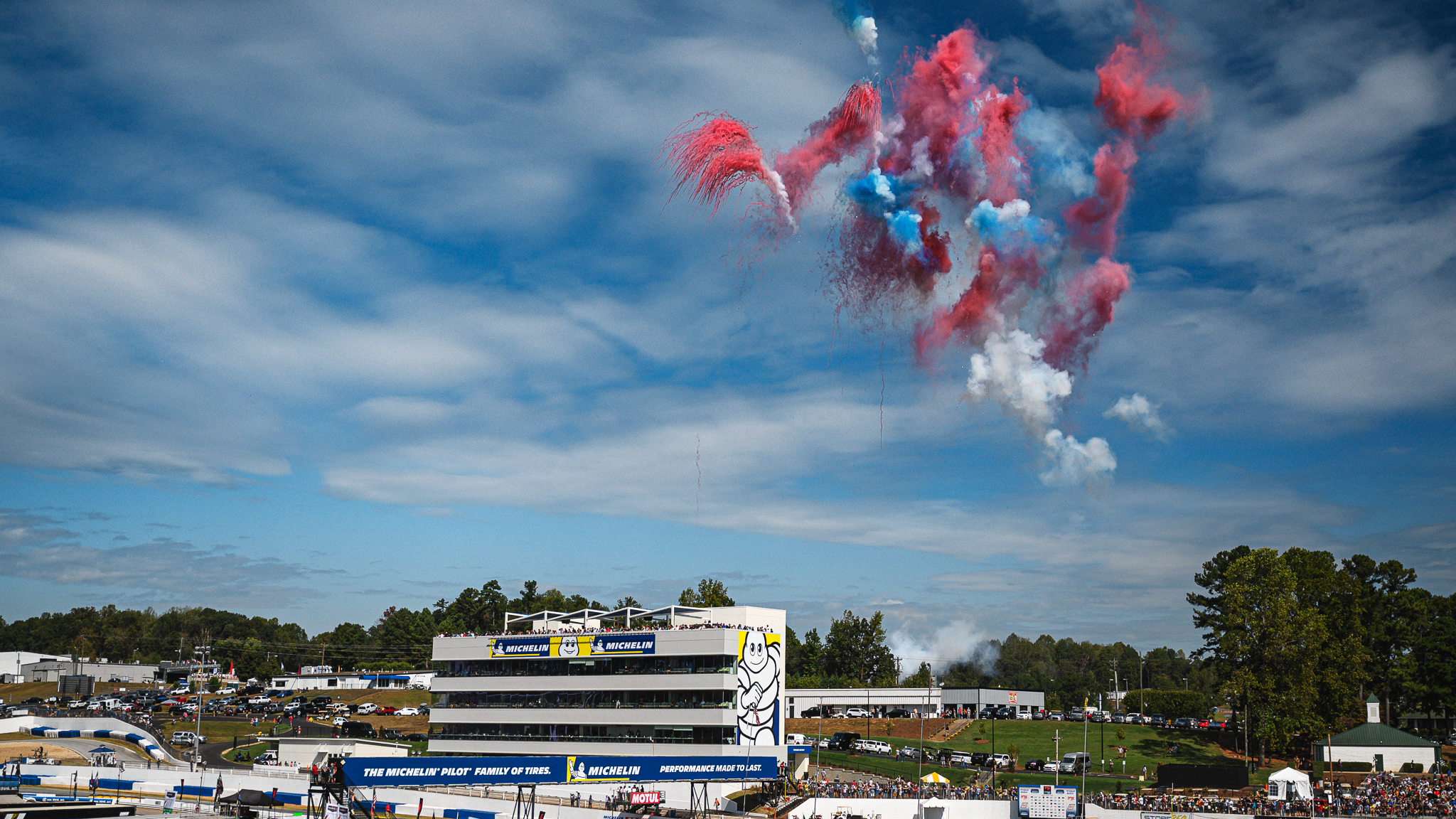 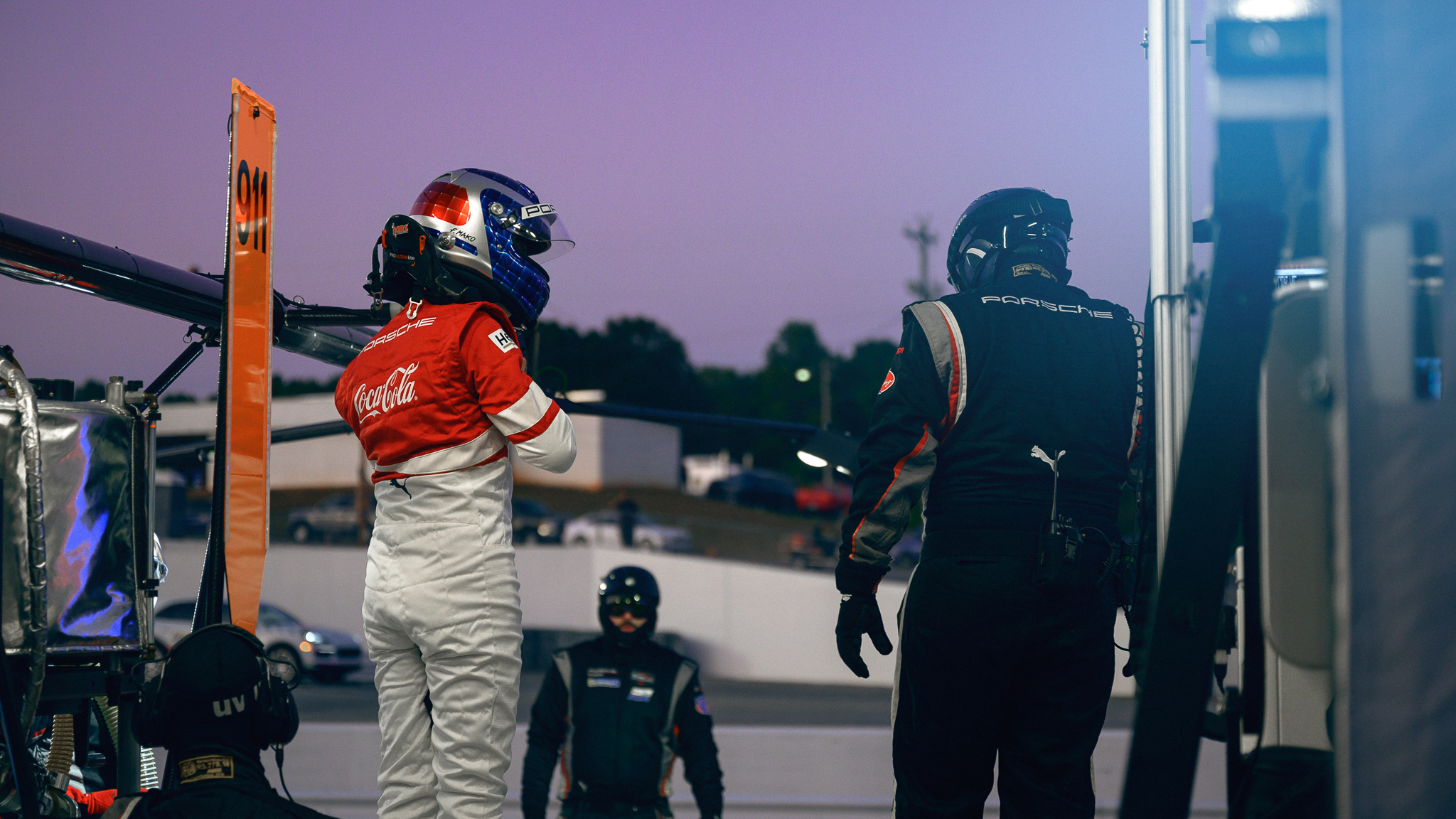 Upon completion of the pre-race show, the opening drivers buckled up and followed the pace car for the slower-moving formation lap, swerving and accelerating trying to generate warmth in their tires. The pace car exited into the pits at turn 11 and, at 12:05pm, 34 cars covering 4 classes hammered down the 80ft tall hill as fast as they could. The thunderous roar was back! Now with the accompaniment of screaming and cheering race fans! The 2019 Motul Petit Le Mans was underway! 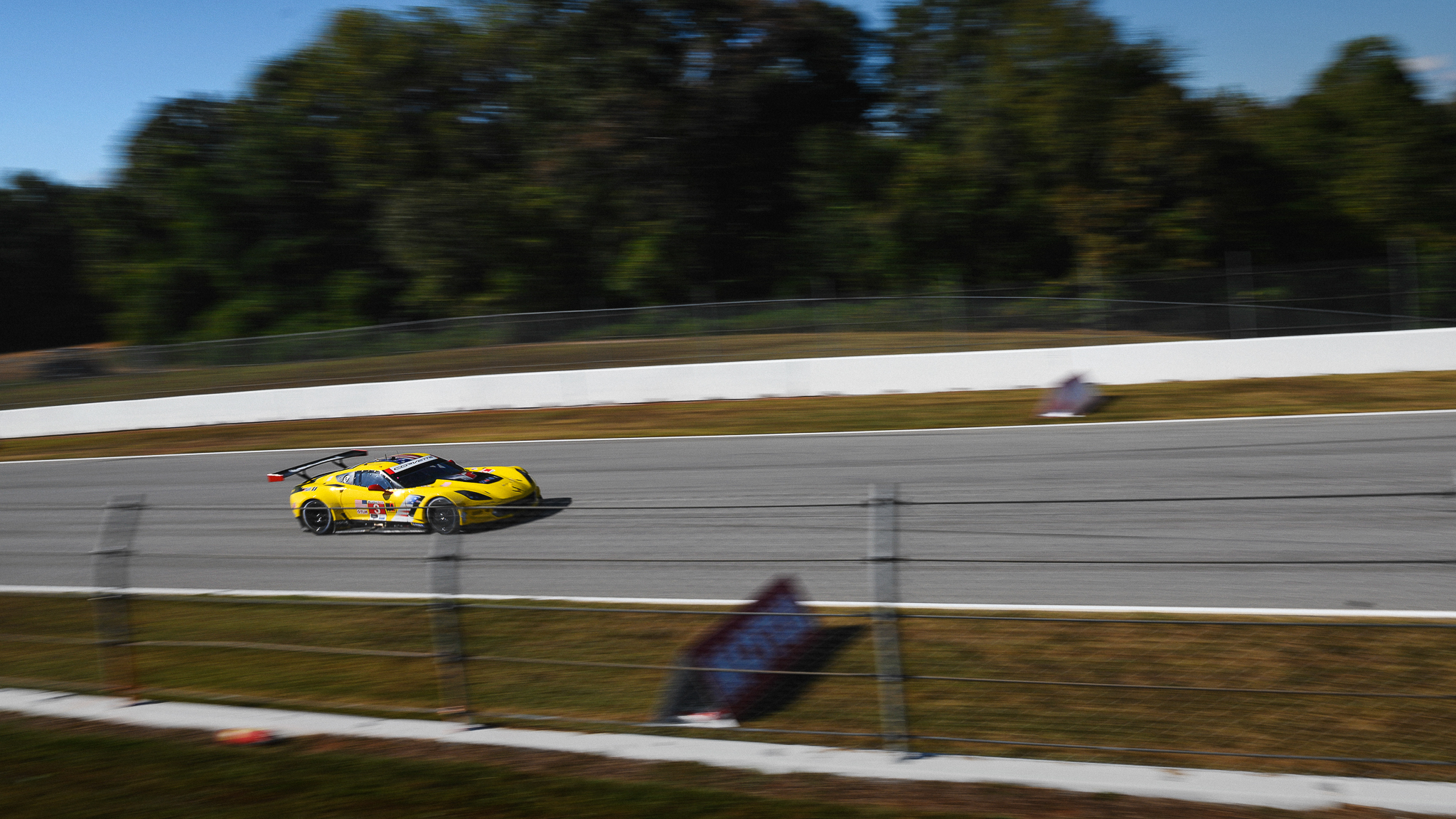 For the next 10 hours, onlookers watched as over 100 different drivers jumped in and out of the seats to pilot their cars. Each team implementing carefully planned strategies and each driver fighting to get to the front of their class. There were mistakes, crashes, malfunctions, issues during pit stops, slower traffic. There was constant overtaking between classes. Constant overtaking within each of the classes. All while dealing with tire wear, fuel consumption, track temperature changes, light changes. It was exciting. It was gripping. It was absolute mayhem.

At 7:04pm, the sun finally set behind Road Atlanta's surrounding landscape and the raceway was soon illuminated by trackside lights and fast-paced flashes of luminous yellow and intense blue-hued headlights each chased by bright red tails. While the day was ending, the nightshift had just begun for the teams. 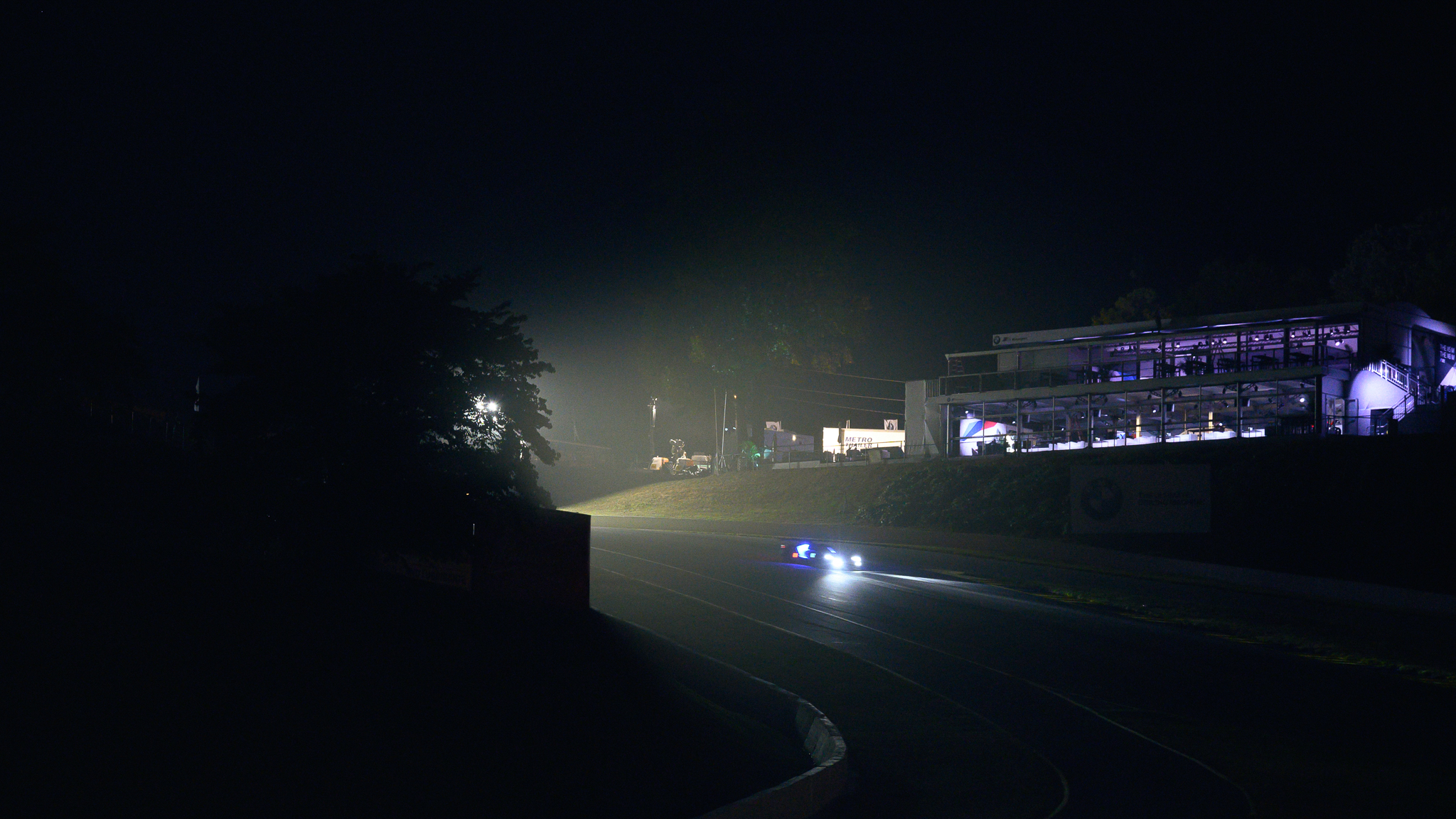 One of my favorite places to hang out (and seemingly shoot) at a motorsport event is the pit lane and IMSA kindly allows all visitors to access the paddock area to get incredibly near to the action. Absurdly near if you have a hot pass. Getting to see the action and smell the fuel and burnt rubber up close while watching the organized chaos of a well-executed pit-stop will forever amaze me. At this point during the evening, the once-energetic pit crew now look disheveled and tired and needing rest. But when their car is coming in, they revert back to being an unstoppable force with precision timing and expert efficiency. 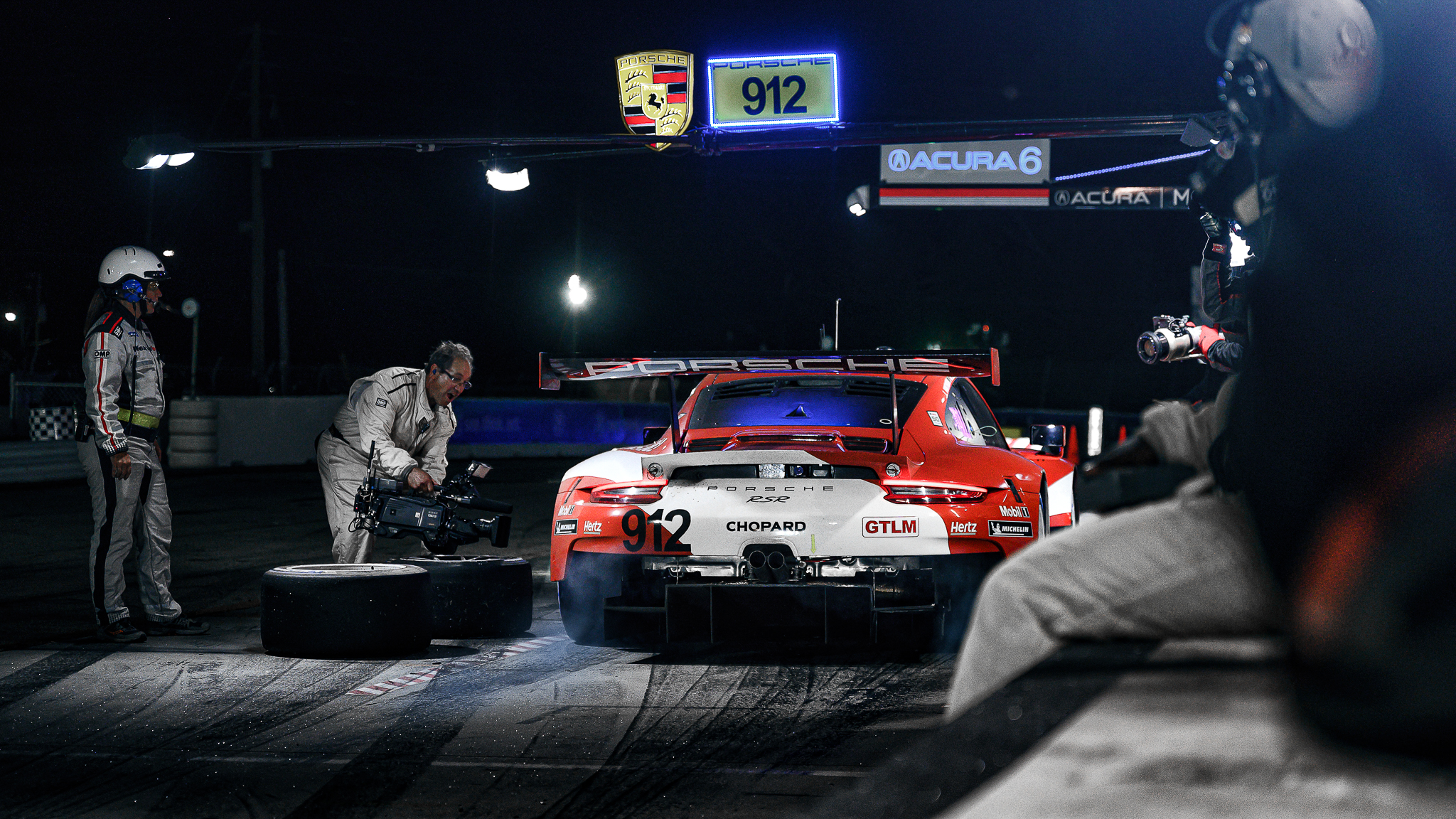 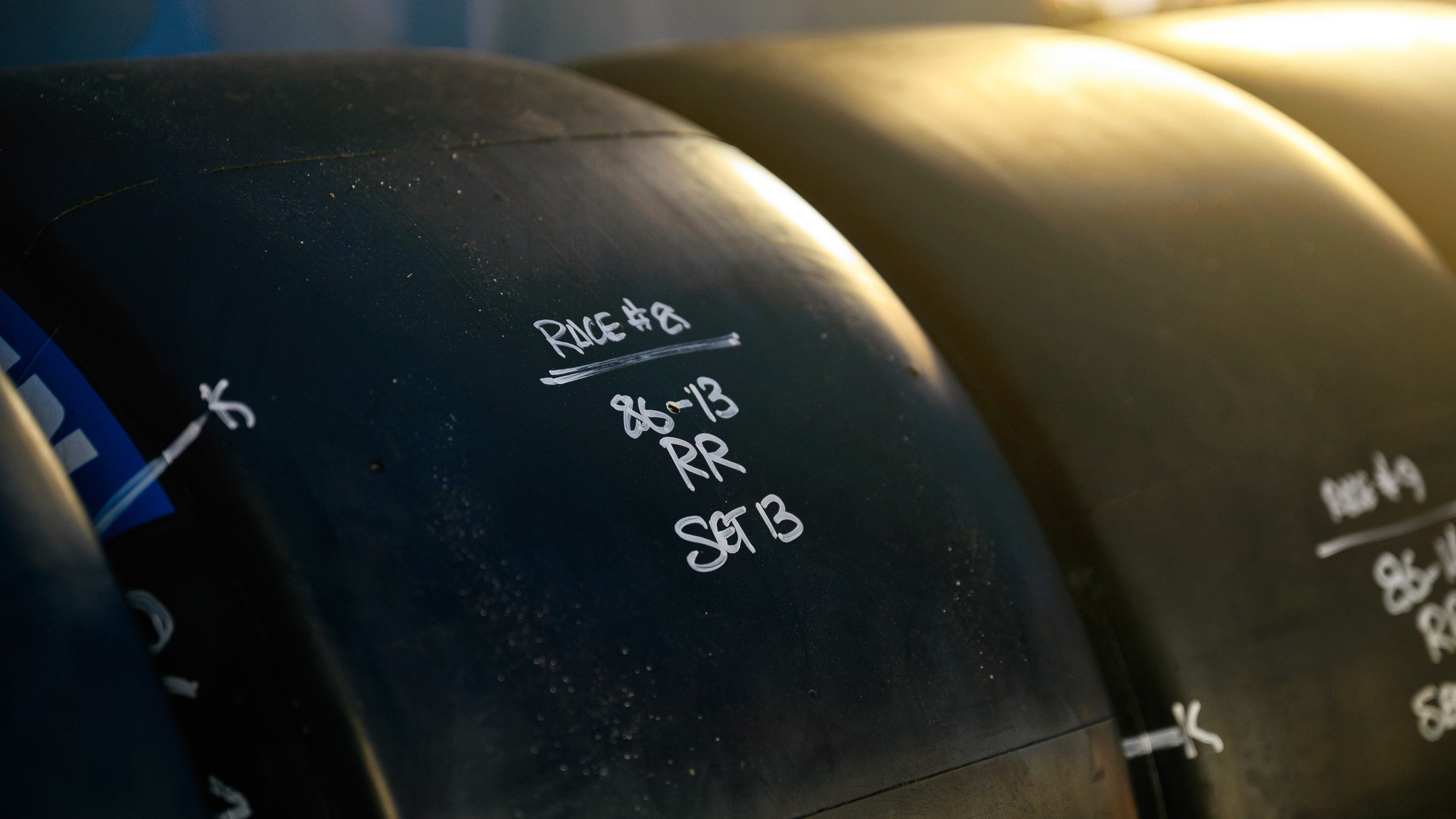 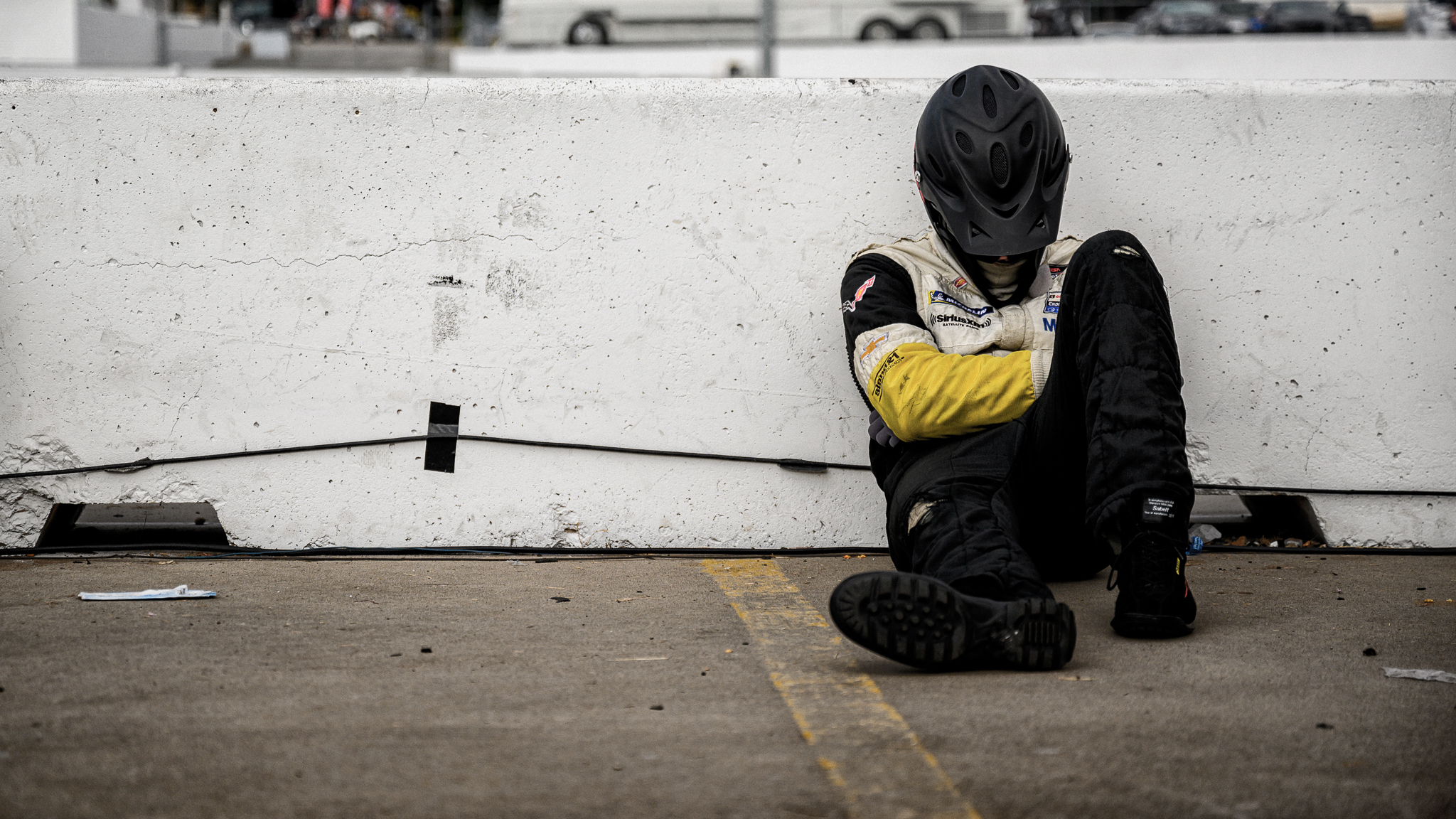 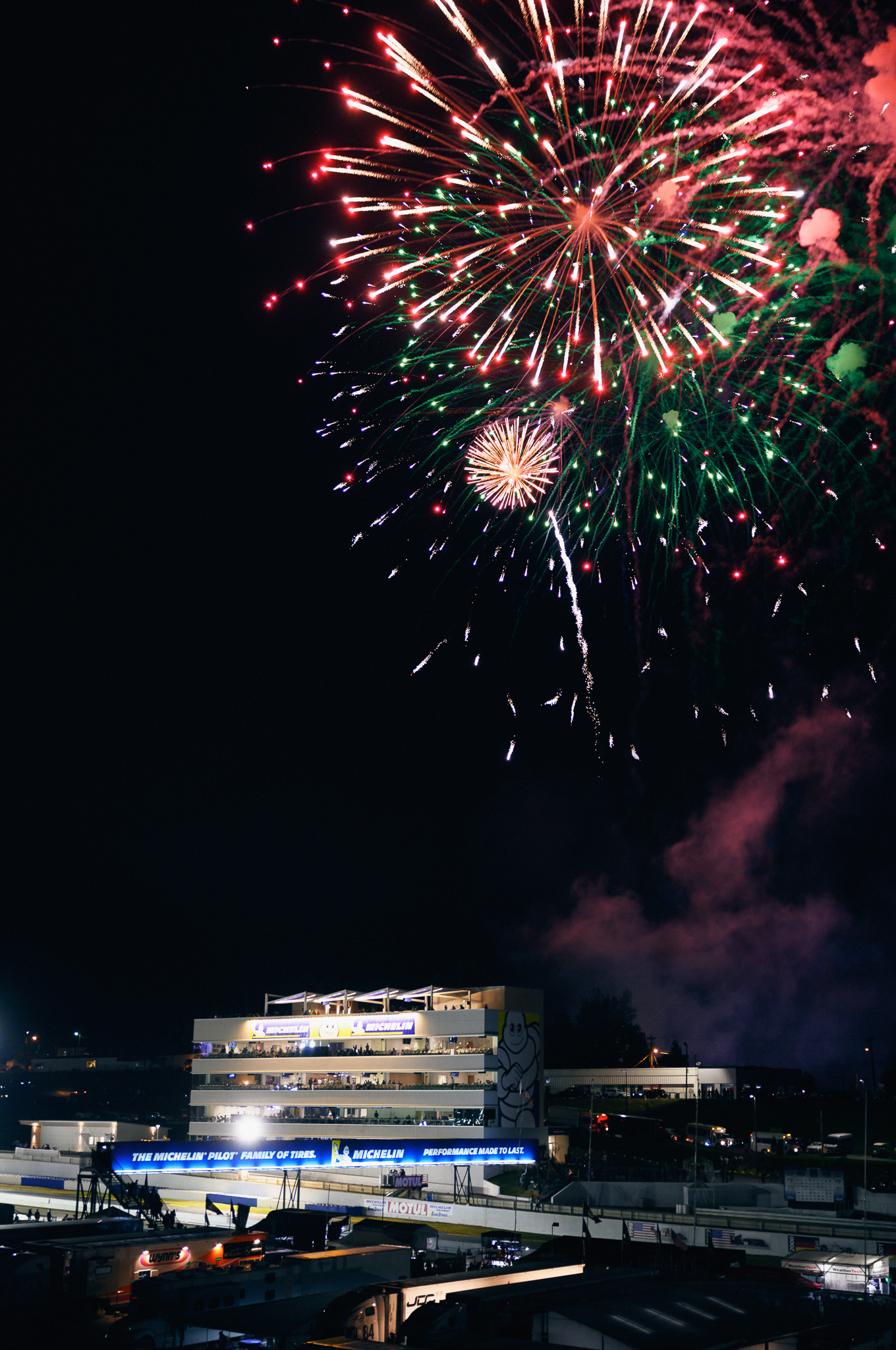 Throughout this season's races the points have stacked up and, with this being the final race for 2019, resulted in overall championship wins for Team Penske's #6 Acura in DPi, the #52 car from Mathiasen Motorsports' in LMP2, the Porsche GT team and their #912 car in GTLM, and Meyer Shank Racing's #86 car for the GTD class. 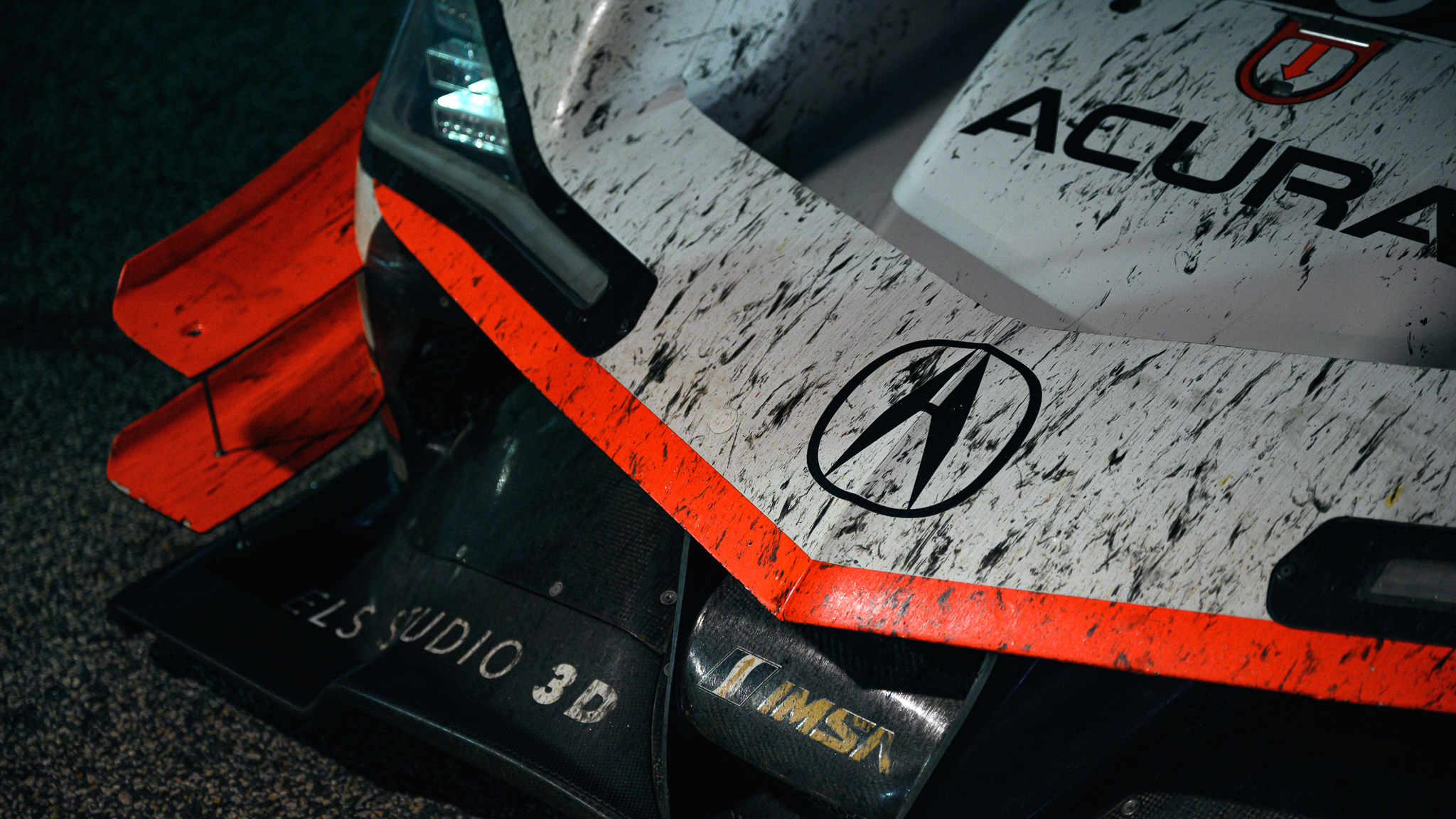 Once the champagne had flowed in true Dan Gurney fashion, we caught Justin Bell and Tommy Kendall interviewing both the race and championship-winning drivers for their live broadcast segment, The Torque Show. It was after this and as we headed back to the hotel that I reflected a little more on the overall experience. It was a 3-day weekend packed with the sounds and smells that I've grown up around. It was rumbling bass from thoroughbred V8 engines pounding deep in your chest. It was ear-piercing screams of European V10s and flat-6s. It was engineering put to the ultimate test by both manufacturers and privateers. But most importantly for me, it was the people. Men and women doing everything they could to be the best that they can be. The efforts poured into each and every role, whether behind the wheel or replacing one. The research and development. The organization of the track, cars, trucks, and teams. It is astounding. And finally, it's the people that gather to watch them do it. And the atmosphere they create. I met an immeasurable amount of people this weekend. All in great spirits. All with this shared passion of motorsport. And each team and race official on the podium thanked the fans and recognized their importance. Because without them, without people like us, the show simply couldn't go on. 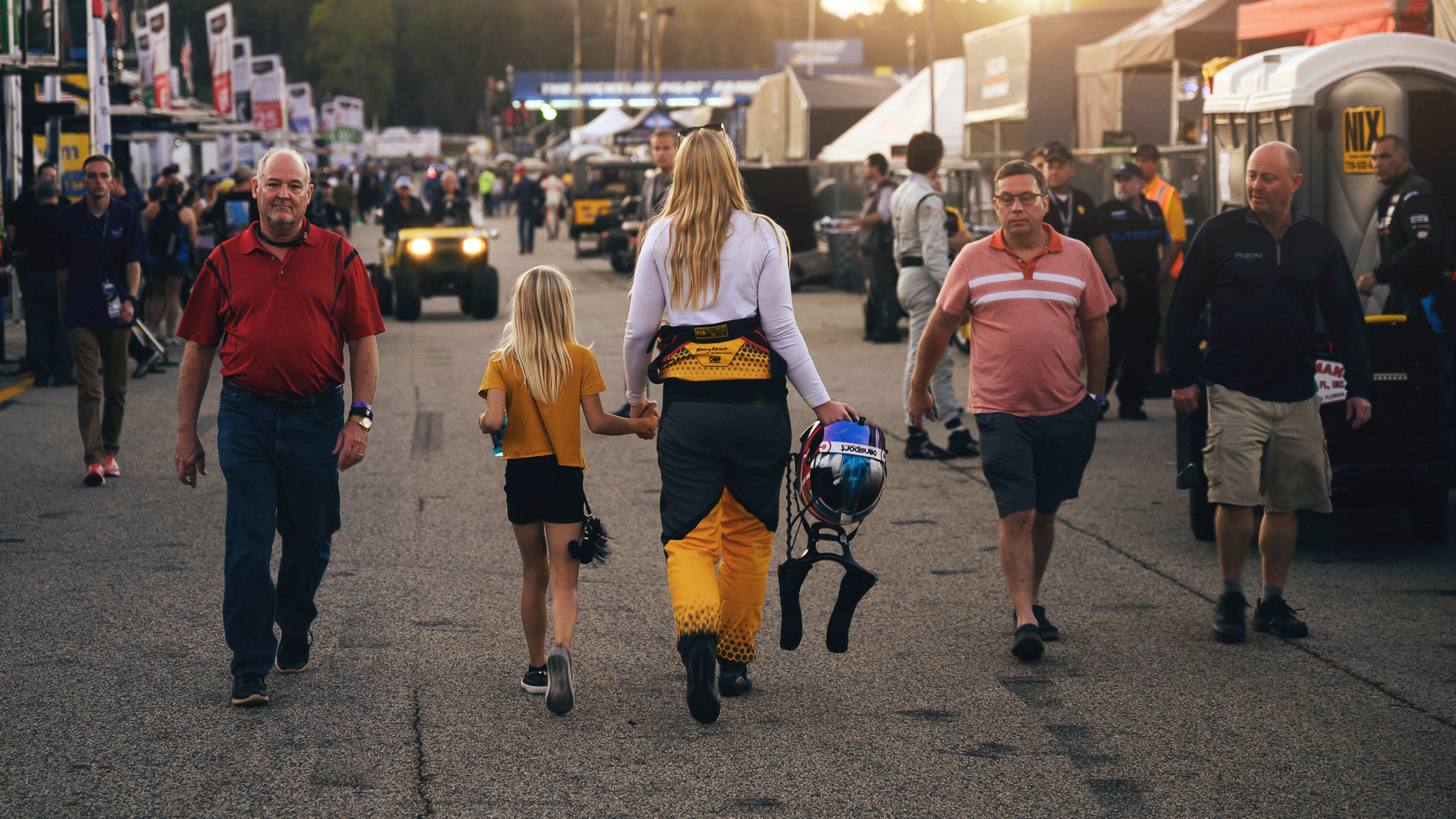 Congratulations to the all drivers and the teams behind them! And thank you for putting on such a fantastic event! IMSA, you have a life-long fan here and I'll be back for more action in the 2020 season!

I'd also just like to thank those who helped make this experience so memorable: Joey Richey, Donato Bonacquisto at VP Racing Fuels, RK Motors, Chip Ganassi Racing, and everyone I met throughout the weekend. 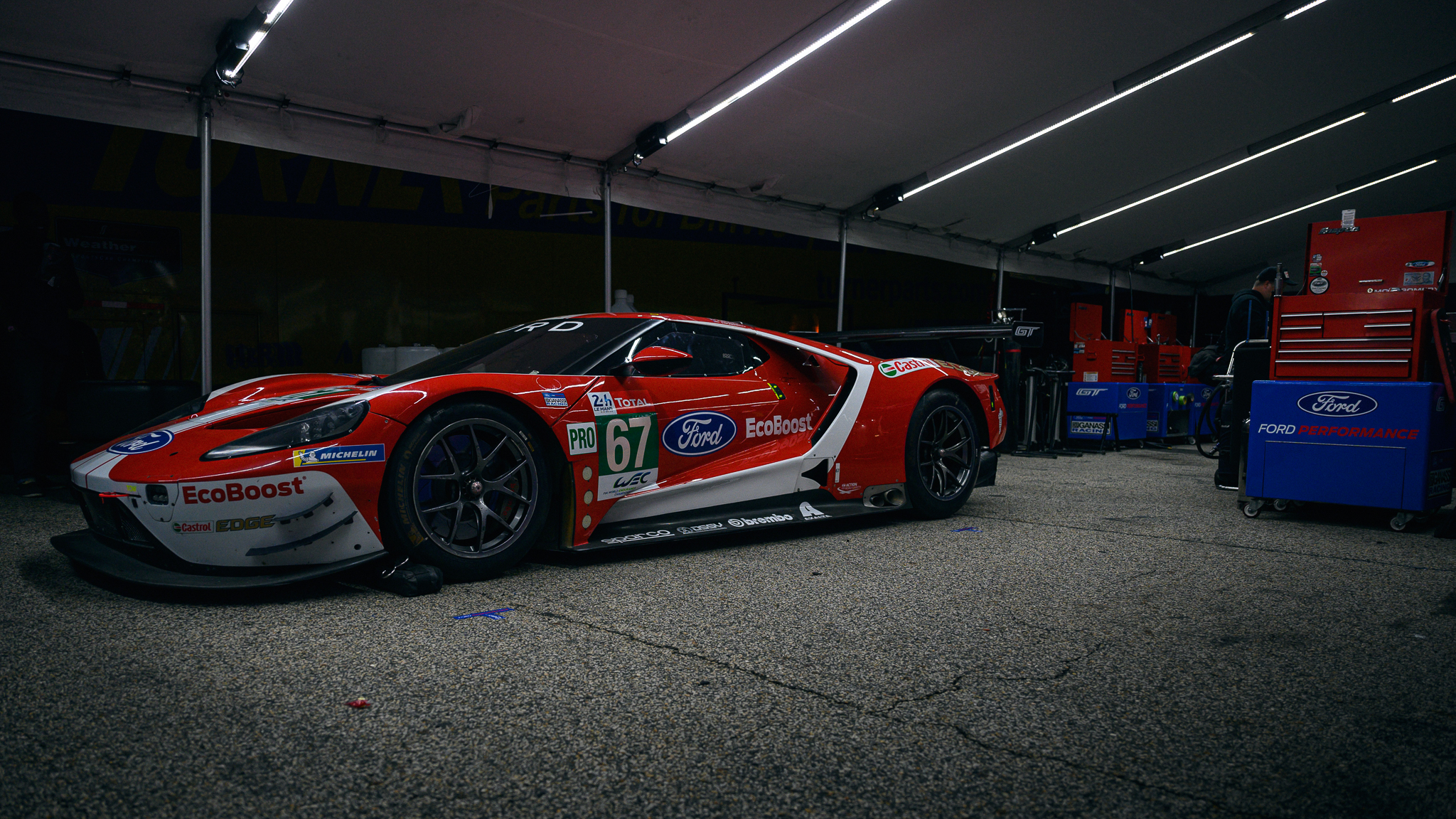 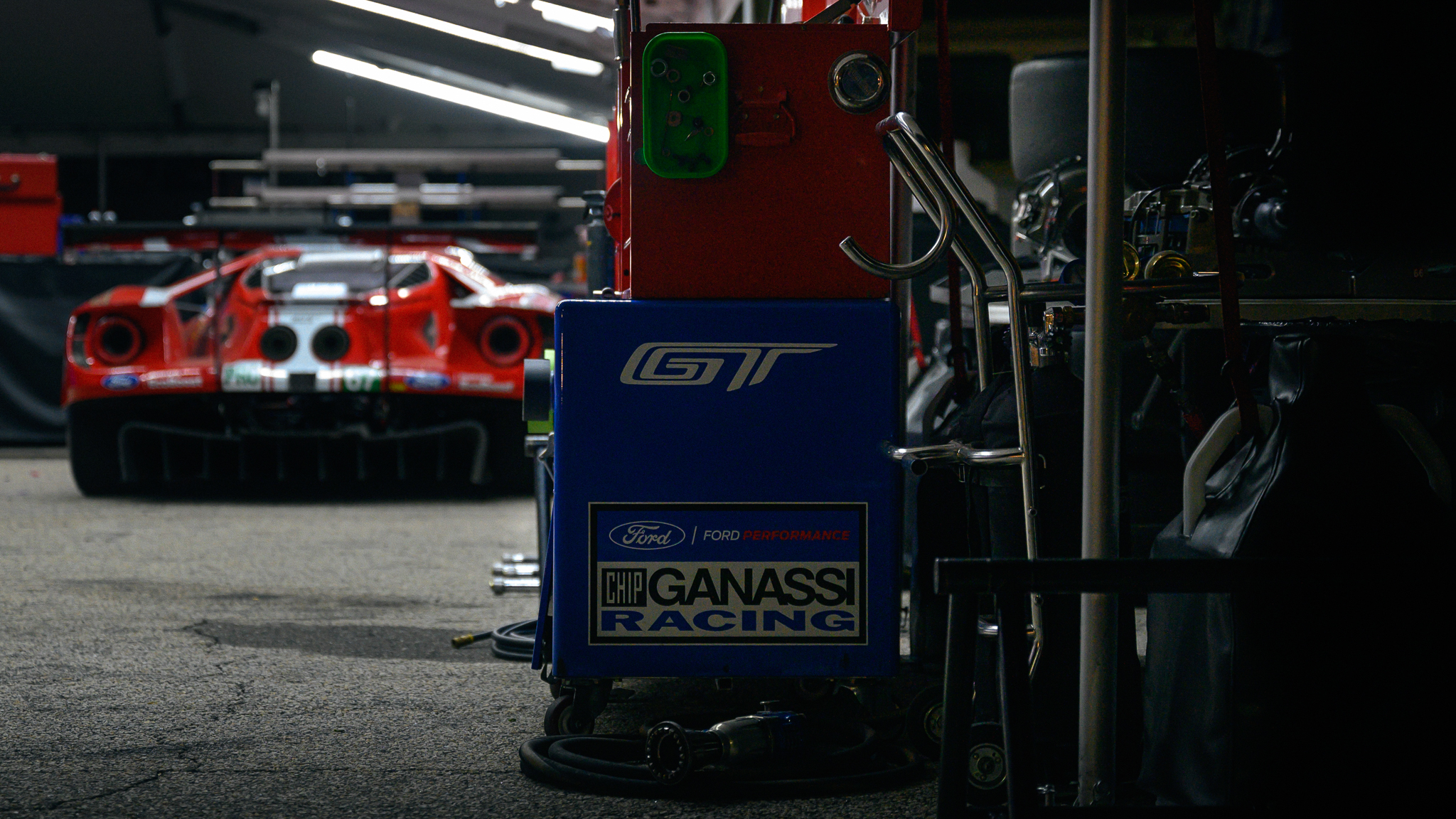