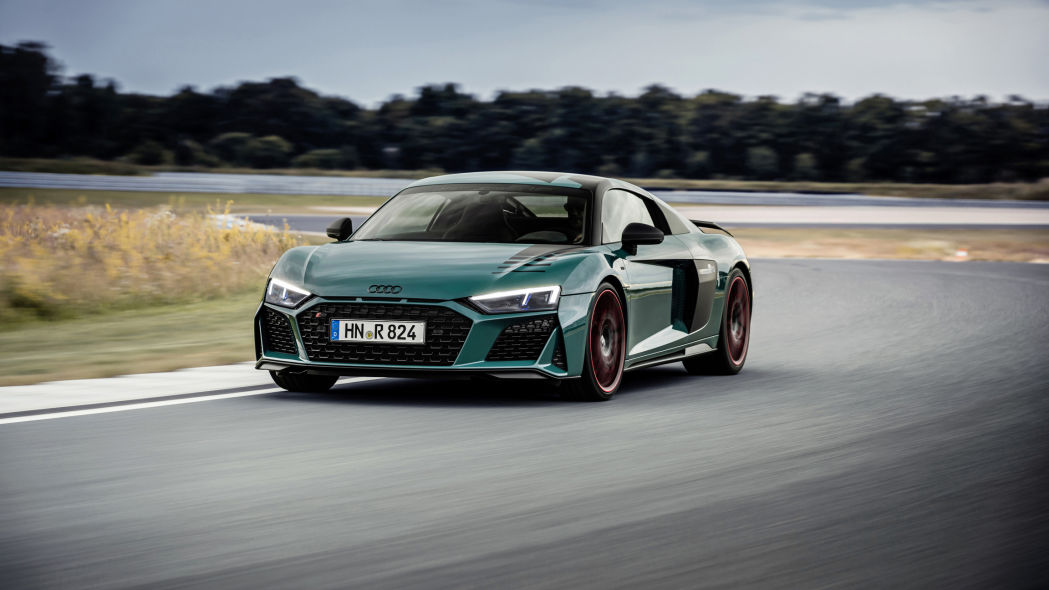 Yes, it comes in green

Audi has announced a new, limited-run R8 model dubbed "Green Hell" to commemorate its success on a little piece of country road in Germany called the Nürburgring. Perhaps you've heard of it?

While 'Ring fever has subsided over the past decade or so, its nickname is known to enthusiasts worldwide. Audi is tapping into that collective reverence with a 50-unit run of the new special edition based on its R8 V10 Performance variant to mark Audi Sport's five 24 Hours of the Nürburgring victories with the R8 LMS race car dating back to 2012. 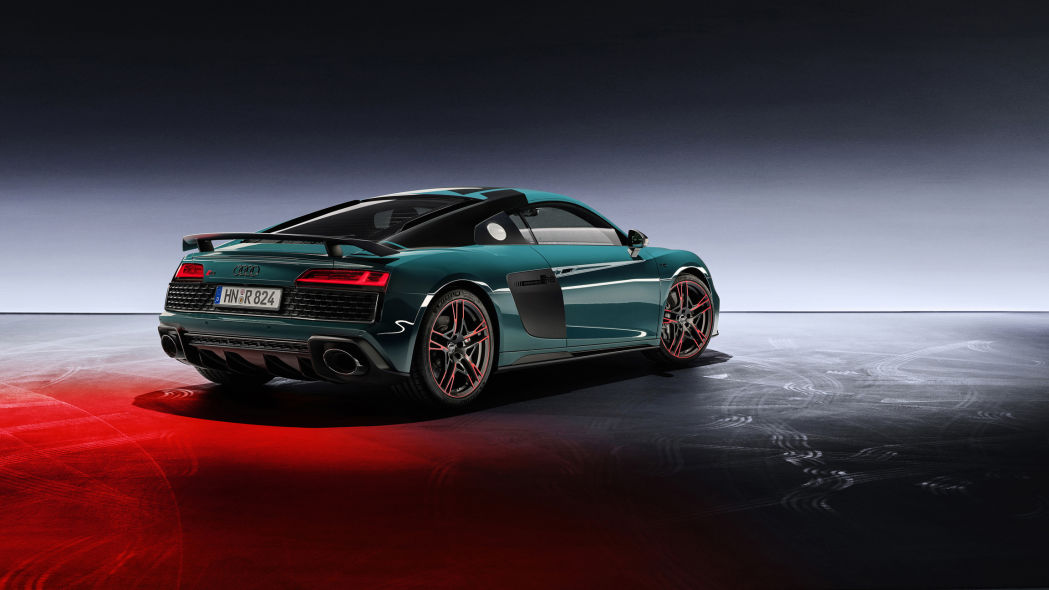 "We are synonymous with high performance — in both series production and motorsport," said Audi Sport boss Julius Seebach in the R8 Green Hell's official announcement. "The R8 road sports car and the R8 LMS racing car were designed and developed jointly; around half of their parts are identical. The R8 Green Hell edition model draws on the proximity to motorsport, while also paying tribute to our legendary victories on the Nürburgring."

A "Green Hell" edition had better be green, right? The default finish for the package is Tioman, as pictured here, but Audi will sell you one in Ibis white, Daytona gray or Mythos black, if you really insist on being contrarian. Regardless of color choice, you'll get the hood, a-pillars, roof and the rear end in matte black, doors with your car's serial number designed to mimic racing livery, the "Green Hell R8" logo on each side "blade" and a gloss black windshield surround. 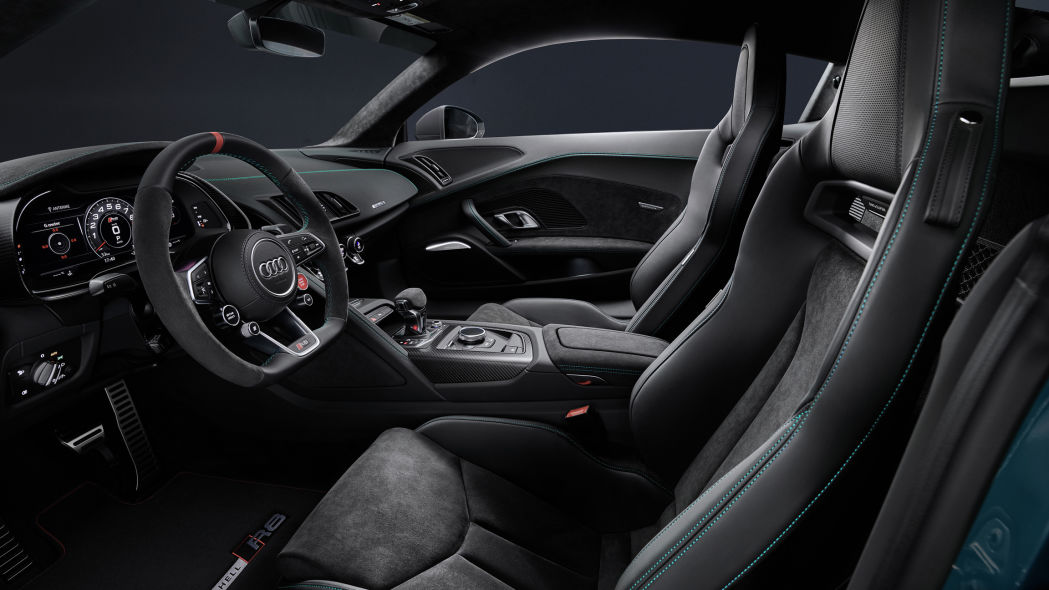 Inside, there are more "Green Hell" logos just about everywhere, along with a green contrast-stitching theme throughout all of the soft-touch interior trim elements. Underneath, it's a run-of-the-mill, 611-horsepower R8 V10 Performance, if you can even say such a thing. 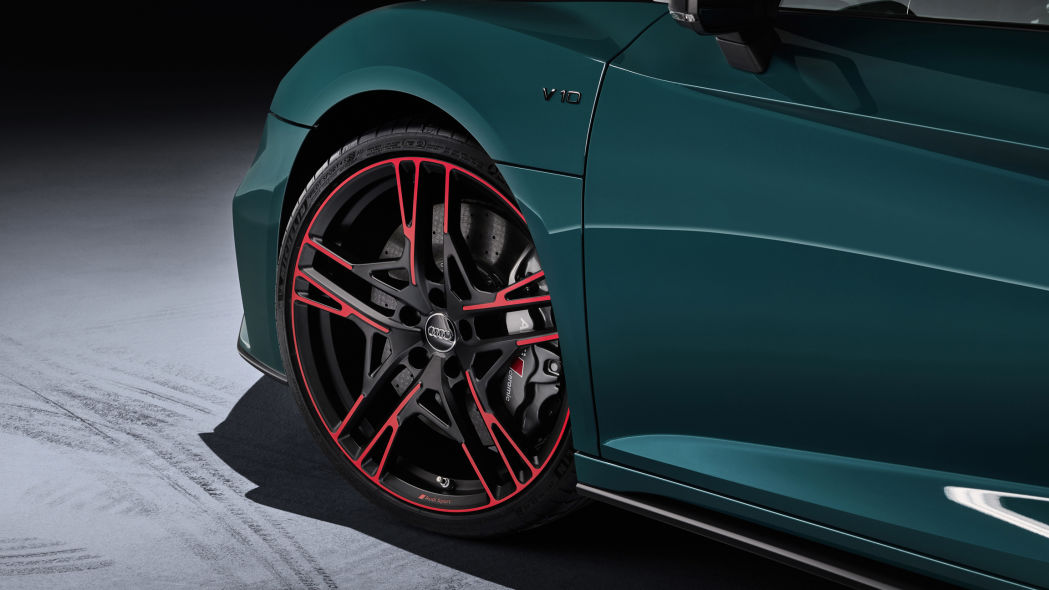