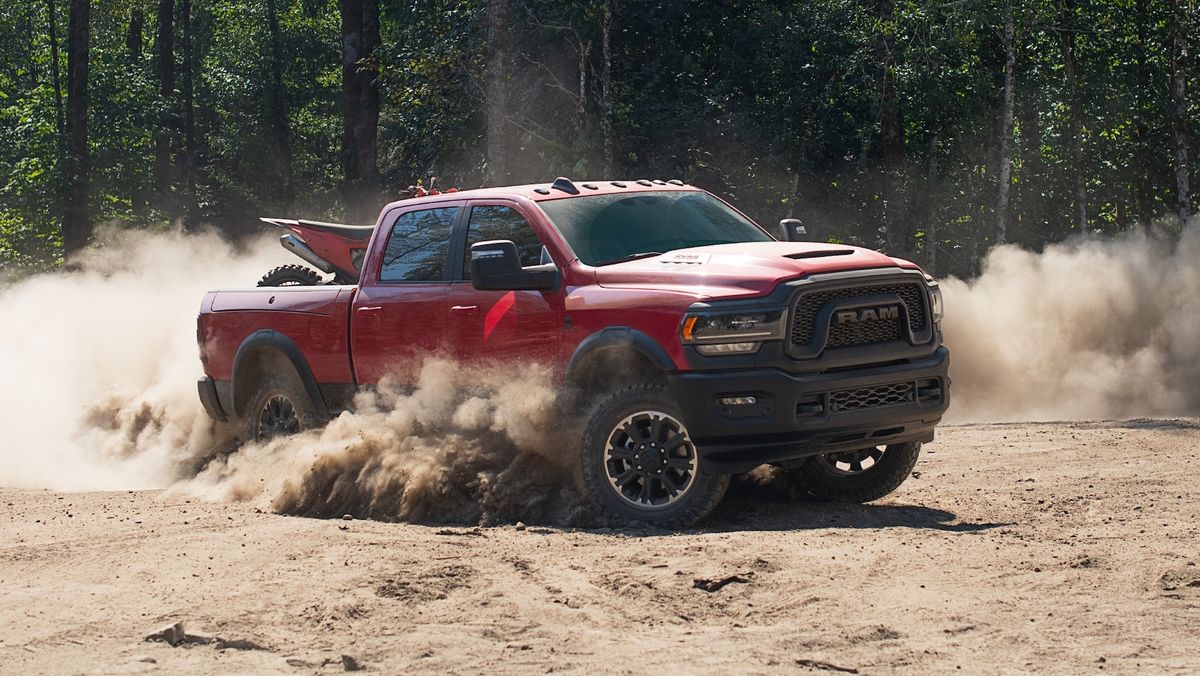 The 2023 Ram 2500 Rebel applies a popular all-terrain formula from the standard-duty 1500 truck but amplified for the HD pickup's size.

Ram can't get enough off-roaders in its lineup of trucks, so it's adding yet another terrain-stomping model in the form of a heavy-duty version of the popular Rebel trim. Set to go on sale by the end of the year at a starting price of $68,940, the 2023 Ram 2500 Rebel will sit alongside the 2500 Power Wagon with which it shares similar road-hogging dimensions. 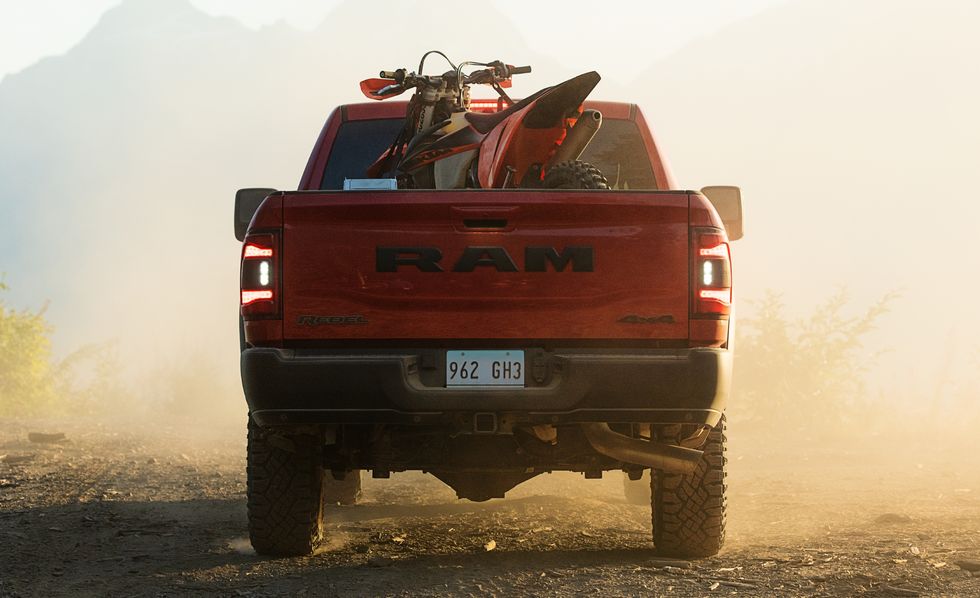 But of course, pavement is only one place one can expect to see the Ram 2500 Rebel. This massive hunk of steel comes with plenty of off-roading gear straight from the factory, including a limited-slip rear differential with an electronic locker, 20-inch wheels on 33-inch off-road tires, and a set of protective skid plates. The latter is designed to protect the truck's fuel tank and transfer case as well as your ego, lest you embarrass yourself in front of the other four-wheelers out on the trail. If you do find yourself in a tricky spot, there's an available 12,000-pound winch that mounts on the truck's front bumper.

The standard engine is a 410-hp 6.4-liter V-8 but, unlike the Power Wagon, the 2500 Rebel can also be ordered with a 6.7-liter turbo-diesel inline-six. The diesel engine makes only 370 horsepower, but its 850 pound-feet of torque is far more than that of the gasoline V-8, which is rated for just 429 pound-feet. Heavy duty trucks are best used for towing, and the Rebel 2500 certainly can tug a lot. The maximum towing capacity is 16,870 pounds, and the truck's payload rating is as high as 3140 pounds. 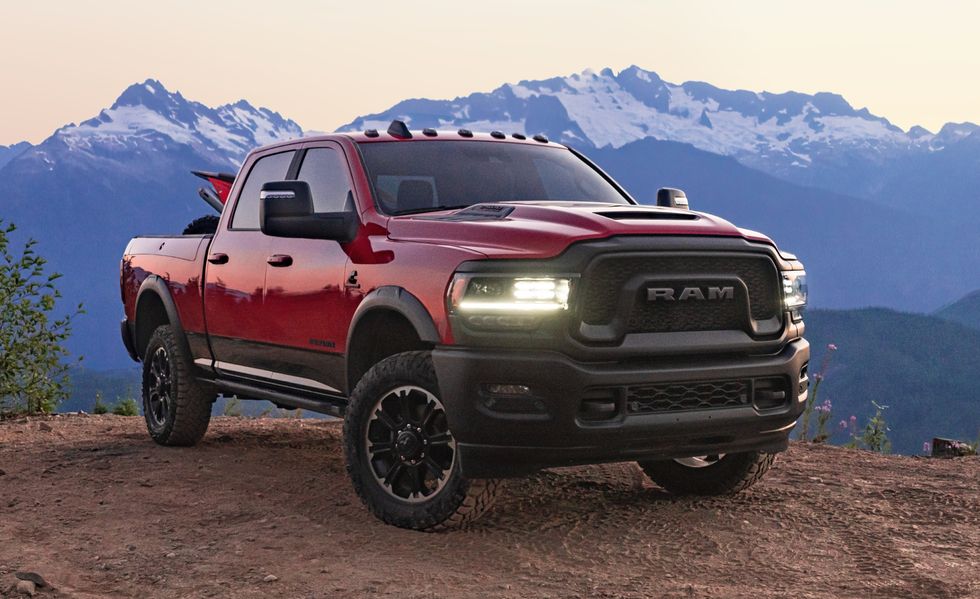 The interior can be outfitted with a bench or bucket seats up front, but three-across seating locks you out of the fanciest leather upholstery that is only available on the bucket seats. An optional 12.0-inch digital gauge display can be reconfigured to show a dizzying number of menus, all of which are intended to give the driver a customized view of whatever information is most pertinent to the task at hand—be that towing, stump pulling, trail running, or rock crawling. 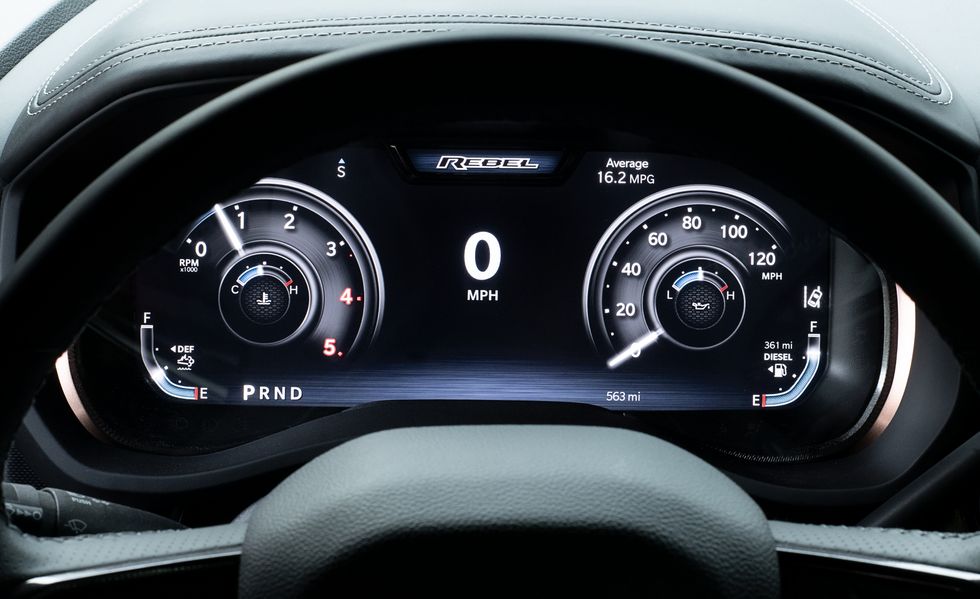 Look for the 2500 Rebel to hit dealer lots where it will fit right in among Ram's other off-road models, including the 2500 Power Wagon, the 1500 TRX, and the 1500 Rebel, in the fourth quarter of 2022. Watch for it on trails near you—where it may not fit in so well, considering its size—shortly thereafter.