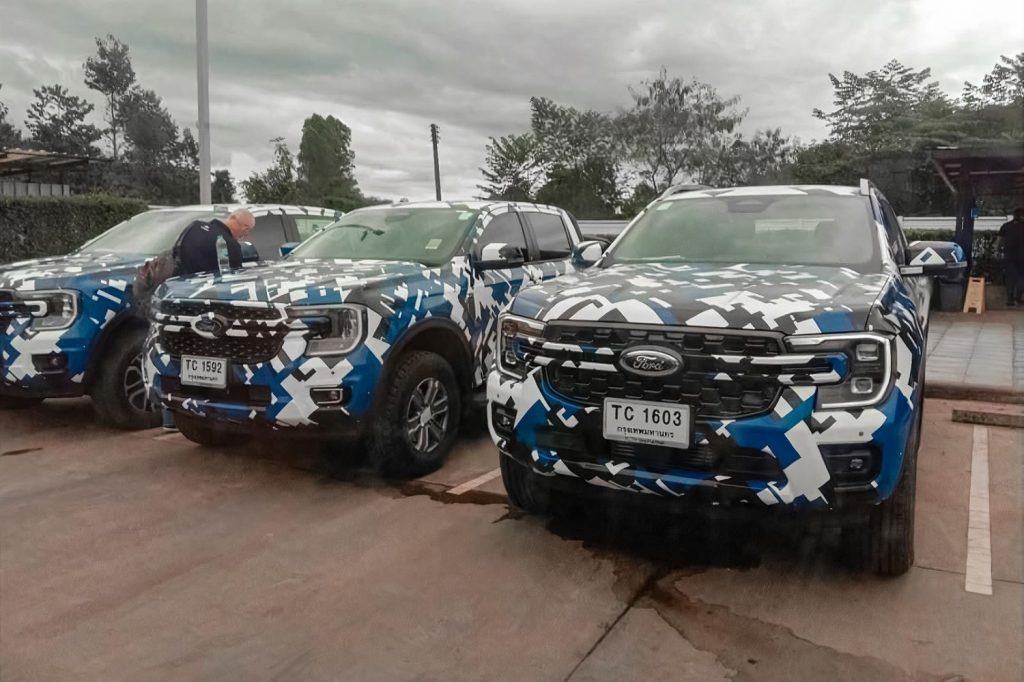 Ford Authority spies have captured numerous 2023 Ford Ranger prototypes out driving around in recent months, each wearing varying levels of camouflage. Most recently, Ford itself teased a 2023 Ranger prototype conquering off-road obstacles and wearing very little camo, and just last week, we got our very first look at the mid-size pickup’s new front-end styling, which is a mesh between the 2022 Ford Maverick and 2021 Ford F-150. Now, a trio of 2023 Ford Ranger prototypes has been spied sitting next to each other in Thailand.

The first thing that’s immediately noticeable about these three trucks is the fact that each has its own unique styling elements that sets them apart. While we can’t see much of the front end of the pickup all the way to the left, the other two are quite different. Each has its own unique front grille design, headlights, foglights with both silver and black surrounds, and even the shape of the lower grille is different – rectangular on one prototype and more oval-shaped on the other. 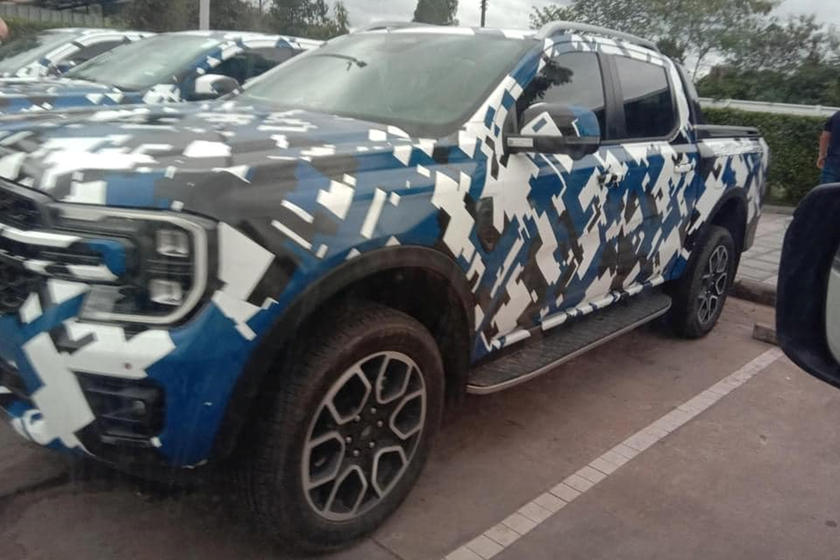 These Ranger prototypes are also wearing different wheel designs and tires, while the truck on the right has roof rails installed. It’s pretty clear that each of these trucks represents a different trim level in the 2023 Ranger lineup, though it’s difficult to tell exactly what trim each actually is. Regardless, the overall styling lines up perfectly with what we’ve seen on previous prototypes. 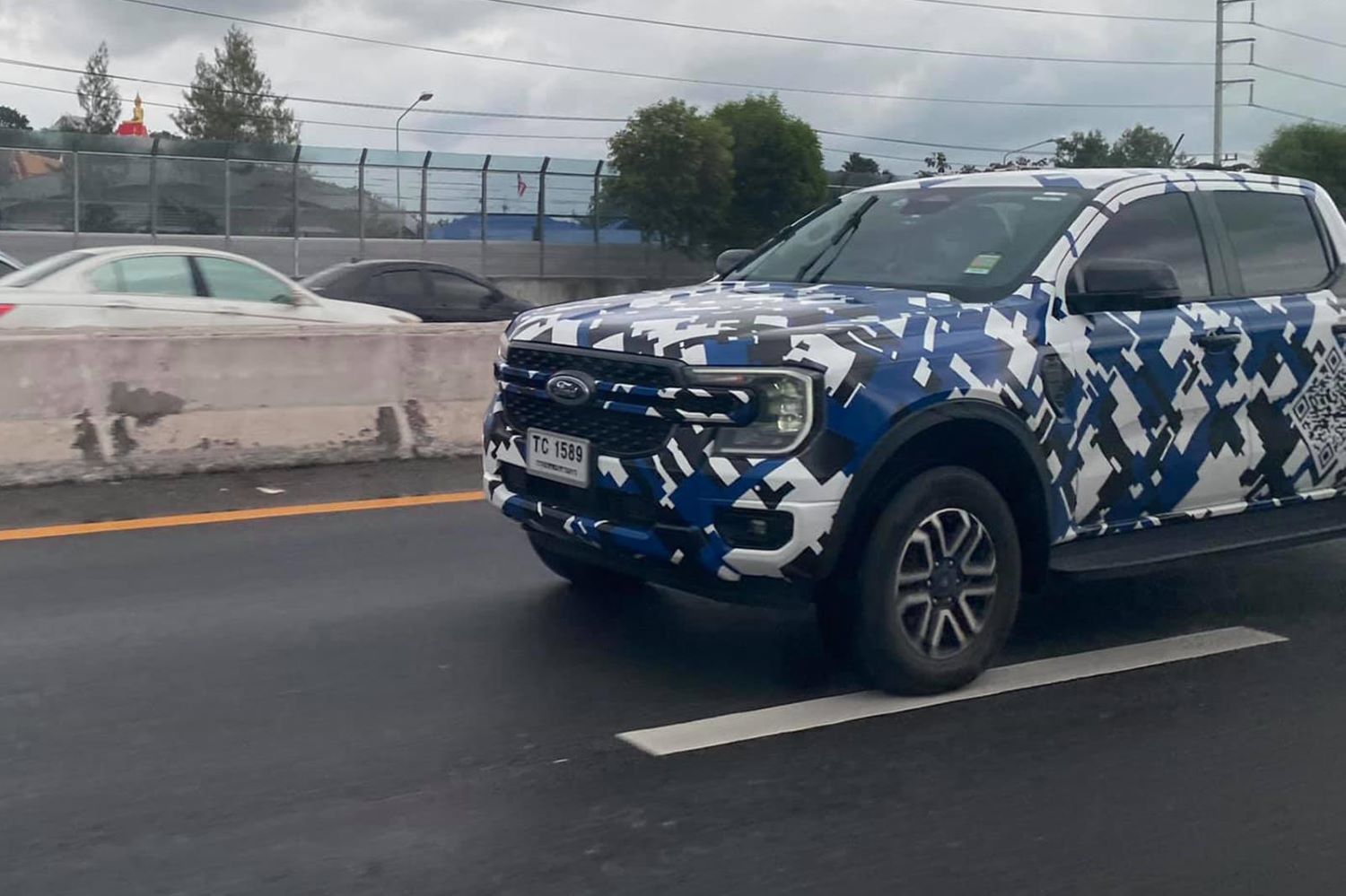 That includes sharper lines in every regard than the current-gen Ranger, though at least one of these trucks doesn’t have the bed-mounted sports bar we’ve seen on previous models. The headlights feature the familiar reverse C-shape that has become synonymous with modern Ford pickups, while a pair of horizontal bars intersect the center of the grille, with a Blue Oval right in the middle. 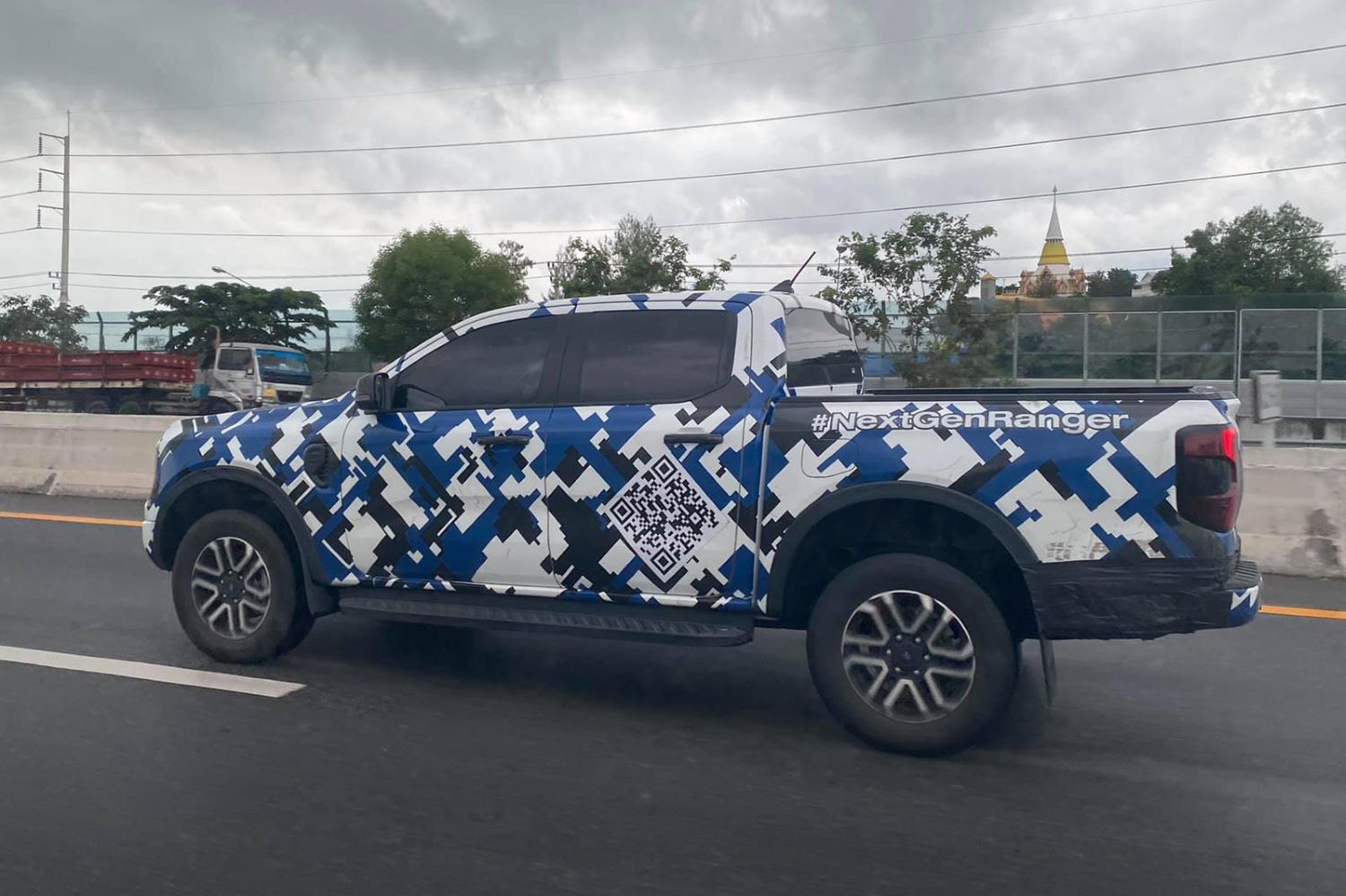 As was the case before, these prototypes are wearing glow-in-the-dark reflective patterns and large QR codes on the sides and tailgate, thicker taillights, and a single antenna (a dual antenna setup is expected for U.S.-market Rangers).

As Ford Authority previously reported, the 2023 Ford Ranger is expected to be accompanied by the off-road-focused Ranger Raptor for the very first time in the U.S., and will also gain a plug-in hybrid variant in the coming years. Production of the 2023 Ranger is expected to begin at the Ford Michigan Assembly Plant in May 2023 following the model’s full reveal, which should happen before the end of 2021.