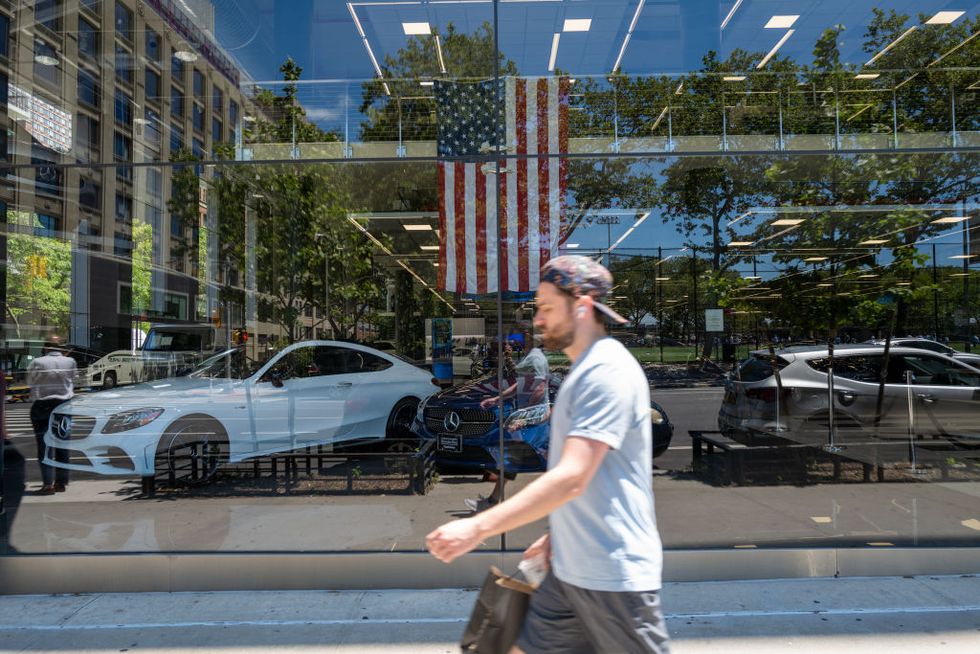 Inflation is everywhere, so it's not surprising, even though it's discouraging, to see the monthly cost to finance a new car reaching record highs, or to hear that experts predict this situation will continue for months to come. Figuring out exactly how much people are now paying differs depending on who’s doing the counting, with Edmunds.com finding the average payment for a new car in May reached $656, while Moody's Analytics calculated the amount to be $712.

Whatever the calculations say, the rise in payments is being driven by factors that anyone paying the slightest bit of attention to the news should be able to guess: supply-chain issues and inflation caused or made worse by the pandemic. These factors have helped push the average price of a new car up and up and up, which is of course connected to the high monthly payment. The latest available numbers are from May, when the average price of a new car hit $47,148, according to KBB. According to the U.S. Bureau of Labor Statistics, new-car prices have risen 12.6 percent compared to a year ago, while used-car prices are up 16.1 percent.

When it comes to inflation, the Federal Reserve raised interest rates by 0.75 percentage point this past week, a move the Washington Post called part of the government's "war on inflation." The 0.75-point increase was the Fed’s largest rate hike since 1994, part of what the Fed said was its mission "to achieve maximum employment and inflation at the rate of 2 percent over the longer run." Based on information from the Bureau of Labor Statistics, the annual inflation rate in May was 8.6 percent, the highest level since 1981.

Is There a Silver Lining?

Of course, if you're buying a car now, your financing offers might be higher than they would have been before last week. Or they might not, as Yahoo Finance points out, since car loans are "so reliant on the buyer's individual credit score and history" that any effects of the higher interest rate will not fall on each buyer in the same manner.