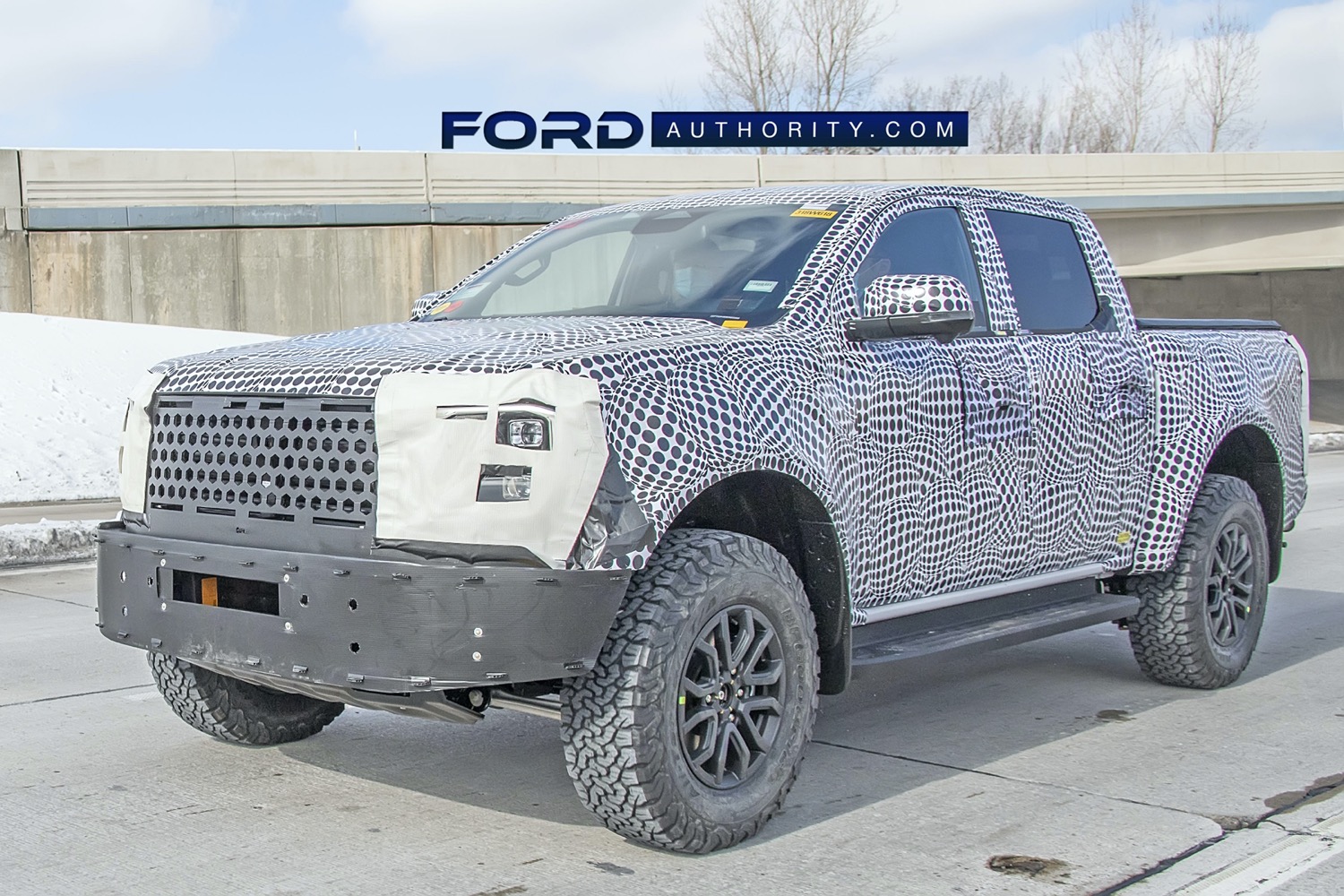 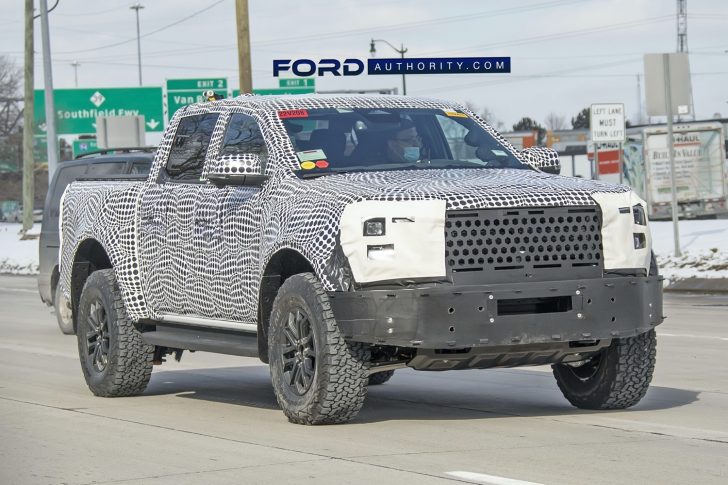 This left-hand-drive 2023 Ford Ranger Raptor prototype seems like a clear indication that the off-road-focused mid-size pickup will in fact be coming to America. But it’s also wearing some new front end camouflage that’s very unique, consisting of metal panels, not the typical mesh used to conceal the grille and front bumper. 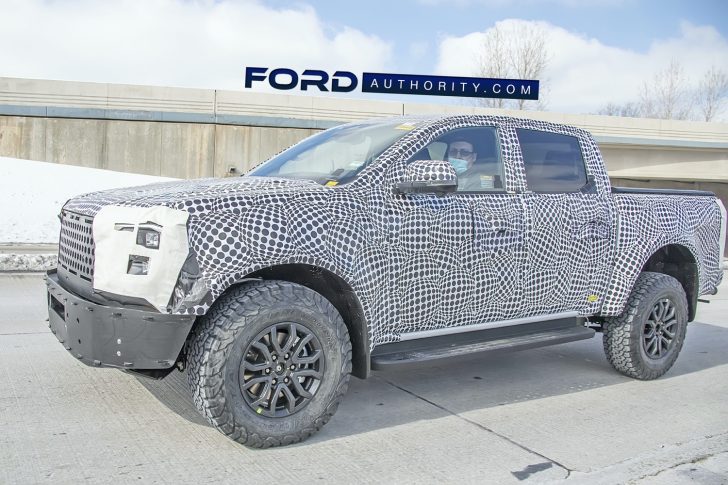 The Ranger Raptor seems like a natural fit for America, where the Ford F-150 Raptor has long been a top-selling model for Ford. Now, with the introduction of the all-new third-generation 2021 Ford F-150 Raptor, along with the Ranger and F-150 Tremor, Ford Bronco and Bronco Sport, Ford Explorer Timberline, and future Ford Bronco Warthog, FoMoCo’s lineup of off-road-focused vehicles continues to expand quickly. 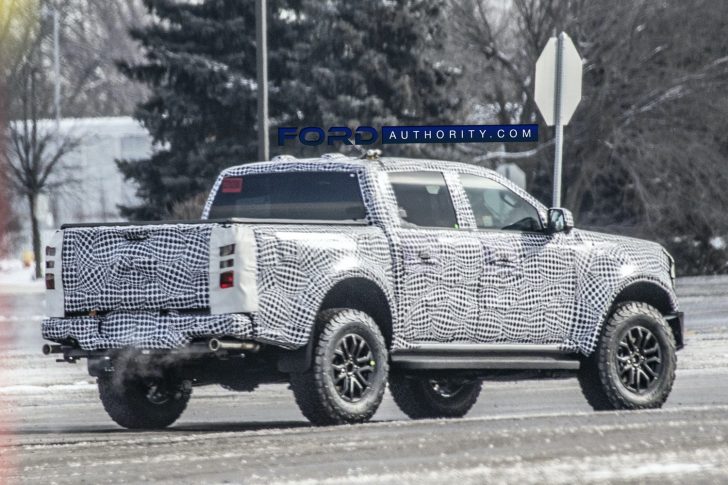 The next-gen 2023 Ford Ranger Raptor is rumored to be powered by Ford’s 2.7L EcoBoost V6. In its hottest current form, the 2.7L EcoBoost V6 produces 335 horsepower and 380 pound-feet of torque. 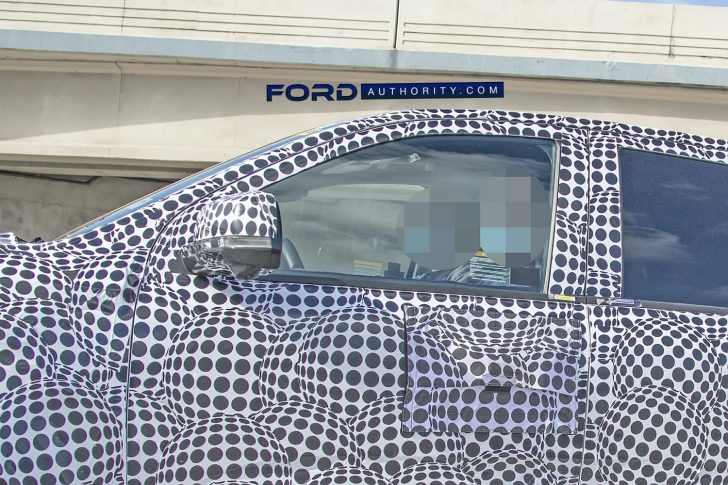 Regardless of how much power it makes in the Ranger Raptor, the 2.7 will likely be backed up by Ford’s 10-speed automatic transmission, as is the case with the current U.S.-spec Ranger. It’s also expected to share several components with the Bronco Warthog, including its Fox Live Valve shocks. 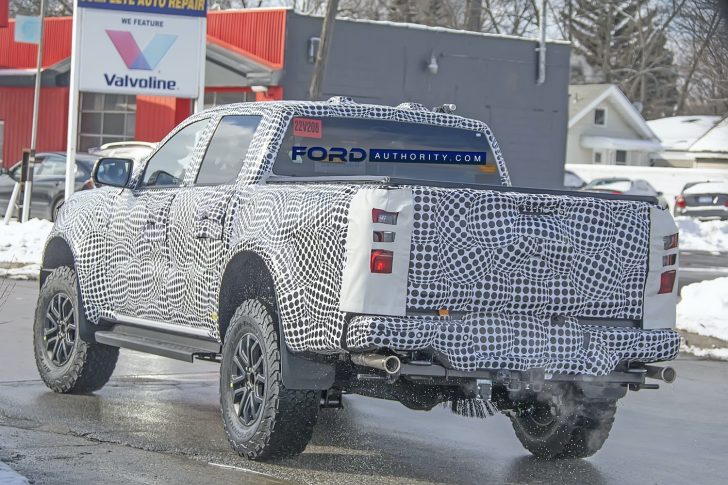 The next-gen Ranger is expected to launch in 2022 for the 2023 model year, and will reportedly continue to ride on the Ford T6 platform, like the current model and the 2021 Ford Bronco, albeit with some modifications.