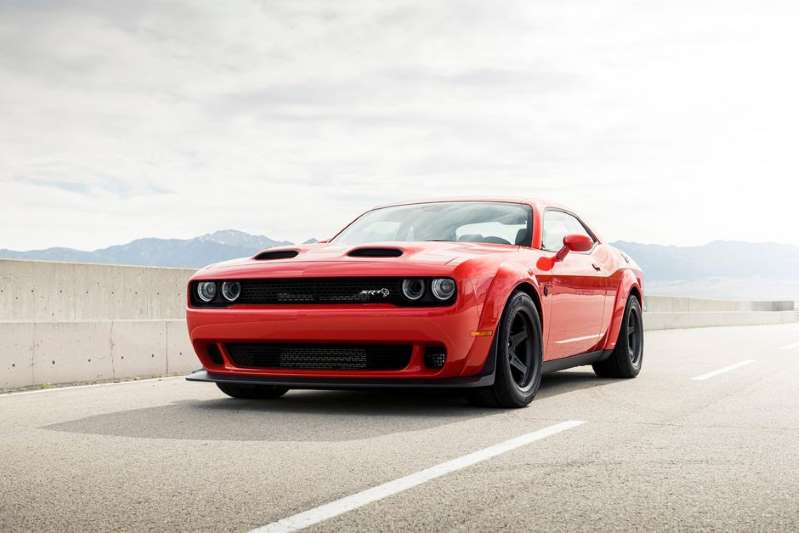 © Provided by Roadshow This is the closest we'll get to a Demon. Dodge

When Dodge released the Challenger Demon back in 2018, it vowed that its limited run would stay that way, meaning only a small number of people got to buy one. In the years since, Dodge offered the Challenger Redeye, which was close-ish in performance, while the new-for-2021 Challenger Super Stock, which made its debut Thursday, is even closer.

Now, if you're not a drag racing fan or a racing fan in general, you might be wondering why a car this wild would bear the name "Super Stock." The answer lies in the class system (not the one that prevents social mobility) that helps pit race cars against one another on mostly equal terms. In this case, it's the NHRA Super Stock class.

The name comes from the National Hot Rod Association's Super Stock class, which should tell you what this car is all about. It doesn't have the Demon's engine, but does have a ton of modifications that set it apart from the Hellcat Redeye on which it's based.

The Super Stock has a total of 807 horsepower (the Demon made 33 more), but power alone isn't enough to get the car to its advertised 3.2-second 0-to-60-mph time or 10.5-second quarter-mile run. (The Demon did these in 2.3 and 9.65 seconds, respectively.) To help with that, the Super Stock comes standard with lightweight 18-inch wheels, shod in Nitto NT05R drag radial tires -- the same tires that were featured on the Demon. This ultra sticky rubber is sized at 315/40R18 at all four corners and is the reason that the Super Stock tops out at just 168 mph (the Durango Hellcat, for reference, will do 180 mph). 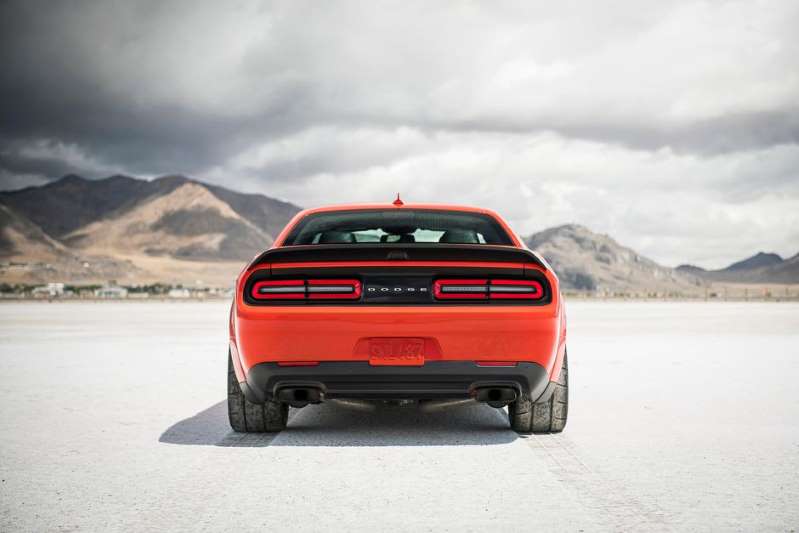 © Provided by Roadshow See you at the drag strip. Dodge

Adding tires like the Nitto drag radials is good, but it also means that the engineers needed to adjust the rest of the drivetrain, including the eight-speed automatic transmission and the limited-slip 3.09 rear differential, in order to be able to take advantage of the extra grip. The electronically adjustable suspension gets a special launch mode to help transfer weight appropriately for an optimum holeshot. The Super Stock also has Line Lock, which makes burnouts a cinch, allowing you to get those drag tires nice and warm before you stage. Also on board is a cool feature called Power Reserve that pre-pressurizes the engine's intake manifold, allowing for more immediate response.

© Dodge SRT This is the closest we'll get to a Demon.

The Challenger has never been what anyone would call a lightweight car and giving it over 800 hp means that slowing it down at the end of the quarter mile is either going to take a parachute or a damn good set of brakes. SRT decided to go with lightweight, aluminum, four-piston Brembo brake calipers and 14.2-inch rotors to haul this thing down from speed. Much like the Demon, the Super Stock also gets the Widebody package also found on the Challenger Redeye. This adds 3 inches to either side of the standard Challenger body and makes fitting those big 315-width Nittos possible.

"I swore that we'd never build another Demon and we won't," Tim Kuniskis, Fiat-Chrysler's head of passenger cars for North America, said in a statement. "But I also said that every Challenger Hellcat and Redeye comes with an unspoken commitment to uphold the brand and the new Challenger SRT Super Stock is engineered to do just that."

Perhaps the best part, though, is that the Super Stock won't be a limited-run affair. If you need an 807-hp muscle car in your life, the order books open this summer.