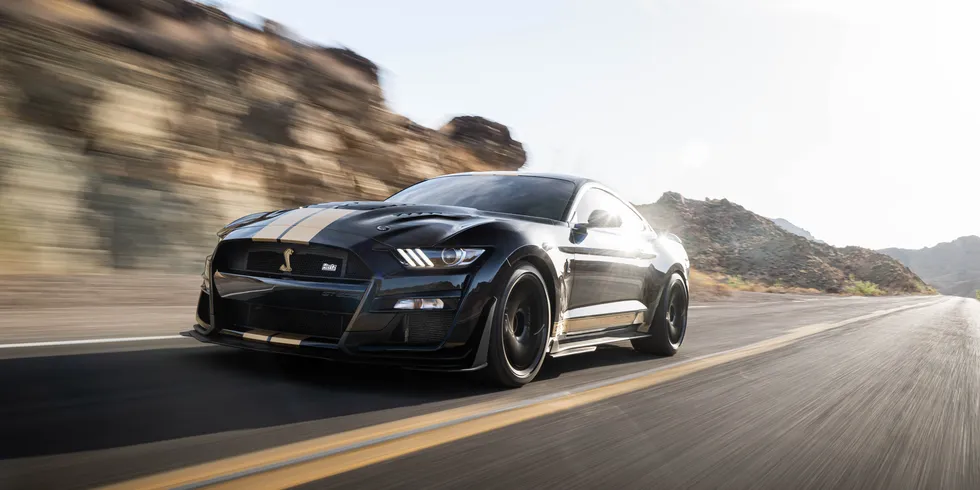 The latest in a long line of Shelby Hertz specials is an upgraded Mustang GT500, which is joined by a Shelby Mustang GT-H in coupe or convertible form.

Tuner Shelby American and car-rental company Hertz first teamed up in 1966 with the Shelby GT350-H, a special performance Mustang for a program Hertz called “Rent-a-Racer.” The two companies have worked together several times since, and now are embarking on a new three-year partnership. The latest collaboration brings two new rental specials, the 2022 Mustang Shelby GT-H and 2022 Mustang Shelby GT500-H. 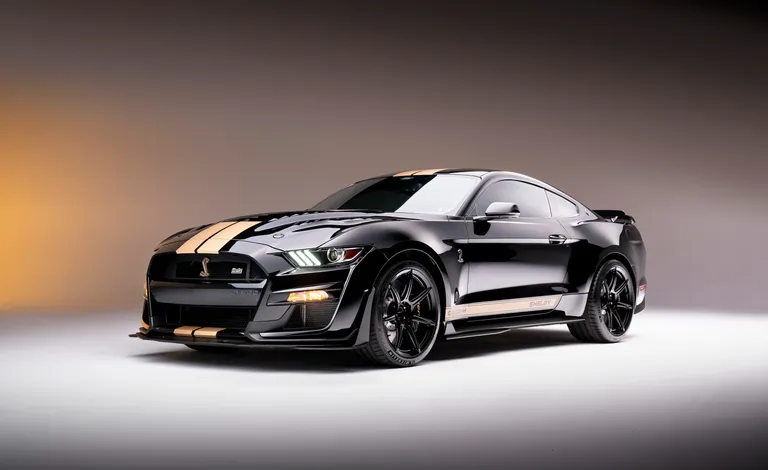 The GT500-H is based on the supercharged, 5.2-liter V-8-powered Shelby GT500, but instead of the stock car’s 760 horsepower, the Hertz version has been modified to churn out over 900 ponies, making it the most powerful Shelby rental car yet. To achieve this extra power, Shelby fitted a Whipple 3.8-liter supercharger, painted gold, and a Borla cat-back exhaust system. 19 of the GT500-Hs will be painted Shadow Black while six will come in Oxford White, to celebrate Shelby American’s 60th anniversary, all bearing gold racing stripes on the hood and stripes along the rocker panels. The GT500-H rides on aluminum monoblock wheels wrapped in “performance spec tires,” although Shelby didn't specify the tire model. Shelby also says it saved 30 pounds with a vented, carbon-fiber hood. 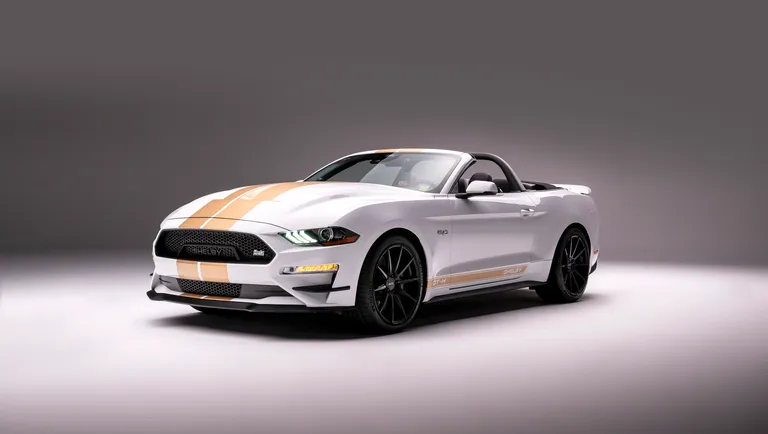 The GT-H is tamer and appears to be based on the 450-hp V-8–powered Mustang GT. The GT-H will come as a convertible or a coupe, and will be painted red, white, gray, or black. Shelby has given the GT-H a Borla cat-back exhaust and a revised grille and hood. The 20-inch aluminum wheels wear Michelin all-season tires.