General Motors will introduce a new, more-robust off-roader variant of the 2022 GMC Sierra 1500 Limited dubbed the Sierra AT4-X, GM Authority has learned from sources familiar with the matter.

It’s believed the new 2022 GMC Sierra AT4-X will offer more-robust off-roading features than the standard Sierra AT4, similar to the strategy employed with the Sierra 1500 All Terrain X edition offered for the 2017 and 2018 model years. For those readers who may not remember, the Sierra 1500 All Terrain X edition was introduced in 2016 as a special edition of the Sierra All Terrain, featuring exclusive premium content that enhanced the vehicle’s off-road capability, as well as adding an aggressive, monochromatic appearance. 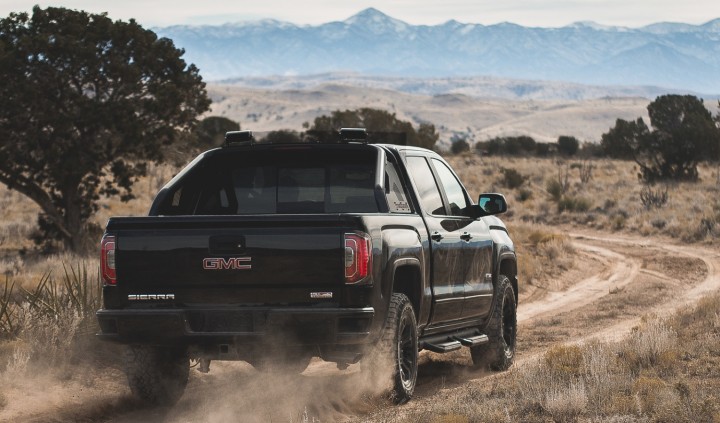 The Sierra All Terrain X was discontinued with the introduction of the fourth-generation Sierra 1500 for the 2019 model year, at which time the All Terrain package was replaced by the AT4 trim level, which offered customers the same off-roading capabilities and bold exterior styling as the All Terrain sub-brand.

Now, General Motors is cooking up a fresh AT4-X model for the 2022 GMC Sierra 1500 Limited. As GM Authority covered previously, GM filed to trademark AT4X with the United States Patent and Trademark Office in 2016, while a more hardcore 2023 GMC Canyon prototype was spotted this month suggesting a new 2023 Canyon AT4-X model was in the works and that a Sierra AT4-X model was a distinct possibility.

As for the equipment specs, the 2022 GMC Sierra AT4-X could come equipped with larger tires and DSSV dampers, as well as new badging and other equipment that would give it similar outfit as the upcoming Chevy Silverado ZR2.