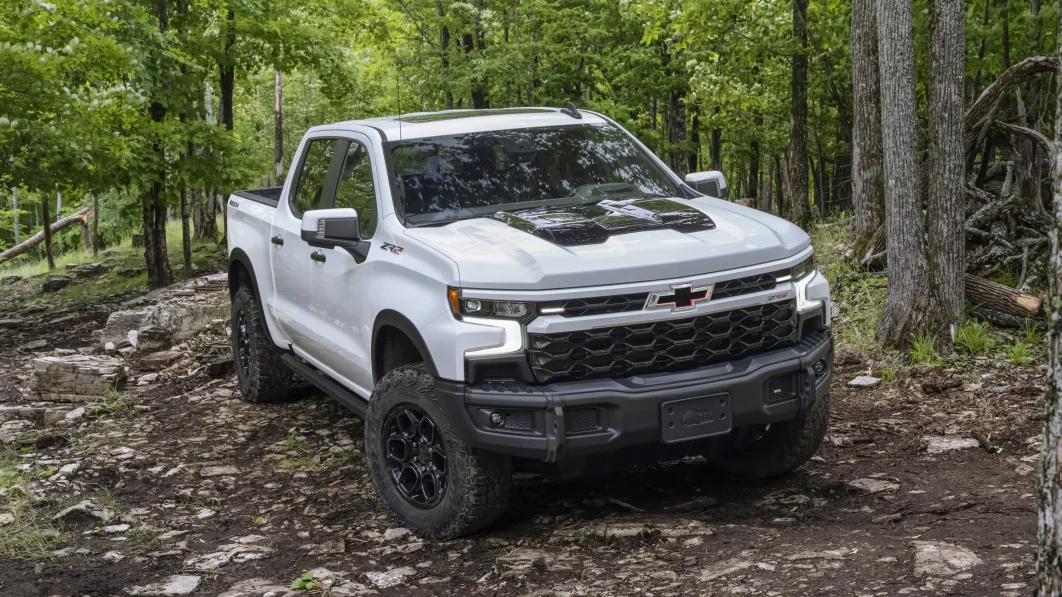 After a teaser campaign consisting of precisely one tease (thank you, Chevrolet), here we have the pickup that welcomes the Bison name to the midsize game. The 2023 Silverado ZR2 Bison screws on new gear front to back to give the ZR2 more opportunities to push limits off-road. Everything we read about in the leaked screenshot of the equipment list is here: revised grille, 3-millimeter-thick, powdercoated, stamped steel AEV bumpers; press-hardened steel skid plates; Carhartt floor mats; a two-tone MultiFlex tailgate; and lots of AEV badging. The three-piece front bumper is ready to accept a winch, and comes with integrated steps at the corners and heavy duty recovery points in the middle. At the other end, oddly, the rear AEV bumper omits the step found in the standard ZR2 rear bumper. Perhaps someone expects Bison buyers to be more interested in the engine than the cargo.

The full-width profiles on the bumpers don't change angles much. Approach angle improves by 0.7 degree over the regular ZR2 to 32.5 degrees, departure angle is up by 0.1 degree to 23.4. Ground clearance hasn't changed, the Bison sitting on a 18-inch wheels the same size as the ZR2 units, but with an exclusive AEV design. There are four press-hardened skid plates underneath, one each for the front differential, rear differential, transfer case, and fuel tank, while a pair of steel sliders protect the flanks. Thirty-three-inch Goodyear Wrangler MT rubber will be the final word in deciding how far a driver can go.

The standard engine will be the 6.2-liter V8 with 420 horsepower and 460 pound-feet of torque. But the rumors of a reworked 3.0-liter Duramax turbodiesel inline-six have been proved true. Available as an option on this truck and the 2023 Custom Trail Boss, LT Trail Boss, LT, LTZ RST, and High Country trims, GM estimates the improvements as taking output from 277 hp to 305 hp and from 460 lb-ft to 495 lb-ft. The extra potency comes courtesy of alterations like new steel pistons and combustion bowl, new fuel injectors, retuned turbo compressor, and better temperature control.

Production won't begin until early next year, MSRP starting at $78,490 after destination — exactly $8,295 more than the 2022 Silverado ZR2. That difference will probably come down a bit once Chevy announces 2023 Silverado pricing, but the sum lies just $2,195 below a Ram Rebel TRX, or about $6,000 above the EcoBoost V6-powered Ford F-150 Raptor. 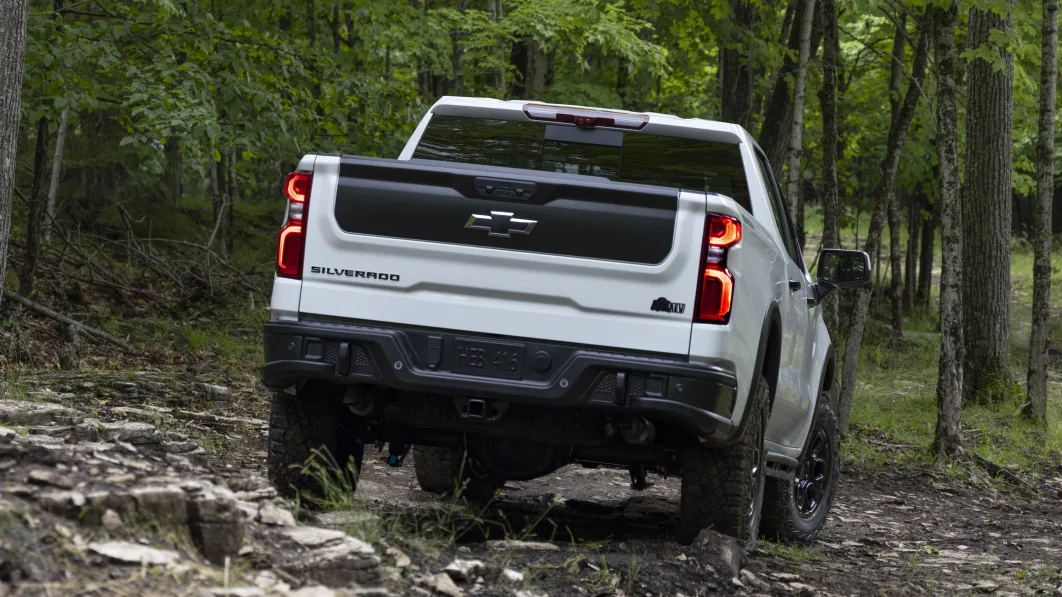