For decades, Allegheny Ludlum and its successor company have held on to the bulk of the 11 stainless-bodied Ford products that resulted from three different collaborations between the two companies. A source of pride for the company and for the Pittsburgh region in general, it seemed that the cars would forever remain in possession of the specialty metals company. However, in the face of a tough economic climate, Allegheny has decided to sell three of the cars, apparently the first time a complete set of the stainless Fords has ever hit the market.

"We didn't make the decision lightly," said Natalie Gillespie, a spokeswoman for Allegheny Technologies Inc. "But we decided it's only appropriate to utilize every lever we have...as we're faced with this extraordinary economic challenge."

Even before the coronavirus pandemic hit, Allegheny started out 2020 downsizing its salaried workforce "to align cost structures to demand levels," according to its first-quarter shareholders report. With sales down five percent year-over-year and with tougher times ahead due to the pandemic, the company has temporarily idled some of its facilities, cut executive pay by 20 percent, furloughed non-essential workers, and made various other cuts in expenses.

While it didn't seem like the five stainless Fords that Allegheny had held onto until just recently cost much to keep around - they'd been relegated in recent years from regular parade duty to the occasional car show and recruiting fair - the cars also weren't doing much for the company's bottom line. After all, most of its business these days comes from the aerospace, defense, and energy sectors with automotive sales accounting for just 7 percent of its business.

In the Thirties, however, Allegheny envisioned entire cars built from its stainless steel. The company was already supplying Ford with stainless for trim and radiator shells so, as Walt Gosden wrote in Special Interest Autos #60, December 1980, Allegheny took the next logical step of stamping entire bodies out of stainless. Six 1936 Ford Tudor Touring Sedans - which used standard Ford chassis and running gear - resulted, and by the end of the run the tougher stainless had reportedly ruined Ford's dies. Each of the six went to Allegheny district offices around the country and remained on the road as demonstrator vehicles well into the 1940s, by which time the bodies remained intact and in good shape but the chassis had racked up hundreds of thousands of miles and had worn out like any other 1936 Ford with that many miles would. 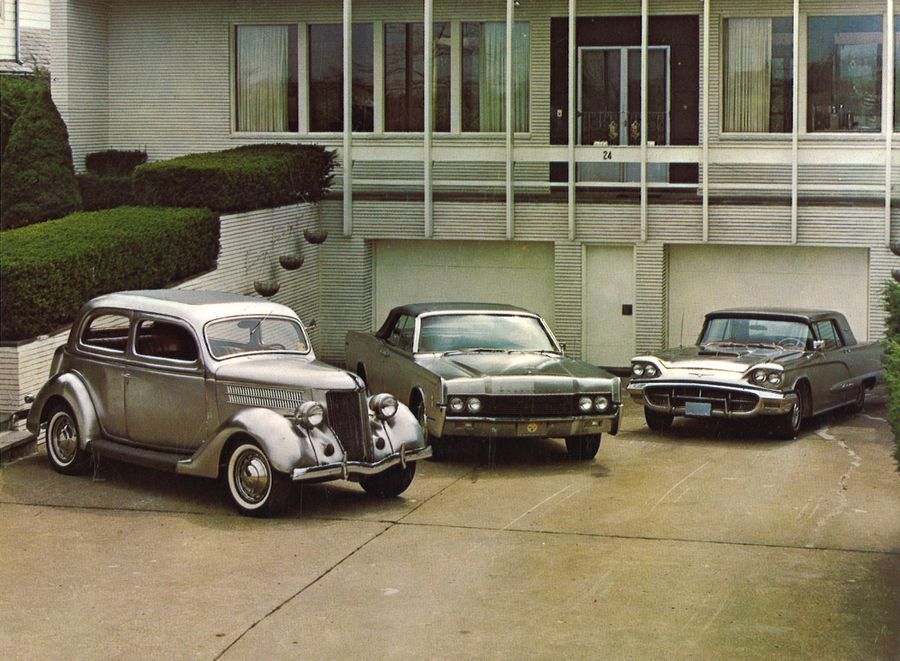 Postcard photo of three of the Allegheny Ludlum stainless-bodied Fords. Hemmings archive image.
The two companies didn't collaborate again until 1960 when Allegheny stamped body panels, bumpers, grilles, and exhaust systems for two Thunderbird coupes out of T302 stainless and then sent those to Budd for assembly. Then again, six years later, Allegheny and Ford collaborated to build three Lincoln Continental convertibles, two of which went on to receive updates to 1967 Lincoln Continental appearance. According to Gosden, both the Thunderbirds and the Continentals somehow ended up weighing about the same as their production counterparts. (According to Frank Scheidt of the Early Ford V-8 Foundation, the stainless 1936 Ford weighs anywhere from a couple hundred pounds to 500 pounds more than a comparable production 1936 Ford.)
Allegheny made the latter five easy to keep track of: It held on to the two Thunderbirds and two of the three Continentals and eventually bought back the third Continental before the Crawford Auto-Aviation Museum in Cleveland obtained one of each
The six 1936 Fords, however, Allegheny sold off after their use as demonstrators. Allegheny re-purchased two of the six over the years and the Crawford tracked down another to compile the first complete set of the three for public display. A fourth passed through a number of private owners before it was donated to the Early Ford V-8 Museum in 2016. Two remain unaccounted for. 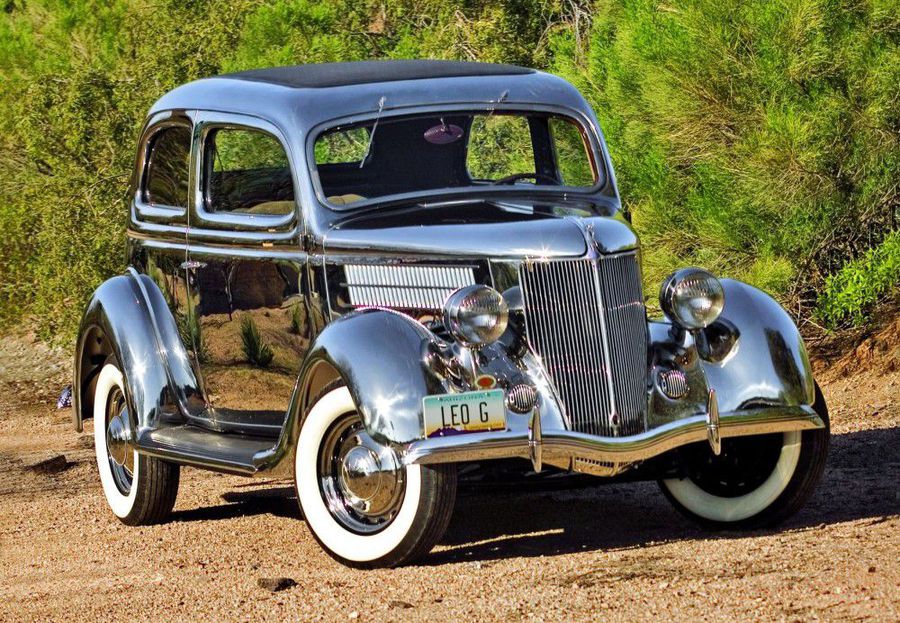 The 1936 Ford that has since been donated to the Early Ford V-8 Museum. Photo by Jeff Koch.
Of the five remaining in Allegheny's possession, the company recently donated one to the Heinz History Center in Pittsburgh. "It was our way of ensuring that a piece of Allegheny Ludlum's legacy is retained in Pittsburgh," Gillespie said. One of the Lincoln Continentals will remain with Allegheny Technologies, but the three others - one 1936 Ford, one 1960 Thunderbird, and one 1966/1967 Lincoln Continental - will head to auction this fall at the Worldwide Auctioneers Auburn sale.
"They're fantastic," Gillespie said, "but we want to make sure these three are kept and maintained by somebody who loves them."
At what is perhaps the only time any of the 11 stainless cars has previously come up for auction, the 1936 Ford that has since joined the Early Ford V-8 Museum's collection bid up to $550,000 at the 2009 Mecum Monterey sale. Leo Gephardt, the owner of the car at the time, later told Hemmings Classic Car that he valued it at about triple that price.
According to Worldwide, the three will cross the block as one lot with no reserve. Worldwide's Auburn sale is planned to take place September 5. For more information, visit WorldwideAuctioneers.com.
SOURCE: HEMMINGS
← Go Back To List