60% of Sturgis residents were against a motorcycle rally that brings in thousands but the city approved it. Here's why 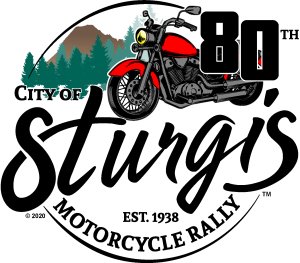 Before deciding on whether to hold the 80th annual motorcycle rally in Sturgis, South Dakota, the local city council turned to its residents to get their take.

"There was a significant amount of discussion that the council had with residents, businesses and state health officials as well as local health officials," Daniel Ainslie, the city manager, told CNN Sunday.
The city, home to fewer than 7,000, sent a survey to all households asking if they wanted the rally to proceed on its scheduled date. The massive event usually brings in crowds of about 500,000 over 10 days of drag races, contests and concerts. On its 75th anniversary, nearly three quarters of a million people showed.
A little more than 60% of people in the city voted against holding the event this week. But the city council approved it anyway.
The decision, Ainslie says, was all about being able to prepare for the crowds.
"There are people throughout America who have been locked up for months and months," he said. "So we kept hearing from people saying it doesn't matter, they are coming to Sturgis. So with that, ultimately the council decided that it was really vital for the community to be prepared for the additional people that we're going to end up having."
The crowds began pouring in last week and are expected to come from all corners of the country -- many arriving from coronavirus hotspots like Florida, Texas and other parts of the US that have seen a rise in cases in recent weeks. South Dakota has reported about 9,605 cases. In Meade County, where Sturgis is located, there have been about 94 reported infections.
"What's important for people to understand is in a very small community and rural western South Dakota, you cannot have tens of thousands or hundreds of thousands of people come without preparations, including garbage and sanitation and additional law enforcement and emergency medical personnel," he said.
"That was really the thing that drove the council to decide that we had to be prepared for the number of people that came."
The events held in the city will be limited this year, city officials told CNN, and many that usually drew crowds have been canceled.
In addition, the city canceled advertising for the days-long event and "tried to downplay the rally as much as possible," Ainslie said.
"We're telling people when they come here, go on rides throughout the hills, because when you're on your motorcycle driving through the hills, you're absolutely socially distant."

The rally has always been a point of contention among the city's residents but this year there's an added concern: a powerful virus that's still running unabated across many US communities.
Some experts fear the event -- and the afterhours gatherings in restaurants and bars that have no legally enforced capacity limits -- could lead to a spread of coronavirus not just in the South Dakota community but other parts of the country as tourists return home.
"Those super spreader events are real," said Dr. Megan Ranney, an emergency physician at Lifespan Health System and associate professor at Brown University.
"We have reports from across the country of one person infecting 90 or 100 (people) or even more. And so if you have a few of those infections that start at Sturgis, people go back home and even have the potential to spread in their own communities."
And that, she said, may be happening without people knowing, as symptoms can take anywhere between several days to two weeks to show up.
"This has the potential to seed new hotspots literally across the country," she said.
The positive thing, Ranney added, is that many events will be taking place outside. But not all of them.
"Those bars and those afterhours events are what do make me and other public health officials quite nervous."
SOURCE: CNN
← Go Back To List