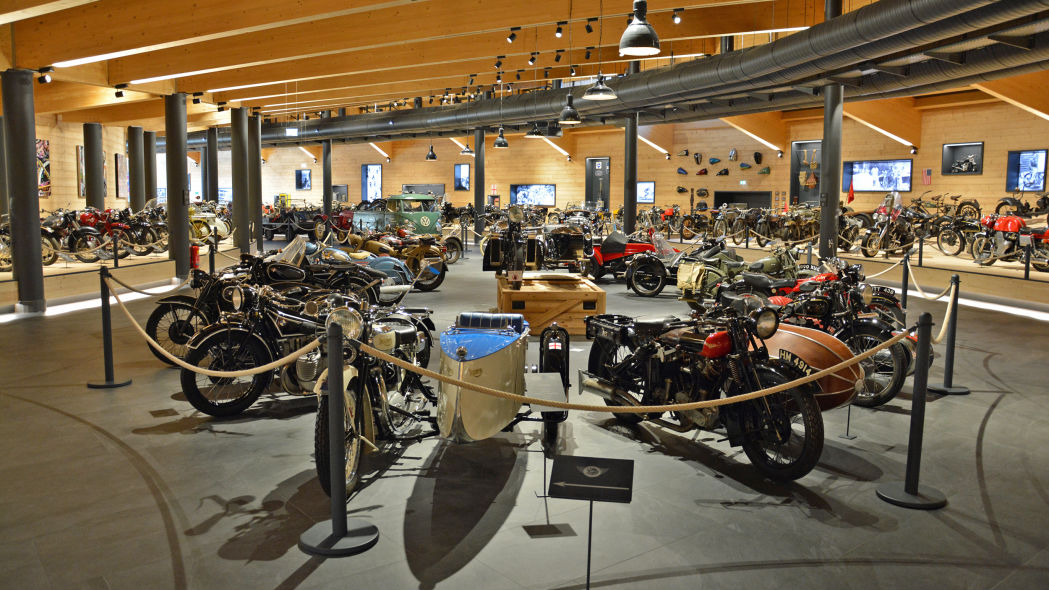 More than 230 vintage motorcycles and at least a dozen classic cars and vans were destroyed when the Top Mountain Crosspoint Museum located in the Austrian Alps caught fire on January 18. Opened in 2016, the museum housed an impressive and diverse selection of rare, offbeat, and historically significant two-wheelers.

Built at 7,135 feet, at the border between Austria and Italy, the Top Mountain Crosspoint stood out as the highest museum in Europe. Several feet of snow couldn't prevent the flames from destroying the wooden building and most of the multi-million-dollar collection housed in it. What sparked the fire — which started at about 4 a.m. local time — remains under investigation. Footage of the blaze is embedded below.

Luckily, it doesn't sound like anyone was hurt. According to its official website, the museum closed its doors on November 3, 2020, to comply with local COVID-related regulations, and it tentatively planned to reopen to the public on January 24, 2021. Its restaurant was closed, too.

We visited the Top Mountain Crosspoint Museum in December 2016; our photos are shown in the gallery above. Highlights included a 1920 Anzani racing motorcycle, a 1923 Harley-Davidson, and a 1970 Münch Mammut, a big bike powered by a four-cylinder engine borrowed from an NSU TTS. We loved the unrestored 1955 MV Agusta 125 that joined the collection after spending decades in a barn, and we were fascinated by a Hercules motorcycle equipped with a Wankel rotary engine. Various parts and memorabilia were displayed in the background, too.