Traffic congestion was way down nationwide in 2020, but L.A. was still the worst 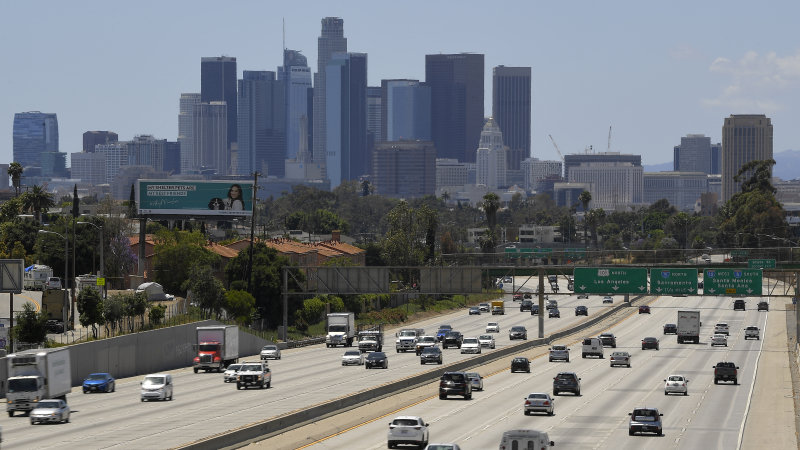 Traffic in 2020 was significantly down compared to previous years. This comes as no surprise given the pandemic that was and still is plaguing the world, but now we have some hard numbers to back it up. TomTom measures traffic congestion in cities every year, and 2020 is as weird as they come for this kind of data.

Overall, TomTom found that traffic congestion was much less in 387 of the 416 cities it studied worldwide. In those 387 cities, TomTom says the average decrease was 21%. During rush hour times, congestion was down by 28%. This marks the first time TomTom has ever found a decrease in congestion year-on-year since it started compiling this data nine years ago.

The study also broke out traffic by month in a number of cities. It follows a similar pattern in every U.S. city we look at. Congestion fell steeply in March when most Covid-19 lockdowns took effect, and hit its lowest point in April. Since then, traffic has steadily increased, but it hasn’t returned to the previous highs of a non-pandemic world. That’s not the case in every country outside the U.S. In fact, TomTom will point out that the U.S. is unique in that it hasn’t returned to 2019 traffic levels like most of the world. Most of the cities measured by TomTom outside the U.S. appear to be just as or nearly as congested today as they were in 2019 at this time. Infer from that what you will (the U.S. leads the world in Covid cases and deaths), but it looks like Americans are not 100% back to clogging the roadways yet.

Another key item of interest is data on the 10 most congested cities in the U.S. Per usual, Los Angeles leads the way, and New York City is hot on its heels. Miami and Baton Rouge have displaced Seattle and San Jose from the top five, but that’s it for surprises. The rest of the top 10 is listed in the chart from TomTom below. 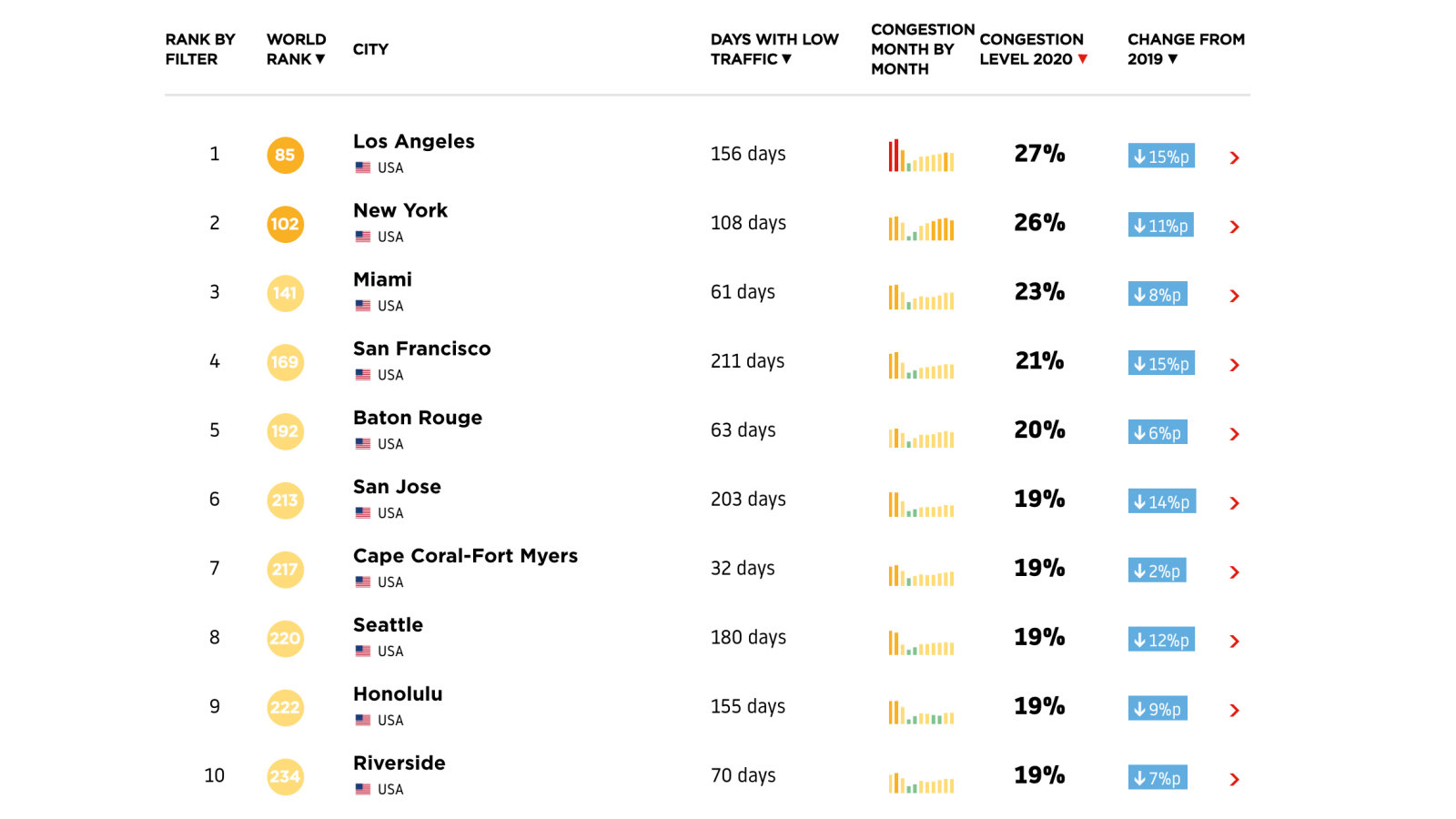 Despite Los Angeles still being the most congested city in the country, it’s fallen far down the list from a global perspective. It was ranked 31st worldwide in 2019, but is down to 85th for 2020. If you want to dive deeper into other countries and cities or find where your city ranks, check out TomTom’s full list here.