The Best of All Worlds: Trans-Am Put American Muscle in Cars That Cornered 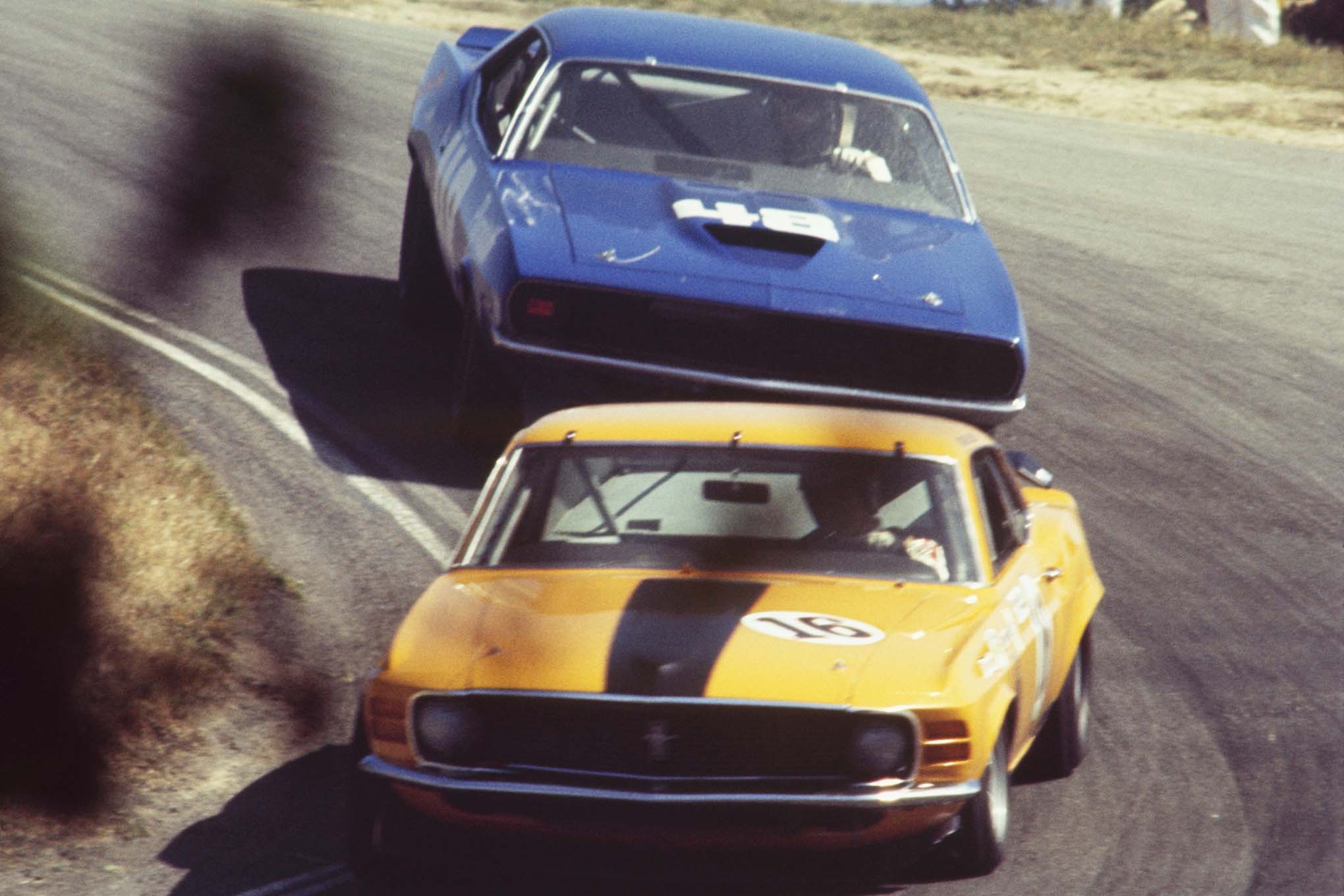 On a recent trip to northern California to visit my parents and my youngest, who’s attending college up there, my wife and I found ourselves on some of the mountain backroads that had been the local automotive playground when I was in high school.

We were in my parents’ Jetta, not the canyon carver of anyone’s dreams, but it still got a workout as we rose, fell, and curved back and forth along twisting, turning, two- (and sometimes one-) lane mountain roads, tall redwoods whooshing by our windows. At one point I said to my wife, each word punctuated by my working the steering wheel: “This. Is. Why. We. Didn’t. Own. Muscle. Cars.”

I’ve mentioned in this column before that my formative years in cars were spent in sports cars, or sporty cars, or cars I wished were sportier than they were, as there were miles and miles of winding roads that snaked through the mountains that separated what is now known as Silicon Valley from Santa Cruz and the greater Monterey Bay area. Sure, dragstrips in Fremont and Half Moon Bay weren’t far away, but they never were a part of our universe. We’d run up and down those mountains, way faster than we should have, clinging to each turn with all four skinny bias-ply tires howling in protest.

In hindsight, I realize we could have had a lot of fun in muscle cars had we emulated Parnelli Jones, Mark Donohue, and other stars of the SCCA’s Trans-Am series. Our recent fling in the Jetta would have been a totally different experience in Bob Werneke’s Boss 302 (page 28) or J. Bittle’s real-deal Mustang Trans-Am race car (page 24).

Talk about the best of all worlds. Those glory years of Trans-Am took good ol’ American muscle and planted it in chassis that could actually take a corner, with some of the most talented drivers of a generation behind the wheel.

Fifty years ago Ford and Chevrolet were going at it tooth-and-nail, with the Bud Moore Mustangs trying to end the dominance the Penske Camaros had enjoyed during the 1968 season. Gone was Ford’s uncompetitive Tunnel-Port V-8, replaced by the Boss 302. The Penske team had a few tricks of its own, starting the season with Camaros wearing vinyl roofs that, some believed, helped reinforce sheetmetal that had been in the acid bath too long. 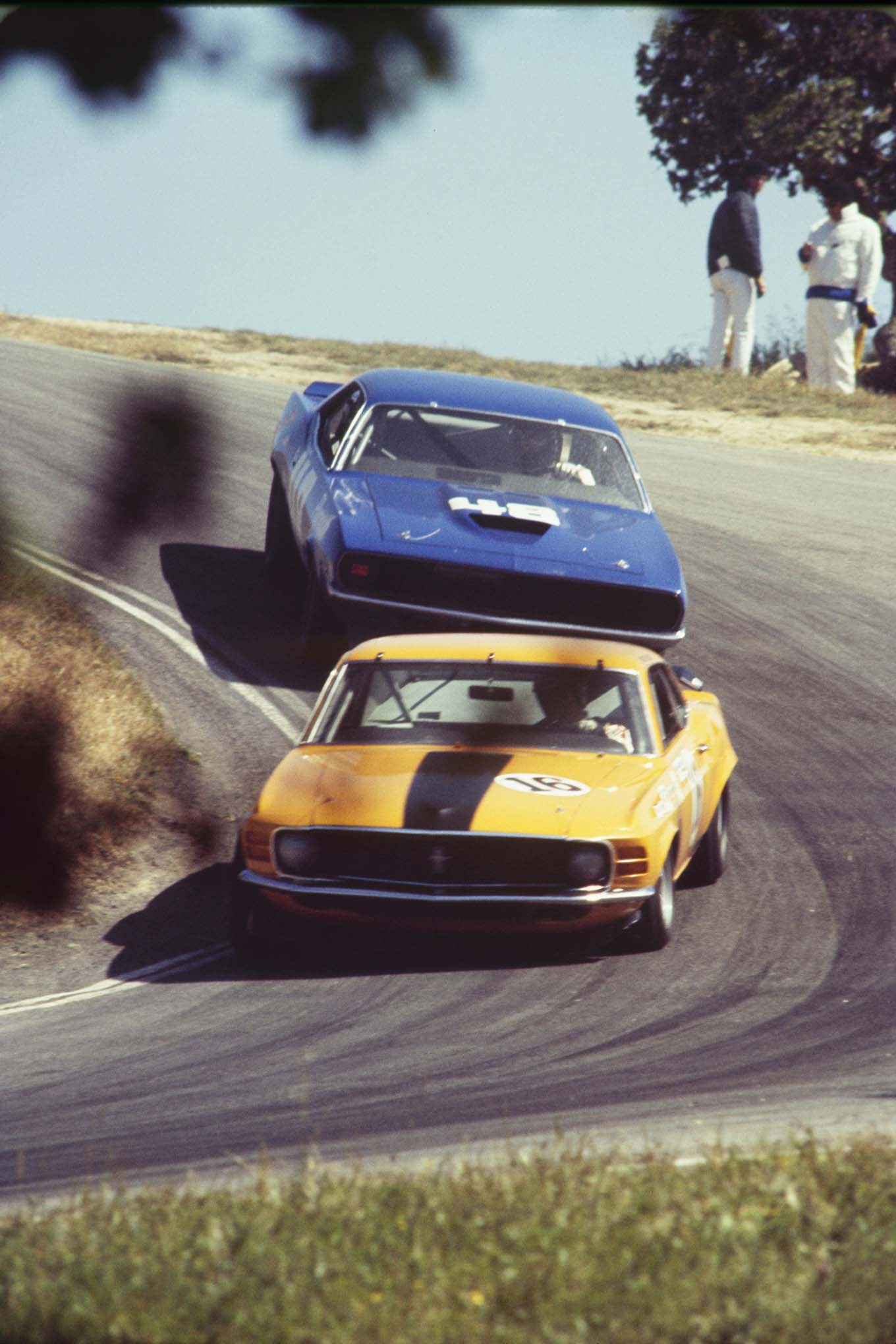 Despite having much more competitive cars, and two of the best drivers in the series in Jones and George Follmer, Ford once again watched Penske and his Camaros take the Manufacturer’s Championship, as Donohue and Ronnie Bucknam won eight of the season’s 12 races. Jones, quoted in Dave Friedman’s Trans-Am: The Pony Car Wars 1966-1972, said the Firestones on Ford’s cars that season “cost us the championship. We had the fastest cars and the best operation in the series that year, and if we had tires equal to the Goodyears, we would have easily won the 1969 championship.”

Big changes made for a very different 1970 season. Jones and Follmer were back in Boss Mustangs, but Penske Racing surprised everyone with its move to AMC Javelins. And added to the mix were Dan Gurney’s All American Racers ’Cudas and Challengers piloted by Sam Posey and Ray Caldwell.

Like the Camaros had the year before, Posey famously had his own issues with aggressive acid dipping at the season-opening race in Monterey, his Challenger’s roof bending under the weight of a tech inspector’s elbow resting on it. And Gurney’s AAR team was cut in half when he left partway through the season to race in Can Am, leaving Swede Savage to carry the Plymouth banner.

But 1970 was Ford’s year. Penske’s team finally found its footing in the Javelins midway through the season, and finished in Second Place, but Jones was a force to be reckoned with, winning five of the season’s races and handing Ford its third Manufacturer’s Championship in the T-A series.

If all this makes you nostalgic for those few glorious years, or if you were too young to have experienced it the first time, historic Trans-Am cars from 1966-1972 will be back in action at this year’s Rolex Monterey Motorsports Reunion, August 15-18, at the Weathertech Raceway Laguna Seca, one of the most picturesque (and challenging) tracks in the country.

Depending on how you get to Laguna Seca, you can enjoy those same mountain backroads where my friends and I played 40-some years ago. Just do yourself a favor and take something more fun to drive than a Jetta.