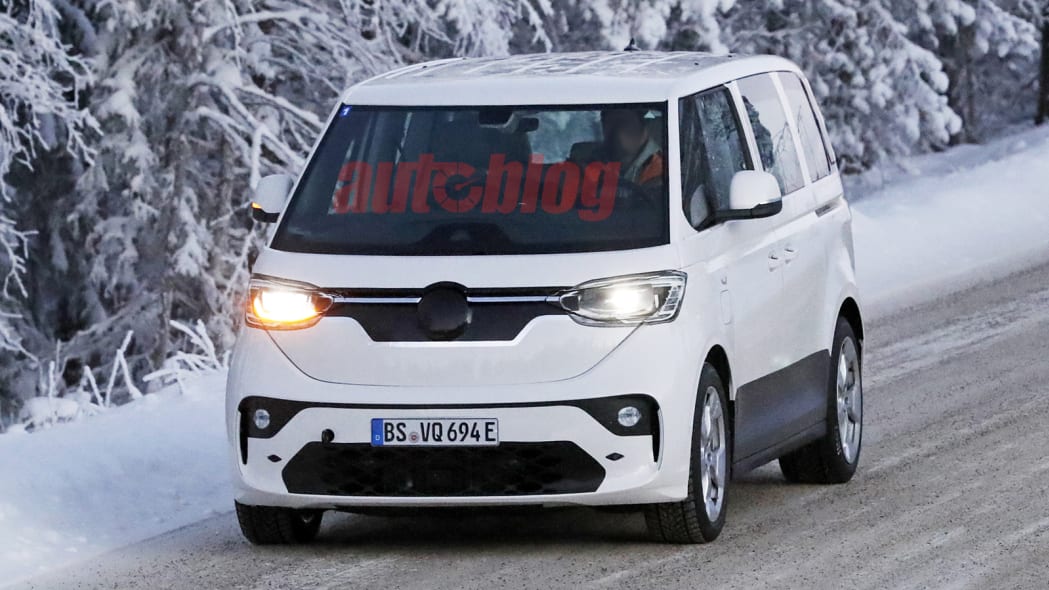 Volkswagen is testing its ID.Buzz electric minivan in the arctic circle this week, as evidenced by these new spy photos of a prototype wearing virtually no camouflage. While this is not the first time we've seen an ID.Buzz prototype without its front or rear ends covered, this passenger model sports windows for the second and third (we assume; more on that below) rows, giving us a glimpse of what to expect from the family variant of VW's spiritual successor to the Microbus.

Unfortunately, despite the visible rear greenhouse on this prototype, we can see only two rows of seats, so there's nothing here to clue us in as to how the ID.Buzz's passenger cabin will be arranged. Previous rumors have pointed to some potentially wacky seating arrangements (potentially including a rear-facing row) but a lot of that will ultimately be determined by which wheelbases Volkswagen chooses to offer in each of the ID.Buzz's eventual markets. 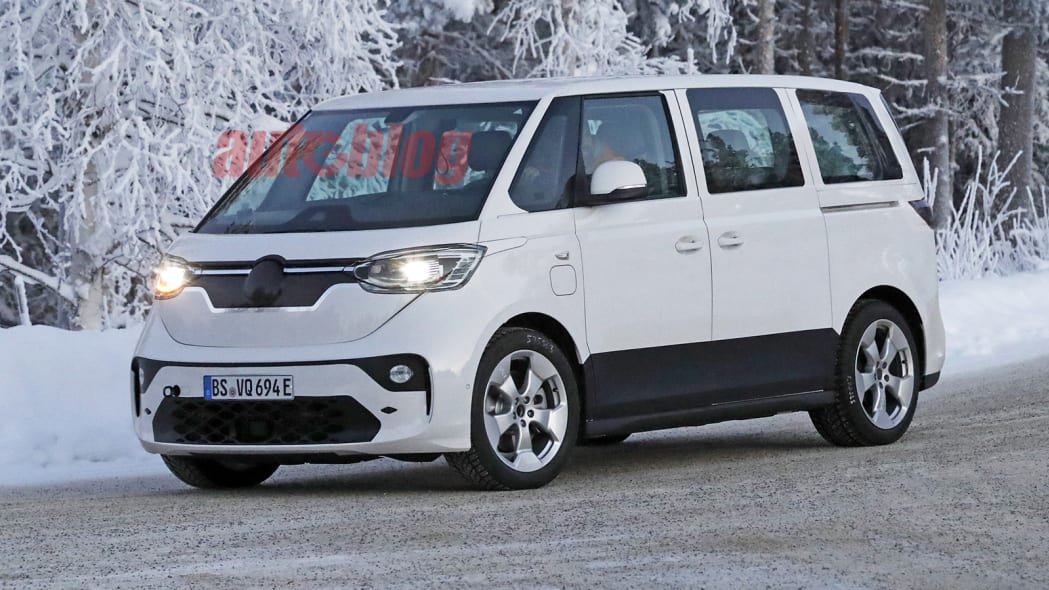 Early rumors suggested that the United States will get only a long-wheelbase version to be positioned as a premium vehicle with some rugged pretensions. Whether we'll get an eight-passenger version out of it remains to be seen. Regardless of how long VW chooses to cut this particular sausage, it is expected be sold in rear- and all-wheel-drive variants, likely making 201 and 295 horsepower respectively. The commercial version we've seen previously is not expected to be sold in the U.S. Additional details, like driving range and pricing information should be revealed closer to the EV's unveiling in 2022. 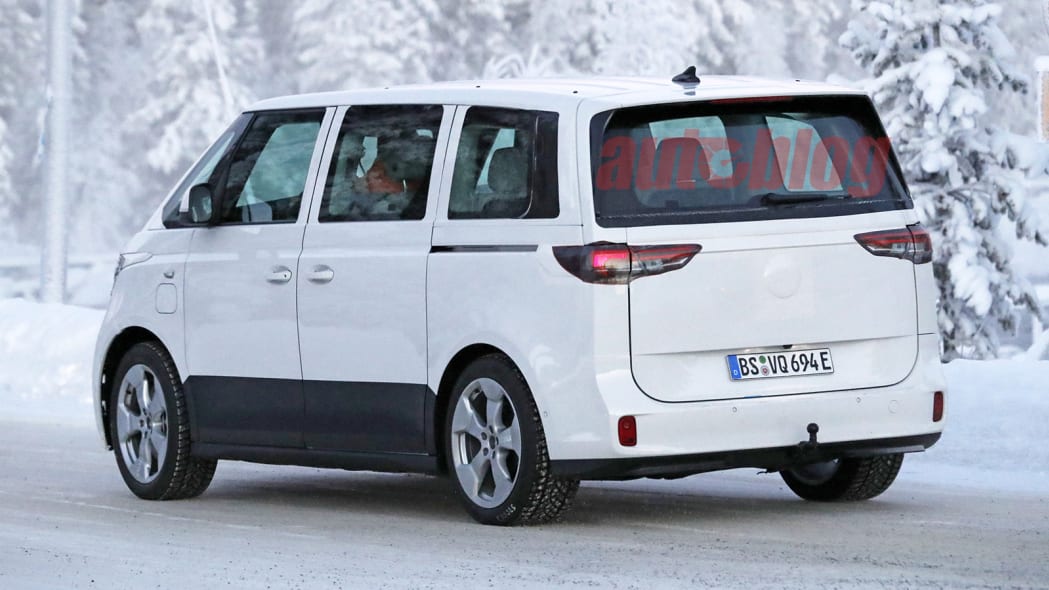