Volkswagen Is Considering an ID.3 Convertible 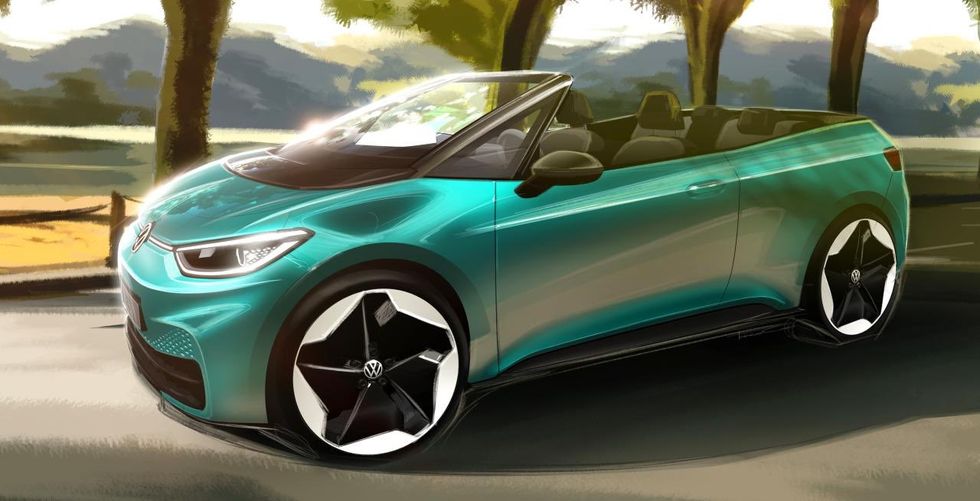 The company is gauging how much potential such a model might have.

The Volkswagen Group is hinting that it might add a new model to its ID EV lineup, an ID.3 convertible.

VW Group boss Herbert Diess went on Twitter and told his followers: “We’re thinking about an e-convertible, maybe an ID.3 convertible. What do you think?” Posting on LinkedIn, Volkswagen CEO Ralf Brandstätter suggested an ID 3 convertible “could provide an entirely new, extraordinary feeling of freedom.” He added that the concept is “a very tempting idea,” and said the car “sounds quite appealing: enjoying nature with the top down, with the instant, but silent electric punch. We are still pondering how to turn this attractive concept into reality. Just in case, our design team has already sketched out some initial ideas,” he posted.

VW revealed a sketch, one of several the design team has created “just in case” a production version gets the green light. VW has hinted at electric convertibles before—remember the ID Buggy?

VW sources told Autoweek the likelihood of an ID.3 convertible coming to the US is “not very high,” but the MEB architecture is flexible enough to make a different cabriolet possible in the US. If VW does an ID.3 cabriolet, our guess is it would arrive sometime in 2023.