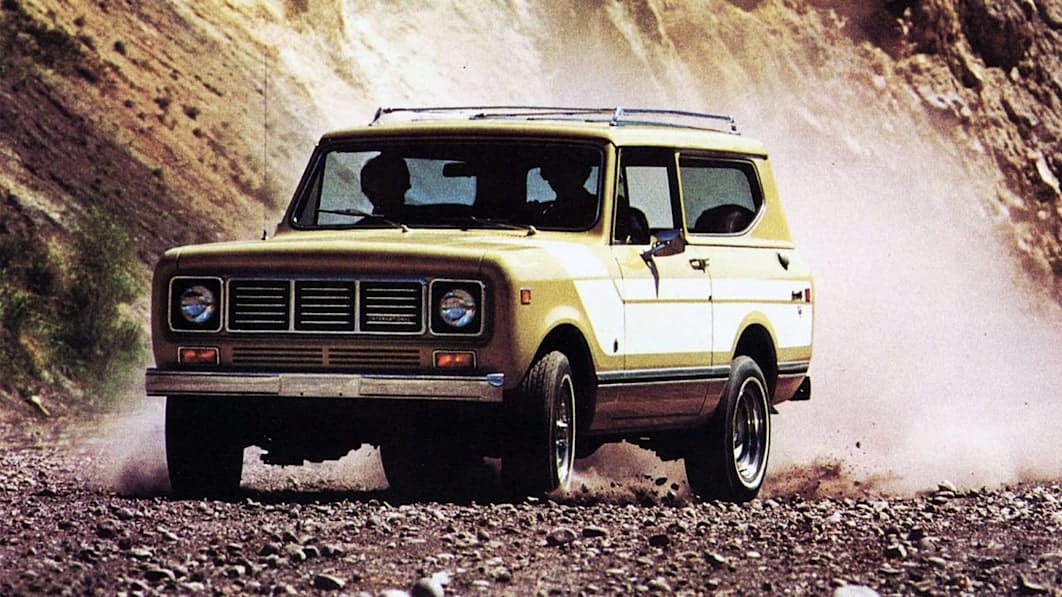 The rumors are getting louder

Volkswagen will strengthen its presence in America by bringing back the long-dormant Scout nameplate, according to a reports. Consigned to the automotive attic in 1980, the Scout name will allegedly make an unexpected comeback as a sub-brand focused on electric off-roaders.

Citing anonymous sources, the Wall Street Journal wrote that Scout will morph into a sub-brand within the Volkswagen Group with its own management team, meaning it will be on the same basic level as Porsche and Audi, among other divisions. It will initially sell two models: a pickup and an SUV. Both will be electric and built on a new skateboard-type platform, though additional technical details haven't been released. The report adds that the SUV will be about the same size as the Atlas and that the pickup will be roughly Amarok-sized, so Ford Ranger-sized. They'd be designed with a clear focus on off-roading; it sounds like Scout would have Rivian's R1T and R1S in its crosshairs.

Volkswagen is ready to invest $1 billion into the project, according to the Wall Street Journal, though Reuters claims an initial investment of 100 million euros (approximately $105 million at the current conversion rate). Both publications learned some of the funding would come from outside sources and that an IPO is in the pipeline. Launching the Scout brand may involve building a new factory, one that could be located in the United States, so it's certainly not a cheap proposition. It's a high-risk bet with high stakes: if everything goes according to plan, Volkswagen would gain a foothold in some of the biggest and most lucrative segments of the highly profitable American market.

If the report is accurate, Volkswagen's board of directors will decide whether the Scout brand gets the proverbial green light at a meeting scheduled for May 11, 2022. Production should start in 2026, and the firm hopes to sell about 250,000 cars annually in the United States.

Nothing is official at this stage, and Volkswagen told Autoblog that it can't comment on the rumor. However, Volkswagen Group design boss Klaus Zyciora reportedly posted a pair of sketches that depict the boxy, heritage-laced silhouette of a Scout-branded four-door SUV and a pickup on his Instagram page. The post has since been taken down but screen shots circulating on social media sites show a telling caption: "... to bring a true icon back to life is a challenging task and a great honor. The journey of Scout is about to start," the designer wrote.

How did Volkswagen get the Scout name?

Volkswagen and the International-Harvester Scout are pegged on completely different ends of the automotive spectrum. And yet, Wolfsburg would be legally allowed to launch a car or a sub-brand called Scout. It's a long story but, in short, International-Harvester collapsed in the early 1980s. It sold off various assets piece by piece in a bid to stay afloat. Tenneco, an Illinois-based components manufacturer, purchased International-Harvester's Agricultural Division and got the name and the logo as well. What was left of the firm (essentially the truck- and engine-building divisions) changed its name to Navistar International Corporation in 1986, and that's where the Scout nameplate landed.

Volkswagen Truck and Bus (which is now known as Traton) purchased a 16.6% stake in Navistar in February 2017 and took the company over in July 2021. So, while Volkswagen can bring back the Scout, it can't use the "IH" logo that appeared on the off-roader for decades.