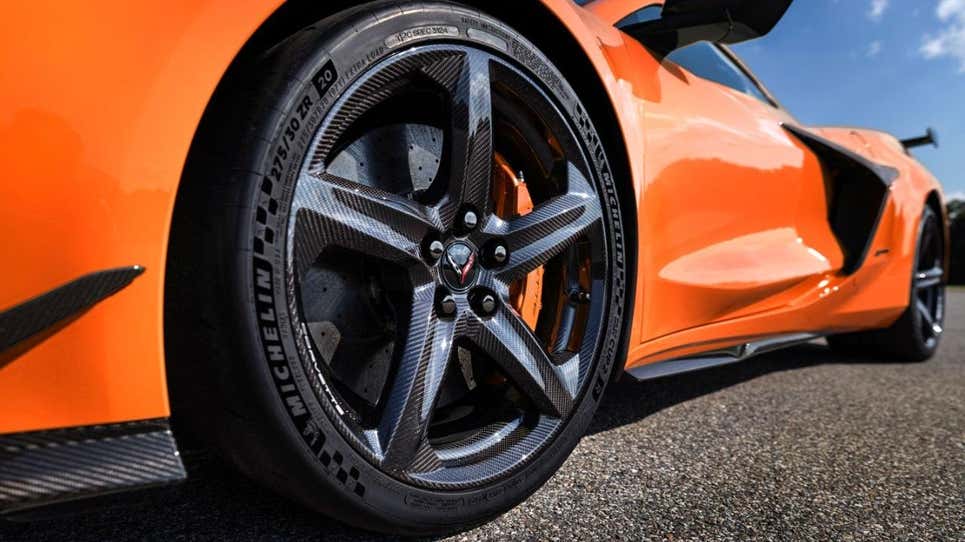 If you’re a fan of high performance sports cars, you’re likely already familiar with Carbon Revolution. The Australian-based company has been developing lightweight carbon wheels for fourteen years, providing OEM and aftermarket wheels with a reduced rotating and unsprung mass for better all-around performance. This technology has been pushed to new limits in the 2023 Chevrolet Corvette Z06 with a new 5-spoke design and a rear wheel with 21 inch by 13 inch dimensions.

The new big-power high-rev Corvette has been built to withstand track operation, and the wheels can’t fall down on the job. With 20x11 fronts and 21x13 rears, there is bound to be plenty of grip to go around, but without the weight penalty usually implied with a bigger and wider wheel. With a high-pressure resin transfer molding process and “diamond weave” technology, these carbon wheels are allegedly as strong or stronger than an aluminum wheel, but providing a stiffer wheel for more repeatable tire performance.

While Carbon Revolution did tell me how much these new wheels weigh, I’ve been sworn to secrecy lest General Motors send a Pinkerton to my house at night to make it look like an accident. Since I can’t tell, let’s look at other Carbon Revolution products. For example, the 20x11 wheel already available with Ford’s Shelby GT500 track package weighs an exemplary 17 pounds. That is a seven-spoke design, of course, so it’s not an apples to apples comparison, but, well, you get it. 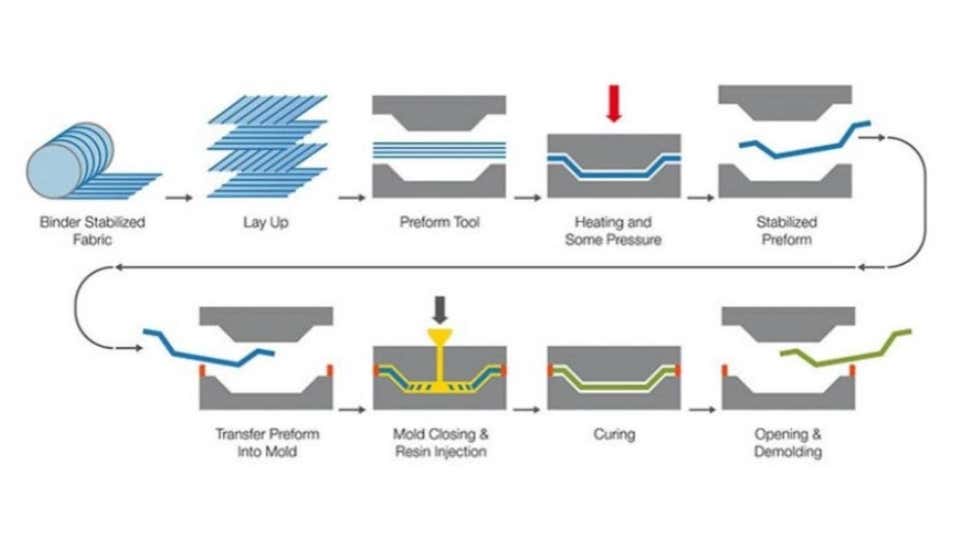 The diamond weave technology is something Carbon Revolution is quite proud of. CR builds a structural wheel in its standard practice, then takes it out of a mold, lays surface plys of carbon onto a cured wheel, and then puts it into a larger mold cavity and injects resin into that new top layer. Basically this is an aesthetic top layer of carbon on the exterior of the wheel to make the wheel look shiny and clean while also being more resistant to environmental degradation than the traditional high-pressure resin transfer molded carbon.

The new 5-spoke carbon wheel isn’t only a Corvette first, it’s an industry first, and it took forever to properly engineer. Five years, to be exact. In order to get the strength from 5 spokes of carbon that are needed to support the performance needed for a Corvette Z06, CR had to carefully position layers of fabric relative to one another to make them overlap each other in a stronger fashion at the point where the spoke meets the wheel rim. Carbon Revolution says they had to incorporate something it calls ‘the ski jump’ which is a solid block of carbon connecting the front of the spoke to the back. It’s never been pushed into production until now.

A lightweight wheel with a big tire will help a car’s performance by increasing grip, acceleration, braking, cornering, and turn-in. Most engineers would kill for this kind of all-around performance improvement. It’s maybe not revolutionary to say that carbon wheels make a performance car perform better in pretty much every metric, but this is a revolutionary design. Here’s hoping the car these wheels are going on is deserving. For right now, it sure seems like it will be.