General Motors just dropped a new teaser video for the upcoming 2023 Corvette Z06. The new go-faster variant of the mid-engine Chevrolet Corvette will debut this fall.

The new teaser video is just 24 seconds long, but features an enticing soundtrack, giving us an earful of the engine in the 2023 Corvette Z06 as it shifts through the gears at full throttle. The accompanying imagery plays between the race track and a county two-lane road.

“The street will never sound the same,” reads the overlaid text. 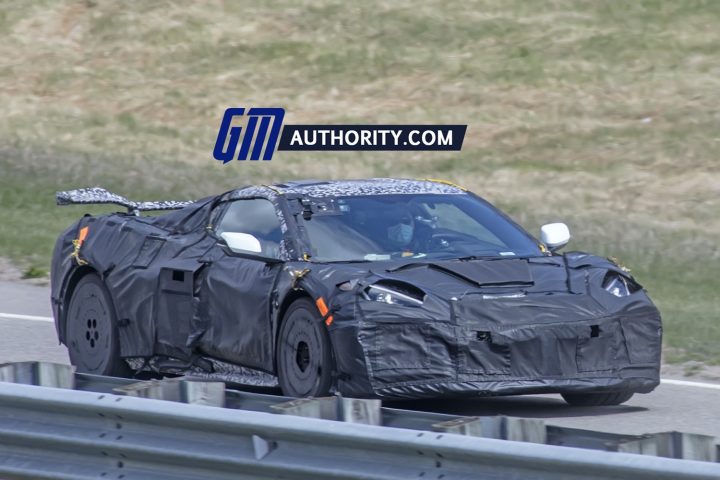 That soaring, exotic-sounding engine note comes from the 2023 Corvette Z06’s new naturally aspirated 5.5L V8 LT6 gasoline engine, which features a 32-valve DOHC design and a flat-plane crank. Redline should be north of 8,000 rpm. Based on the same V8 found in the C8.R racecar, the LT6 in the 2023 Corvette Z06 is expected to produce around 600 horsepower and between 480 pound-feet and 550 pound-feet of torque, with an eight-speed automatic transmission sending it all rearwards.

To complement the impressive engine specs, the 2023 Corvette Z06 will also feature unique styling, as GM Authority has covered previously. The new look will include a massive rear wing offered as part of the optional Z07 performance package, and new lightweight carbon fiber wheels. The latest go-faster Vette will roll on wider rubber too, with 275/30ZR20 tires in front and 345/25ZR21 tires in the rear, courtesy of Michelin’s Pilot Sport Cup 2R compound.

Notably, the 2023 Corvette Z06 also includes a new Z06 badge, as was leaked online back in May. The new logo includes squared lettering, rounded edges, and italicized script, and can be seen in the latest teaser video embedded below.

All told, the 2023 Corvette Z06 is shaping up to be an exciting new addition to the latest C8 Corvette lineup, and given GM is benchmarking it against heavy-hitters like the Ferrari 458 Italia and Porsche 911 GT2 RS, it should have some pretty impressive performance chops.