After recent Pierce-Arrow Society ruling, car clubs given some control over fates of resurrected brands 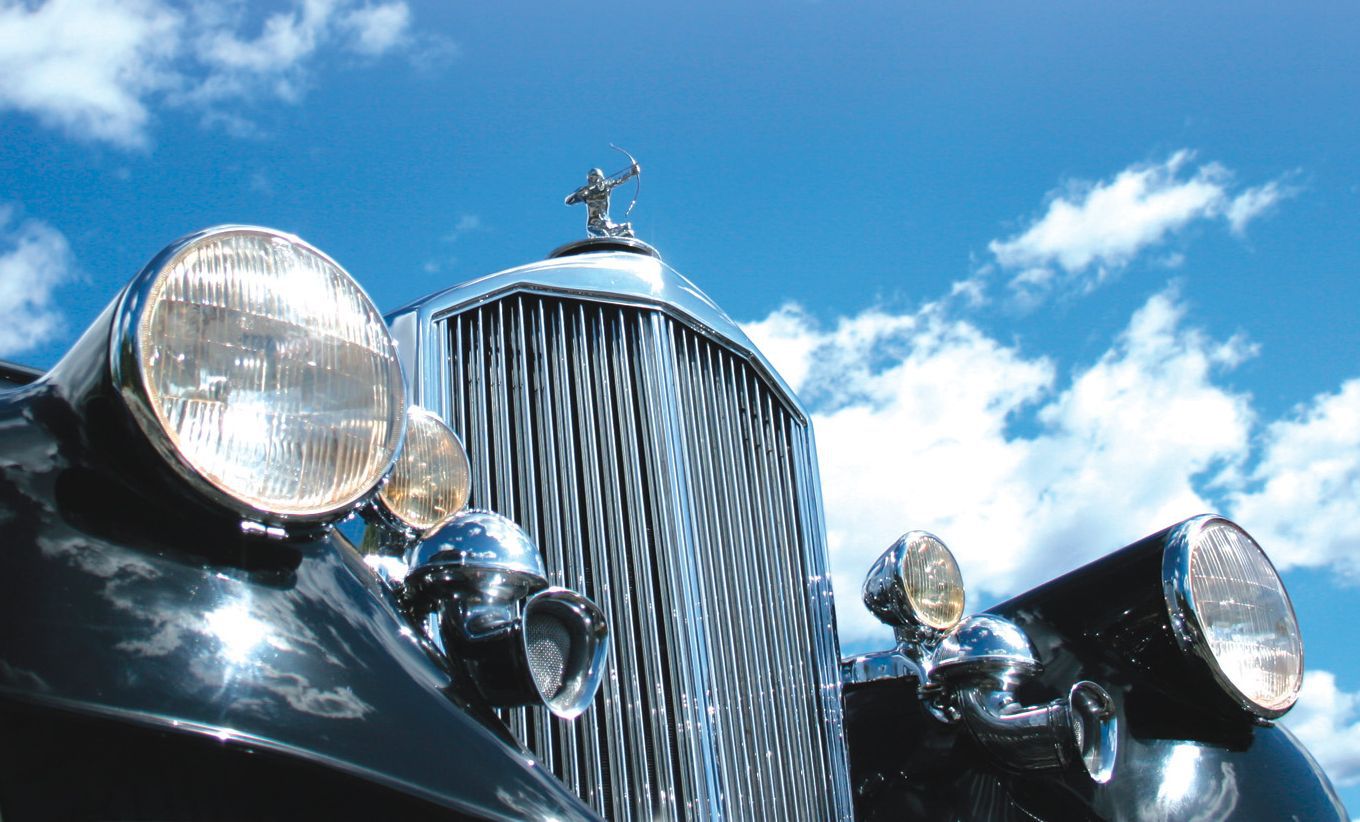 Photo by the author.

In the annals of automotive history lie the names of thousands of dead carmakers. While most of them remain long-forgotten, some still carry enough cachet for occasional attempts at reviving those brands. Or, at least, that was the case until a recent U.S. Patent and Trademark Office ruling that effectively put the fates of defunct brands into the hands of the car clubs dedicated to those brands.

“We’re delighted; it just makes good sense,” said Marc Hamburger, a former president of the Pierce-Arrow Society who pursued a recent trademark case to defend the Pierce-Arrow mark from use by modern-day car manufacturers. “You cannot make a new Pierce-Arrow. They were built from 1901 to 1938, period.”

The dispute over the Pierce-Arrow trademark dates to January 2015, when the Pierce-Arrow Society’s outside attorney, Alan Cooper, discovered that William Greene, the president of filtration company SpinTek, had filed for a trademark on the Pierce-Arrow name for use in automobile production. The name was reportedly slated for the Millennium Golden Dragon, a customized stretch limousine based on a modern Bentley, as seen in a promotional video.

“It had nothing to do with Pierce-Arrow,” Hamburger said.

Thus, the TTAB ultimately sided with the Pierce-Arrow Society and rescinded Greene’s trademark. According to Cooper, Greene briefly considered appealing the TTAB’s decision, but later withdrew that appeal, effectively bringing the case to an end.

In addition to ruling in favor of the Pierce-Arrow Society, the TTAB determined the decision to be precedential, meaning other car clubs could potentially refer to the decision in their own oppositions to trademarks for other revived automobile brands. Cooper cautioned, though, that while the TTAB’s decision “provides a significant basis for car clubs to protect trademark rights,” referring to the case’s precedent would only work for similar or analogous situations.

Whether the TTAB’s ruling would throw water on the fire for plans to build turnkey replica vehicles under the Low Volume Motor Vehicle Manufacturers Act remains to be seen and will likely depend on individual circumstances. Under the replica car act, replica car manufacturers have to obtain “license for the product configuration, trade dress, trademark, or patent, for the motor vehicle that is intended to be replicated from the original manufacturer, its successors or assignees, or current owner of such product configuration.”

Indeed, many, if not all of the manufacturers who are or were planning to take advantage of the replica car law had already secured the rights to the vehicles’ trademarks. Craig Corbell, for instance, bought the rights to the Cord name for $242,000 in late 2014 from the family of the late Glenn Pray, who had previously bought the rights from a Cord company successor, for his planned Cord revival project.

Hamburger, whose career focused largely on protecting Coca-Cola’s trademark from dilution, took a more expansive view of the TTAB decision’s implications. “I wish other clubs would take more steps to protect their trademarks,” he said. “The cars live on; I hate to call them dead brands because the cars are still on the road, still used.” He maintains that Corbell – as well as the current holder of the Cord rights following Corbell’s decision to sell them at auction – shouldn’t have been able to even entertain a Cord revival project.

According to Hamburger, the Pierce-Arrow Society’s opposition to the trademark didn’t arise from any value judgement over Greene’s attempt to revive the name. Rather, the club opposes any and all attempts to revive the name. For example, it successfully prevented a group of European investors from using the name in an attempted revival more than a decade ago using a V-24 engine and a Luigi Colani-designed body. (In the United States, at least. In Canada, the Pierce-Arrow Society’s opposition to Olaf vom Heu’s registration of the Pierce-Arrow trademark was overruled.)

“It’s inconceivable that we’d ever endorse the creation of a new Pierce-Arrow,” he said.

SpinTek has registered two other automotive trademarks, one for Peerless and one for Berline. The latter has been abandoned, but the former remains valid and has gone unopposed.

Neither Greene nor his trademark attorney have returned calls for comment for this story.