With our 1975 Trans Am build well underway, the RKM Performance Center is excited to highlight a second project: the ground-up restoration of this 1960 Impala. Like many of today’s classic car enthusiasts, the car’s owner wanted a serious pro-tourer. That said, he decided to go with something a little less traditional than the average pony car. After a few meetings, we provided knock-out specs that included fresh upholstery, a 430 horsepower LS3, a Tremec 5-speed transmission and a custom Roadster Shop Fast Track Stage III chassis. And a few weeks later, he provided a clean Chevy resto-mod that would serve as a solid starting point.

At least, that’s what we all thought. During disassembly we were pretty optimistic about the coupe’s body, because the hood, fenders and doors appeared very well kept. And the quarters, despite being patched at one time, were well-restored and certainly salvageable. Unfortunately, that optimism quickly faded as we started pulling the carpet from the car’s massive trunk. Despite being patched, the trunk pan was so thin that, in places, it wouldn’t take much to put your hand through it. That blight only worsened when we started pulling carpet from the interior, as we discovered badly rotted floors that were held together, albeit just barely, with insulation and sheetmetal. At this point, it was safe to assume that our Impala build would be very much the opposite of our Trans Am build. Where that car was a super clean strip-and-assemble that required minimal body work, this Impala would be the kind of challenge that, in the words of Fab Manager Darell Johnston: “separates the boys from the men.” 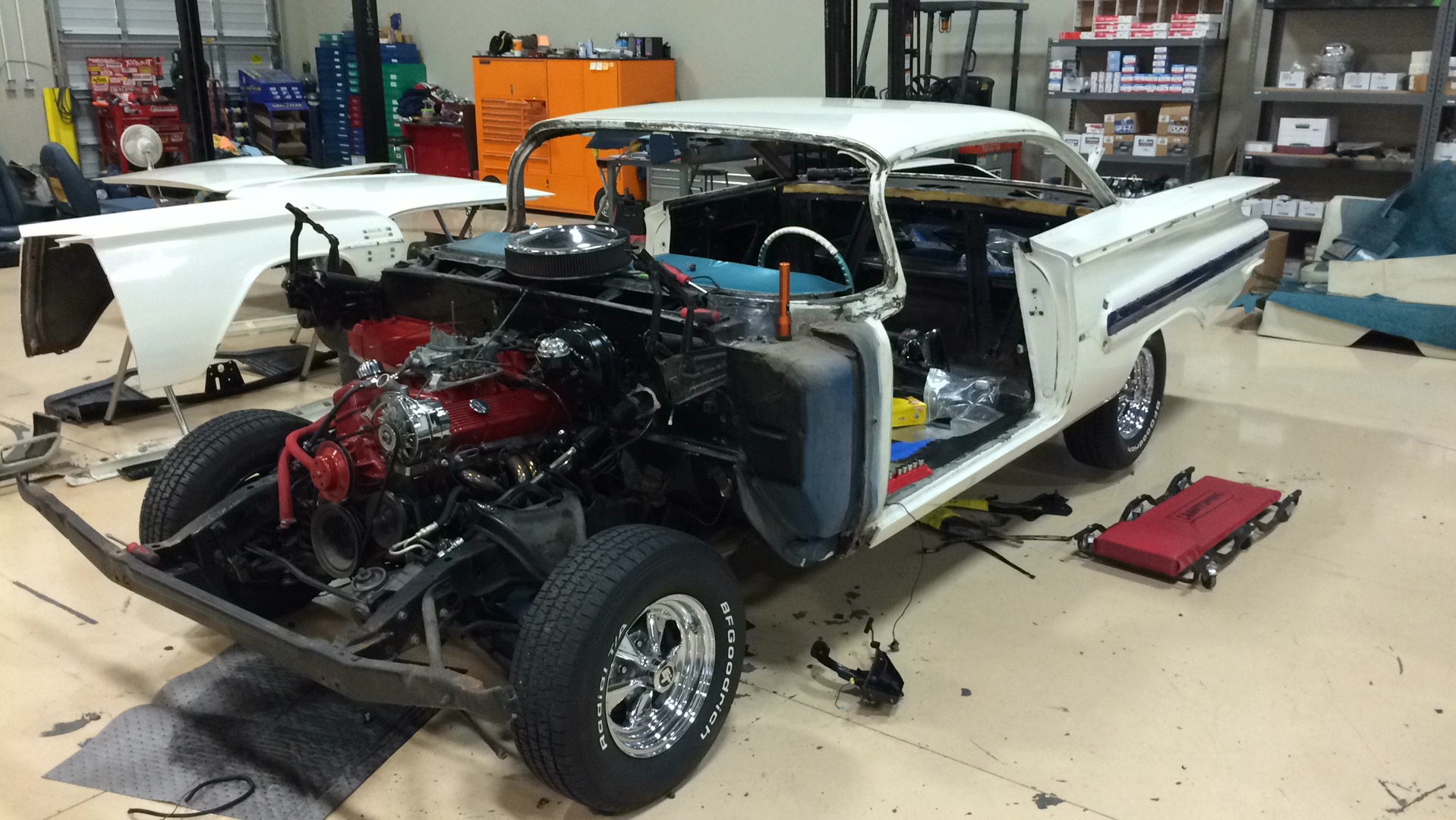 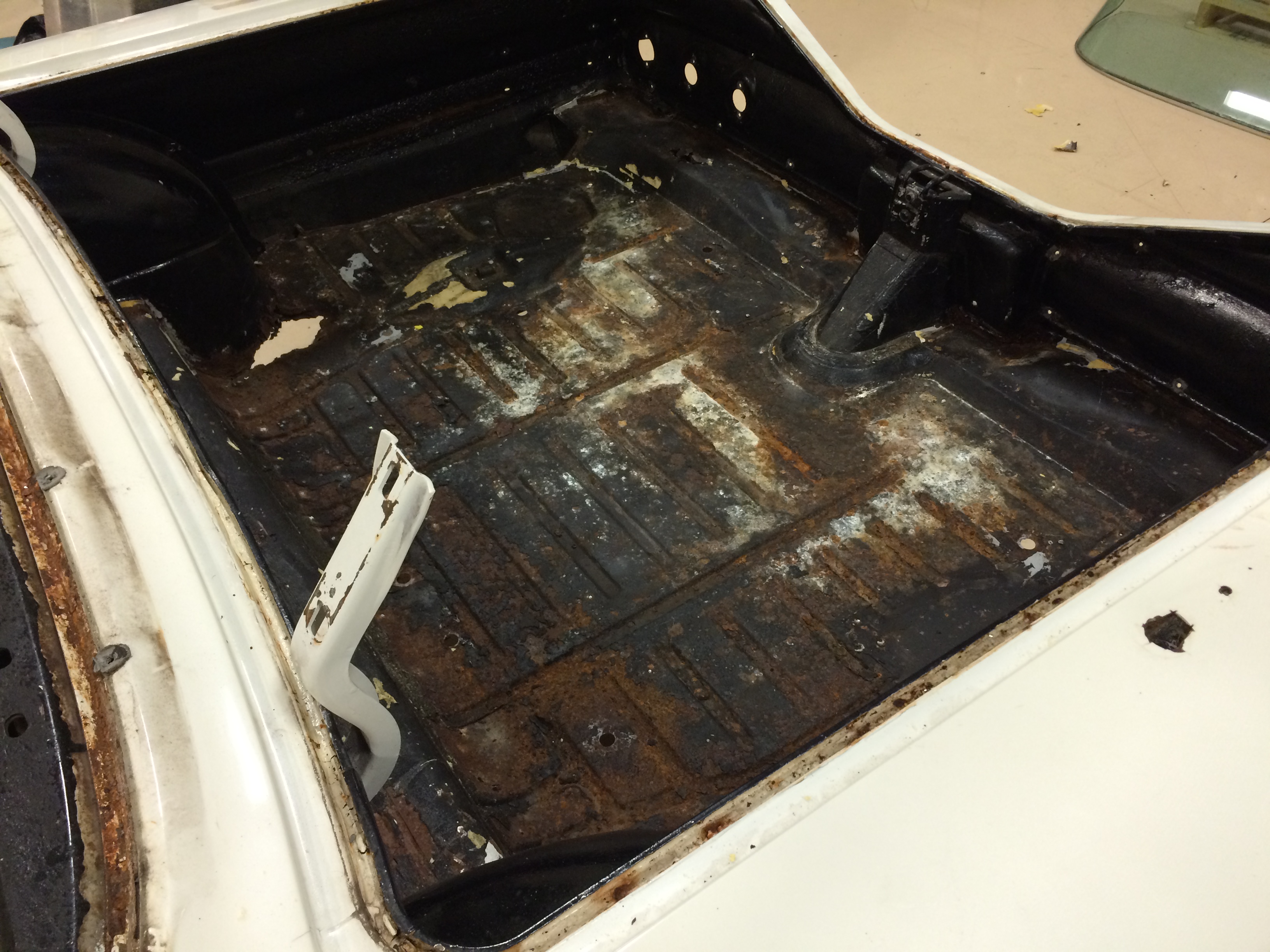 We all know this isn’t a rare phenomenon. Finding cars that look good on the outside and need lots of work beneath the surface is pretty commonplace in a hobby that celebrates over a century of history. Fortunately, much of this Chevy’s original trim is perfectly usable, and a full-size table of baubles and bolt-ons will be shipped to Advanced Plating in Nashville, Tennessee for the full show treatment. After hours of sanding, the car’s removable panels look surprisingly good. The fenders appear to be rust-free, untouched originals, only needing a bit of straightening on one side -- possibly from a minor run-in with a mailbox. Likewise, the doors appear to be solid originals that have been patched at some point. The hood and trunk will probably be the easiest parts of the rehab. But, when it comes to this Impala’s fuselage, well, we’ll let the pictures do the initial talking… 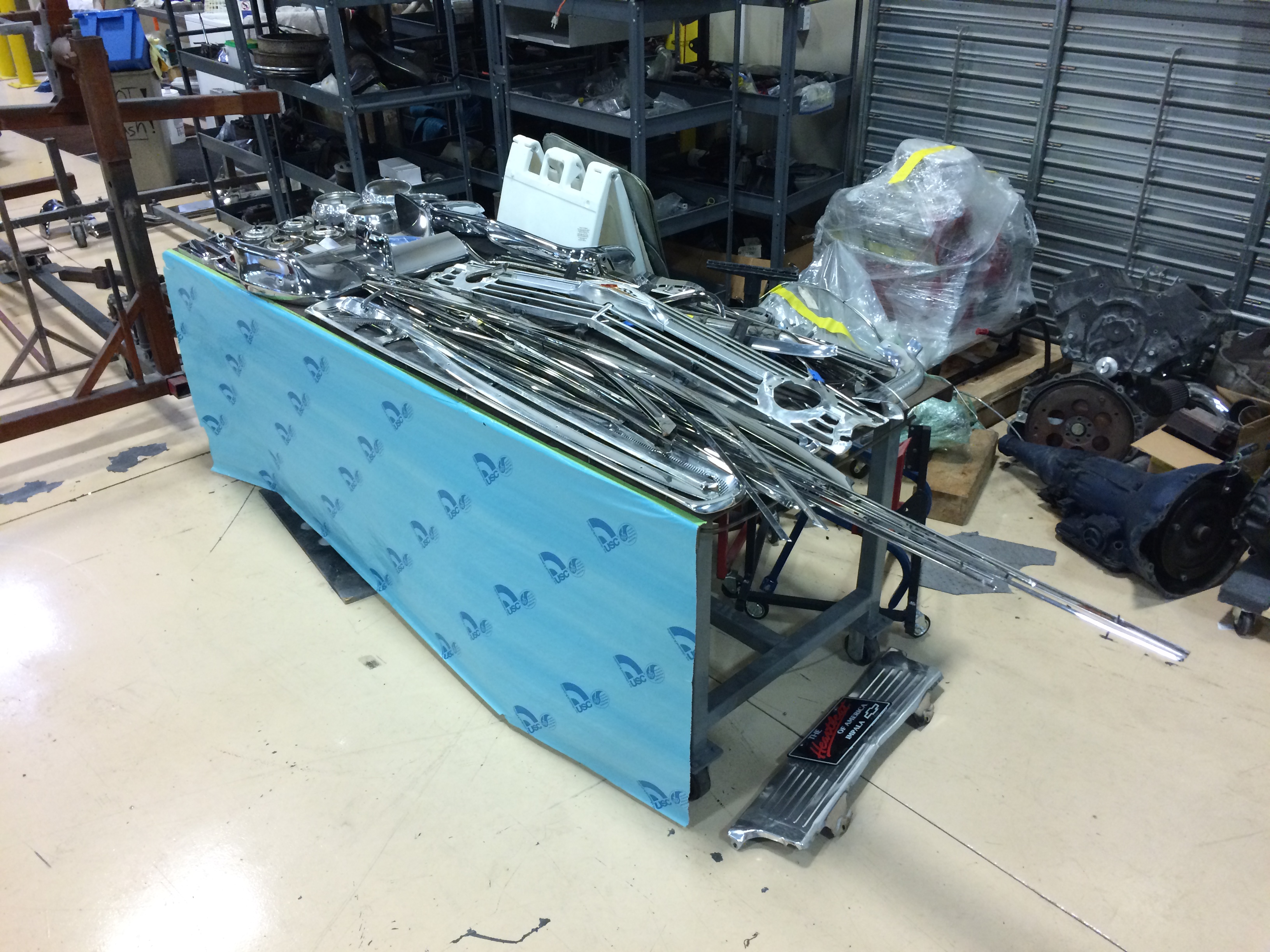 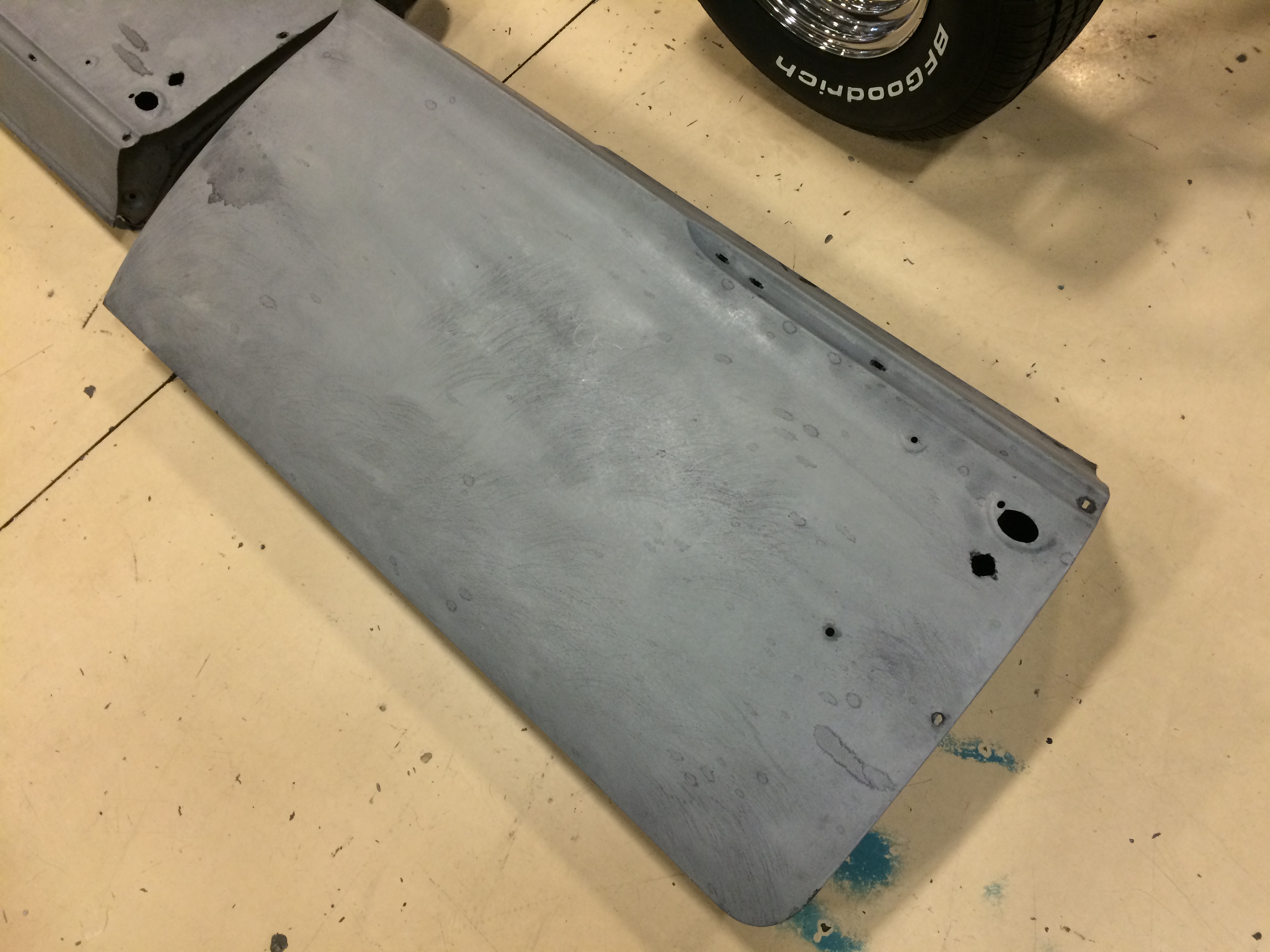 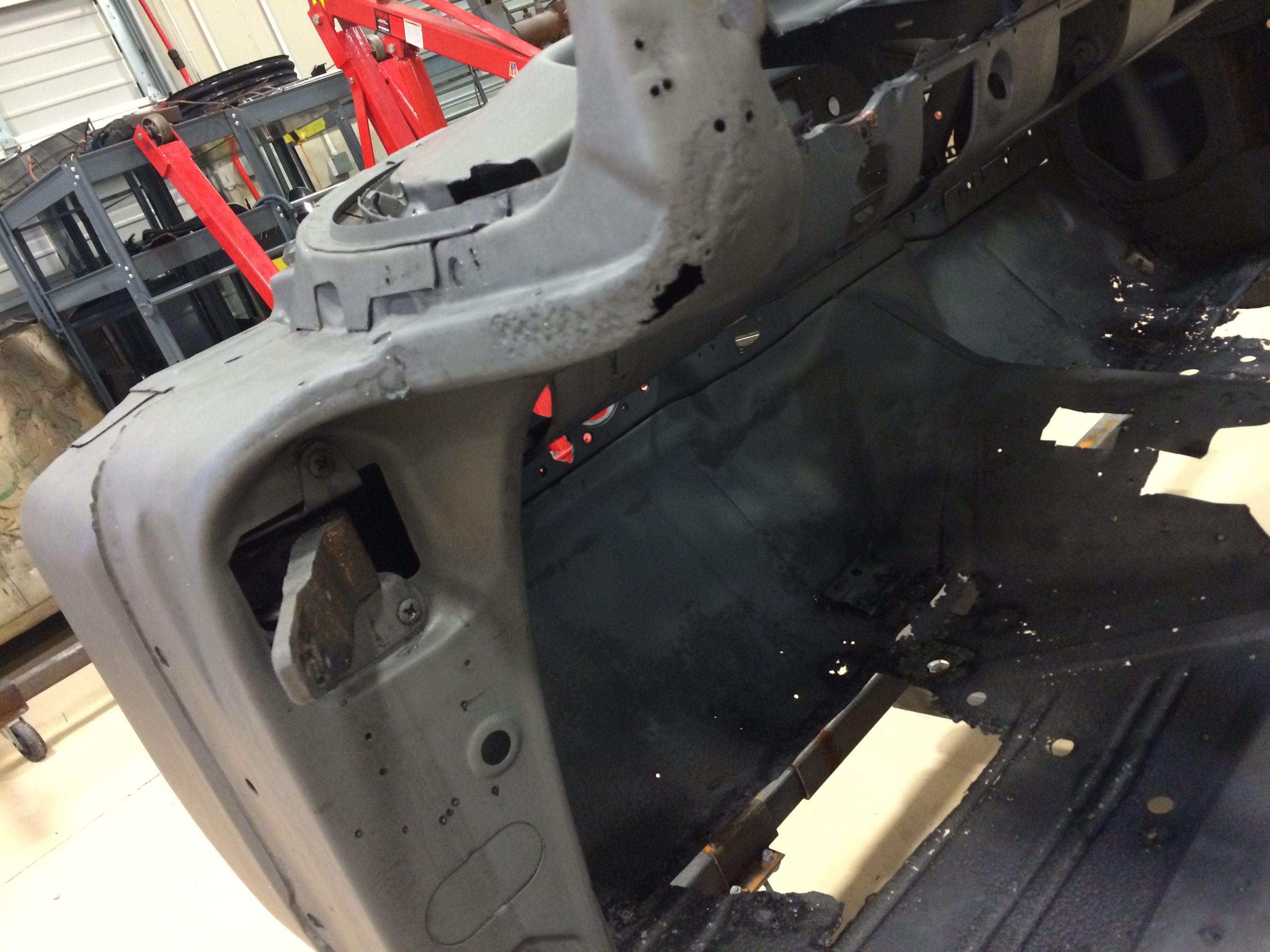 Even before the car returned from a full dip at Carolina Chem-Strip, we knew the floors were pretty much wasted. That posed a bit of a problem because, as is the case with many late ‘50s and early ‘60s classics, finding new stampings is a bit difficult. On top of that, new stampings often differ from original equipment in quality and/or design. For instance, at this point, this Impala’s trunk pan is only available in pieces, so we’ll have added labor in their assembly. And when combined with the aforementioned floors, a new transition panel, tubbed wheel wells and, most likely, custom-fabricated drops, this project starts to become very labor-intensive. Progressing out of the trunk reveals a marred channel that’ll need pretty substantial repairs, and a patched and rusted tail panel that we’re fairly certain no one reproduces. Even after the acid, the car’s quarters look pretty good, save for a dot or two of rust. Thankfully, the roof is solid despite a couple of flat spots. Window channels are 50/50, with the windshield channel being okay and the backlite channel needing a lot of TLC. The firewall and toe boards are solid. But the rockers, like the floor, are completely shot both inside and out. 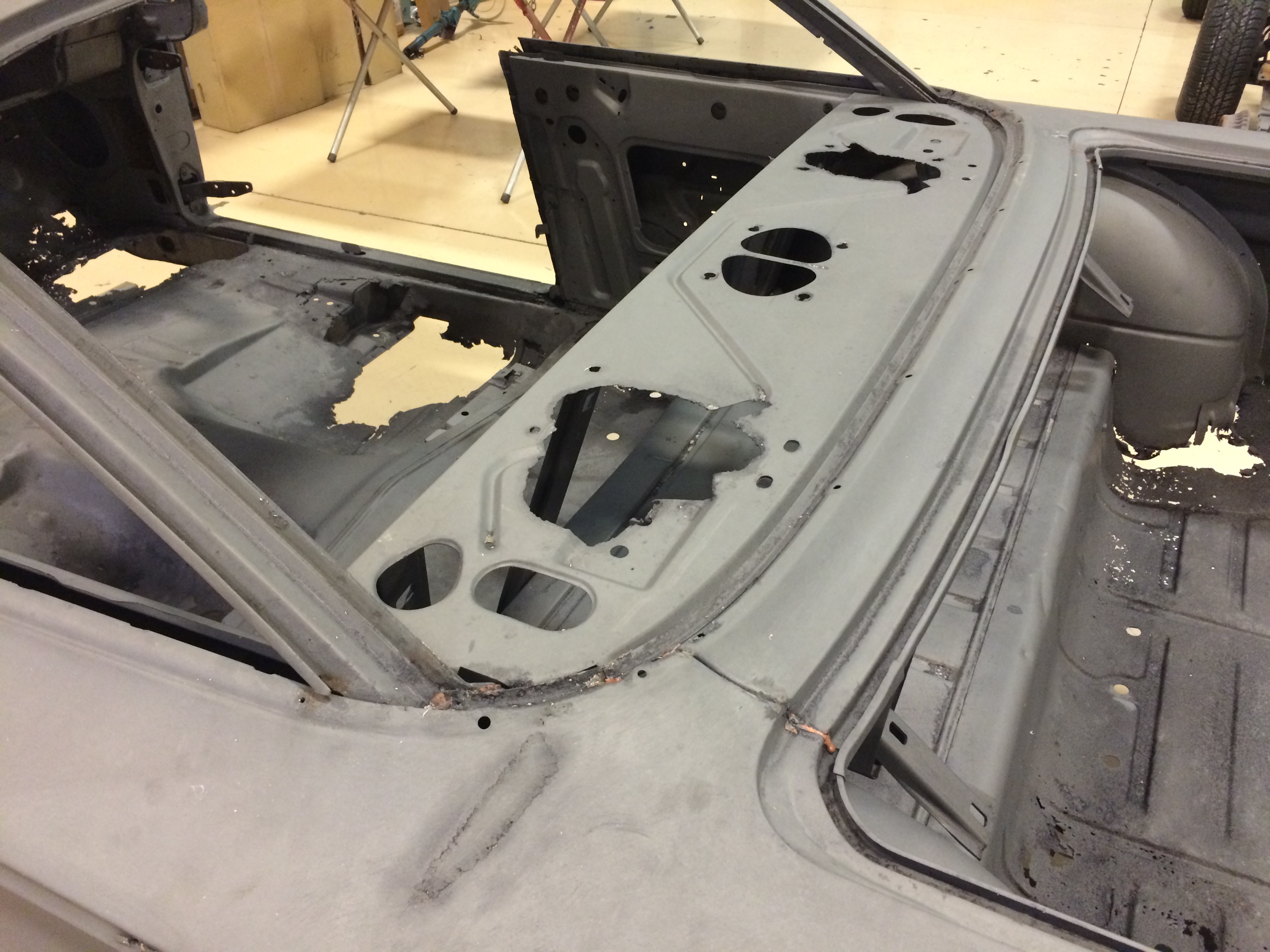 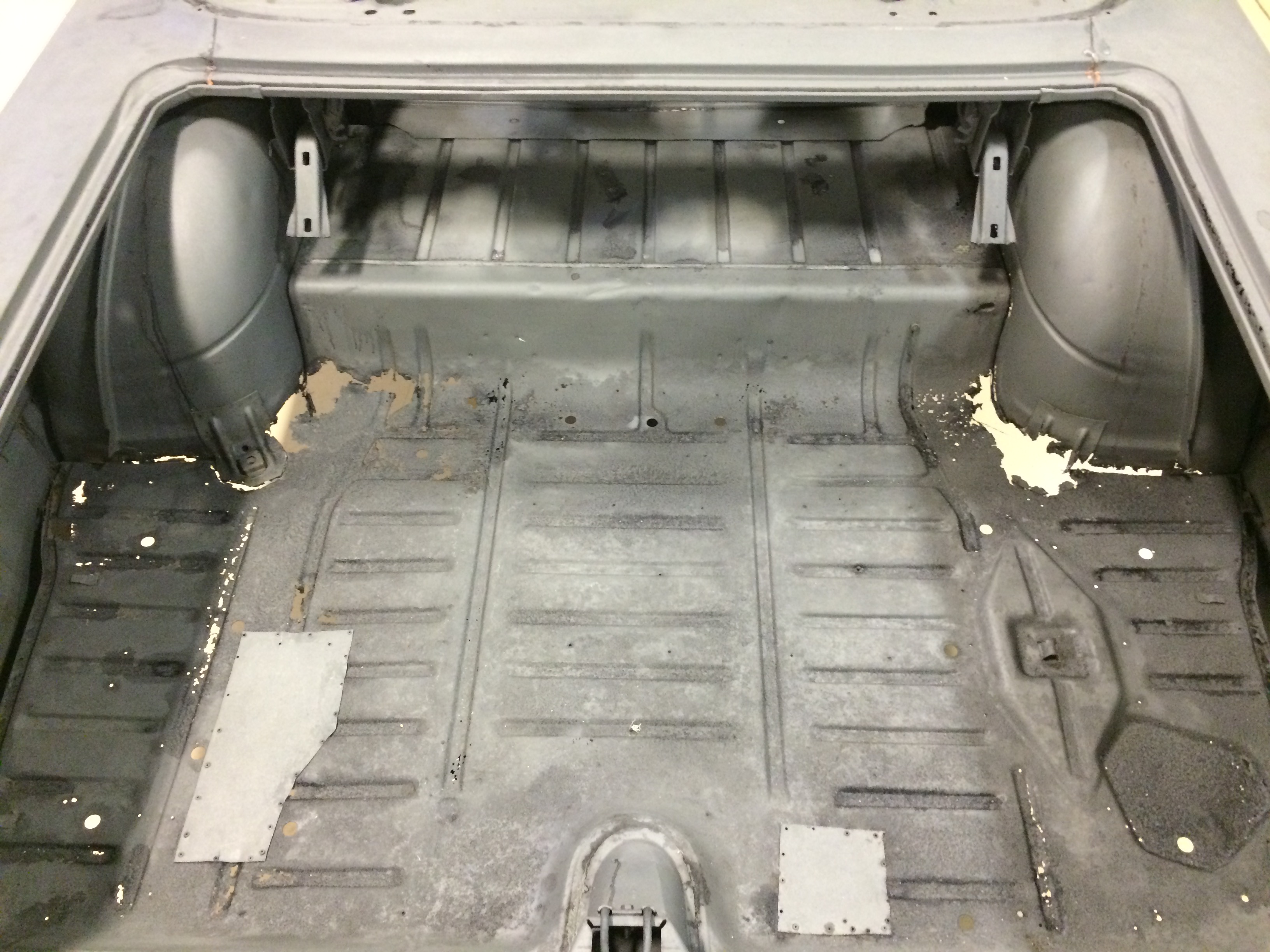 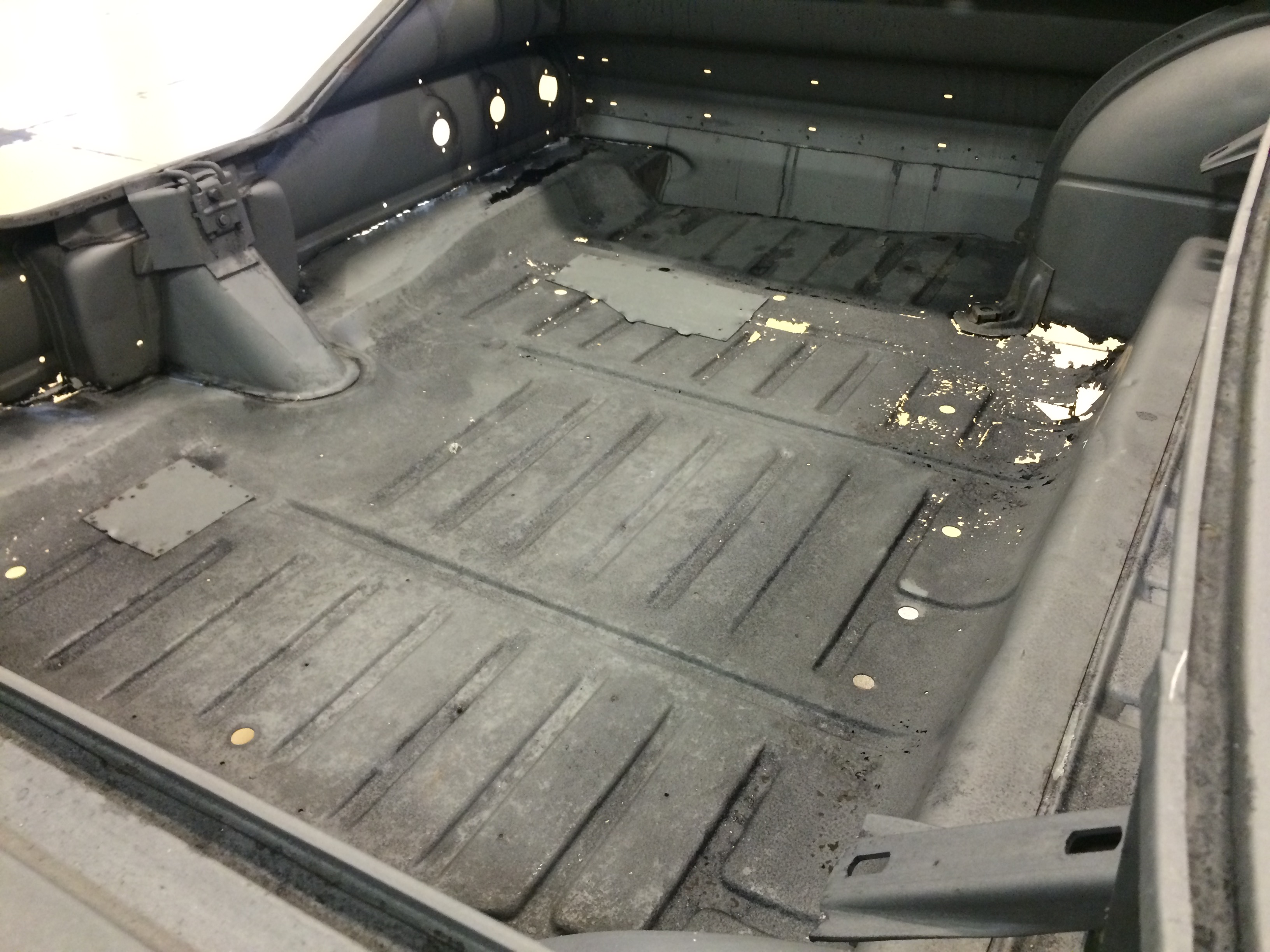 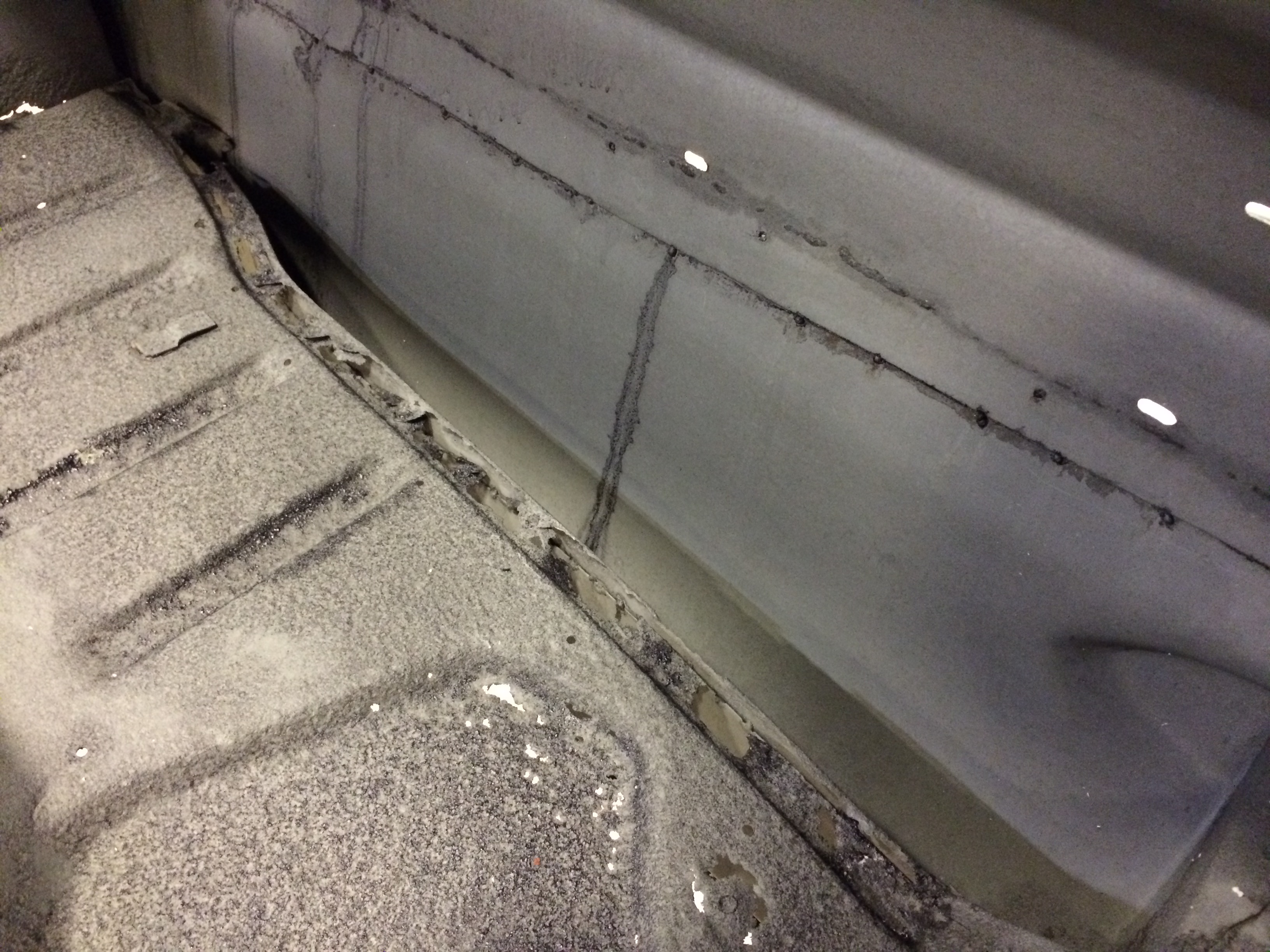 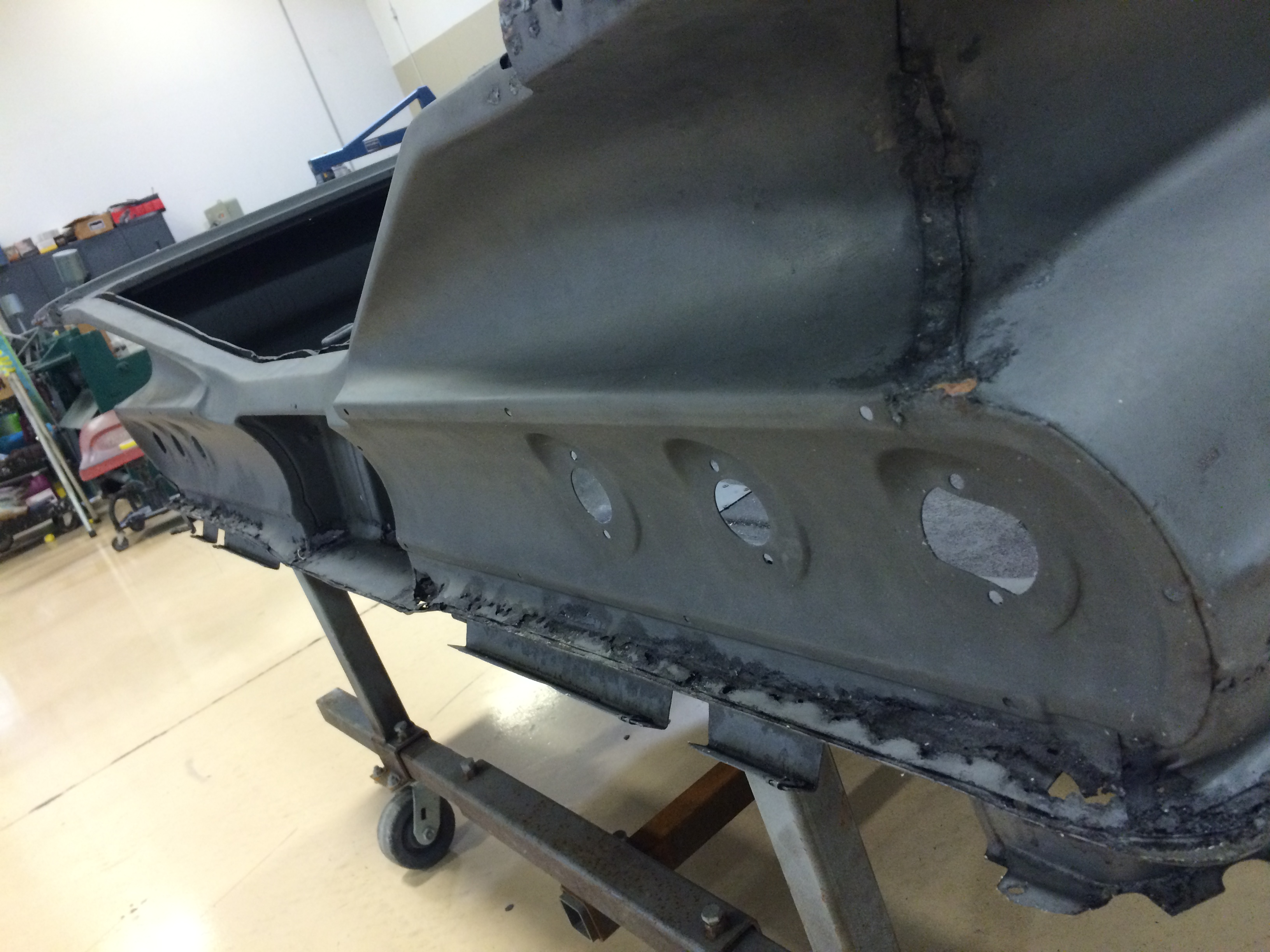 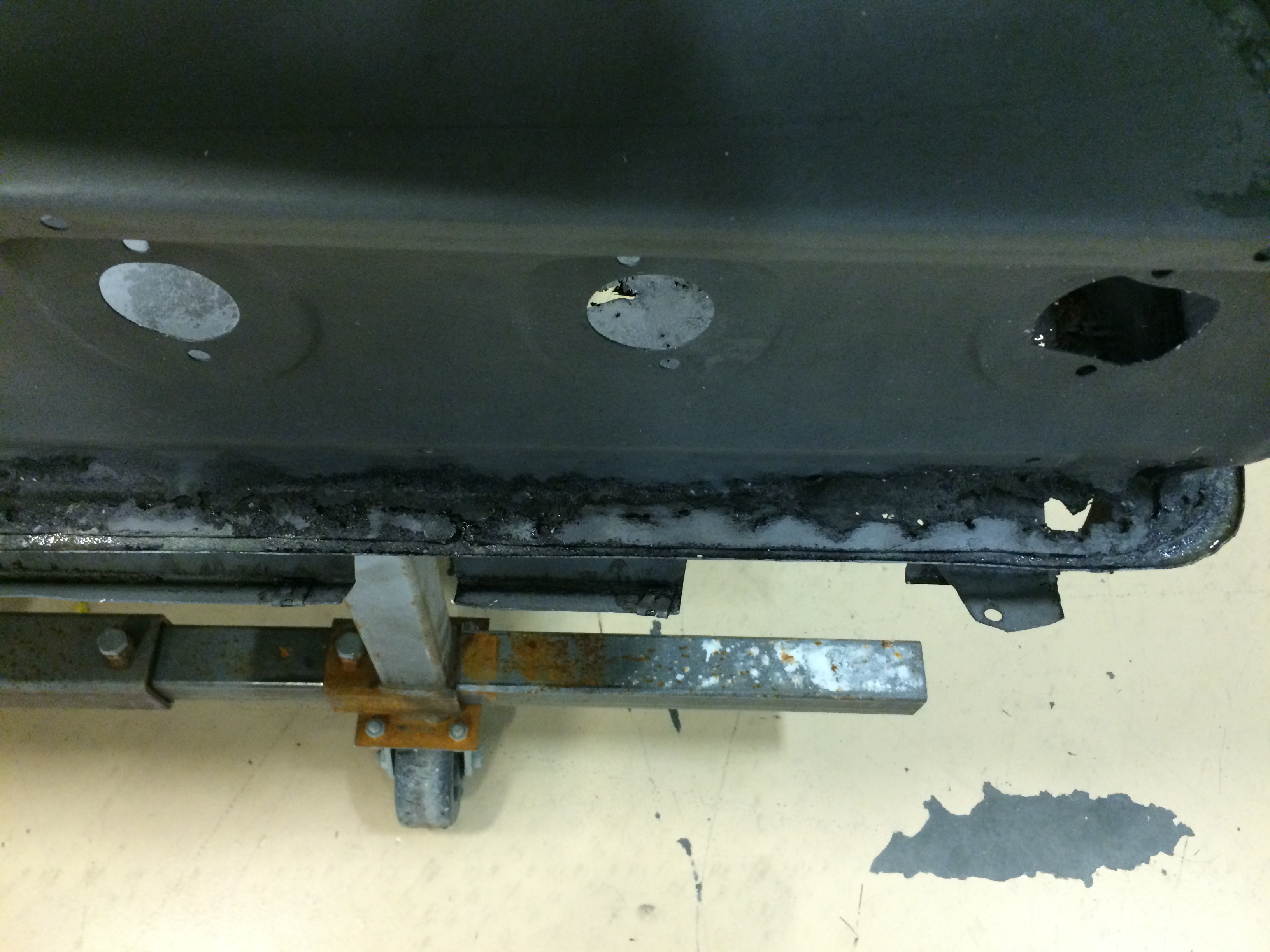 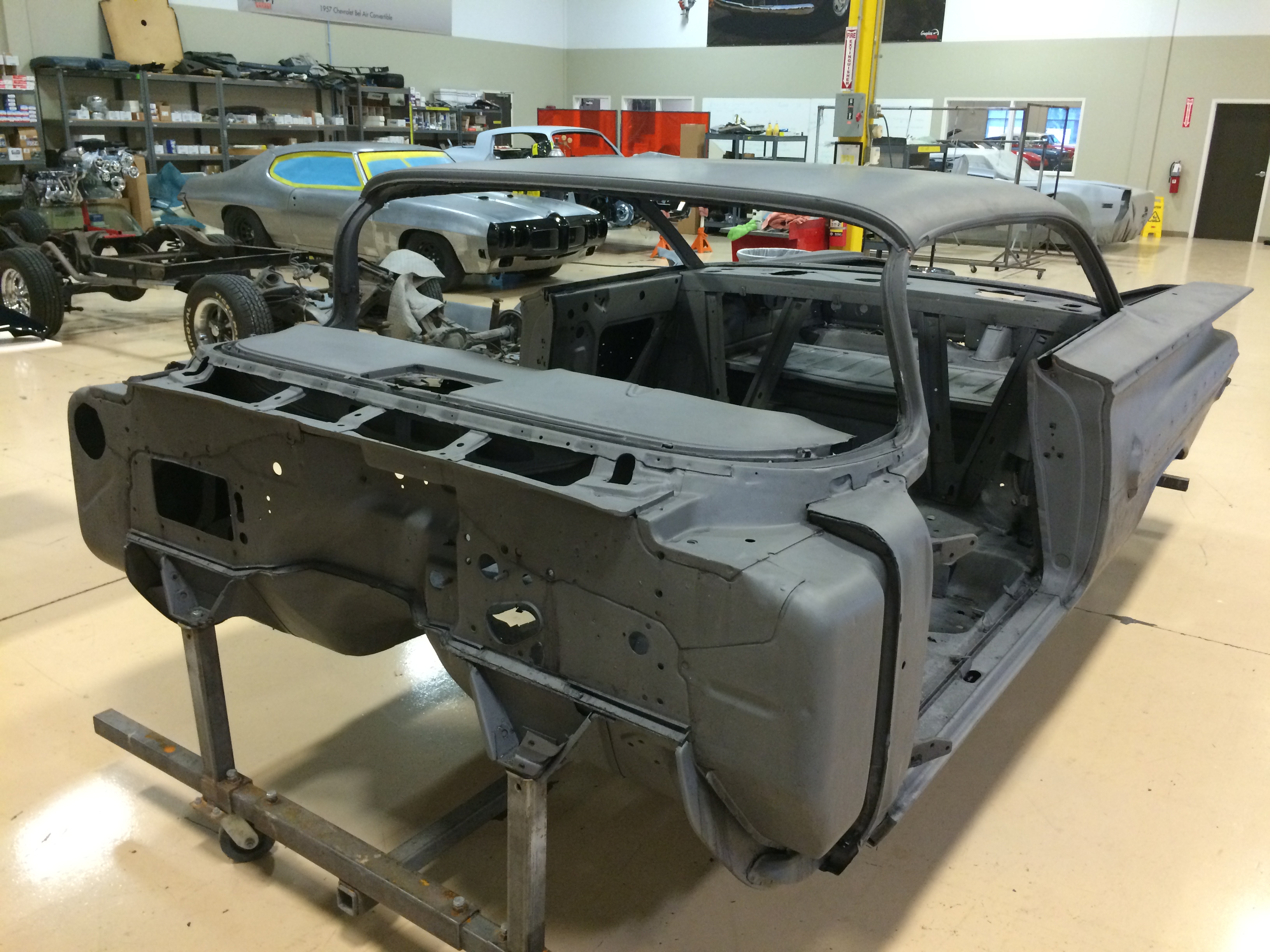 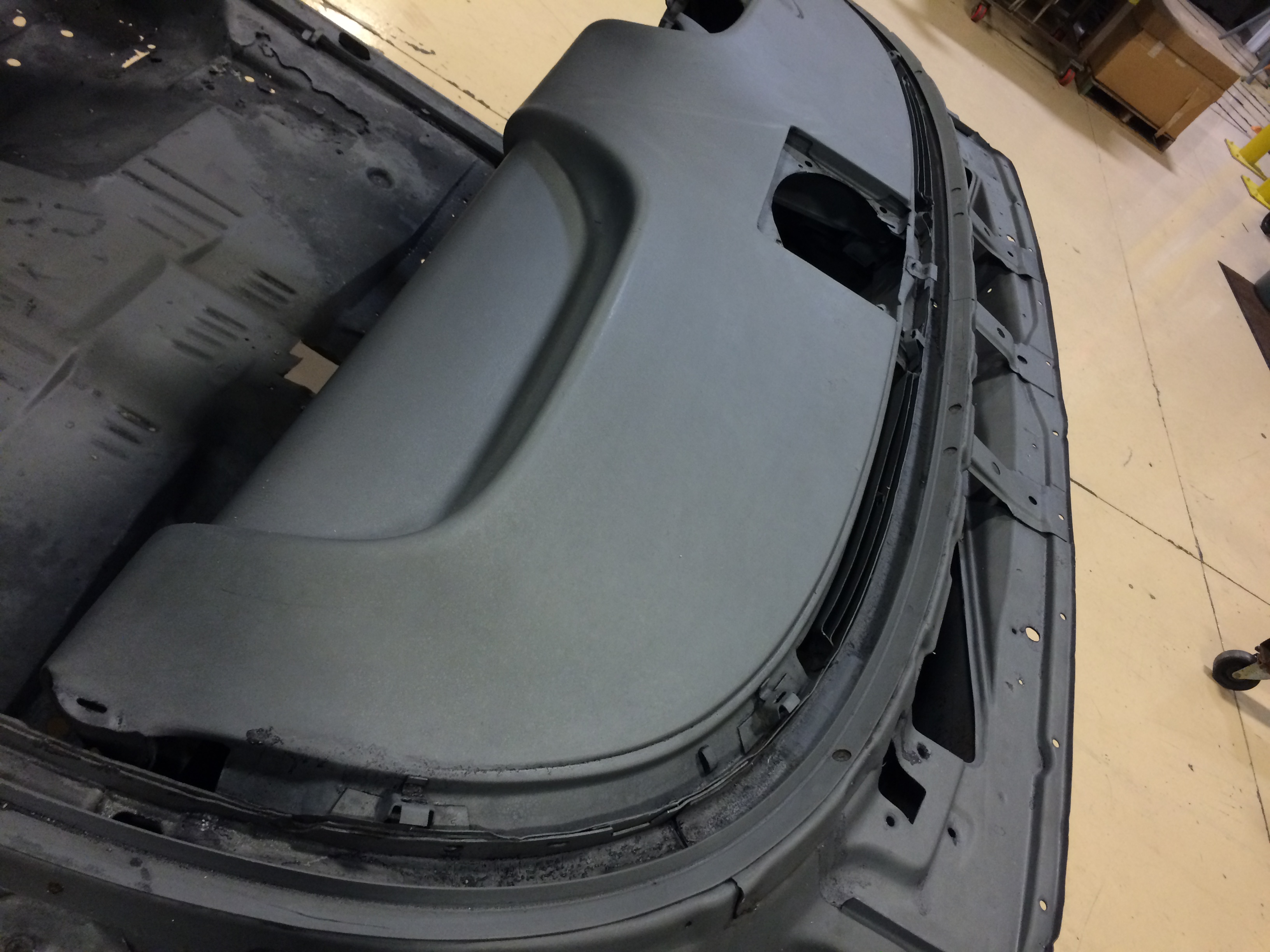 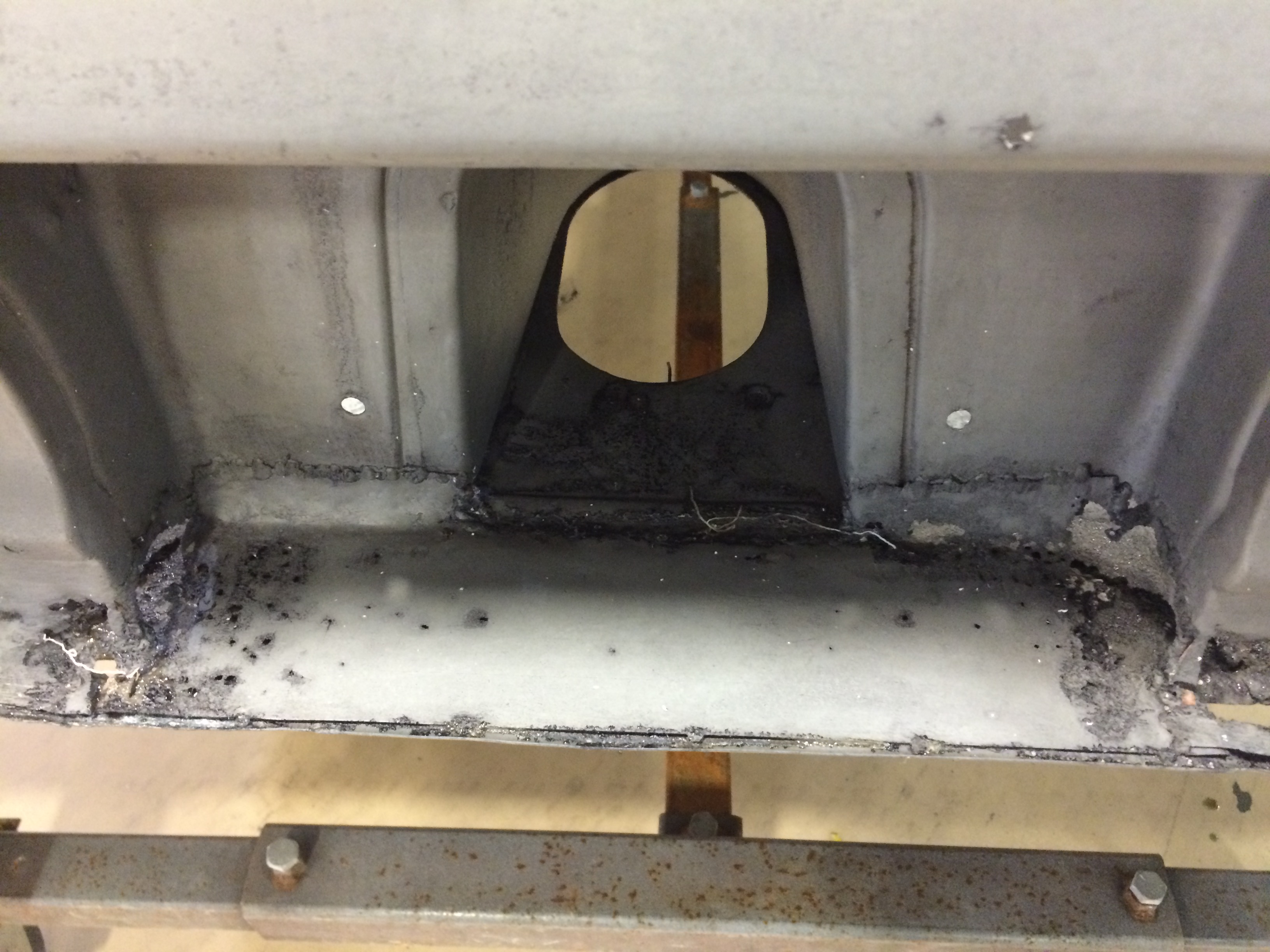 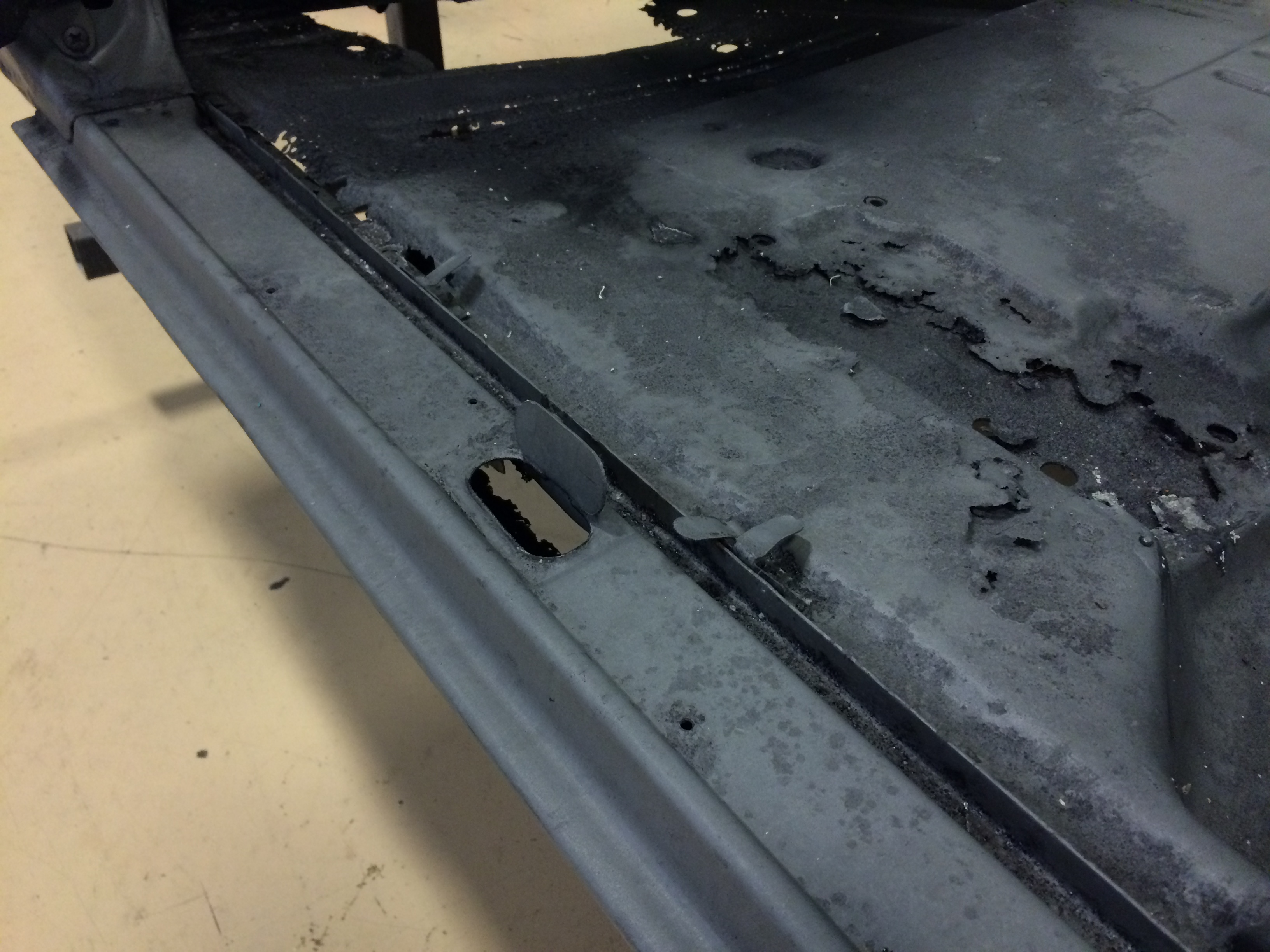 At first glance, this project seems pretty intimidating. But Fab Manager Darell Johnston says he’s certainly seen worse. And since the RKM Performance Center has a full restoration facility, we consider this Chevy a unique opportunity to not only build a serious yet offbeat pro-tourer, but also showcase our world-class expertise. Join us in a few weeks when the welds start fusing and the sparks start flying, as we dive headfirst into Fabrication!