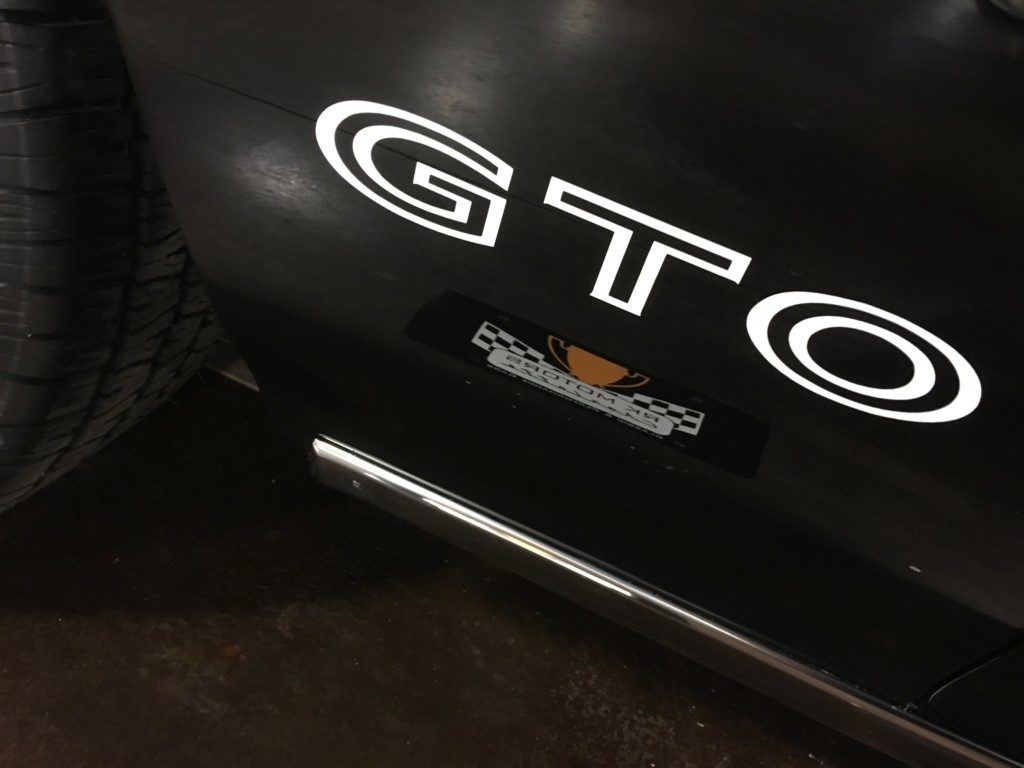 Considering our extensive coverage of the RKM Performance Center’s awesome Trans Am and Impala projects, you’re probably thinking we specialize in comprehensive, 6-figure restorations. Not specifically. See, we’re a full-service facility that can tackle almost any of your automotive needs. So, if you’re like the owner of this slick GTO – an accomplished enthusiast who likes to do most of his own work, we can help you out, too. Rolling in to our shop as a solid classic that was built to run, this GTO merely needed the right finishing touch. And by that, we mean a killer paint job that highlighted the great craftsmanship of its years-long build.

The plan was to refinish this awesome Poncho in a silky coat of black 2-stage that’s so slick it looks wet at all times. To do that, we had to make sure all the car’s panels were acutely aligned. That task is a lot harder than one might think, since we’re dealing with moody urethane and a combination of original, NOS and reproduction metal that’s seen almost 50 years of who knows what. Put it this way: in the world of restoration, metal is a whole topic unto itself. For starters, reproduction pieces can sometimes be a curse and a gift. Sure, it’s nice to be able to buy off-the-shelf parts for what is, basically, an antique. However, thanks to differing quality standards, differing budgets and stuff like stretching molds, new panels often require quite a bit of finishing work. By comparison, original and NOS panels usually fit better. But they’ve also survived decades in the wild, subjected to wear and tear, weather and the occasional ding. 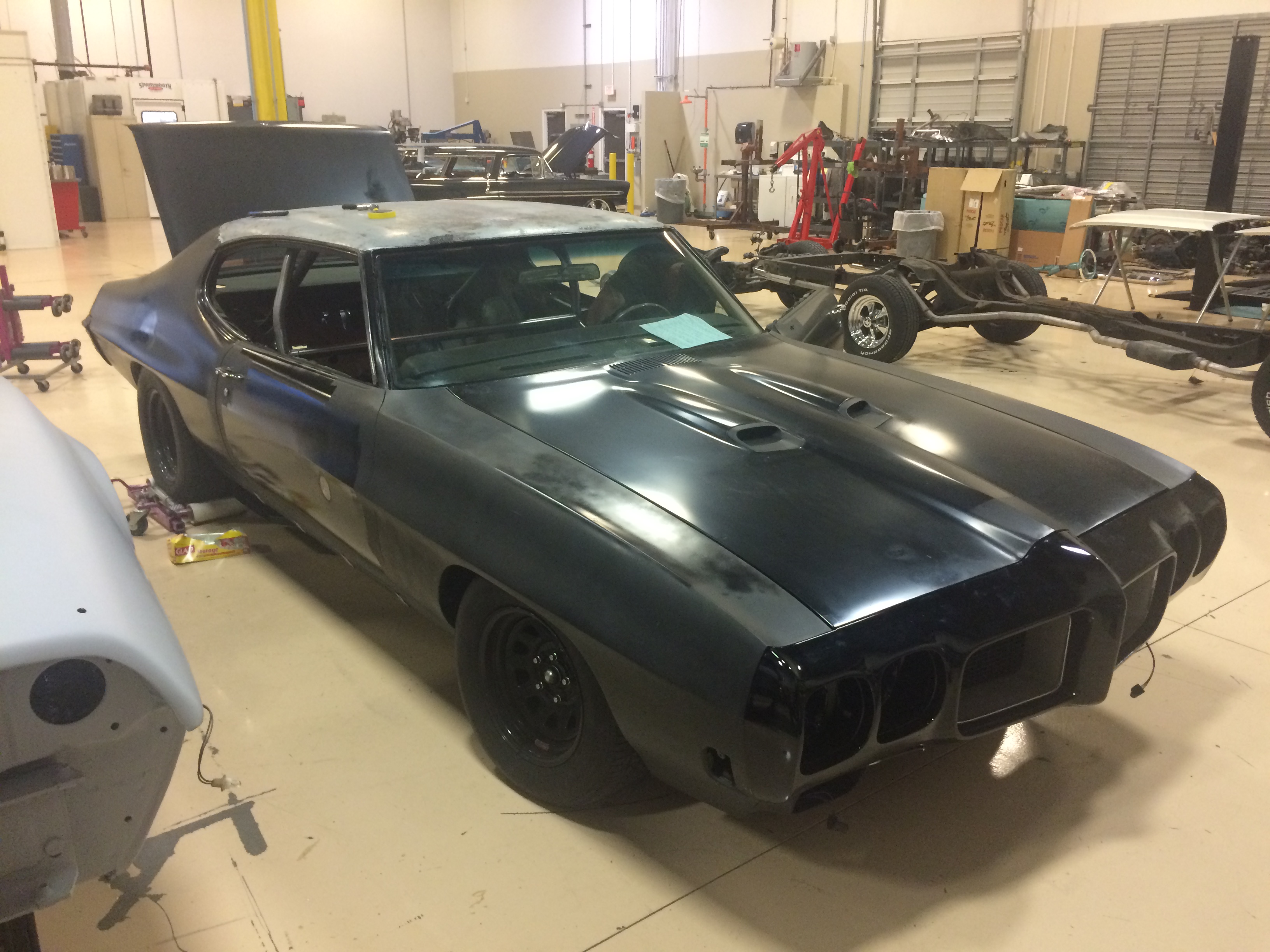 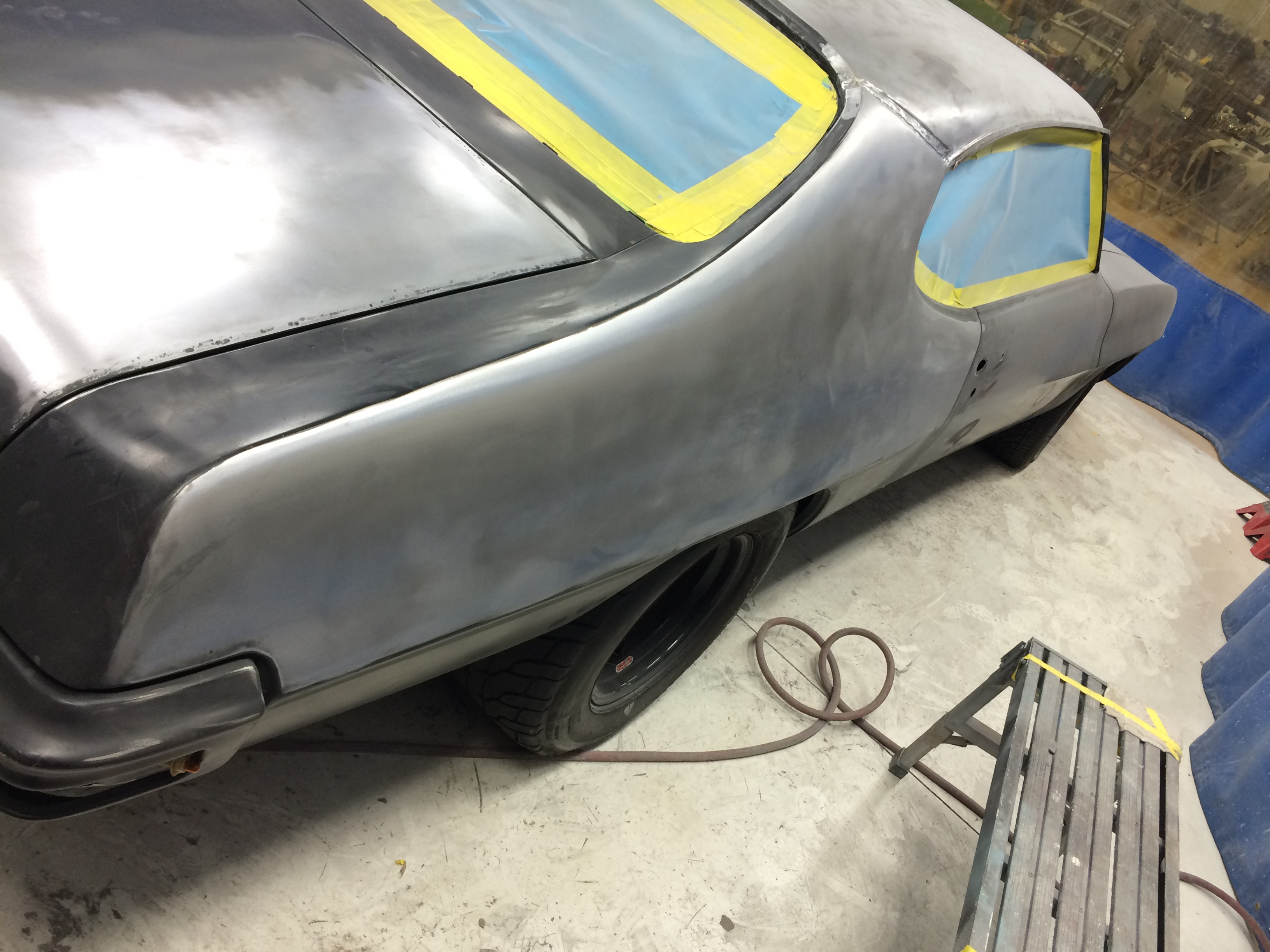 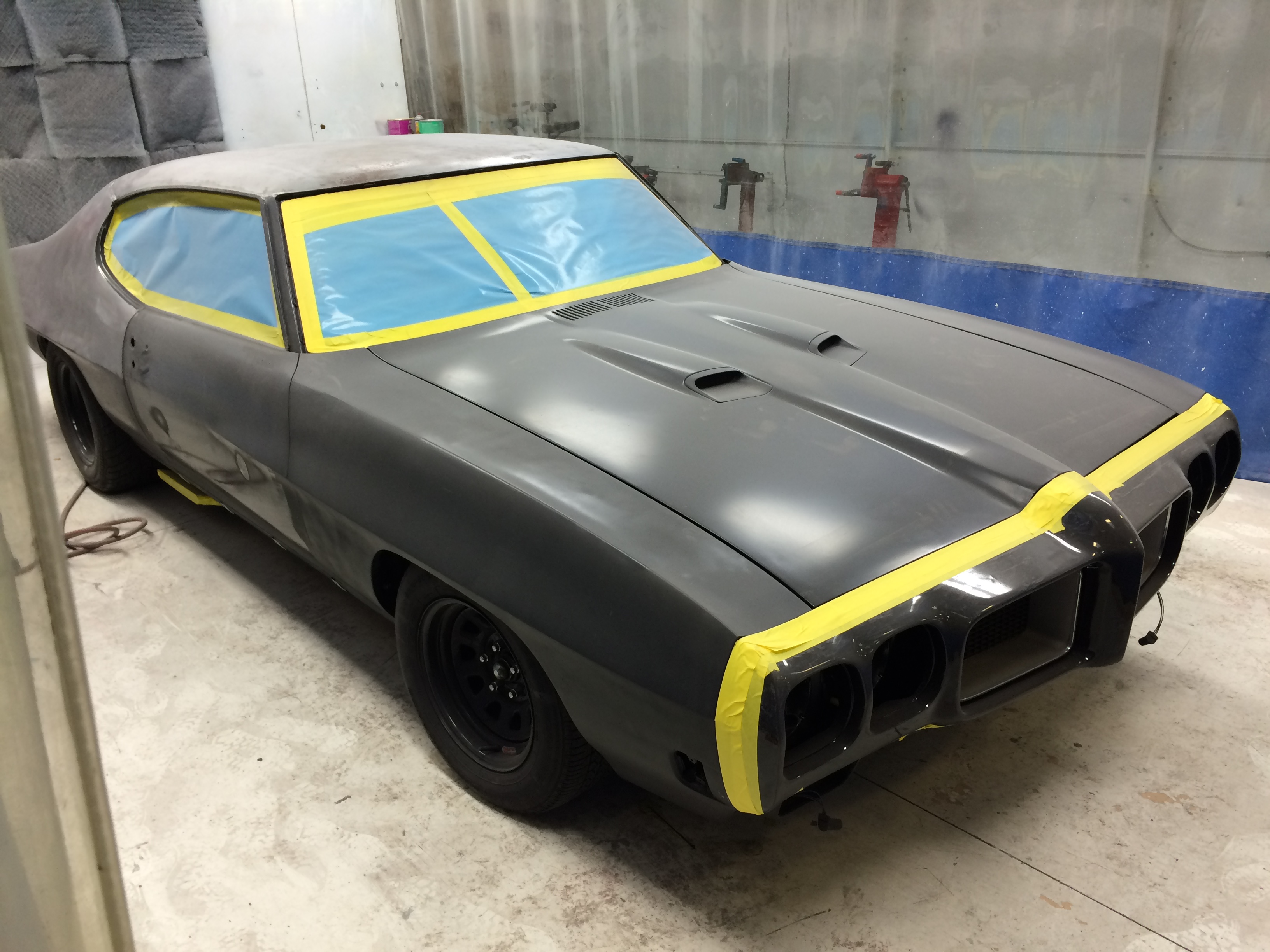 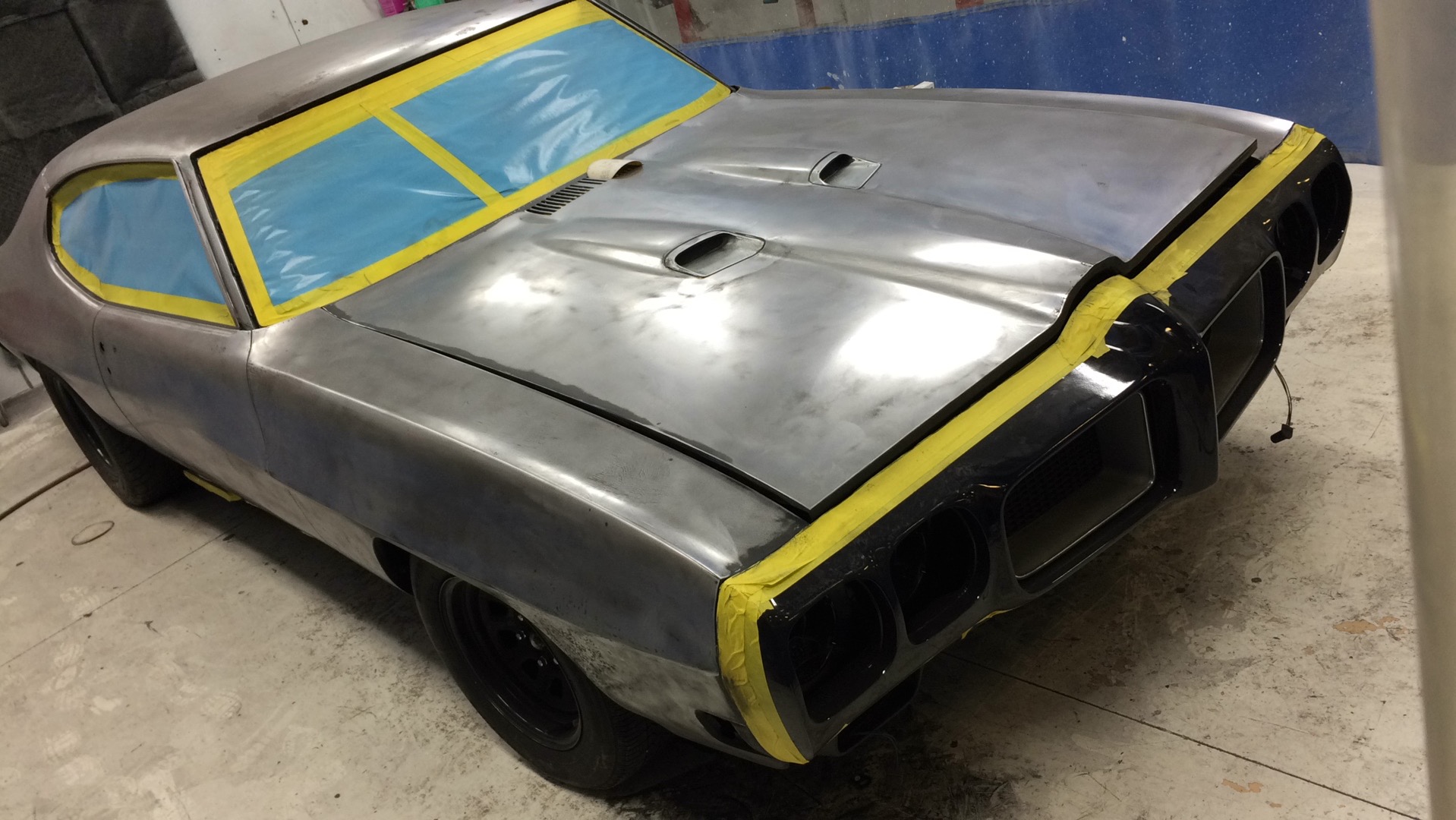 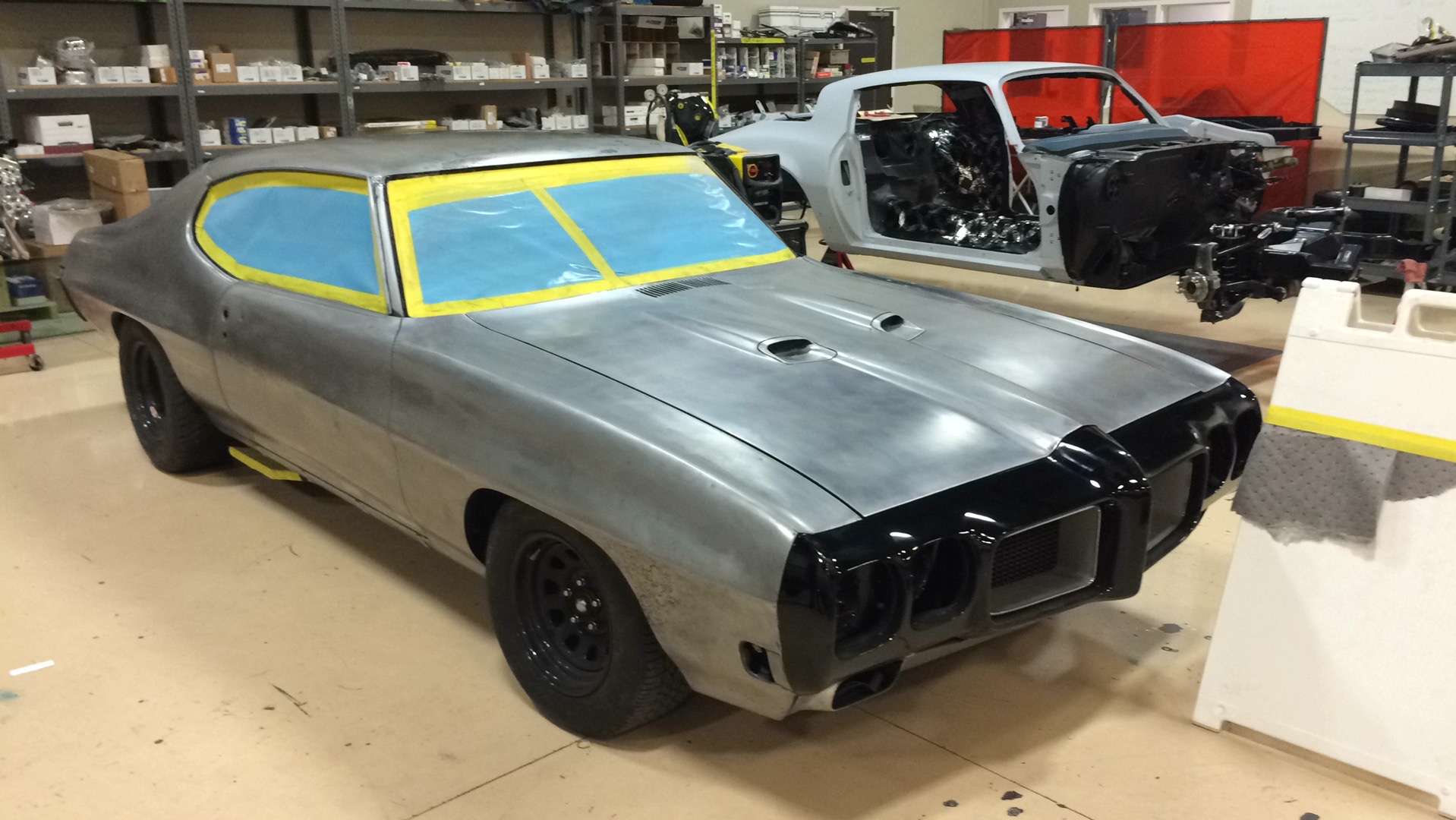 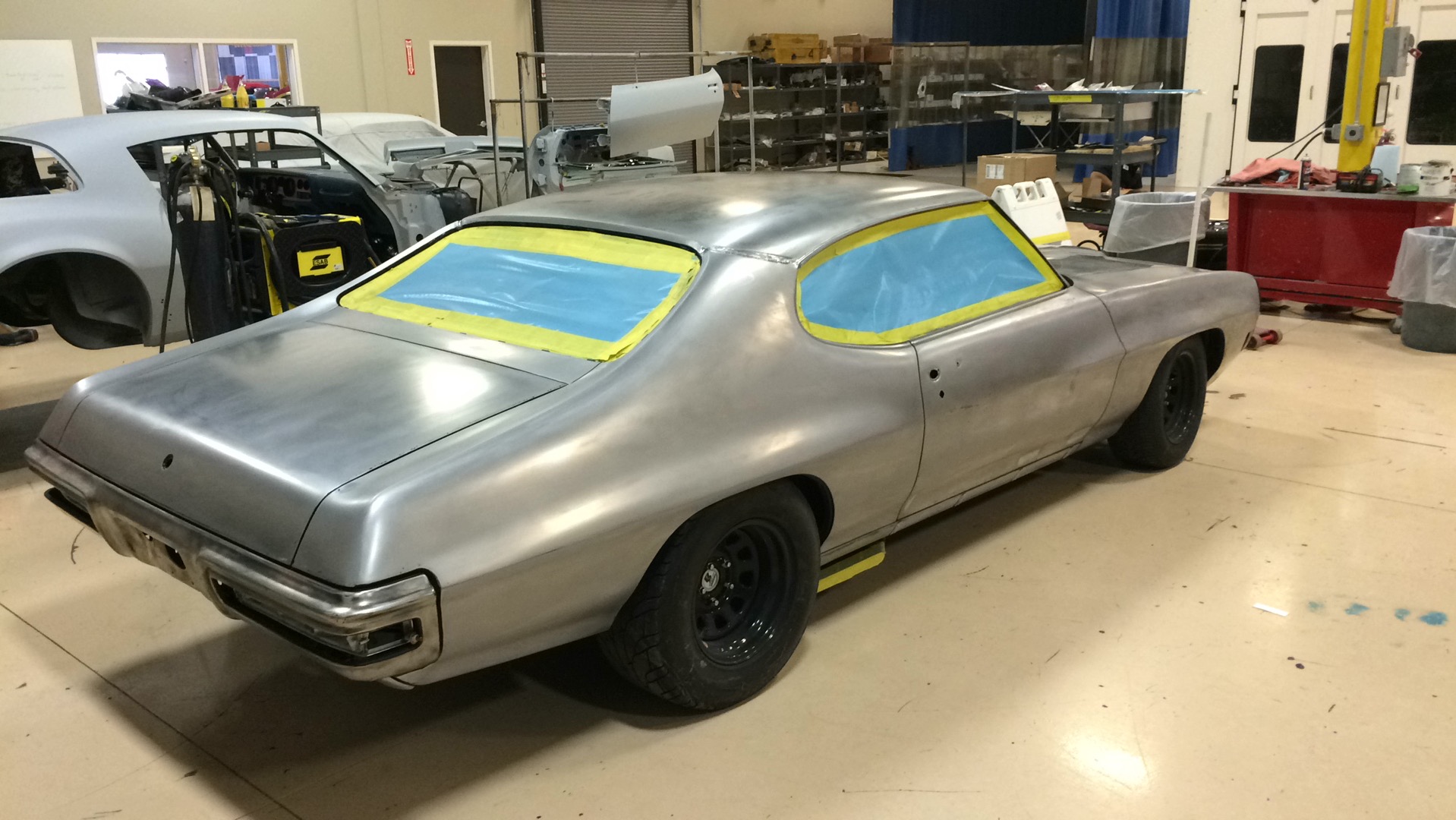 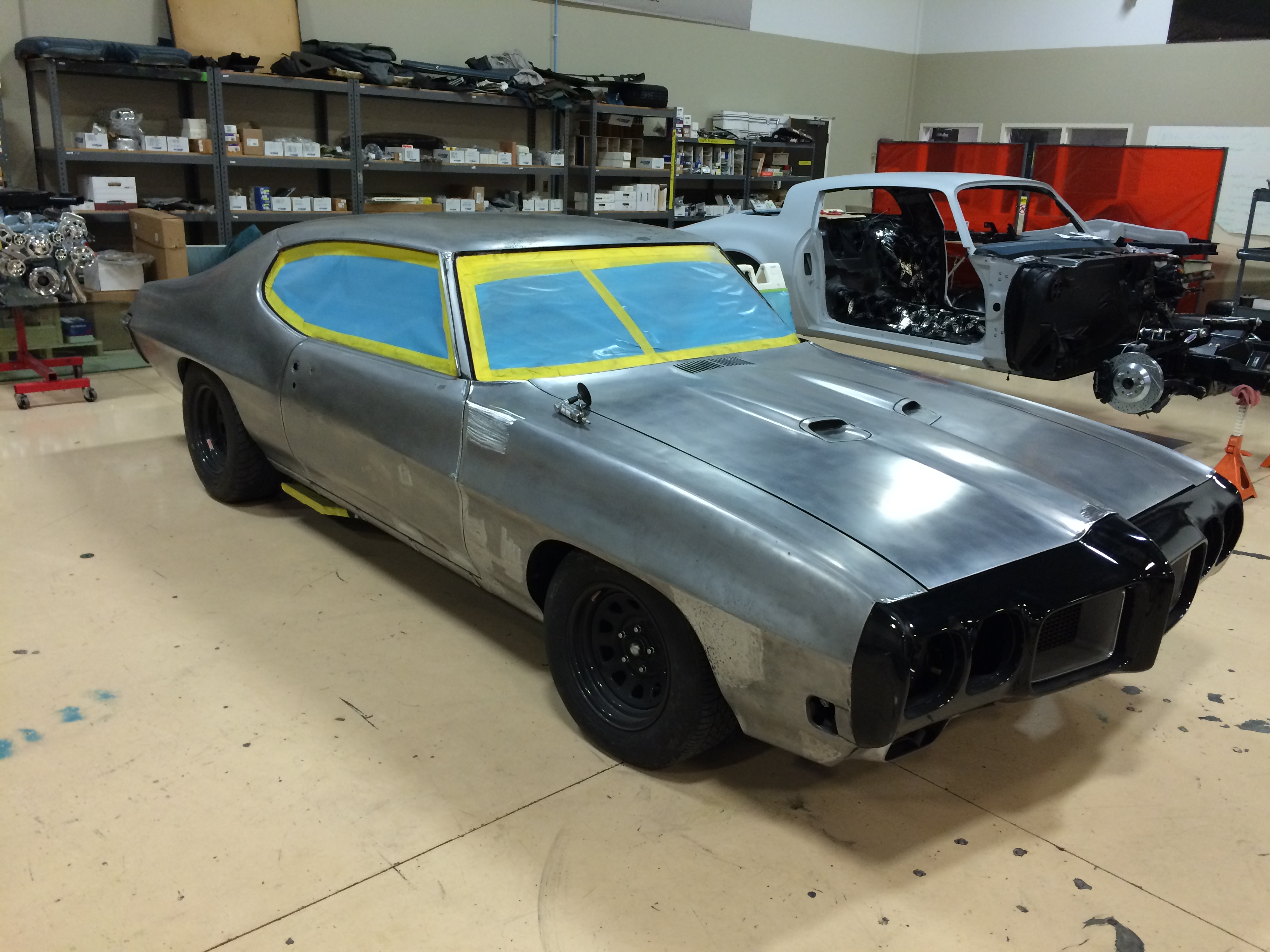 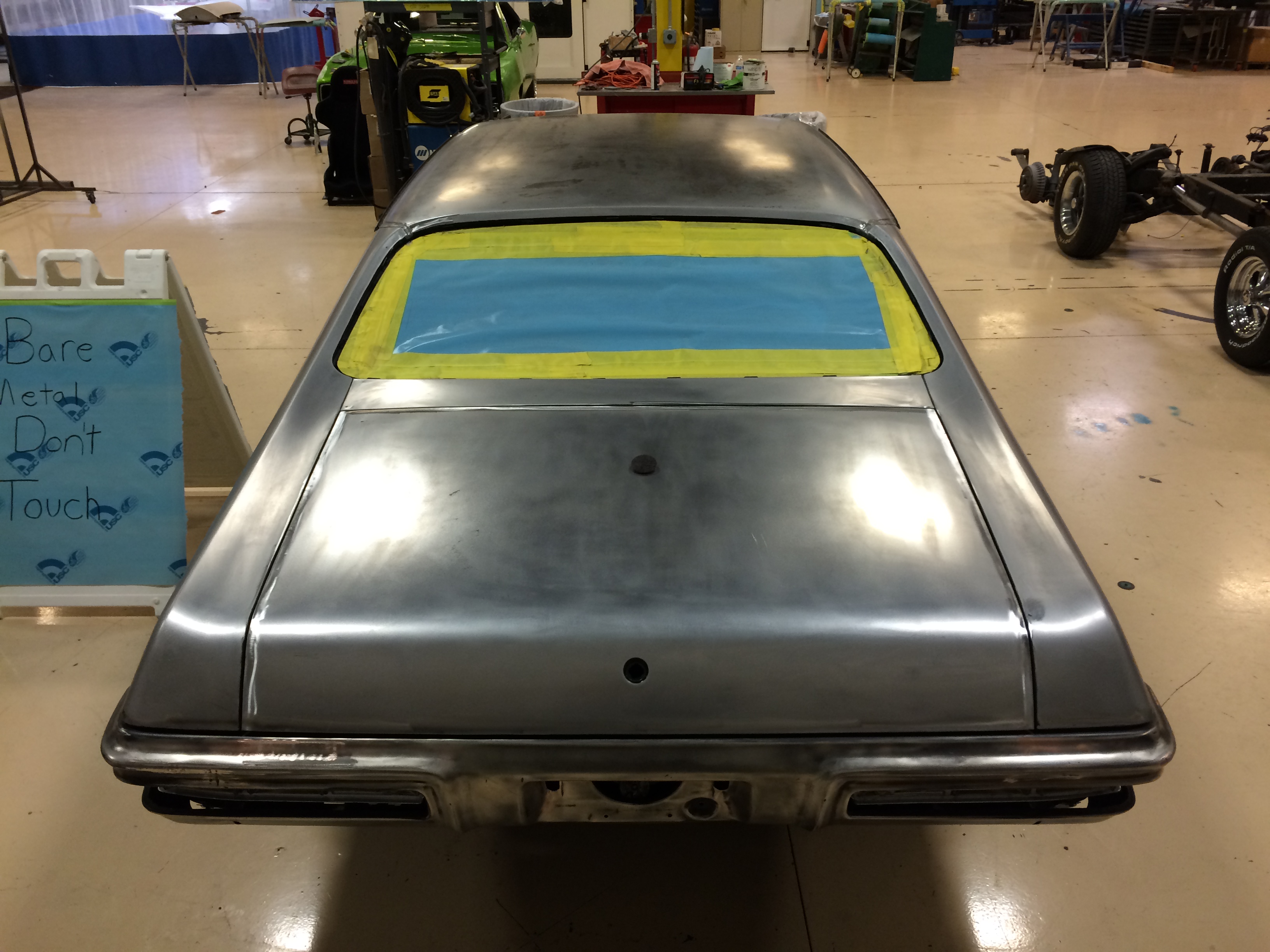 As previously mentioned, this Pontiac is made up of a variety of surfaces, with original fenders and doors joined by a solid set of NOS quarters and plenty of reproduction pieces. The car’s owner had already done a really nice job of working the car’s profile, but when it came to details, well, our reputation spoke for itself. Work began when Performance Center tech Kyle Arias stripped everything to bare metal. That disassembly was immediately followed by hours of Fab Manager Darell Johnston hammering out dings and grinding high spots. Any dings that couldn’t be re-shaped were, along with the car’s roof seams, filled with a welder and ground smooth. And everything from the windshield back was leveled with minimal skims, meaning less than 1/8-inch of filler. 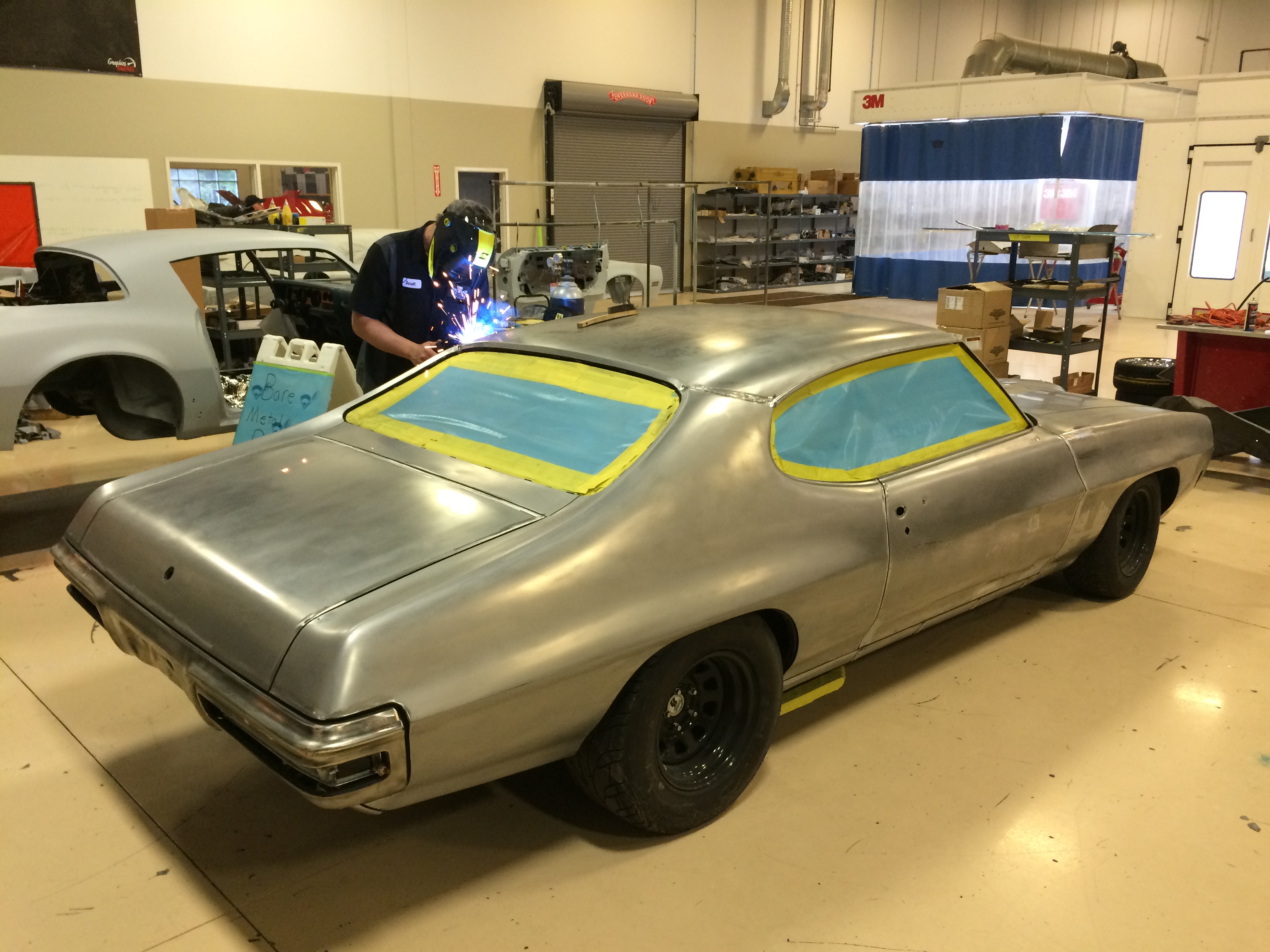 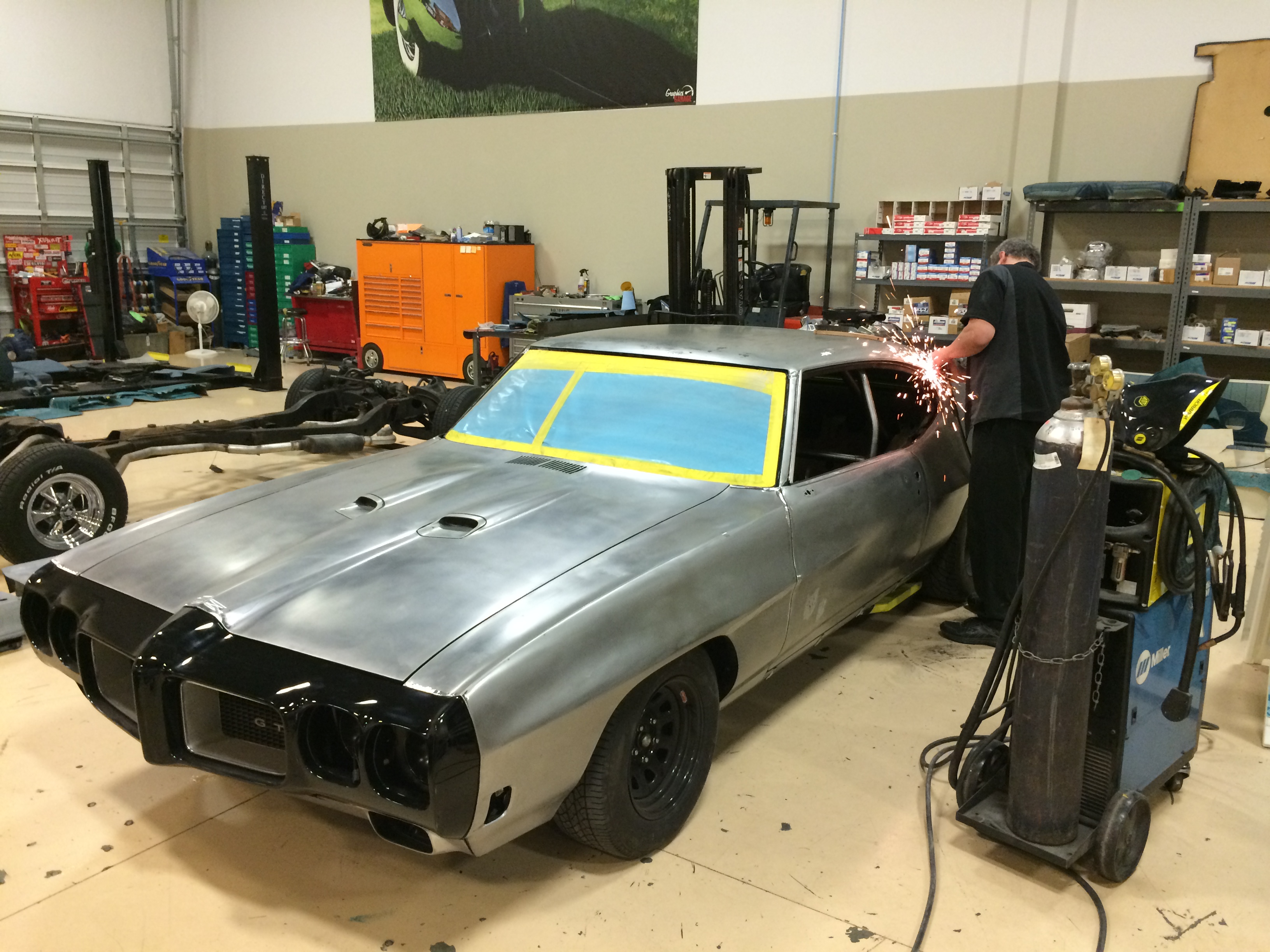 The other direction, from the windshield forward, proved a bit more labor intensive. As every GM fan knows, the company’s innovative urethane nose-clips can be a real pain to work with. Unfortunately, in a former restoration, someone had sanded the peak off this GTO’s original beak and, if that wasn’t enough, sanded one side of its header panel into a literal sag. That’s where Performance Center tech Chris Lackey jumped in on the project. In addition to skimming and sanding, he used SEM Carbo-Fill Plus to completely rebuild the peaked nose and level the car’s valance. Carbo-Fill is an excellent choice for projects like this because it’s reinforced with carbon fiber, essentially strengthening and smoothing the surface it’s bonded to. With the nose looking good, attention was turned to the hood. Interestingly, while it leveled well, the car’s bonnet had somehow, over the years lost ¼-inch of length on its driver’s side. That meant we had to allot time to weld on a little length and prep it smooth. 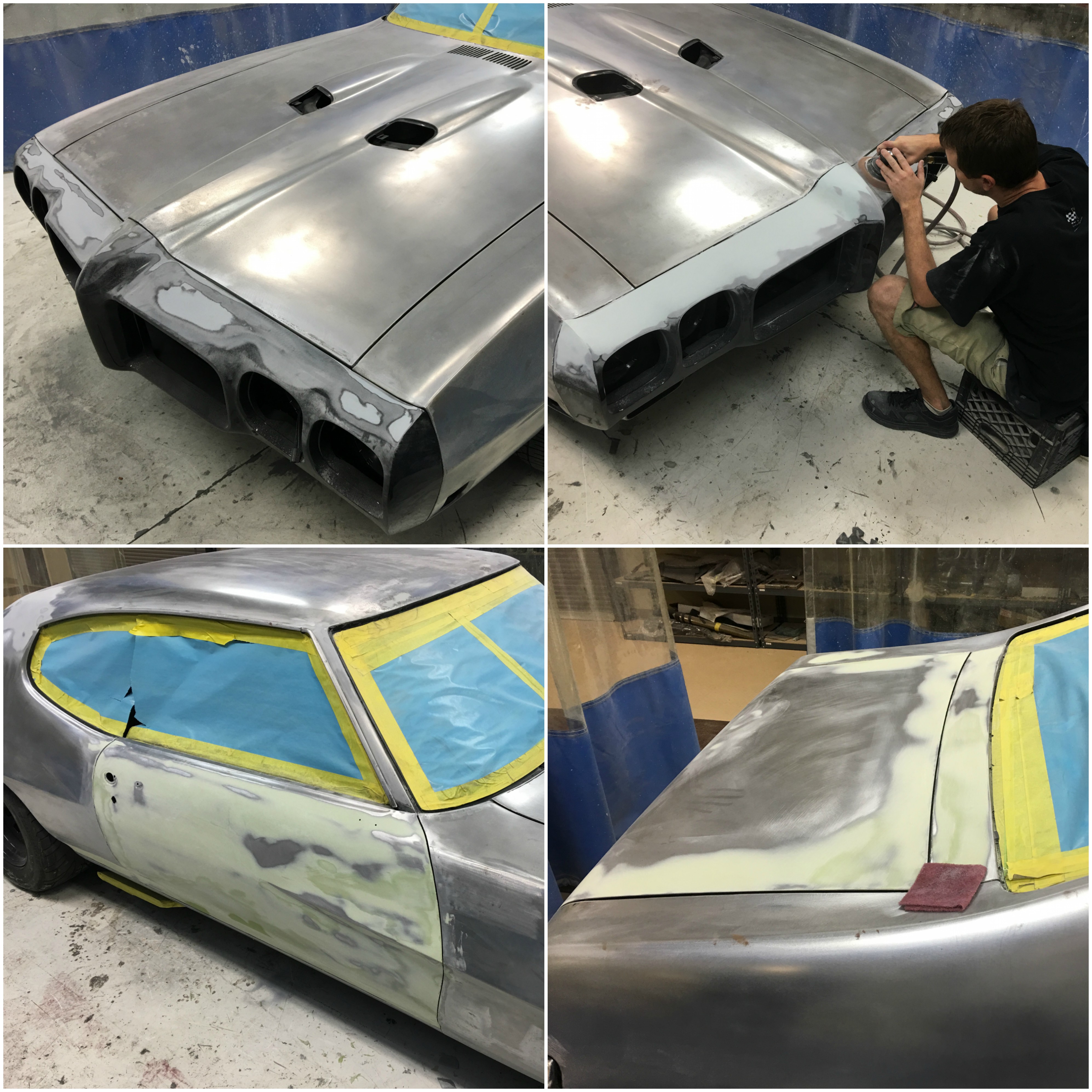 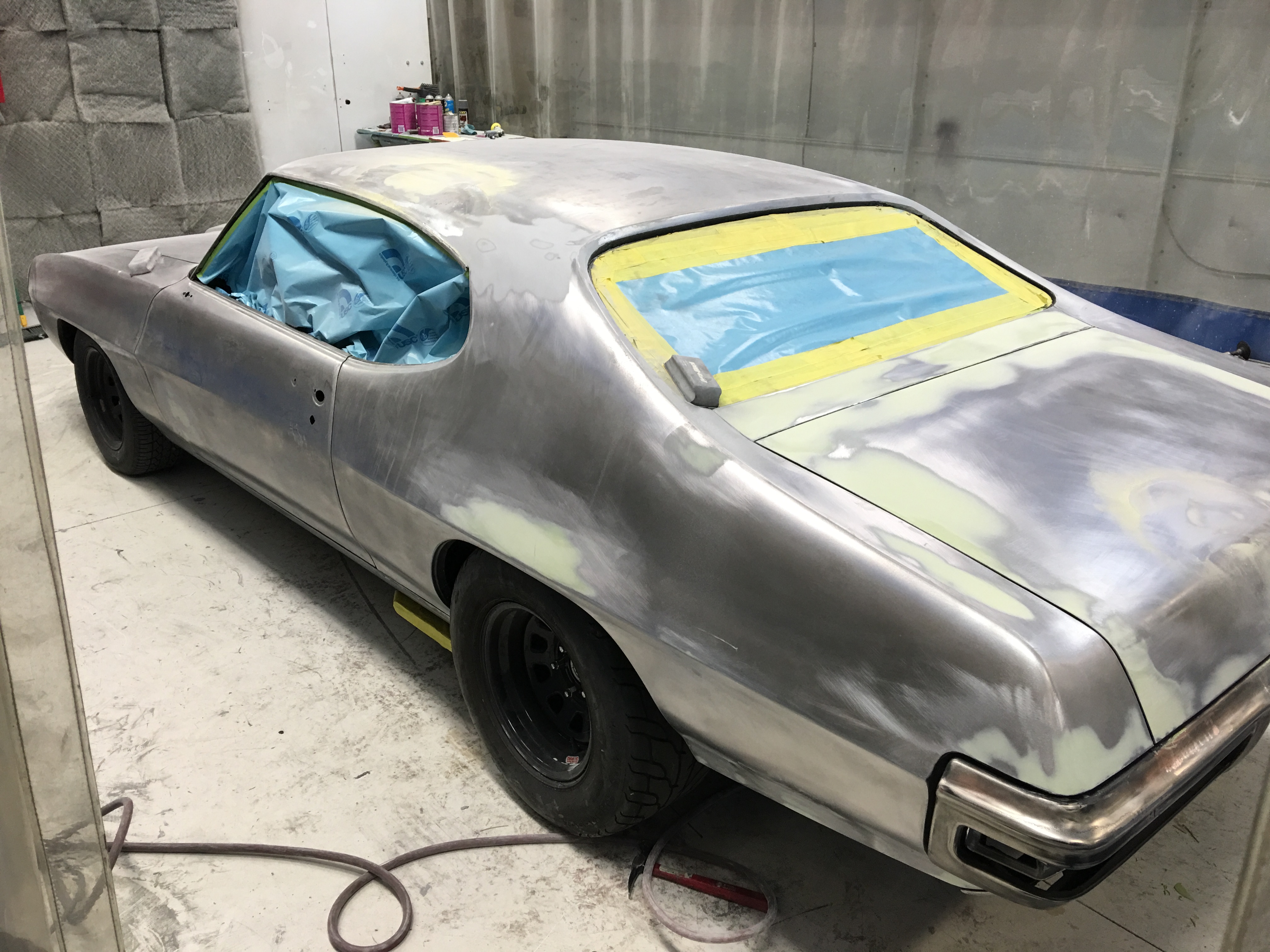 The paint process began with a nice epoxy primer that, with the help of a little heat, was allowed to shrink for three to four weeks. After that epoxy was thoroughly blocked, we hit it with a feather fill before initiating a second shrink. We doubled down on that smoothed filler, with a second coat of feather fill followed by another session of shrinkage. Then we cycled back to another coat of epoxy and more time for more shrinking. Eventually, three coats of rich black base were sealed in four coats of durable clear. That mirrored pigment endured intensive color-sanding and careful buffing. And the result is one sinister Pontiac that’s poised to show decades of enthusiasts just how striking a buff muscle car can be! 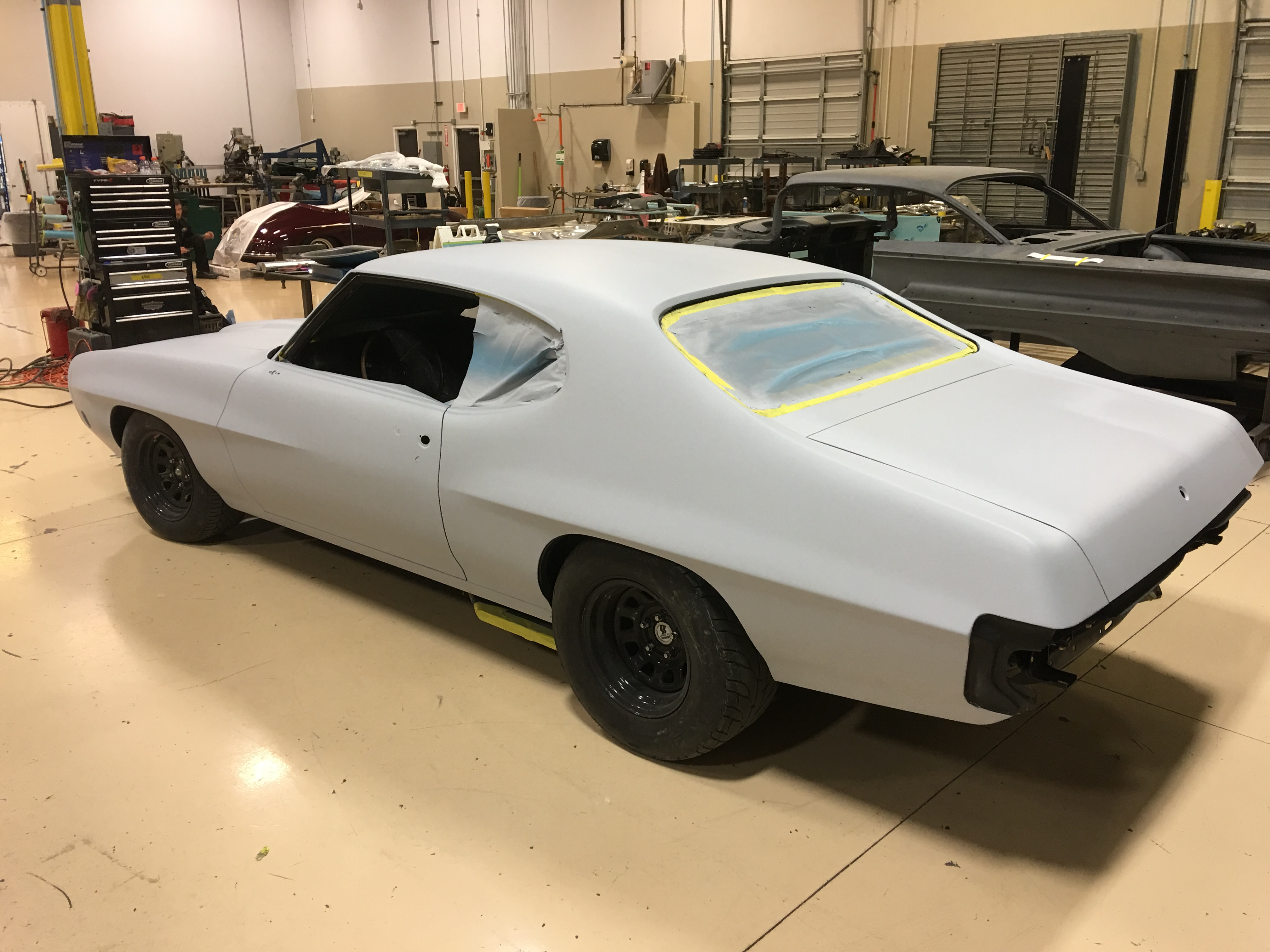 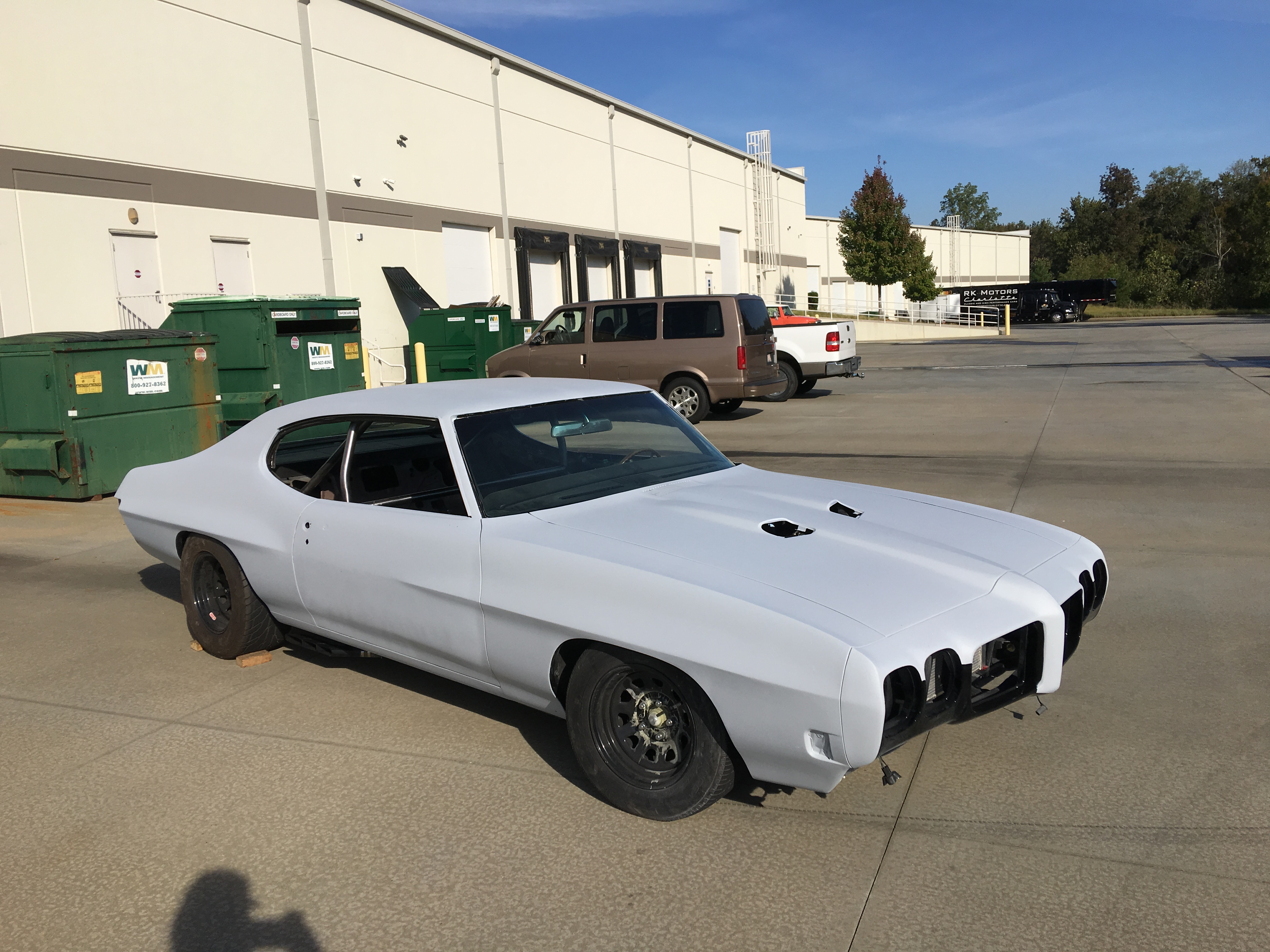 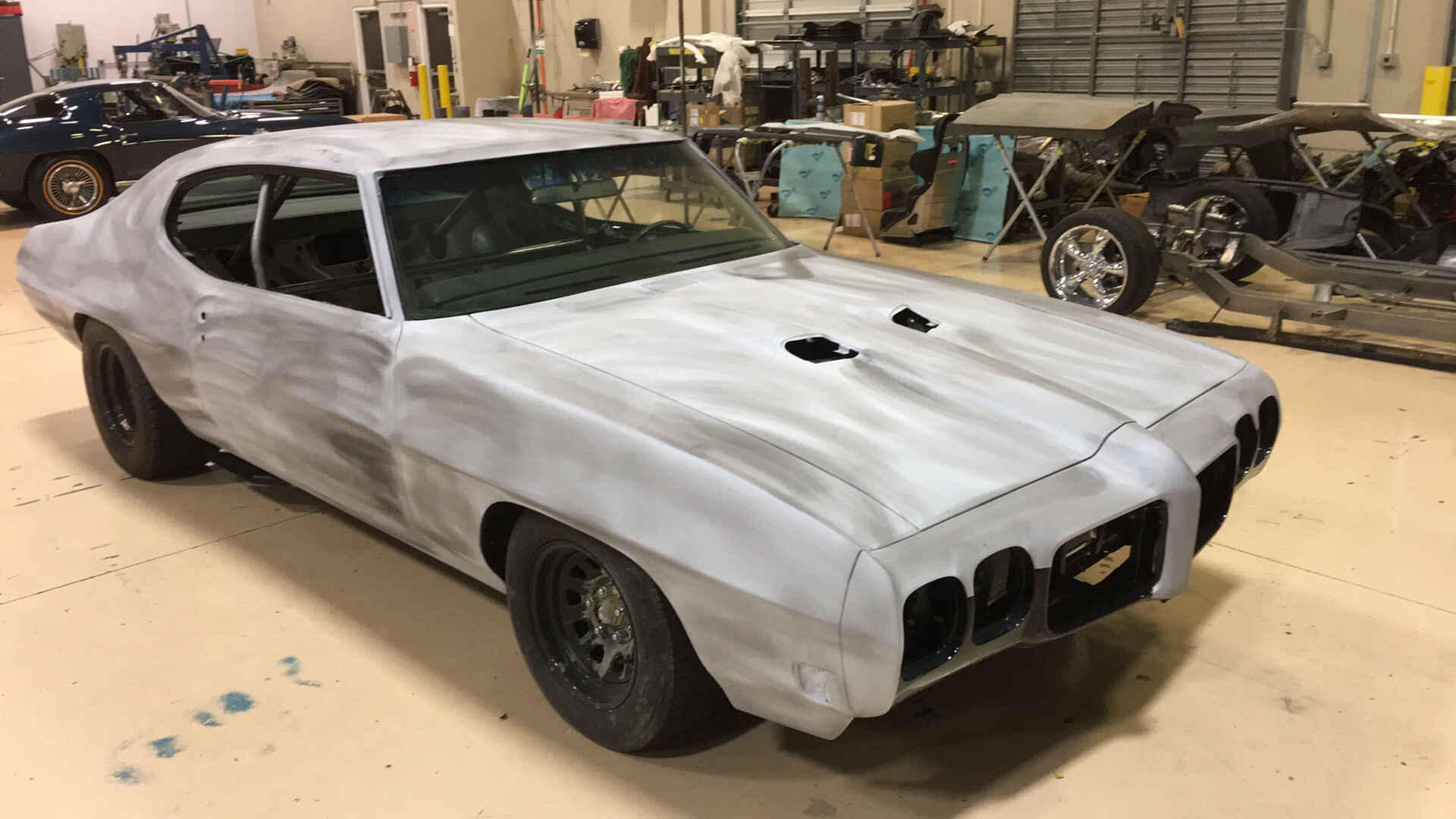 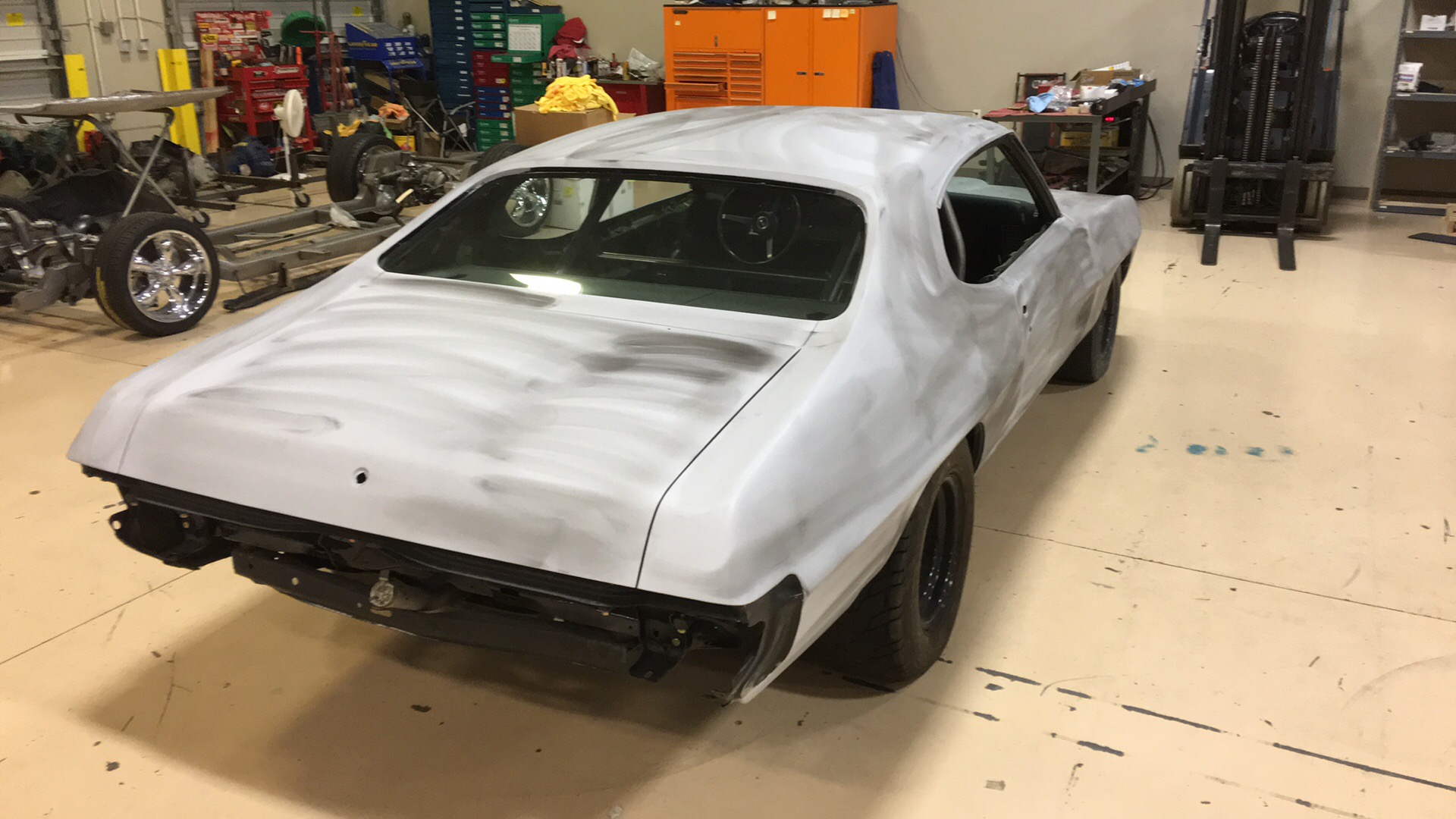 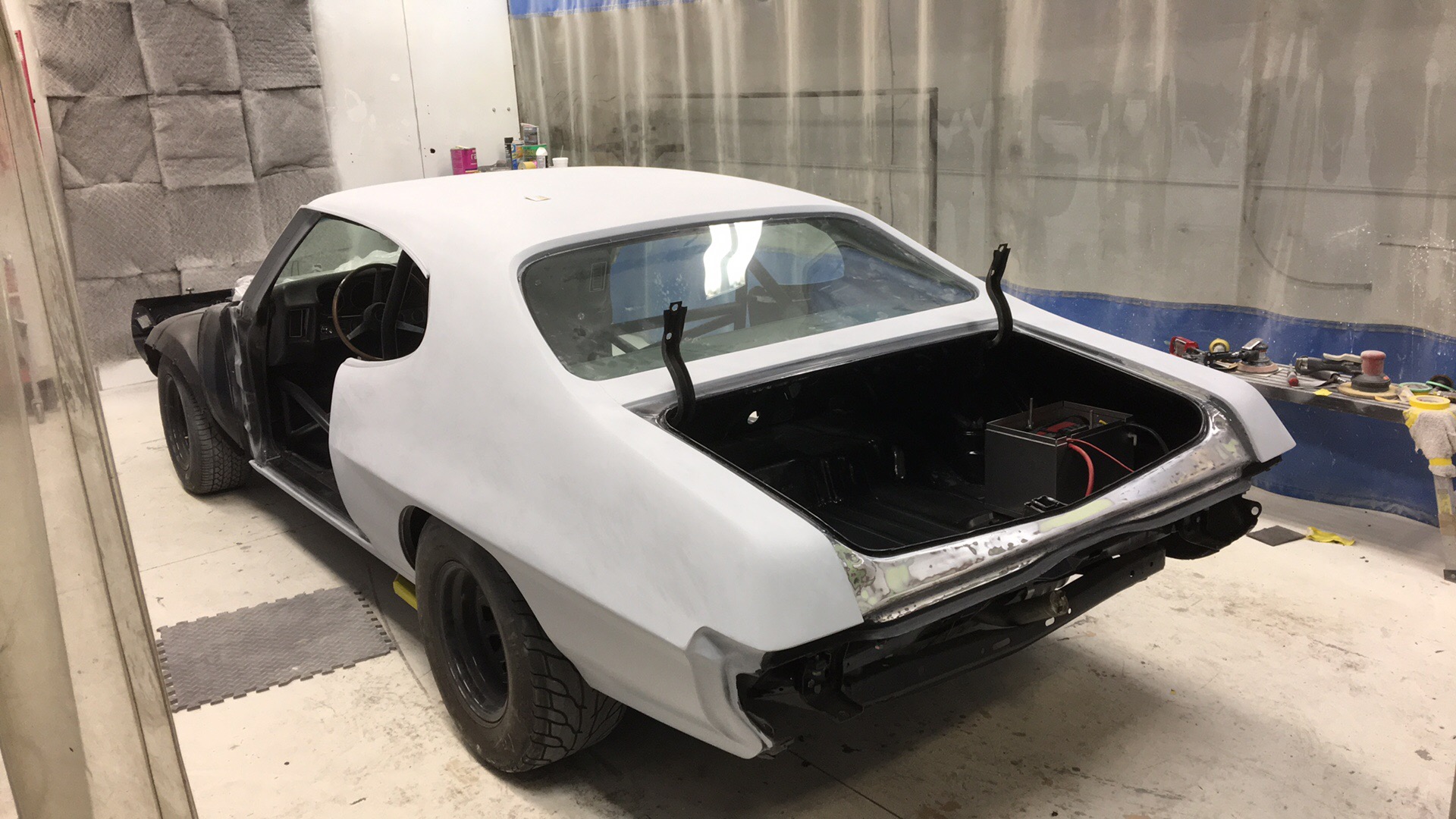 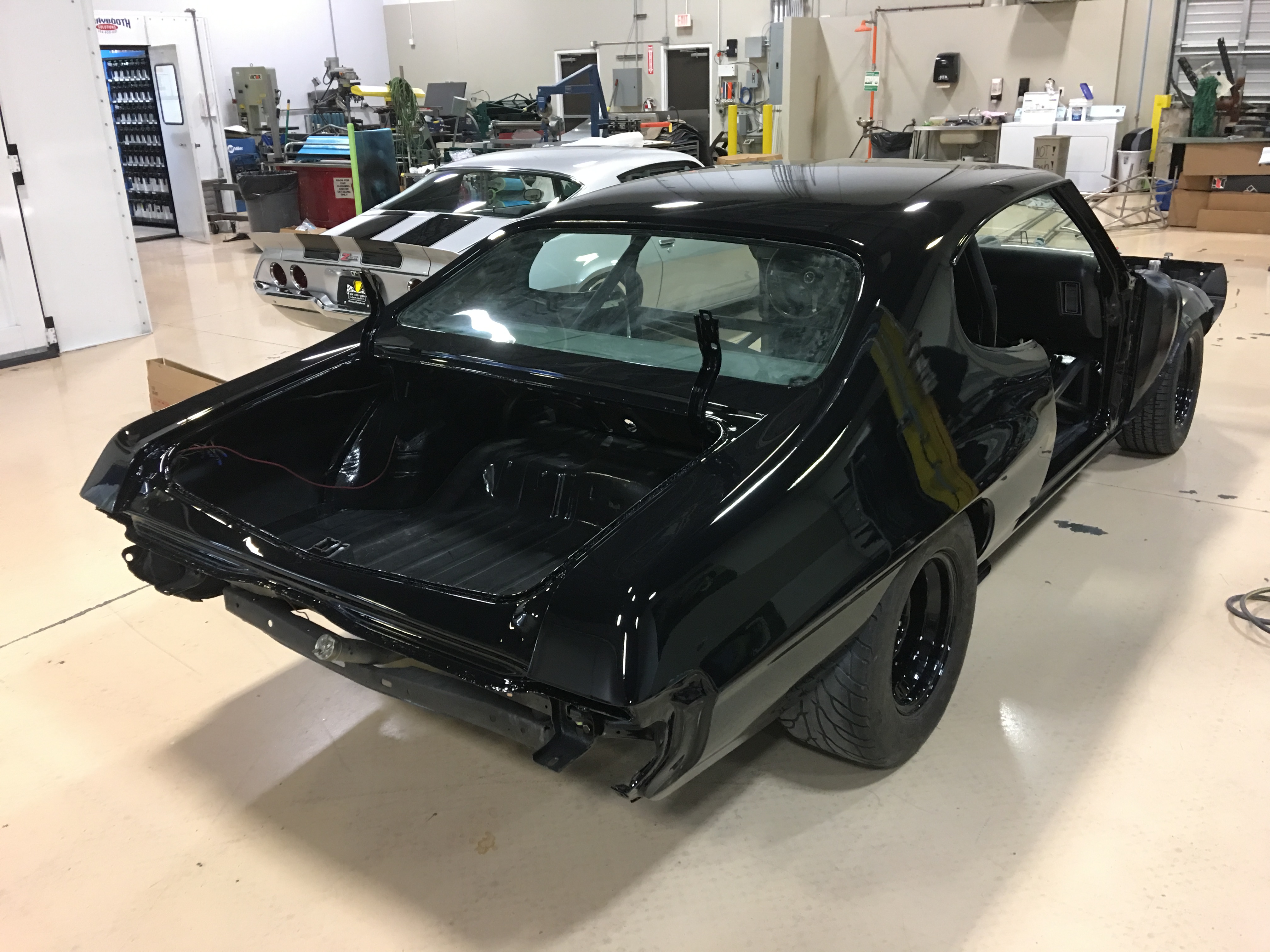 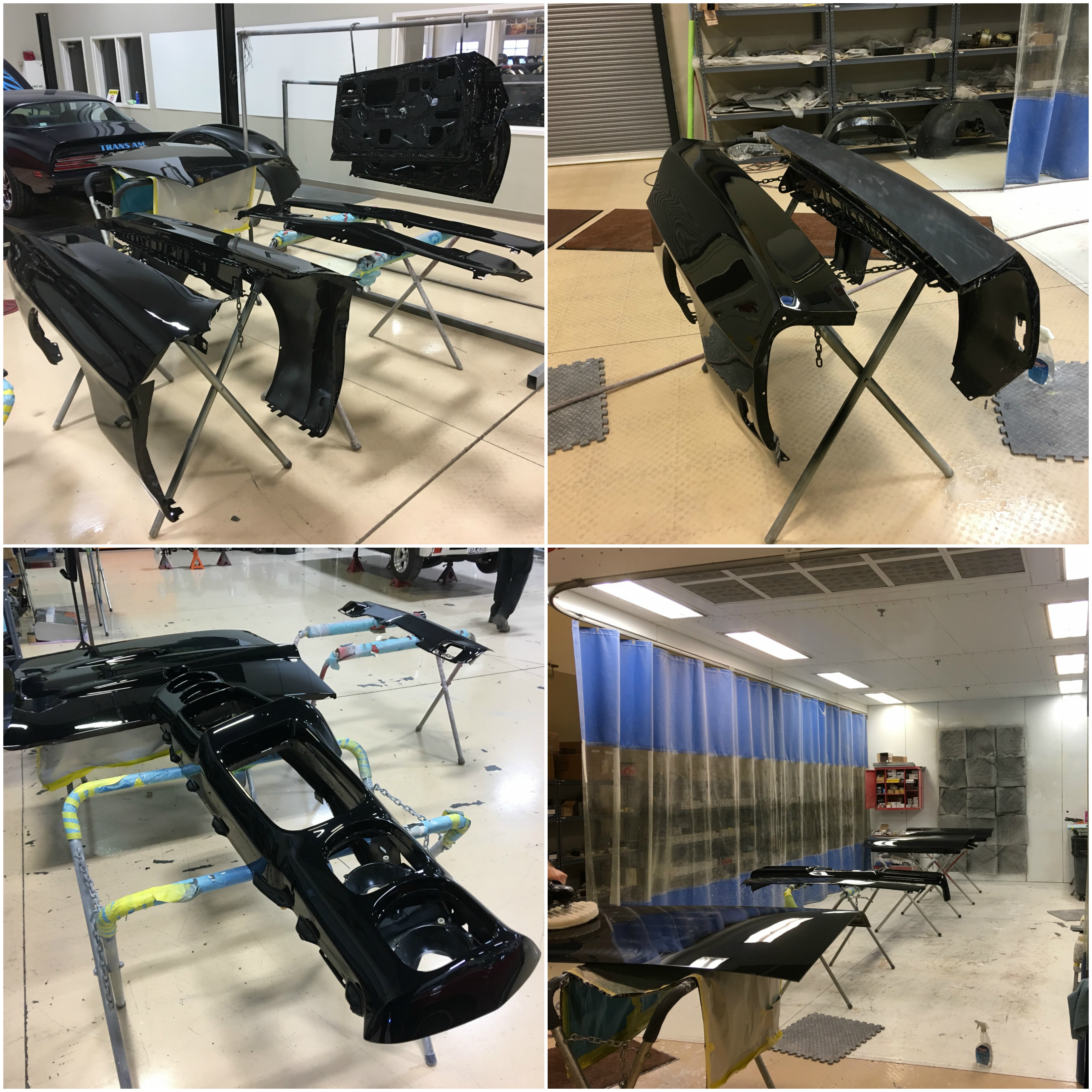 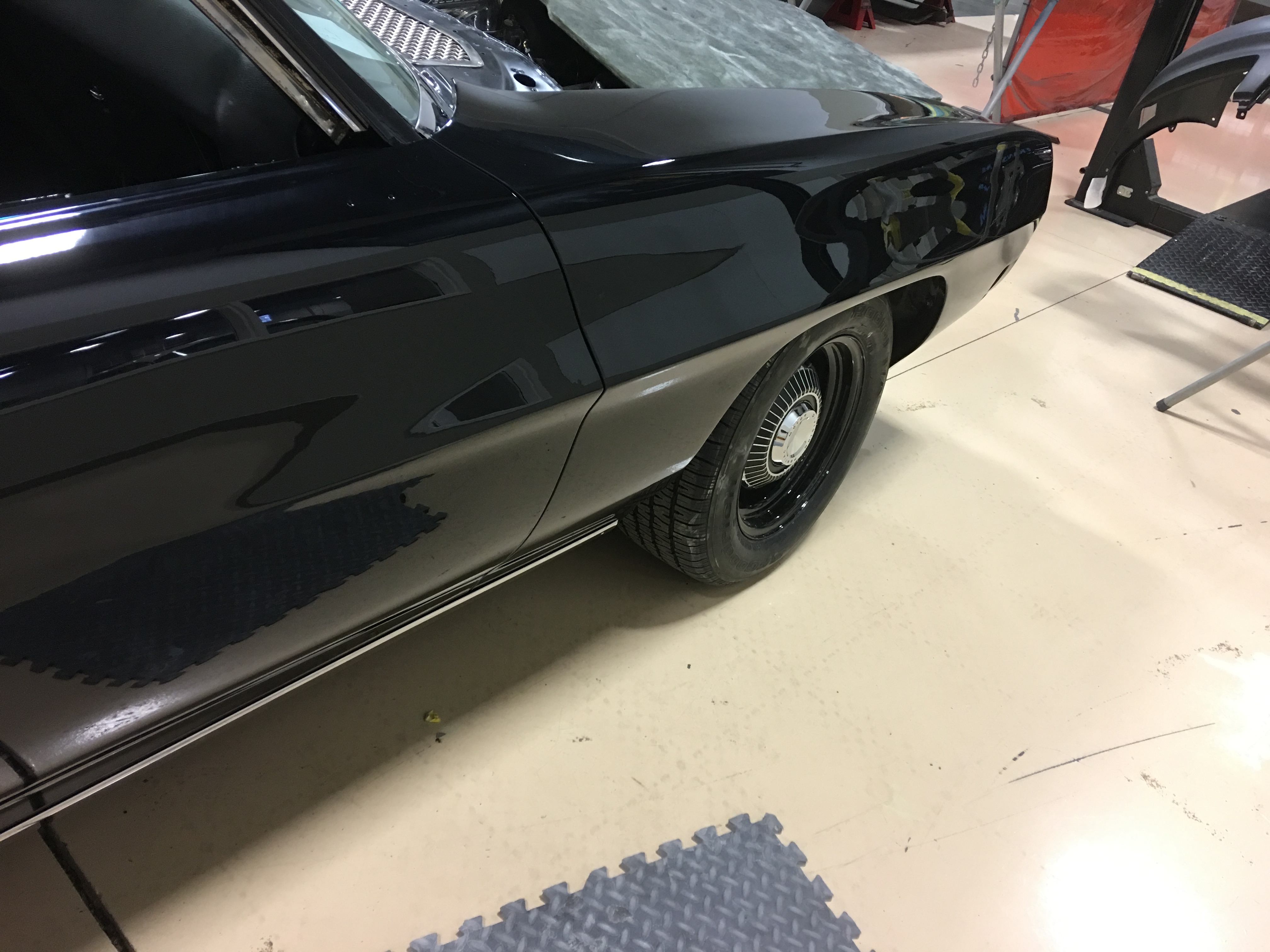 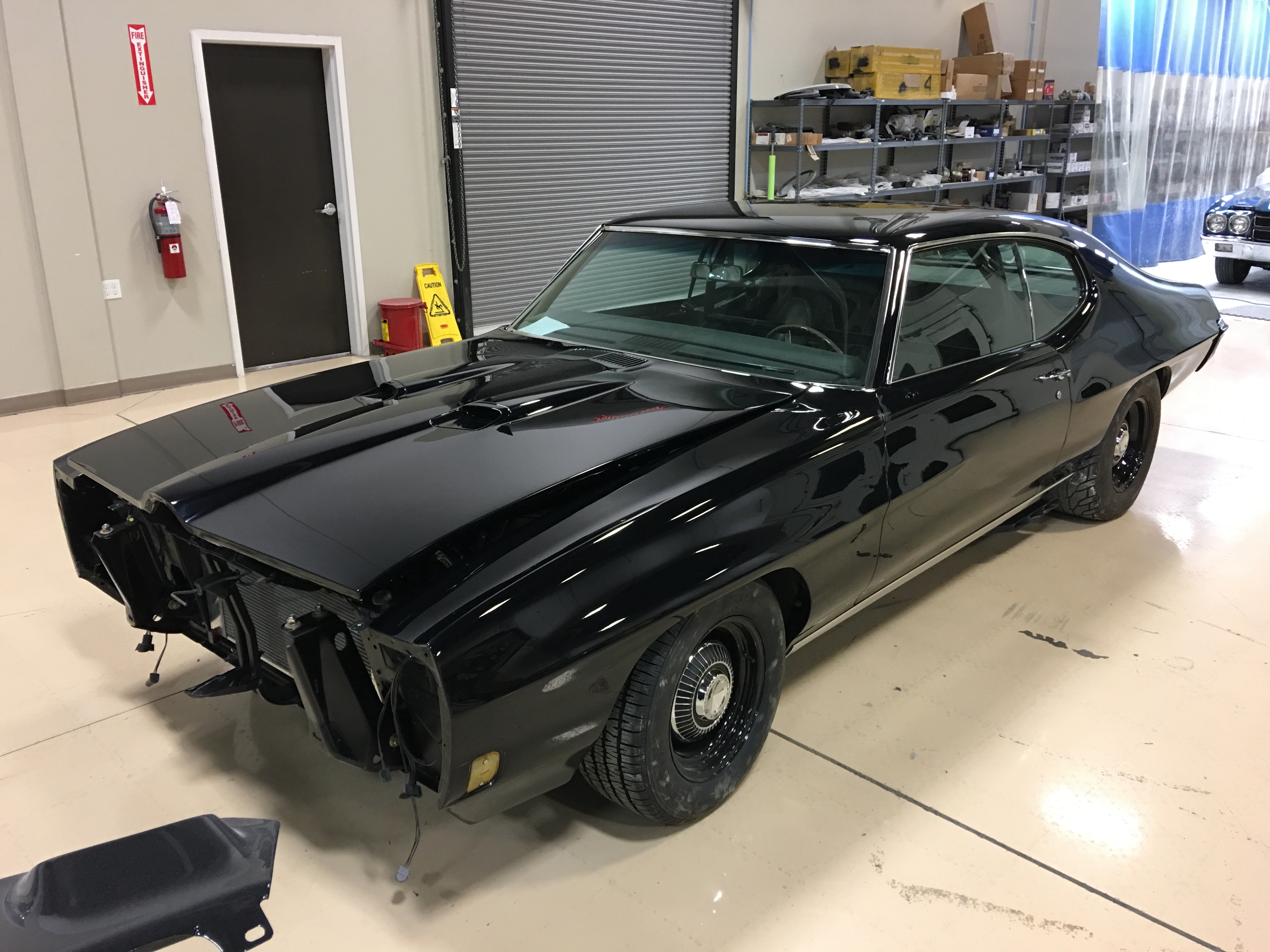 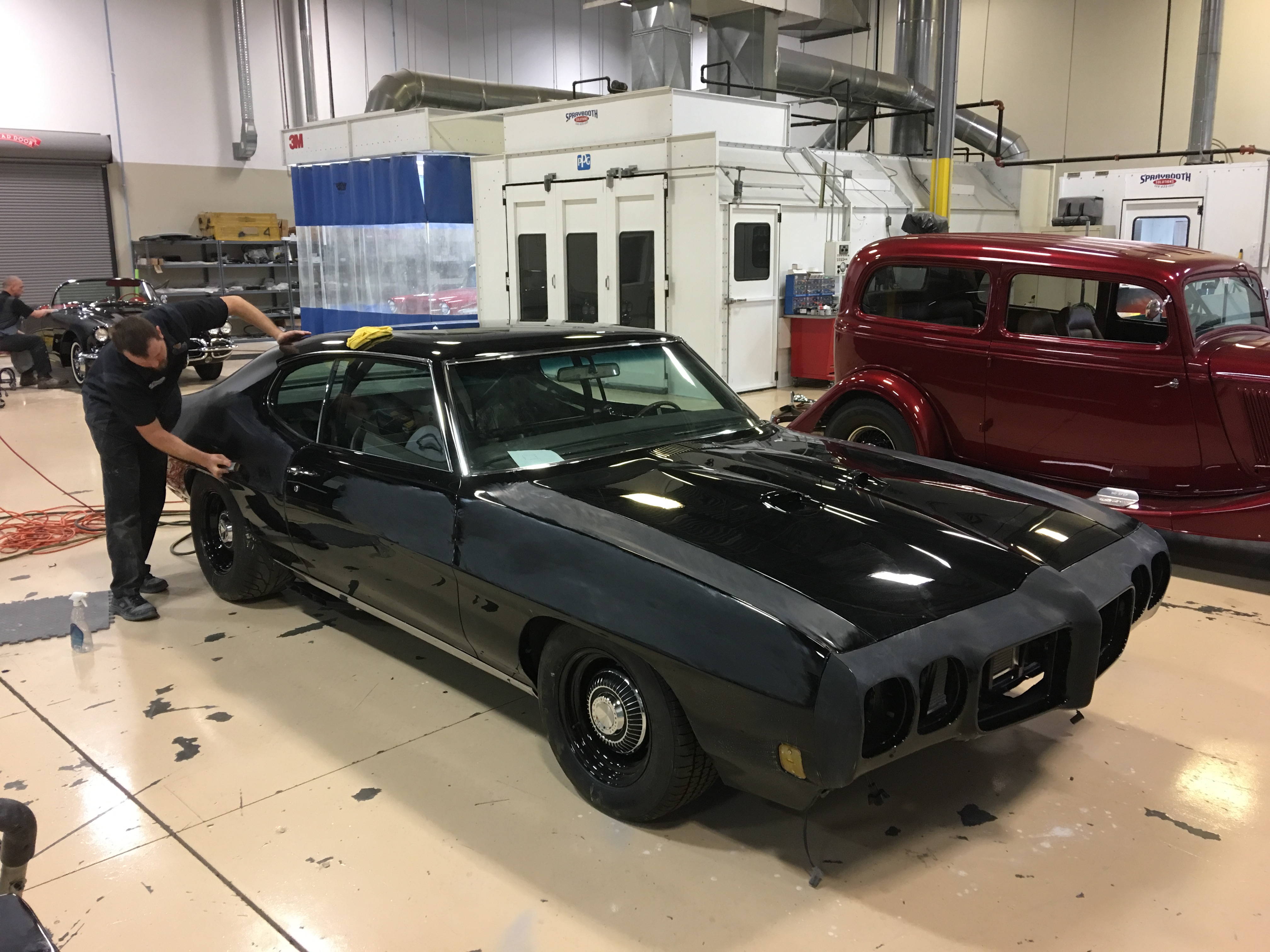 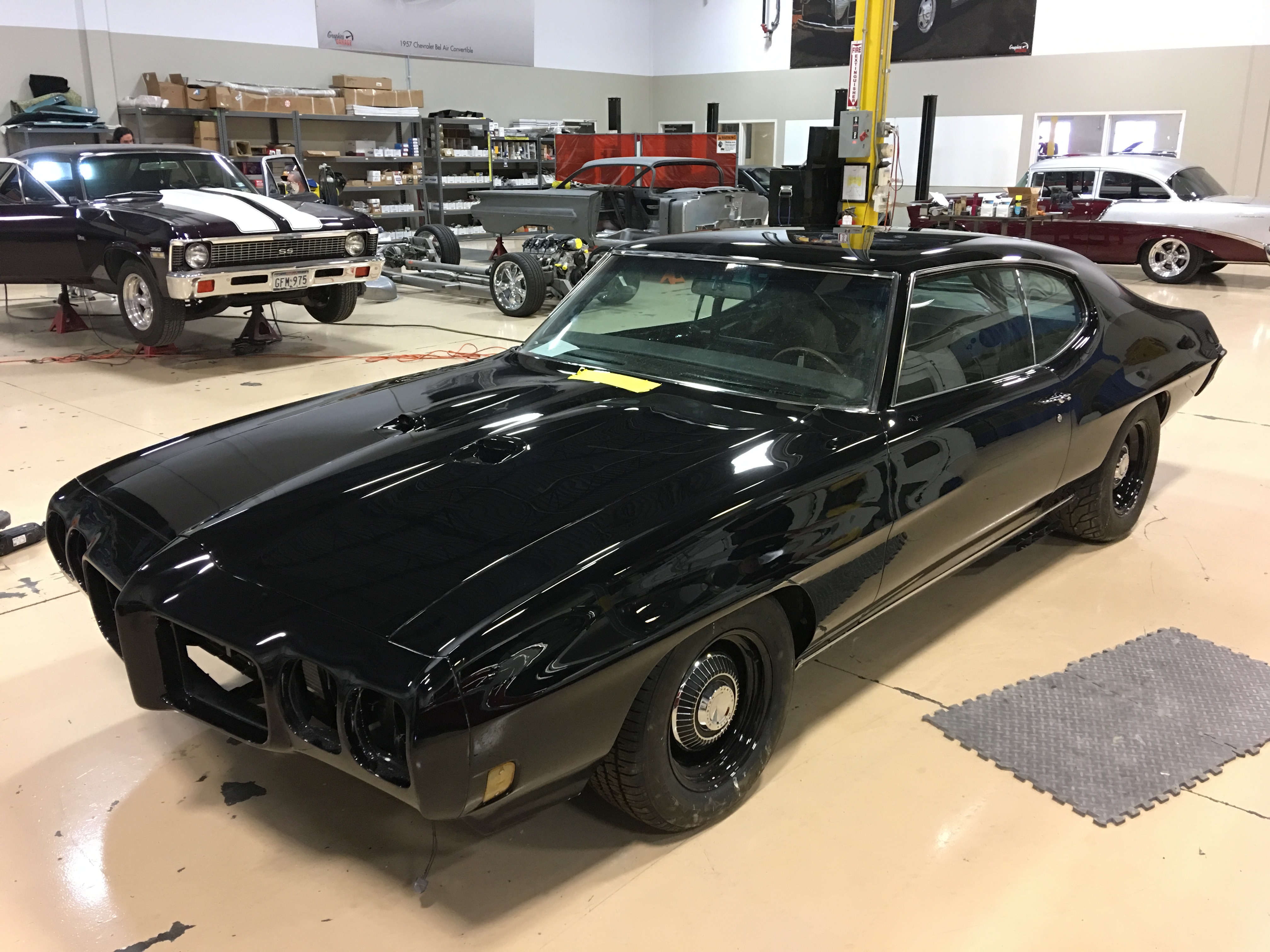 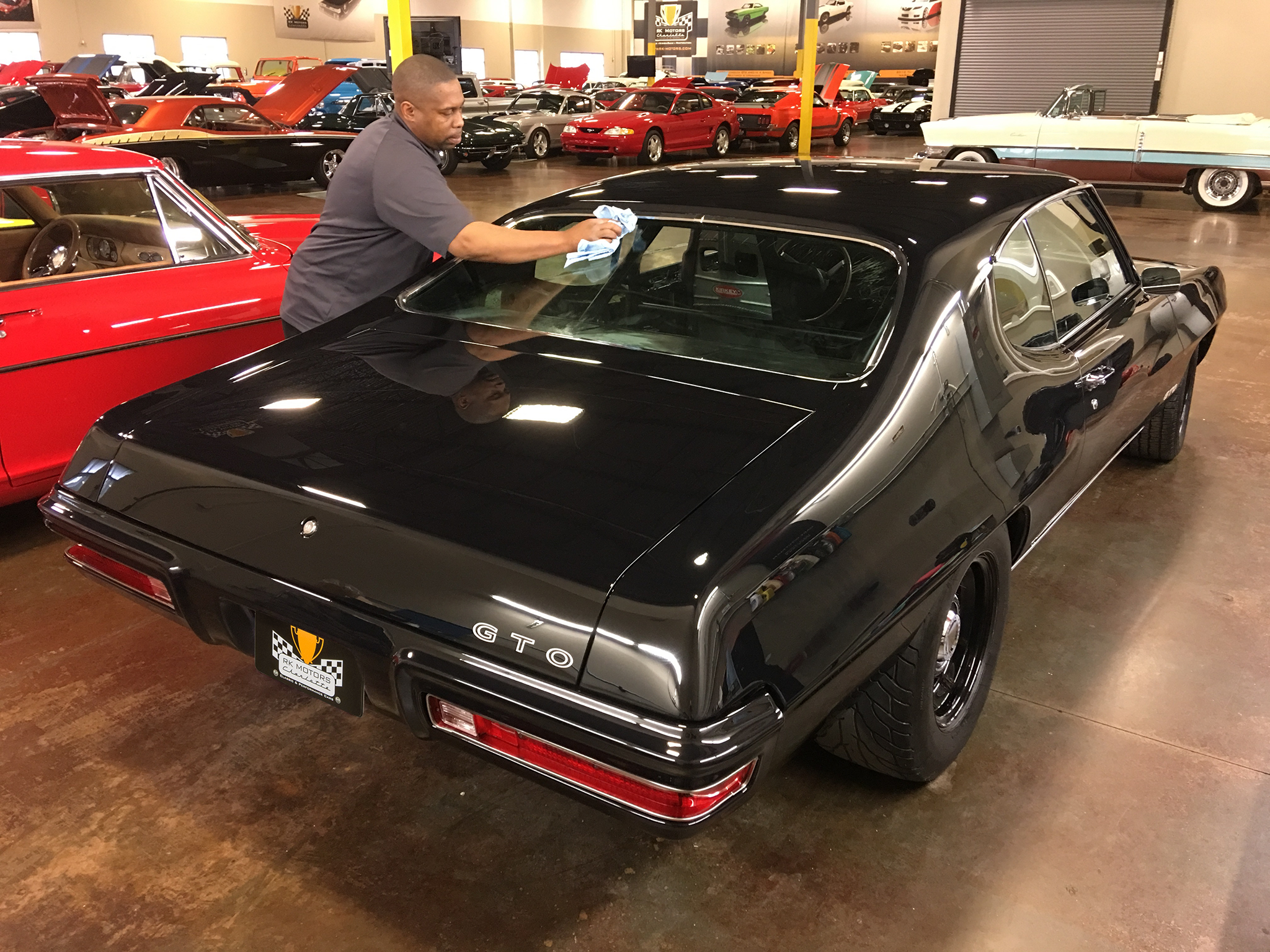 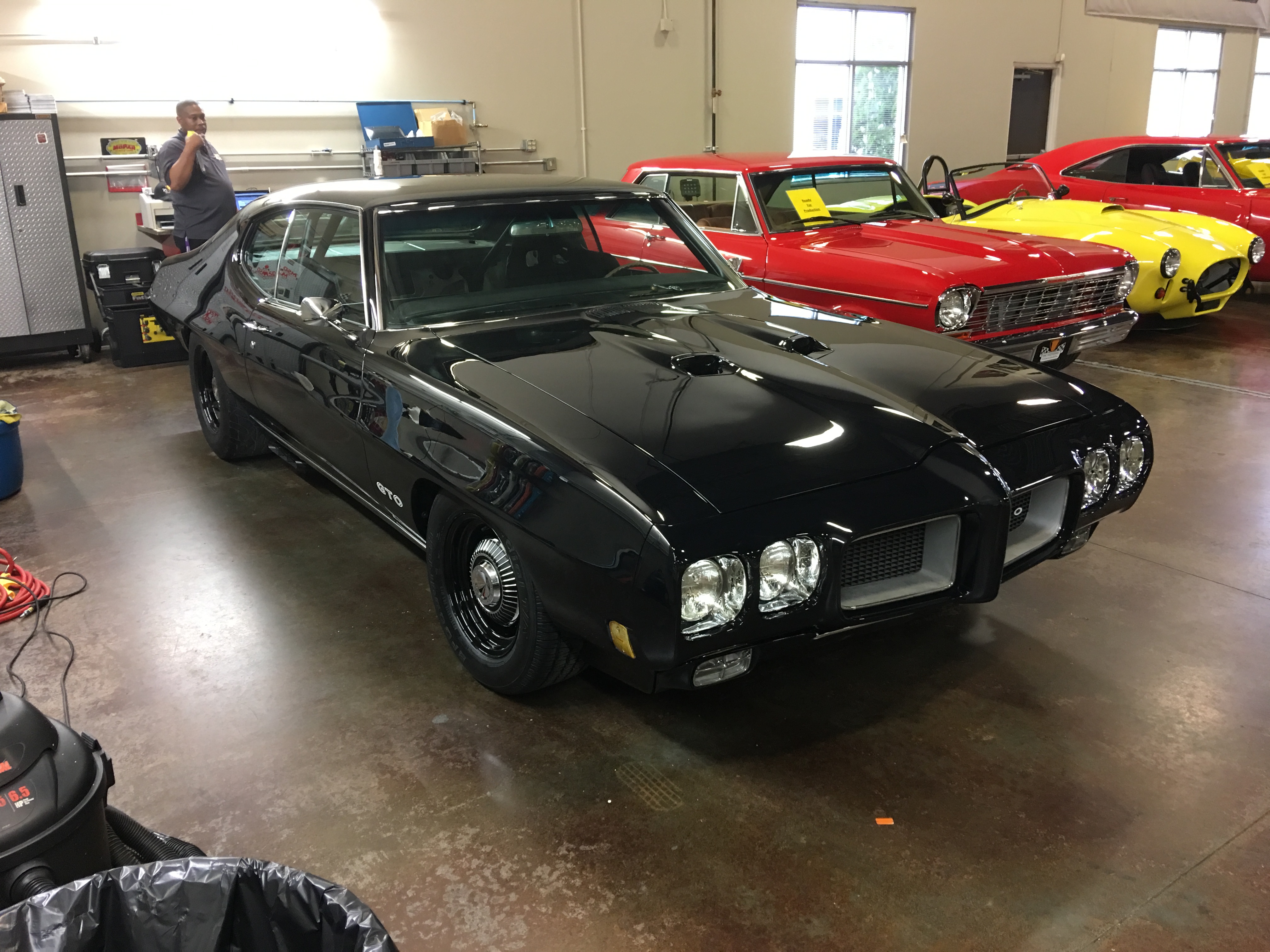 From minor installs to ground-up builds, the RKM Performance Center is your one-stop shop for all things classic and high performance. Give us a call for help with your next project!