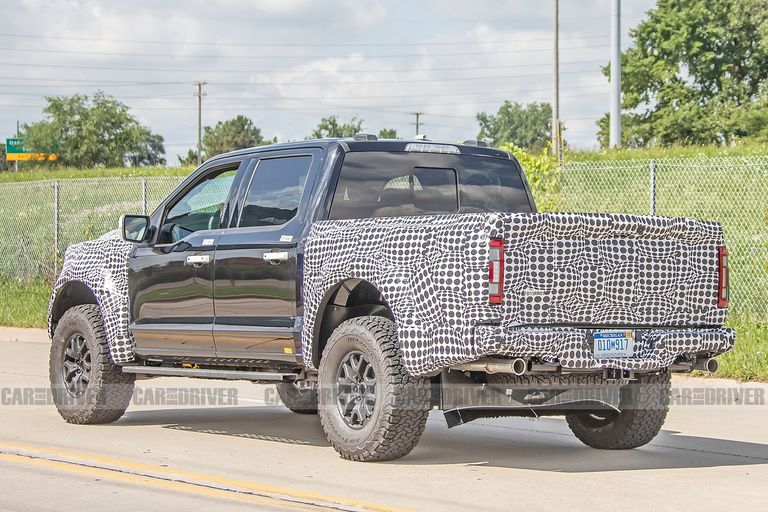 Like us, there's a good chance that you're still daydreaming about the new Ford Bronco, and you might have temporarily forgotten that there's a new F-150 Raptor on the way. Well, we're here to remind you of the high-flying off-road truck's goodness and tell you that the new trucks will have a coil-spring suspension setup in the rear. 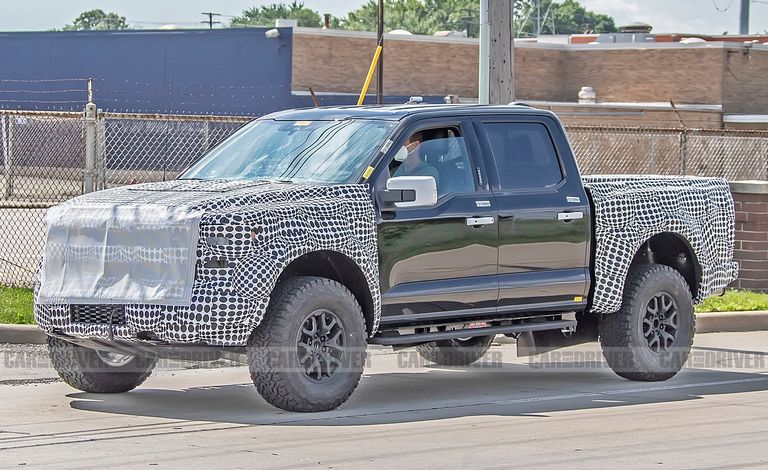 We spied the 2021 F-150 Raptor testing and immediately noticed the coil-spring rear suspension—the two previous-generation Raptors had leaf-spring setups in the rear. However, the standard 2021 F-150 still has the leaf-spring setup. Coil-springs open the door to progressive spring rates, and the four trailing link with a panhard rod setup is ideal for high-speed off-roading—they also benefit from greater articulation and wheel travel. Ram has used this configuration since 2009, which will inevitably find it's way under the yet to be released 700-plus horsepower Ram TRX. We also spotted Fox shocks with orange components on them, meaning the version of adaptive live wire dampers from the second generation truck will live on.

Clearly the people at Ford are aware of the coming Hellified competition from Ram, and we hope they also pay attention to the powertrain that's in the Ram TRX: a supercharged 6.2-liter V-8. If Ford really wants to compete with Ram, we strongly encourage it to throw the supercharged 5.2-liter V-8 from the 760-hp GT500 into the new Raptor. But, unfortunately, we don't make Ford's decisions. On the contrary, we expect Ford to offer an upgraded version of its twin-turbocharged 3.5-liter V-6 as the base engine, paired with Ford's 10-speed automatic transmission.

The 2021 Ford F-150 doesn't look all that different from the previous generation, and from these spy photos, we can see that's the same for the Raptor. The front and rear ends are covered up, meaning they'll have the same slightly updated headlights and taillights as the standard F-150 but with a more aggressive hood and a blacked-out "Ford" grille. As before, it'll ride a lot higher than the standard trucks and have big all-terrain tires plus skid plates to protect the underbody and a wider body with larger fender flares.

The new F-150 Raptor should debut by the end of the year, and the Ram TRX is set to debut at the end of this month. We'll hear more about both trucks soon, and the 2021 Raptor should go on sale sometime next year with a starting price around $55,000.