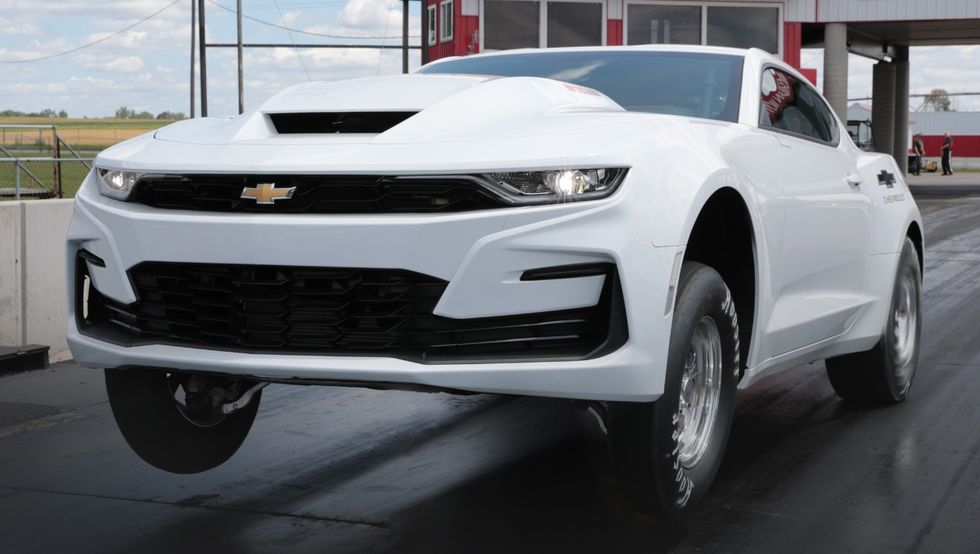 Chevy has released the latest version of its drag-racing special, fitting it with either a colossal 572-cubic-inch big block V-8 or smaller, but still large, LS-based motors.

Update 7/31/21: While Chevrolet did not include a power figure for the 572 engine in the press release, it was included in the COPO order form. The 9.4-liter V-8 is rated at 430 hp by the NHRA, making it the least powerful engine option for the 2022 COPO Camaro.

A recent report suggested that the current sixth generation Chevrolet Camaro could be replaced by an electric performance sedan in the near future, but before the Camaro ditches fossil fuels, Chevy has taken its muscle car to the extreme with the new 2022 COPO Camaro drag-racing special.

Back in the late 1960s, Chevy had a system called Central Office Production Order (COPO) which allowed dealerships to order cars and trucks with non-standard colors or features. The purpose of COPO was for speciality vehicles for fleet customers, like trucking companies or police departments, but some savvy dealers who were passionate about drag-racing utilized COPO to create purpose-built dragsters. Chevy revived the COPO name in 2012 and has built speciality drag-racing Camaros every year since. 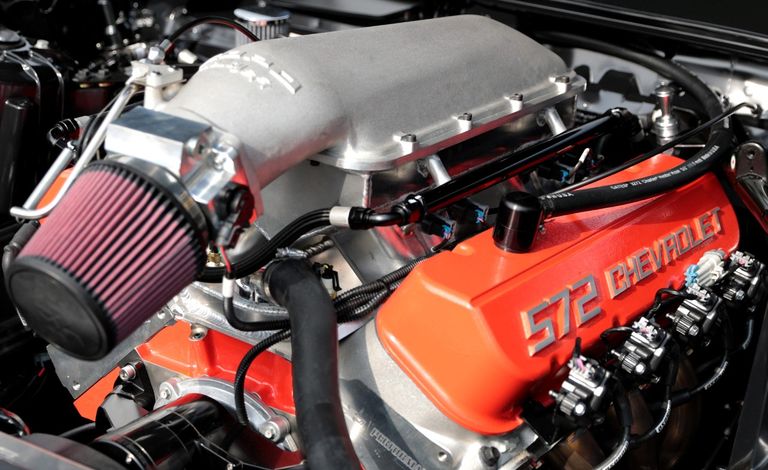 For 2022, the COPO Camaro is available with a gigantic 572-cubic-inch (9.4-liter) big-block V-8, which Chevy says "channels the spirit of the original 1969 COPO Camaro." Chevy didn't reveal horsepower figures for the 572, but said that it uses a cast-iron block with aluminum heads, a forged steel crankshaft and connecting rods, and forged aluminum pistons.

The COPO Camaro is not street legal but does qualify to race in NHRA Stock and Super Stock eliminators. All COPO Camaros feature a carbon fiber hood and wheelie bars, while a trunk-mounted weight box and parachute are optional. In the past, Chevy limited production of COPO Camaros to 69 units per year (mimicking the production run of the original 1969 COPO Camaro) and had customers enter a lottery, but Chevy won’t restrict production of this 2022 model and will sell it on a first-come, first-serve basis. The 572 COPO Camaro starts at $105,500, while the 427 starts at $117,500 and the 350 starts at $130,000. Customers are told to "see your dealer" about tax, registration, and destination charge. Buyers can submit an order form online and can receive a private tour of the COPO Build Facility in Oxford, Michigan, with their new drag-racing Camaro.

This story was originally published June 30, 2021.