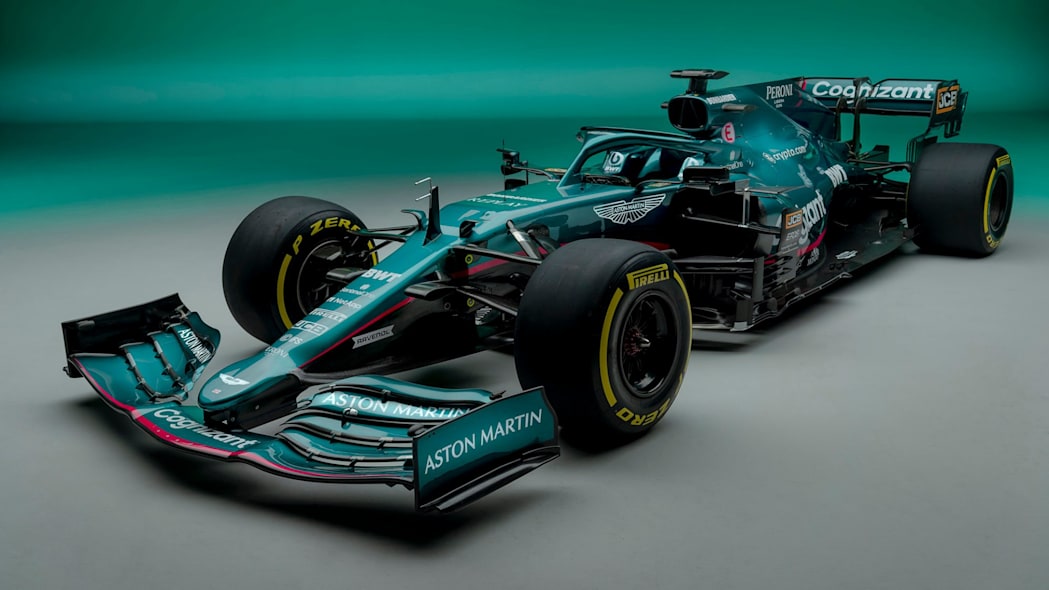 Daniel Craig and Tom Brady cheer it on

LONDON — James Bond said he was thrilled, and seven-times Super Bowl champion Tom Brady threw in support from afar as Aston Martin showed off its first Formula One car in 61 years on Wednesday.

The launch, presented online by "Quantum of Solace" actress Gemma Arterton, played up the 108-year-old marque's connection to the fictional British secret agent as the Silverstone-based team started a new era.

"I just want to send a massive congratulations to all at Aston Martin for getting back onto the F1 grid for the first time since 1960," Bond actor Daniel Craig said in a video message.

"It is an incredible thrill for me, and I'm sure all F1 fans, to see Aston Martin racing again in their iconic Aston Martin Racing Green.

The new James Bond film "No Time to Die," due for release in September, features four Aston Martins — the agent's car of choice.

Four-times world champion Sebastian Vettel, freshly arrived from Ferrari, and Canadian Lance Stroll will be the ones with the license to thrill and both liked the look of the sleek green AMR21 car that marks Aston's return as a constructor.

Tampa Bay Buccaneers quarterback Brady offered his support in a video message for a team that last year, as Racing Point, finished fourth overall but won a race and were often third fastest.

"Hey Lance and Seb, looks like your ride is finally here and it looks amazing," he said. "I'll be cheering you guys every step of the way...good luck and kick some ass."

Lawrence Stroll, team owner and father of Lance, is also the executive chairman of Aston Martin and has big plans for expanding the brand and taking his team to the top.

"I have dreamed about this day for a very long time," he said.

"My first dream was to own a Formula One team. My second dream was to acquire a significant shareholding in Aston Martin Lagonda. Today is about the merging of those two dreams.

"This is just the beginning. The team is pushing forward, and our ambitions are limitless. We now have the pieces in place, the people and the partners, to make real progress."