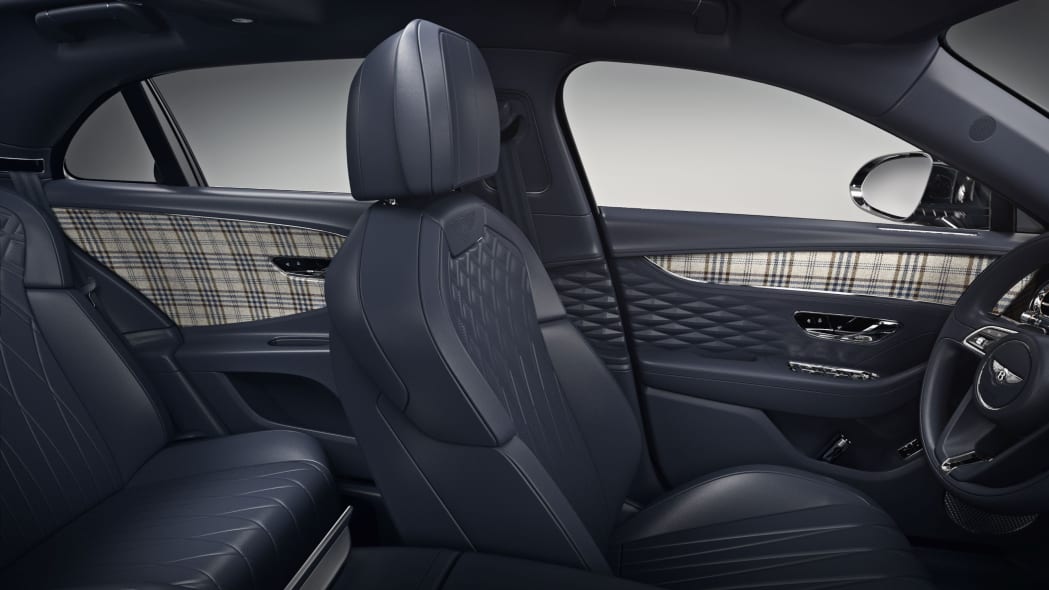 Attention Bentley shoppers: Tweed is now on the menu. The woolen fabric can now be specced in any of its models (Bentayga, Flying Spur or Continental GT) as interior door trim as a replacement for whatever wood, metals or stone(!) you would have there normally. It’s so delightfully British in the best possible way.

You can pick between four different tweed patterns. Here’s how Bentley describes them: “Cheltenham, with its countryside greens, offers a more traditional choice for customers whereas Glen Plaid–Tolsta Beach, named after the shores of the rugged Outer Hebrides, makes a confident statement with its bold check pattern. Providing a more subtle, contemporary choice, the Charcoal and Sand Herringbone tweeds complement dark and light interiors respectively on the two-door and four-door Grand Tourers.”

The Glen Plaid-Tolsta Beach is our favorite with Cheltenham coming in at a close second. Both Herringbone trims are still cool, but the checked pattern really pops. It feels right at home in such an elegant and luxurious interior.

Bentley says it’s sourcing the tweed from a Scottish distributor named Lovat Mill. It’s made using sustainable processes, furthering Bentley’s goals of minimizing its carbon footprint. If you want tweed in your new Bentley, you’ll need to order it through Mulliner, Bentley’s bespoke commissioning division. It’ll be expensive, but what else did you expect?

This isn’t the first time we’ve seen tweed featured in Bentley products before. The stunning Mulliner Bacalar used tweed extensively throughout its interior, going so far as to use it on the instrument panel, seats and bespoke luggage set. You can’t get that much tweed in the rest of Bentley’s range, but it’s a lovely touch nonetheless.