Bob Bondurant, Car Racer Who Tutored Actors on the Track, Dies at 88 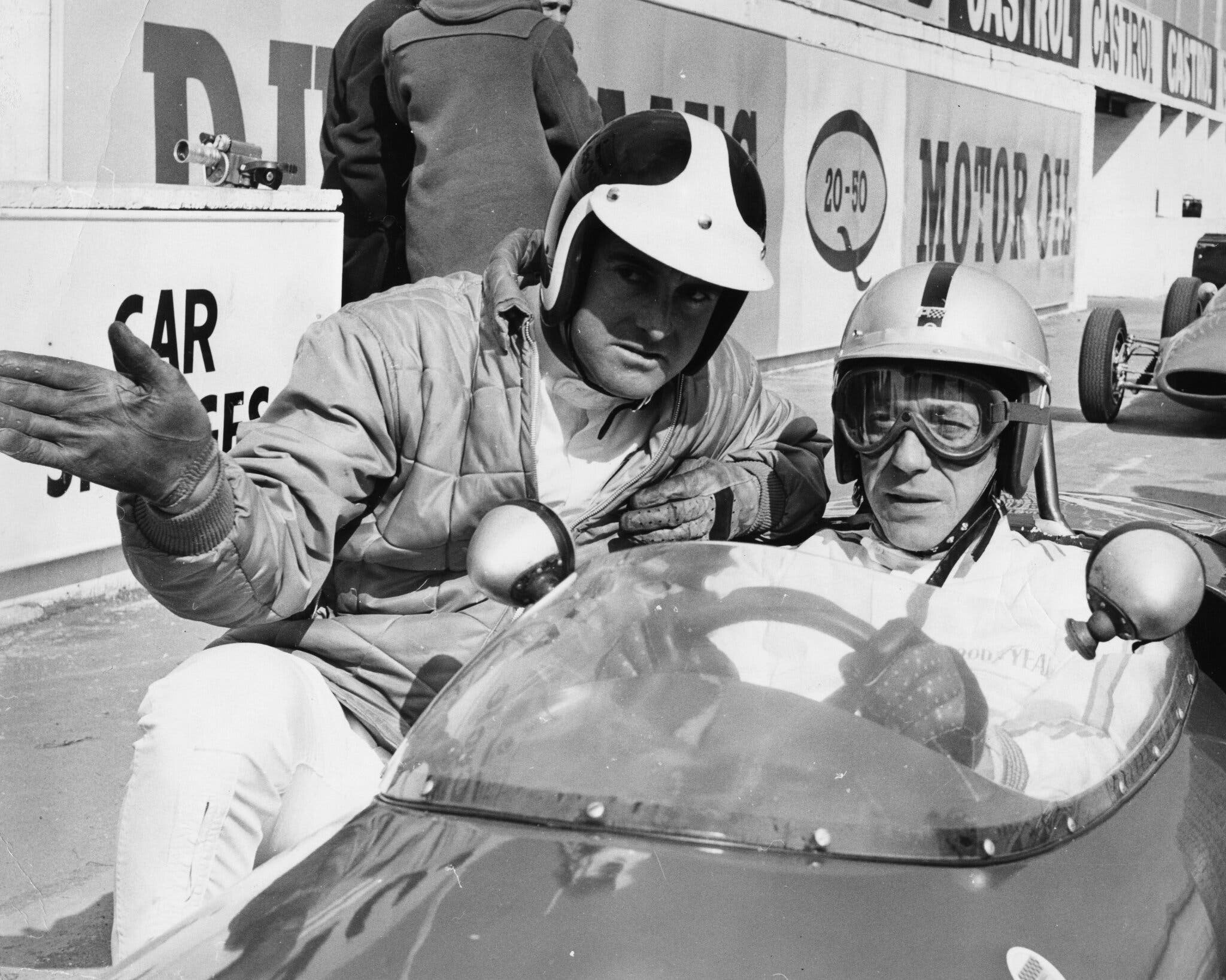 Bob Bondurant, left, was a racecar driver with a knack for teaching actors how to take on that role. He gave instruction to Yves Montand in 1966. Central Press/Hulton Archive, via Getty Images

After a racetrack accident put him in the hospital, he pivoted to open a driving school, where his students included Paul Newman, Tom Cruise and Christian Bale.

Bob Bondurant, a master racecar driver who was better known for his driving school in California and later in Arizona, where he tutored actors like Paul Newman, Tom Cruise and Christian Bale for their onscreen racing roles, died on Nov. 12 in Paradise Valley, Ariz. He was 88.

A death certificate provided by his wife, Pat Bondurant, said he had a “suspected immune reaction related to vaccinations.” It cited cerebrovascular disease and cerebral arterial stenosis as underlying conditions. He died at an assisted living facility.

Mr. Bondurant began attracting attention in the racing world in 1959, when he won 18 of the 20 races he entered behind the wheel of a Corvette.

“I am an original California hot rodder turned white hot when I started winning everything in my Corvettes,” he was quoted as saying by the National Corvette Museum, which inducted him into its Hall of Fame in 2016.

He continued to win races regularly in Corvettes in the 1960s, but he also began to race successfully in other sports cars and open-wheeled Formula 1 machines, including for the elite Ferrari team from 1965 to 1966.

“He was top of the line,” said Peter Brock, who designed the Shelby Daytona Cobra Coupe that Mr. Bondurant raced with Dan Gurney to first place in the GT, or Grand Touring, class at the 24 Hours of Le Mans endurance race in 1964.

But in 1967, Mr. Bondurant crashed during a race at what is now the Watkins Glen International in upstate New York, suffering multiple injuries, including fractures of both feet and a broken right ankle. It was a turning point.

In the hospital, he came up with the idea of opening a school that would teach safe, defensive driving to auto enthusiasts.

The Bob Bondurant School of High Performance Driving opened in early 1968 at the Orange County International Raceway in Irvine, Calif. “We want to make a better driver, rather than make a faster driver,” he told The Los Angeles Times at the time. He also offered instruction in racecar driving, motorcycling and drag racing.

Even before opening the school, Mr. Bondurant had some well-known students. He had coached James Garner and Yves Montand in driving Formula 1 cars for John Frankenheimer’s 1966 film, “Grand Prix.” Mr. Bondurant, who was a stunt man and technical adviser to the film, wore 16-millimeter cameras on the sides of his helmet to record racing action on the track while moving at 150 miles per hour. 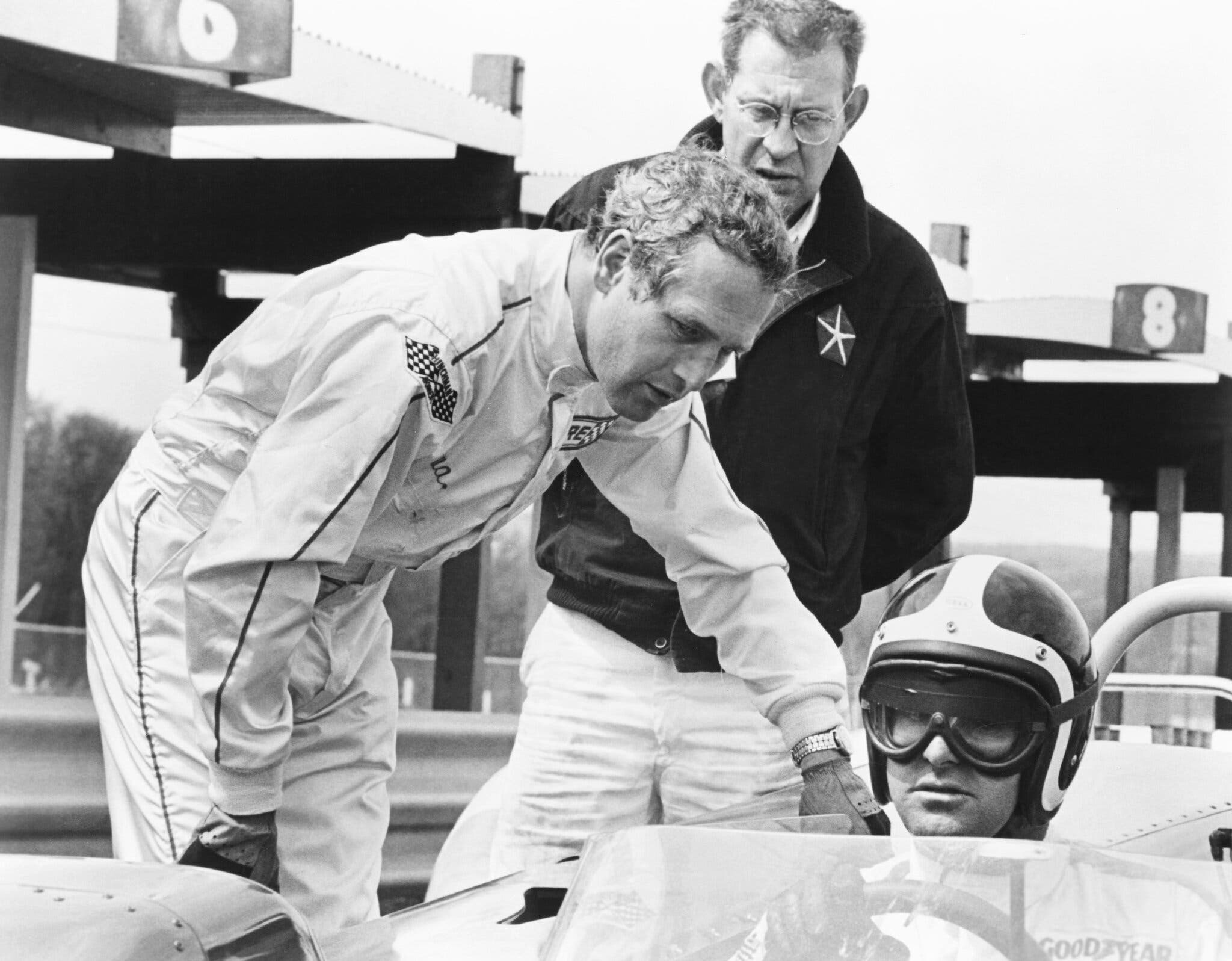 Mr. Bondurant, in the car, with Paul Newman on the set of the 1969 movie “Winning.” Mr. Newman was one of his first big-name students. Universal, via Everett Collection

Soon after Mr. Bondurant opened the school, Mr. Newman and Robert Wagner signed up as students. They had been cast as racecar drivers in the film “Winning” (1969), in which Mr. Newman’s character dreams of winning the Indianapolis 500.

“Paul has a knack of knowing how to learn,” Mr. Bondurant told The St. Louis Post-Dispatch in 1988. “He’s like most actors — they know how to listen. He would move at his own pace, and wouldn’t go too quick. He took it step by step, and it came naturally to him.”

He tested Mr. Newman on three tracks before he handed him off to another instructor, who familiarized him with the Indianapolis Motor Speedway. Mr. Newman’s experience on the film led him to take up racecar driving as a sideline, both as a successful professional driver and as a team owner.

As Mr. Bondurant’s school grew, it moved from Irvine to Ontario Speedway, near Los Angeles, then to Sonoma Raceway, in Northern California, and in 1989 to its most recent location, Wild Horse Pass Motorsports Park, in Chandler, Ariz.

“I love teaching and I love driving,” he told The Post-Dispatch. “I hope I never grow up. It would be a disaster.”

Robert Lewis Bondurant was born on April 27, 1933, in Chicago to John and Ruth (Williams) Bondurant. His mother was a homemaker, and his father was a luxury car dealer who sold his business during the Depression; moved the family from Evanston, Ill., to the Westwood Village neighborhood of Los Angeles; and made his living selling surgical instruments.

His parents divorced when Bob was 12; four years later his mother died.

“My dad took me to Gilmore Stadium when I was 7 to watch the races, and that got me interested in racing,” Mr. Bondurant told Motor Trend magazine in 2012.

He drag-raced, began racing motorcycles at 18, moved on to sports cars — a British Morgan Plus 4, a Triumph TR2 — then drove a 1957 fuel-injected Corvette in his stunningly successful 1959 season, when he was named best Corvette driver of the year. He kept winning in Corvettes into 1963.

After studying business, he graduated from Woodbury College in Los Angeles in the early 1960s.

Driving for the Shelby American team, Mr. Bondurant raced Cobras in the United States and Europe; in addition to the Le Mans triumph in 1964, he helped Shelby and Ford win the prestigious World Manufacturers’ GT Championships the next year.

After his interlude with Ferrari, Mr. Bondurant leaped to the Canadian-American Challenge Cup circuit — better known as Can-Am — in cars that went even faster than those in Formula 1. His 1967 accident came at the Can-Am race at Watkins Glen. He was driving his McLaren Mark II at 150 miles per hour when his steering arm broke, causing the car to flip multiple times.

After recovering, he continued to race occasionally; he raced for the last time in 2012. But his focus was on his school, which his wife said had taught more than 500,000 people over 50 years, including professional racecar drivers, celebrities, military officers, F.B.I. and C.I.A. agents, Navy SEALs and teenagers learning safe-driving skills, usually at the request of their parents.

In recent years, after Mr. Bondurant became less involved in it, the school was beset by financial problems; it filed for Chapter 11 protection in 2018. An investment group purchased its assets the next year and renamed it the Radford Racing School. Ms. Bondurant said she was working to start another school that would use the Bondurant name. 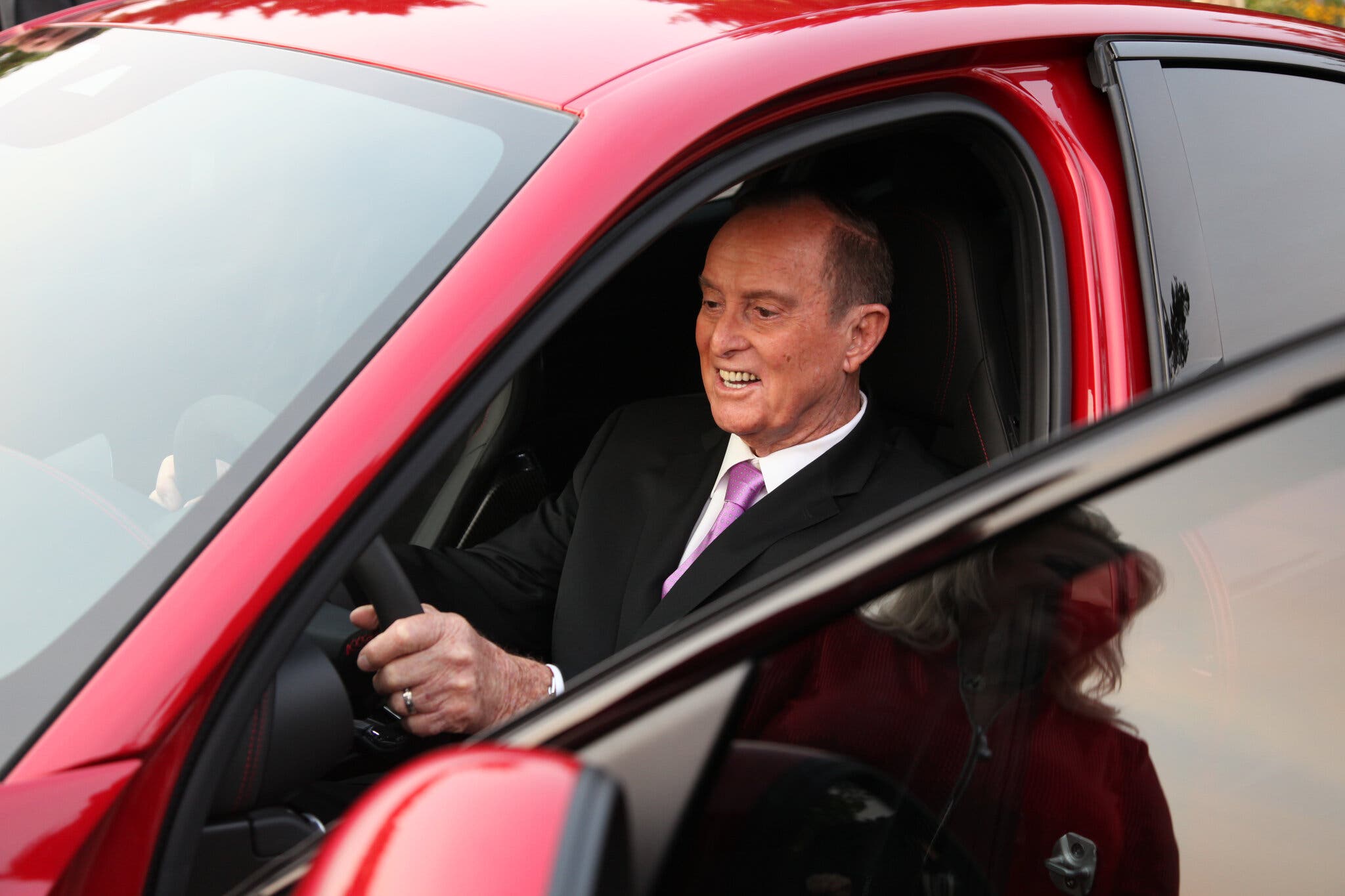 Mr. Bondurant in 2016 behind the wheel of an Alfa Romeo Giulia.“I love teaching and I love driving,” he said. “I hope I never grow up.” Kelly Sullivan/Getty Images

Mr. Bondurant married Pat Chase at the Monaco Grand Prix racetrack in 2010. In addition to his wife, he is survived by her son, Jason Bondurant, whom he adopted and was a vice president of the racing school; his stepdaughter, Meagan Radigan; and two step-grandsons. His previous marriages ended in divorce.

Mr. Bondurant worked with Christian Bale in the summer of 2018 as Mr. Bale trained to play the British racecar driver Ken Miles in “Ford v Ferrari” (2019), James Mangold’s account of the cutthroat competition between the two automakers at the 24 Hours of Le Mans in 1966.

“Bob spent hours with Christian in his GT40, talking to him about how to play Miles,” Ms. Bondurant said in a phone interview. “Bob had great reverence for Christian because both were motorcycle racers. With Christian’s motorcycle racing experience, Bob said: ‘I’d do anything to get him to quit acting. I could get him to win Le Mans.’”