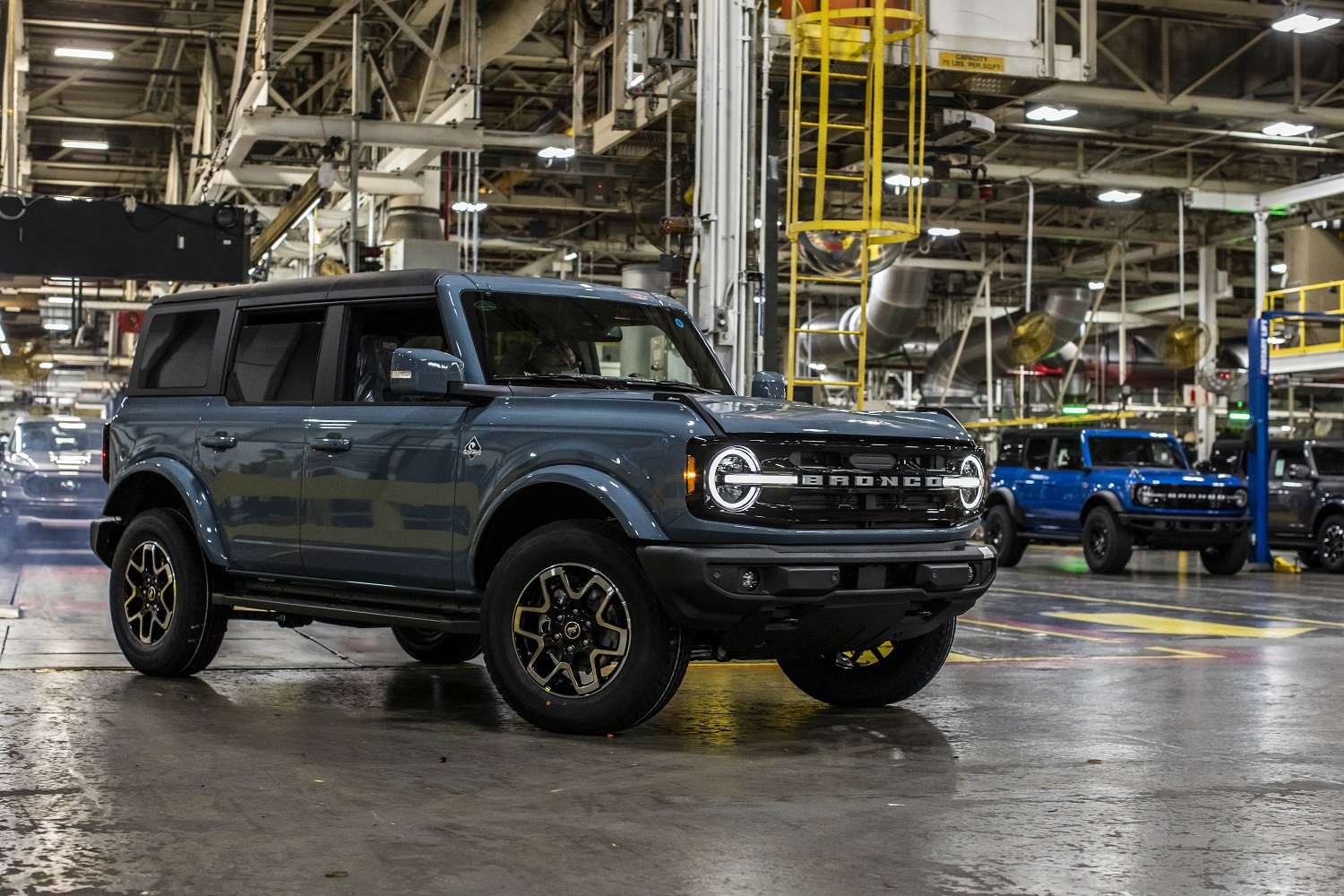 It’s been nearly a year since the 2021 Ford Bronco was revealed to the masses, marking the return of the iconic model following a quarter-century absence. However, the Bronco’s launch has been delayed twice and riddled with supply chain issues in the months since then. Regardless, 2021 Ford Bronco production is officially underway at the Ford Michigan Assembly Plant, which is the same facility (formerly known as the Ford Truck Plant) that produced the Bronco from 1966-1996 and churned out 1.1 million of them. To prepare it for the new Bronco, Ford invested $750 million and added 2,700 jobs to the plant. 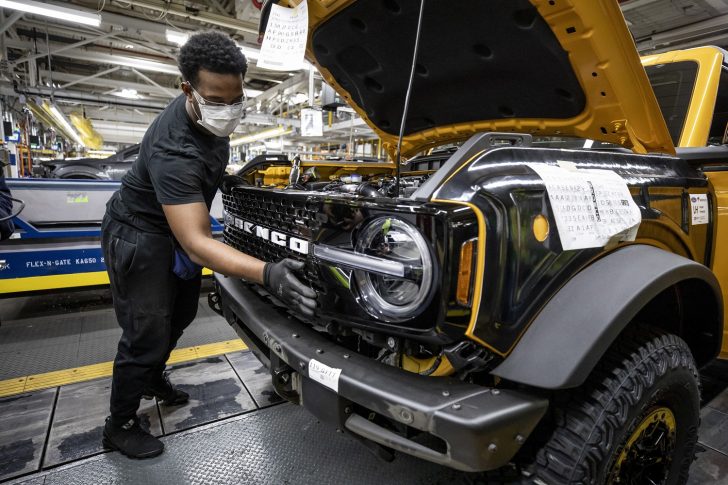 It’s been almost exactly 25 years to the day since production of the last Ford Bronco ended on June 12th, 1996. Thus, the start of 2021 Ford Bronco production is a historic occasion, to say the least, and one that’s been a long time in the making.

“We know the fans have been waiting for the Bronco – and we’re so excited to bring it back,” said Suzy Deering, Ford’s chief marketing officer. “And this Bronco is better than ever. We’re staying authentic to Bronco’s goes-over-any-terrain heritage and have leveraged the brand’s Built Wild innovative design, durability, and advanced off-road capability to get the most out of every adventure in the wild.” 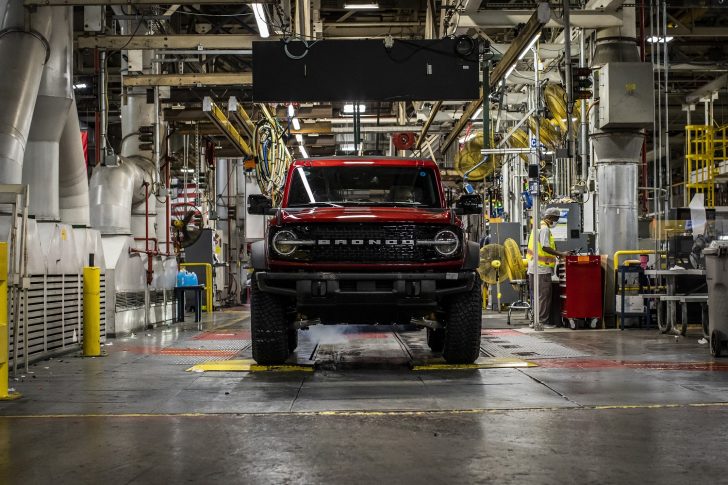 In addition to announcing the start of Bronco production, Ford also revealed that the former Ford Wayne Assembly Plant, located right next to MAP, will be transformed into what it calls the Modification Center. There, Ford will install customer-ordered Bronco modifications including safari bars, graphics packages, and roof racks, to name a few. 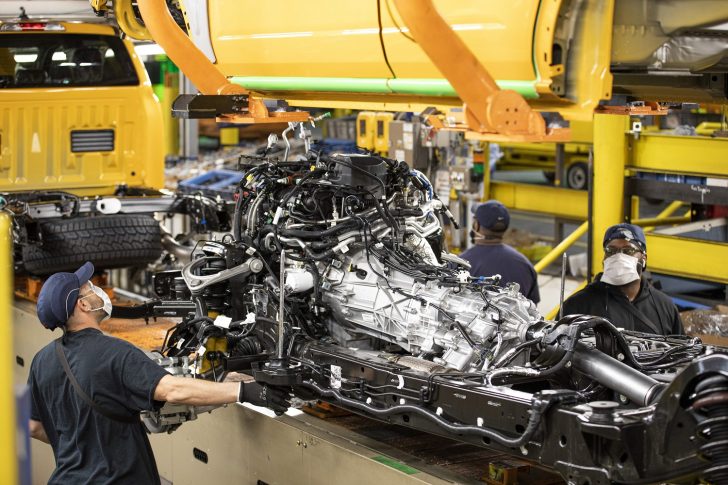 It’s unclear how many Broncos will be produced over the coming weeks and months, as much of that will be dictated by the supply chain. Currently, Ford is having trouble securing hardtops and is experiencing higher-than-expected demand for Wildtrak and Badlands trims, the Sasquatch Package, Tow Package, and 2.7L EcoBoost V6.

A handful of order holders have received scheduled for production emails with VIN numbers and estimated production dates, but many more recently received an email update with bad news, or no news, really. Ford admitted in that communication that it cannot provide order holders with any specific delivery window, but it also provided a bit of a consolation prize for those waiting – priority access to the Bronco Off-Roadeo. 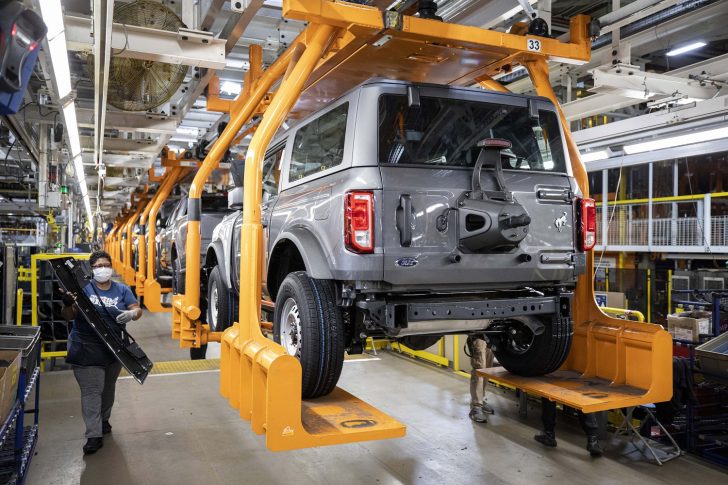 For those that are holding out for a Bronco with a MIC hardtop or one of the aforementioned trim levels or option packages, it’s currently unclear how much longer they might be waiting. Ford said that it is “investing millions of dollars to fix our roof supply issue,” but admits “that investment, unfortunately, won’t materialize overnight.” But at least for now, it appears that it won’t be much longer before we see at least a handful of new Broncos on the road.