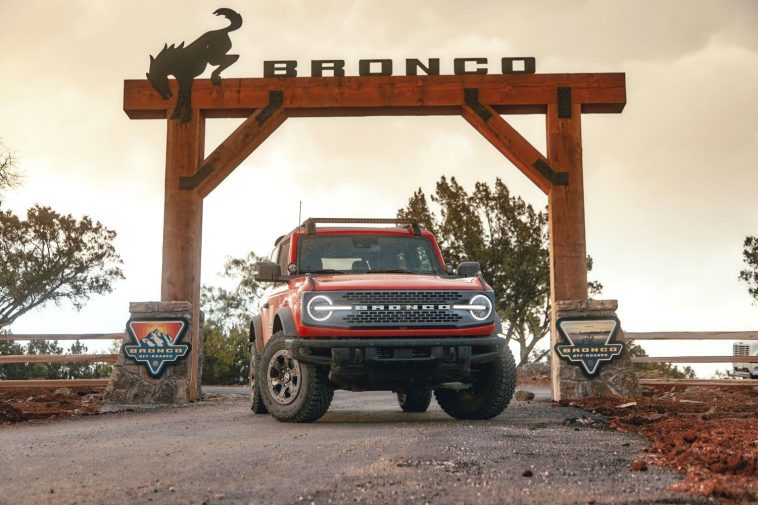 Ford originally announced that it was going to host a free off-road driving school for Ford Bronco and Ford Bronco Sport Badlands/First Edition buyers when the Bronco was revealed last summer. Then, a couple of months later, it announced the very first Ford Bronco Off-Roadeo location – Austin, Texas, followed by Vermont, Las Vegas, and Moab, Utah. After experiencing some issues with a potential location in Vermont, Ford has now released a bevy of additional information about the Bronco Off-Roadeo, including a launch date for the first such experience center near Austin. 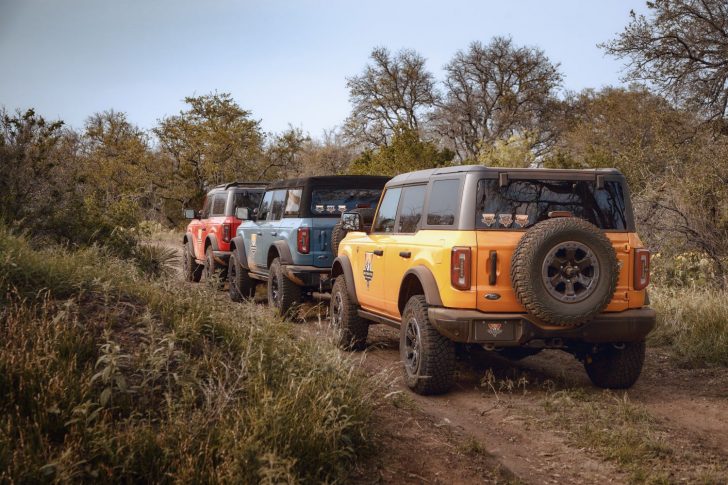 The very first Ford Bronco Off-Roadeo launches near Austin in Horseshoe Bay, Texas, on June 28th, where Bronco owners will get the chance to explore 50 miles of curated trails across one and a half days. The experience kicks off with a 90-minute tutorial designed to familiarize drivers with the Bronco’s many features, including its G.O.A.T. modes, Terrain Management System, and Trail Control, the FordPass Performance App with off-road navigation, Trail Turn Assist, and stabilizer bar disconnect. 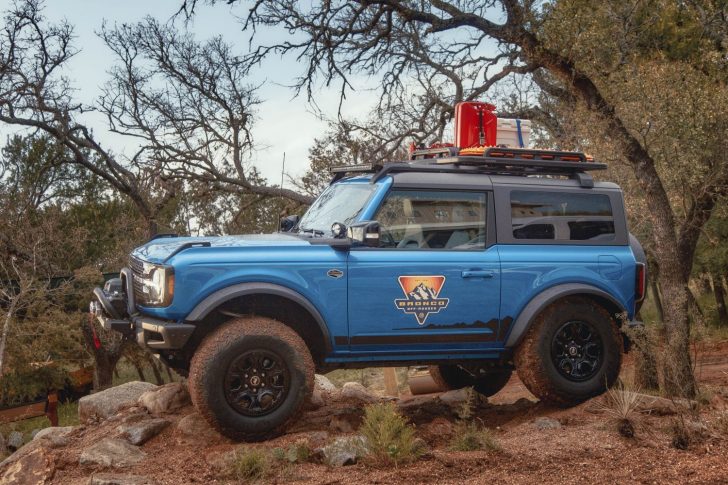 From there, trail guides will assist participants with important off-road information such as how to navigate trails and various obstacles, trail etiquette, and recovery techniques, including how to use a winch, recovery straps, and hi-lift jacks. Owners can then embark on either two- or four-hour drives to test out these newly-learned skills, as well as the capability of their Broncos. 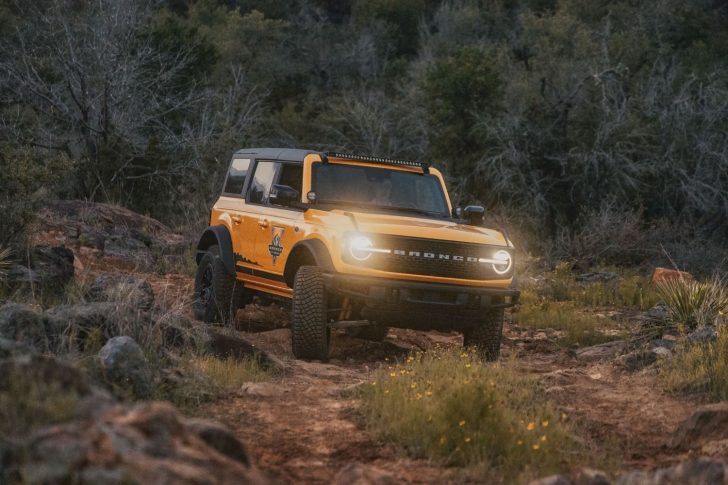 As for the other three locations, Ford has updated them to include Moab, Utah, Mount Potosi, Nevada, and the “Northeast United States.” Each location offers courses designed with the help of off-road drivers including Vaughn Gittin Jr., Loren Healy, and Bob Burns, and features everything from rock crawling to desert running to trail riding. 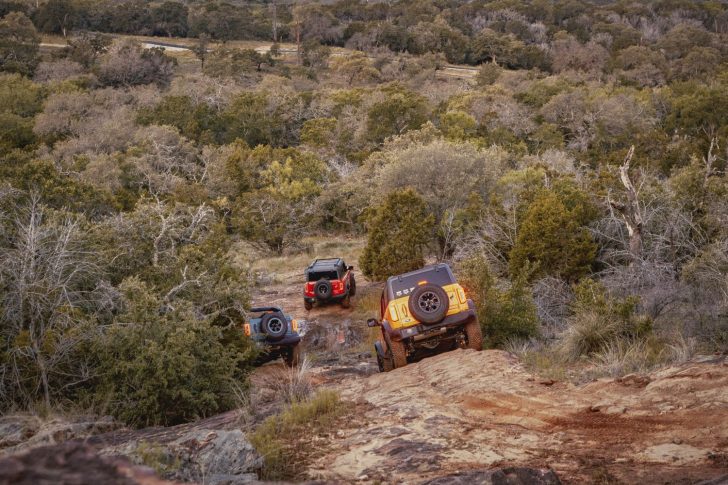 In addition to navigating off-road trails, participants at the Ford Bronco Off-Roadeo can also participate in curated adventure extensions for an added cost. These include mountain biking, fly-fishing, whitewater rafting, and kayaking excursions, each of which ends with participants hanging out around a campfire. 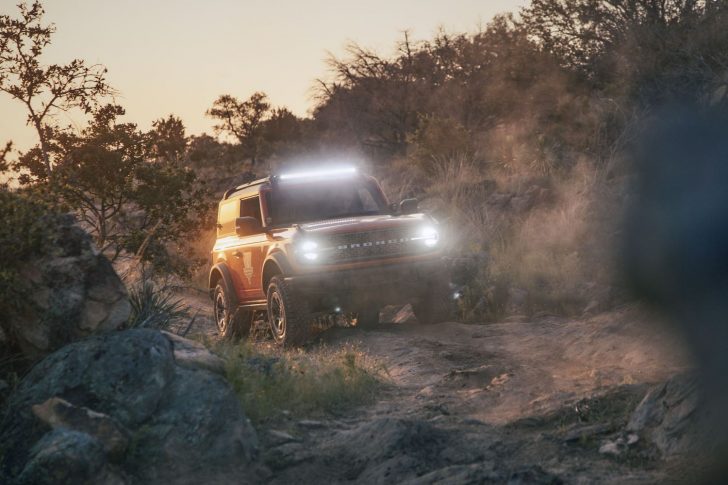 The Off-Roadeo is free for owners and order holders of Bronco, Bronco Sport Badlands, and Bronco Sport First Edition models, but they can also bring along friends or family members for an additional fee. Experience center locations will also offer stay-and-play packages, including Horseshoe Bay Resort in Texas. 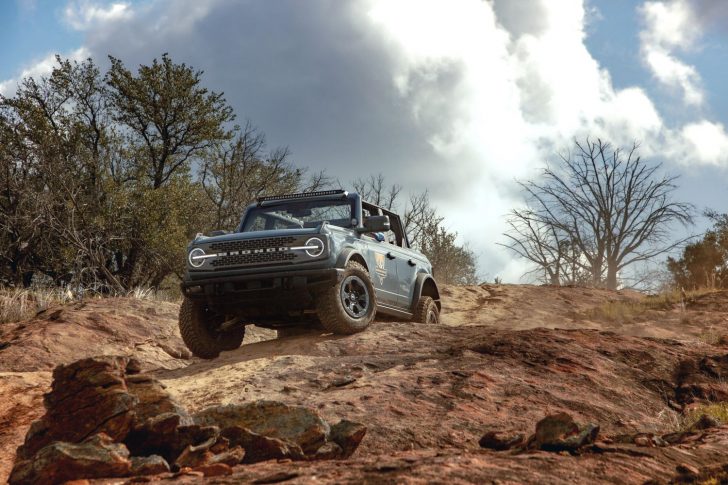 As a bit of a consolation prize for the recent delays caused by supply chain issues including hardtop production, Ford is also giving Bronco order holders a $250 voucher to use toward the cost of bringing a guest, to purchase gear at the Off-Roadeo, or toward a curated adventure experience. 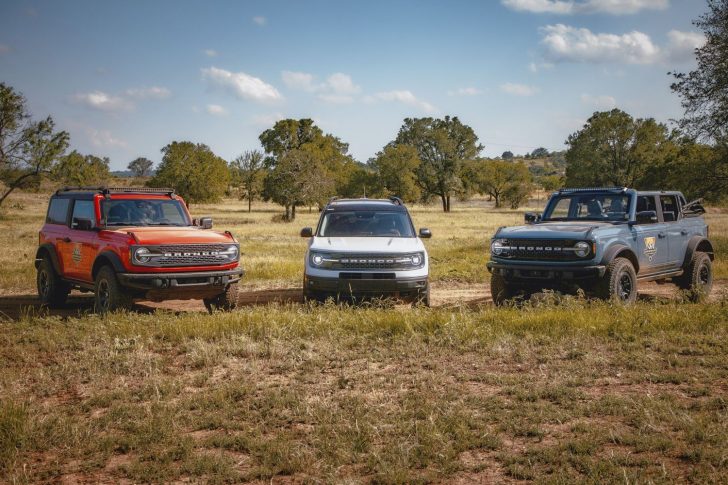 Reservations for the Ford Bronco Off-Roadeo are open now, and owners/order holders can reserve their spot at Horseshoe Bay by heading over here.