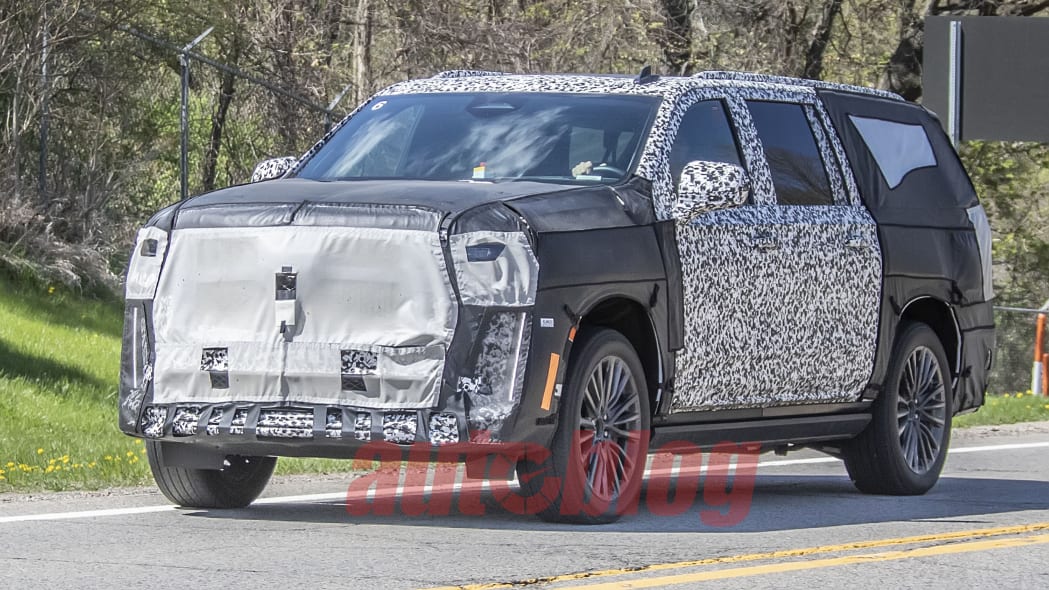 Is this the rumored Escalade V?

This mystery Cadillac Escalade prototype could be a rumored V model featuring a supercharged LT4 V8. This prototype, sporting a fancy exhaust and other unique elements under fairly elaborate camouflage, was spied testing alongside a group of C8 Chevrolet Corvettes.

Since it's still quite comprehensively disguised, we can't say much for certain about what this prototype has going on underneath. We can see a new set of wheels, a quad-tip exhaust and what appears to be a redesigned lower front bumper, but our spies didn't indicate anything else definitive — not even the telltale whine of a supercharger. That seems a glaring omission, given that a V model would almost certainly be powered by the same supercharged V8 found in the CT5-V Blackwing, where it is expected to develop well north of 650 horsepower. 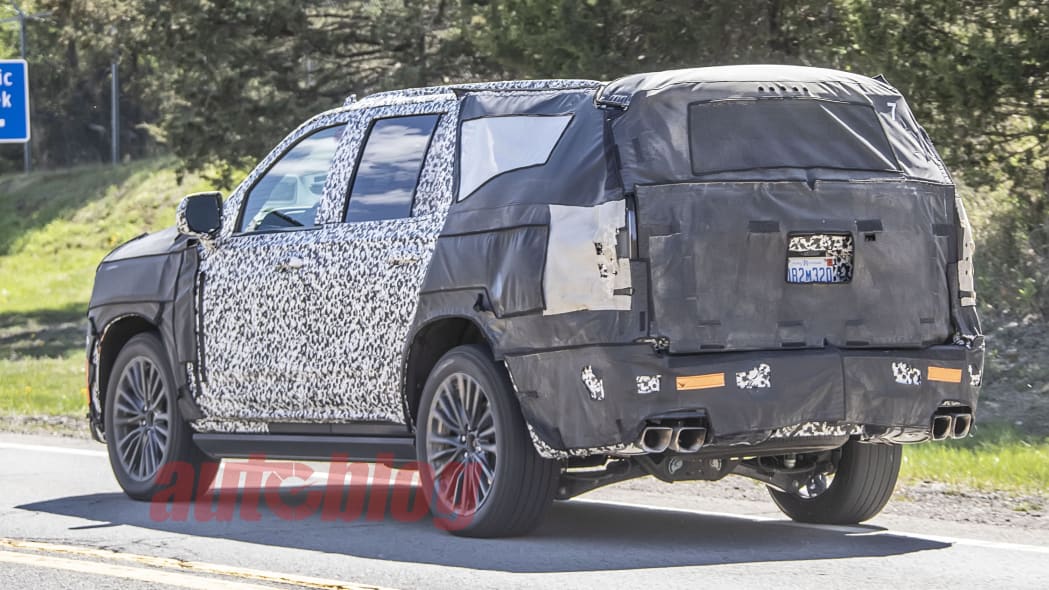 Cadillac chief engineer Tony Roma has previously suggested that more V-badged cars are in the pipeline without confirming which ones or when to expect them. An unverified report published in February 2021 claims the Escalade's 6.2-liter V8 will soon receive a 200-horsepower bump thanks to a factory-backed, dealer-installed supercharger; a full-fledged V model would take that formula a step further.

If you're not familiar with Cadillac's latest performance offerings, "V" models are now the mid-range performance variants, similar to Audi's "S" cars in that they offer a bump in power and handling but stop short of being full-blown track monsters. That treatment is reserved for the new "Blackwing" nameplate, which was derived from the twin-turbocharged V8 of that same name that was originally slated to power those range-topping models. 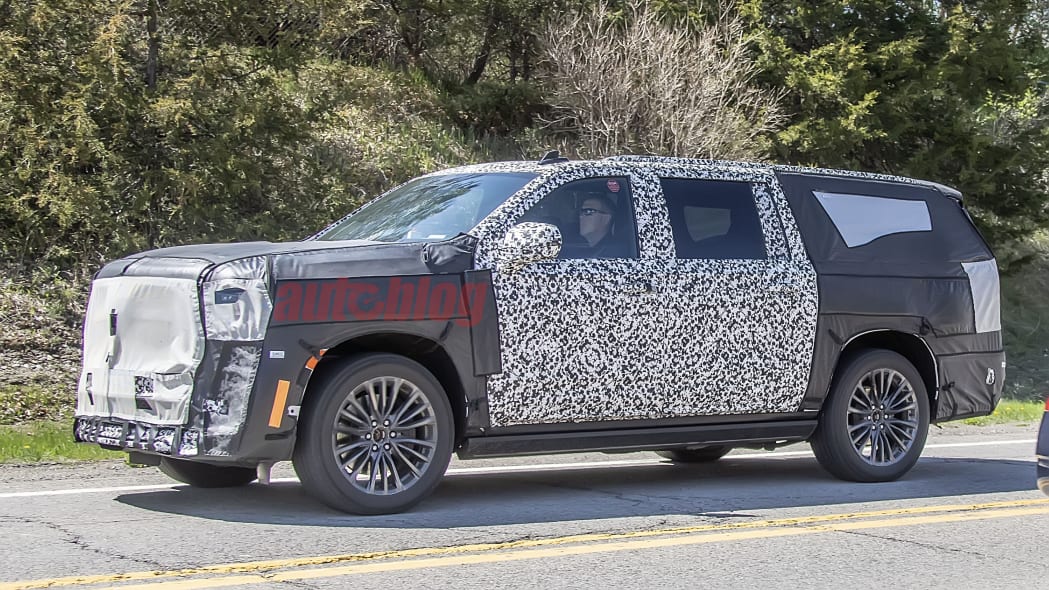