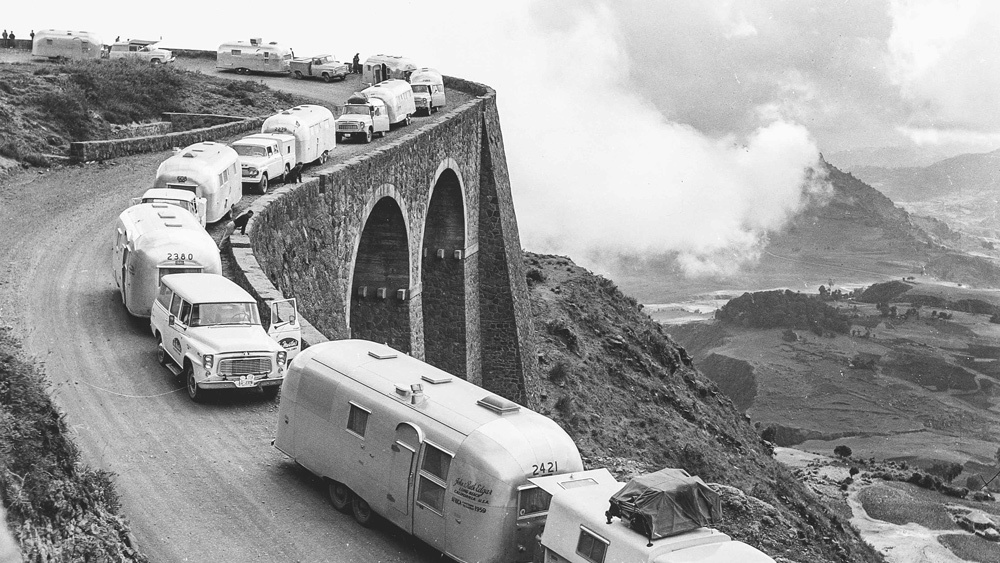 After an exclusive screening of founder Wally Byam’s biopic “Alumination,” we’re ready for a road trip.

Wally Byam would have been 125 years old this month. Born on the Fourth of July, 1896, in Baker City, Ore., Byam went on to found Airstream travel trailers, those mirror-polished, aluminum silver bullets, that have inspired generations of weekend warriors to hit the road and “Live Riveted.”

To mark Byam’s milestone, and this year’s 90th anniversary of the Airstream company itself, accomplished filmmaker Eric Bricker has produced an inspirational 77-minute documentary called Alumination.

“The spirit of Wally Byam is embedded in every Airstream trailer that’s been built over the past 90 years,” Bricker tells Robb Report after our exclusive screening. “Here is one of the great, unsung entrepreneurial heroes.”

The documentary has been a true labor of love for Bricker. After the idea was conceived back in 2014, the writer/director spent years sifting through rare archival footage, interviewing passionate Airstream enthusiasts, like actor Patrick Dempsey and Pixar creative director Jay Ward, and sharing the love at Airstream rallies.

To add to the film’s appeal, Bricker persuaded Kate Pierson, one of the founding members of The B-52’s rock band, to do the narration. When she’s not touring, Pierson runs Kate’s Lazy Desert, a kitschy vintage Airstream compound near Joshua Tree, Calif., where she has six Airstreams for rent.

“I have to admit that I knew nothing about Airstreams before we started,” says Bricker. “The only thing I knew was Sean Penn used to have one out in Malibu. My producing partner Lisa Hughes came up with the idea, we dug a little deeper, and the light bulb went off.” 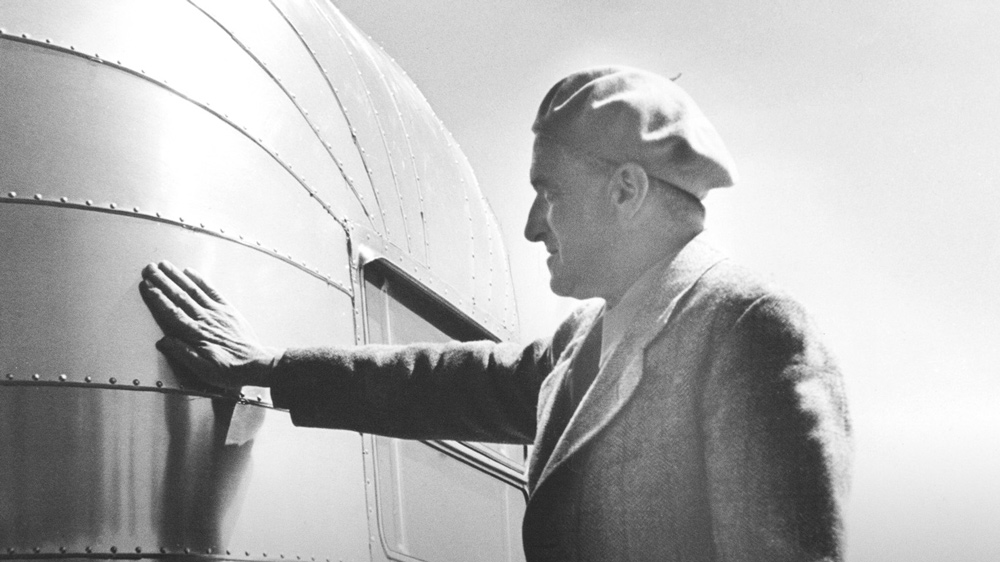 In the film, Bricker explores Airstream‘s early days, with aircraft-loving Byam designing a teardrop-shaped trailer because his first wife didn’t share his love of camping. He called it the Torpedo Car Cruiser and published do-it-yourself guides to help others build their own.

With business booming, Byam opened a small factory in Culver City, Calif., in 1931. There, he designed and developed the landmark Airstream Clipper, a pioneering, riveted-aluminum semi-monocoque trailer with insulated walls, upscale interiors, its own water supply and customizable floor plans. It even offered air conditioning of sorts, using dry ice. 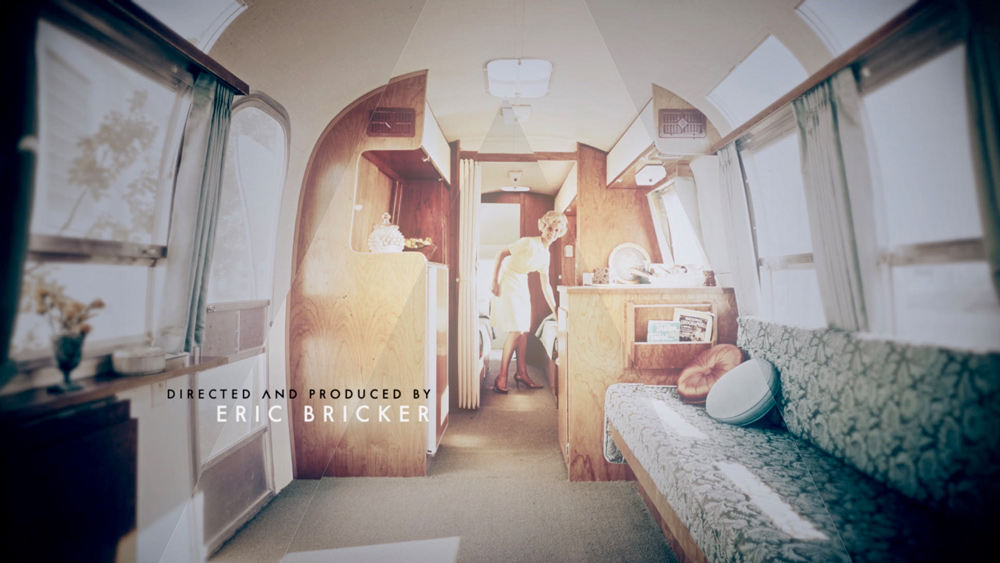 An opening still from the “Alumination” documentary on Airstream. Photo: Courtesy of "Alumination"

“I think Wally’s true ground-breaking move was to create this amazing community around the Airstream that he called the Wally Byam Caravan Club. This was like Burning Man before Burning Man,” says Bricker.

To keep the spotlight shining on Airstream, Byam organized road trips to showcase the durability of the trailers. In 1951, he took a group of owners on an insane trip from Texas to Nicaragua. Atrocious weather and impassable roads saw only 14 of the original 63 trailers make the journey.

Unfazed, he continued to lead trips across Canada and through Mexico and Central America throughout the 1950s. In 1959, he took 106 owners from Cape Town, South Africa, to Cairo, Egypt. It lasted seven months and covered over 14,000 miles. 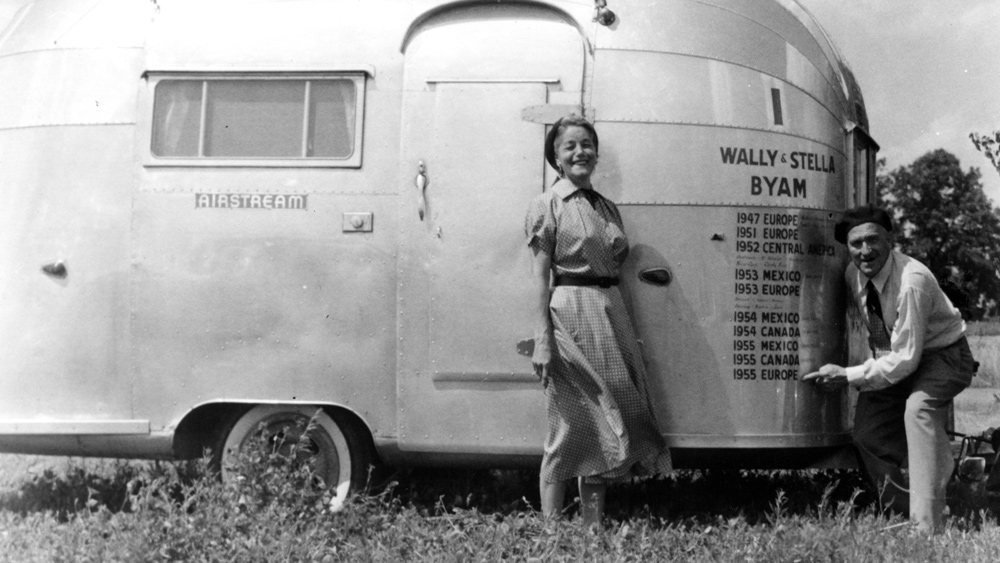 Wally Byam and his wife Stella. Photo: Courtesy of "Alumination"

“There’s a reason they called him the Pied Piper; Airsteamers would follow him anywhere he offered to take them,” says Bricker.

In July, 1962, Byam died of a brain tumor at the age of 66. To keep a promise made to the founder, Airstream’s then CEO, Andy Charles, lead the famous “Around the World Airstream Caravan” in 1965.  Over 100 owners traveled from Singapore to Cabo da Roca in Portugal, even stopping off in Red Square, Moscow, for a group photo.

As Bricker highlights in his documentary, Airstream today continues to go from strength to strength, now owned by Thor Industries, the world’s biggest travel-trailer manufacturer. And sales have never been more robust. 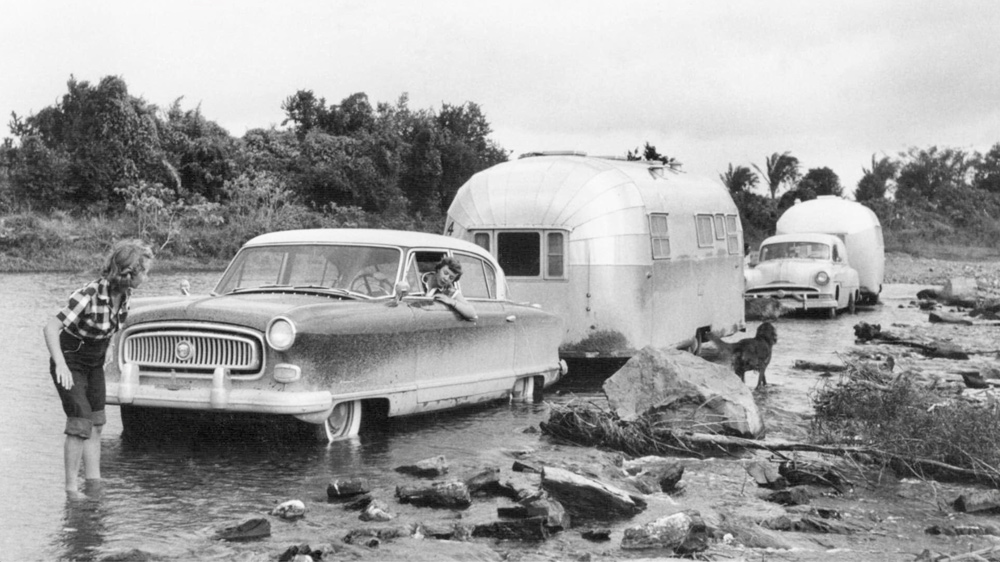 Airstream’s current lineup ranges from the teeny 16-foot Basecamp, priced from $39,100, all the way to the super-luxe 33-foot Classic at $161,900. The booming market for vintage Airstreams sees them being used for everything from food trucks to recording studios to vacation rentals.

“With people desperate to travel again after the pandemic, an Airstream is the perfect way to enjoy the great outdoors,” says Bricker. “It offers everything I need to live comfortably, and gives the feeling of being untethered and able to go, as Wally used to say, where the four winds blow. Ultimately, Wally Byam didn’t just create a tool for travel; he created a platform for living.” 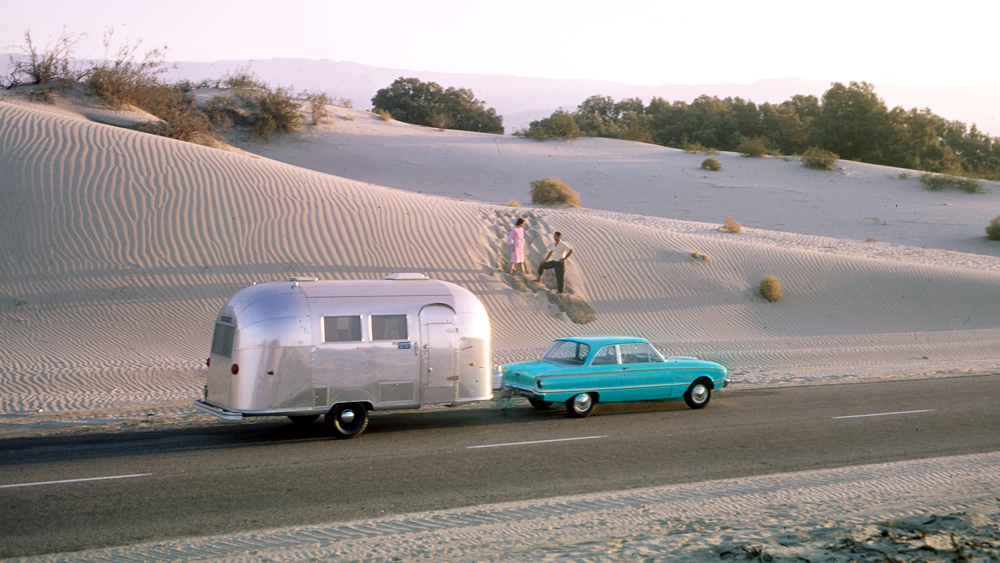 A couple head off the beaten path with their Airstream in tow around the middle of last century. Photo: Courtesy of "Alumination"

Alumination, which was produced 100 percent independently of Airstream, is scheduled to premiere at this year’s Freep Film Festival in Detroit on September 22. Before then, Bricker is making the film available for private screenings to groups of 25 or more. To get access information, visit aluminationmovie.com.