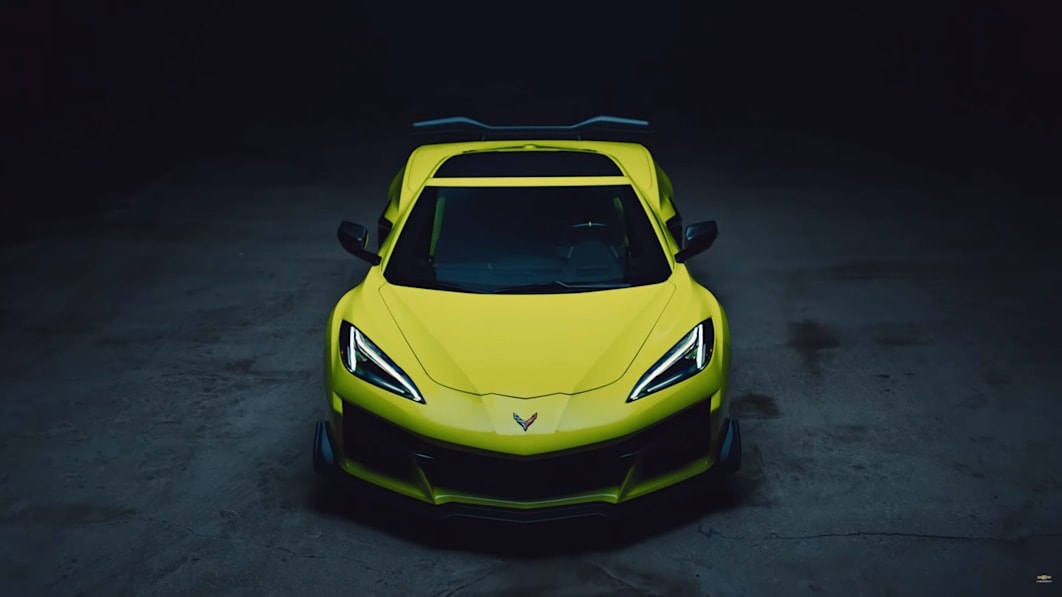 The 2023 Chevrolet Corvette Z06 is arriving later this year, and it's hard to imagine there will be too much teasing before reviewers grab the key. We're talking about a Chevrolet that, in at least one instance, is being offered with a markup higher than the MSRP of any other Chevrolet. The automaker continues to trickle information, the latest in a video on the Z06's design and aero. Explaining why some aspects of the coupe were designed as they are, Corvette exterior design manager Kirk Bennion said the Z06 is about as wide as the C8.R race car because engineers needed to get more air into the 5.5-liter V8. Then, behind the engine, designers made the extractor bezels lower and wider to evacuate that larger volume of cooling air.

Perhaps the coolest aspect of the video is seeing a CAD rendering of the Z06's flat floor. A pretty clean arrangement of flaps, strakes and vents create a low pressure zone that provides increased downforce; the Z07 Performance Package puts 734 pounds of downforce on the car at 186 mph.

The question many will want to answer is how much further the Z06 can get beyond that speed. Corvette Blogger credits a forum member at the Mid Engine Corvette Forum for discovering Chevrolet made its 2023 Corvette owner's manual available for download. The book covers some fine-grained details of living with the Z06. A chart of minimum and maximum speeds for changing gears reveals that first gear works from standstill to 41 mph, second gear works from 9 mph to 69 mph. The driver can shift into fifth as soon as 29 mph, and can downshift from sixth into fifth at 188 mph. The table indicates "Aero Limited" for sixth and seventh gears, so we don't know how far above 188 mph sixth gear can go. The same chart for the 2023 Stingray in LT2 trim without the limited-slip differential in the Z51 package indicates it's possible to downshift from sixth into fifth at 152 mph. The gears after fifth are also tagged with "Aero Limited," but the Stingray's claimed top speed is 194 mph, 42 mph beyond the highest figure in the chart. If we apply that reasoning to the Z06, it seems plausible that sixth gear in the Z06 will be good for at least 12 more mph, taking the Z06 to the double ton or beyond.

As Corvette Blogger notes, Z06 owners will want to read all the fine print. The section on the car's carbon wheels, for instance, explains that it's necessary to cool the wheels down during track days or competitions. Leaving the spokes stationary beside a hot brake rotor will be bad news for everyone.

You can check out the video above and the owner's manual here. Something wicked, and wicked fast, this way comes.