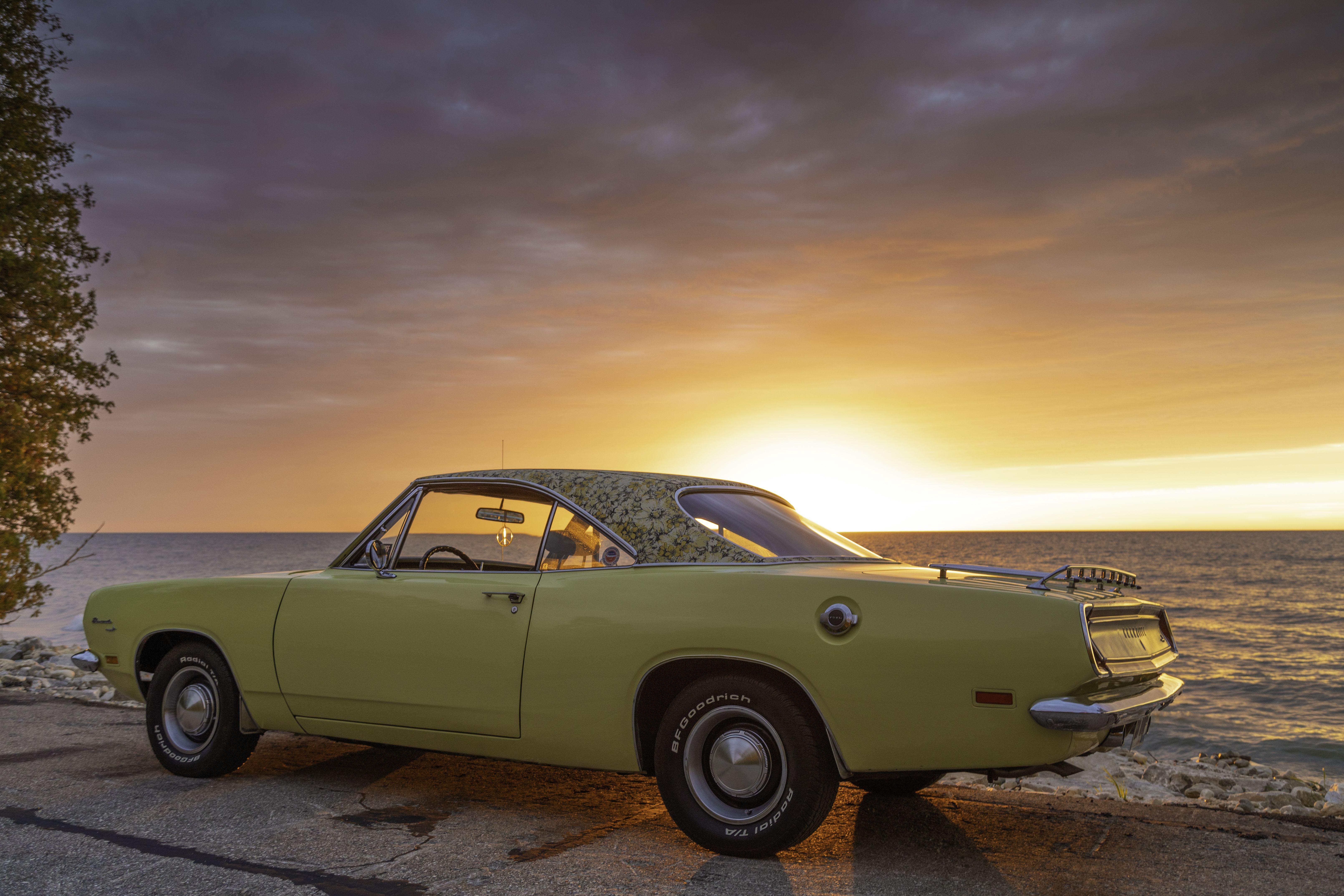 Yes, that patterned vinyl top was an original factory option

This 1969 Plymouth Barracuda, currently up for auction on Hemmings.com, is not only notable for its fantastically restored condition but even more so because it has one of the most unusual options of the late '60s/early '70s: a Mod Top vinyl top with matching interior.

That the flower-power political movement of the later 1960s was co-opted into consumerism is not too surprising, although the fact that said consumerism extended to the auto industry might be. For 1969 and 1970, Plymouth and Dodge offered mod, floral-print designs on vinyl tops and interior upholstery. Variously called Mod Tops, Pop Prints and Floral Tops, they were available on the 1969 Plymouth Satellite and Barracuda; the '69 Dodge Dart, Coronet, and Super Bee; and the 1970 Barracuda/Cuda. 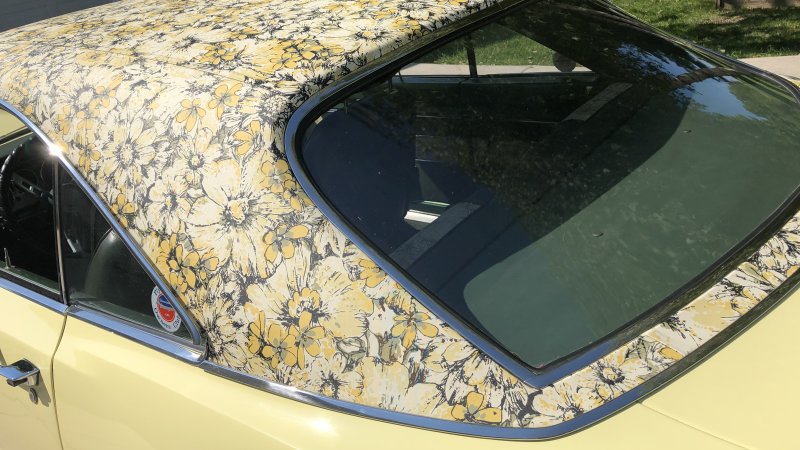 The patterns, which look like bedspreads from a teenage girl's room in "Better Homes and Gardens," were available in three colors/patterns. The Barracudas had the yellow/black/green version seen here. Plymouth Satellites got a different pattern in blue and green. Dodges had a more pop-art pattern that also mixed green and blue. In total, fewer than 3,000 cars were so equipped, with the '69 Satellite representing more than half of the total. This Barracuda is one of 937 built that year.

The car was originally owned by a Chrysler-Plymouth dealer's family and was more recently purchased by a family friend. The Sunfire Yellow exterior is a respray of the original color, and the vinyl top material is reproduction. The matching material inserts on the seats and door panels of the green vinyl interior is said to be original. Under the hood is a rebuilt 318-cubic-inch V8 paired with a column-shifted three-speed Torqueflite automatic.

In advertising for the Mod Top Barracuda, Plymouth asked: "Who needs it? Anybody with a penchant for the different. The exciting. The original." Fifty-one years later, that's still true. 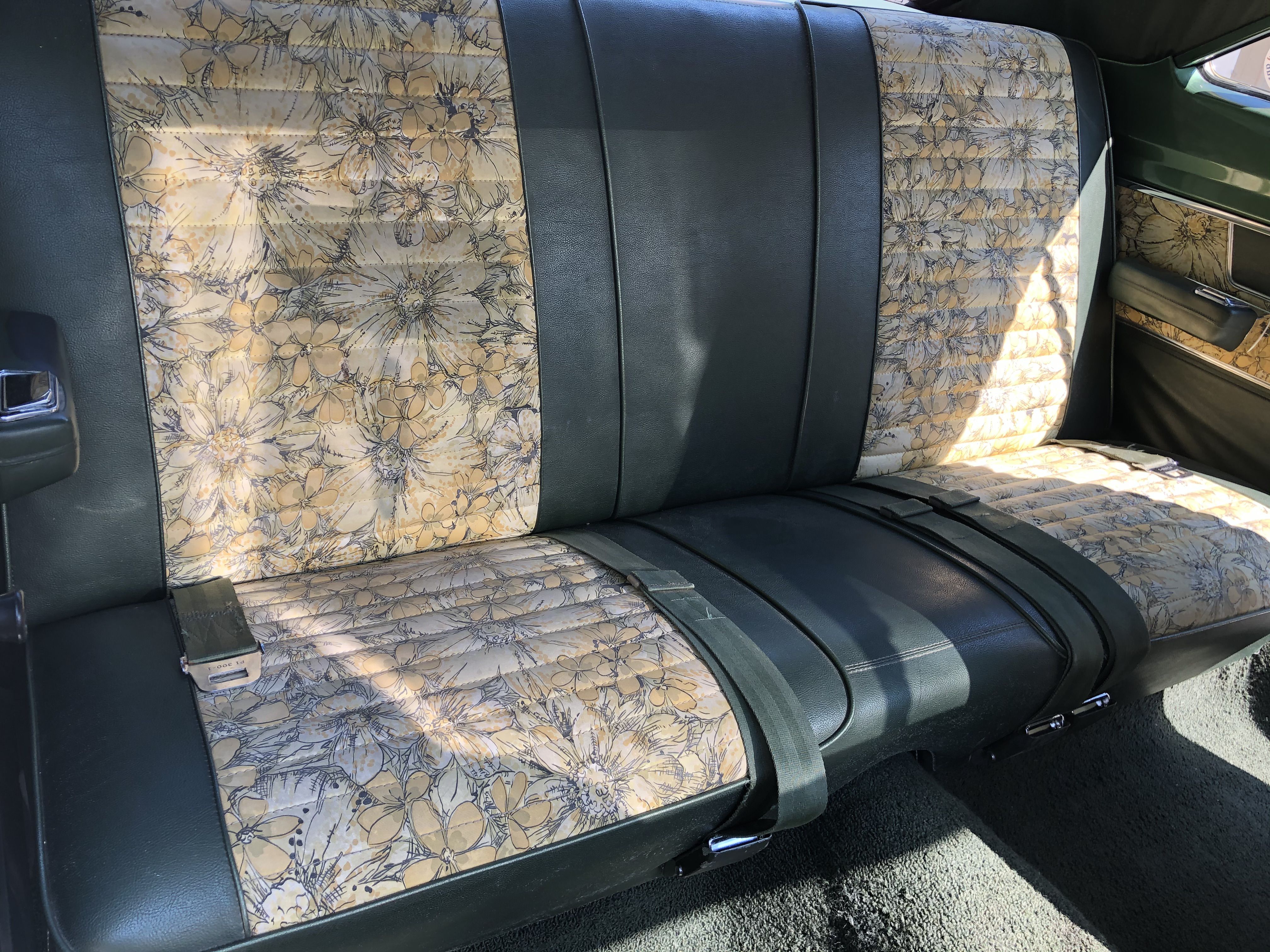