You can choose between either blue or red carbon fiber accents

This is the last special edition Ford is introducing for the Ford GT supercar. It's called the GT LM Edition, and it’s designed to honor the Ford GT’s 2016 Le Mans class victory.

Ford plans on building 20 of these LM Editions, which will count toward the 1,350 total GTs it promised to build. They’ll all be painted in the same Liquid Silver exterior, but buyers will have the option to choose between red- or blue-tinted carbon fiber themes. If you recall the Le Mans-winning car’s livery from 2016, it was a mixture of red, white and blue, so Ford has chosen the red and blue to honor that car’s appearance. In total, Ford will tint the front splitter, side sills, engine bay louvers, mirror stalks and rear diffuser. Also of note on the exterior are 20-inch carbon fiber wheels, but they’re not the standard GT carbon wheels — instead, these will have matching red or blue inner-barrel accents. Ford will also toss in titanium lug nuts and black-painted brake calipers to complete the wheel and brake package.

A new exhaust tip design was developed for the LM model. It’s a 3-D-printed titanium dual exhaust that features a “cyclonic design” in the tips to hint at the twin-turbo V6. Power is unchanged at 660 horsepower. Directly above the new exhaust tips, you’ll find a 3-D-printed GT LM badge. 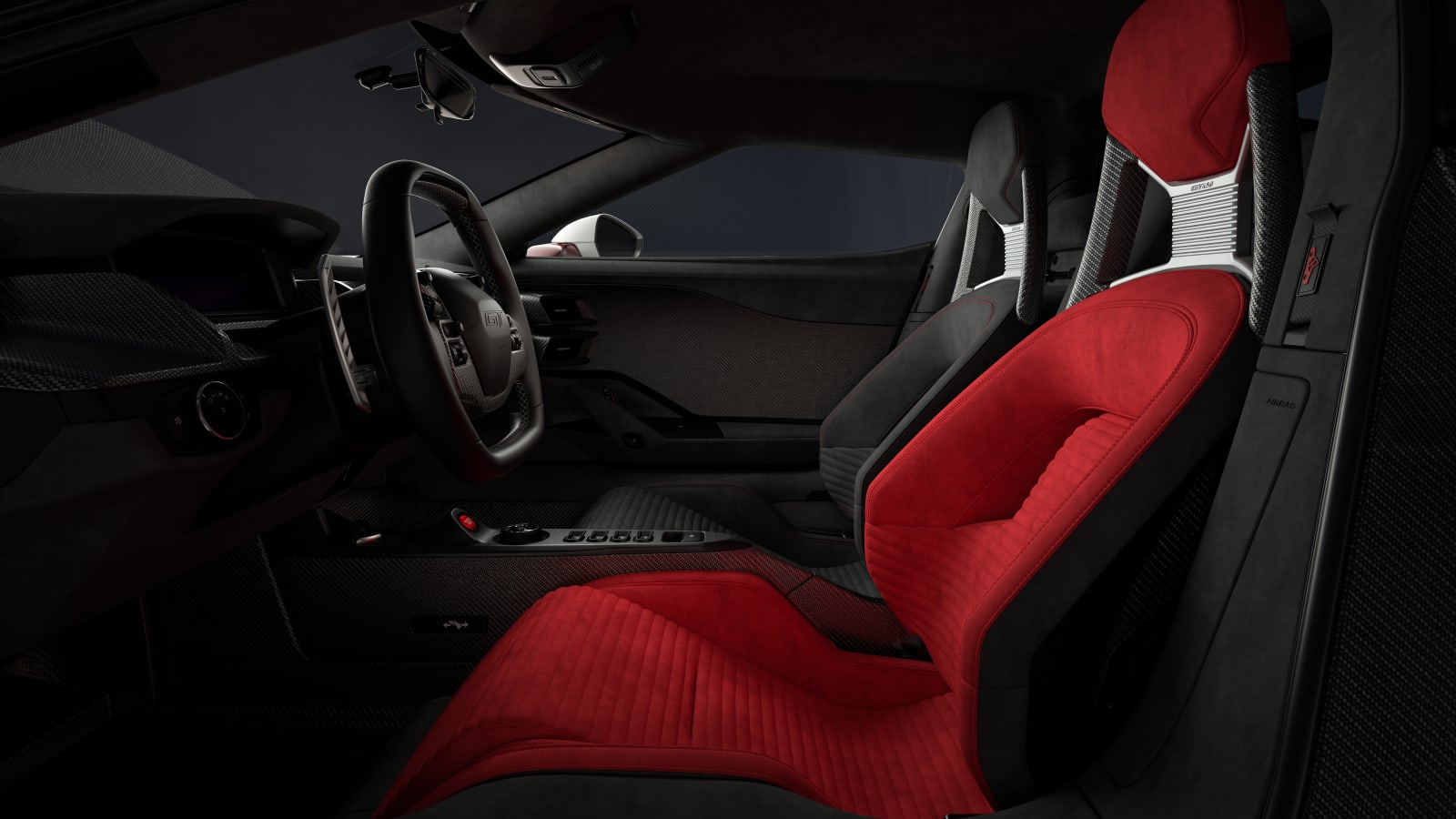 As for the interior, Ford continues its red/blue theme inside, but in asymmetrical fashion. Whichever color you choose, Ford will also wrap the driver’s seat in Alcantara of that particular color. So if you go with blue, you’ll get a blue driver’s seat. Opt for red carbon fiber on the exterior, and the seat will also be red. All passenger seats in the LM car will be Ebony (black) Alcantara, but will feature stitching in the same color as the driver’s seat as a nod to the color theme.

The last big unique touch for the LM is an intriguing instrument panel badge. To manufacture the special GT LM dash badge, Ford ground down the crankshaft of the 2016 Le Mans third-place finishing car into a powder, and will use it as material to 3-D print the instrument panel badge of all 20 LM Edition cars. Apparently, the engine from the third place car was just sitting around fully disassembled on a shelf, so Ford decided to make use of it!

Ford says customer deliveries of the LM Edition will begin this fall, and production of it will wrap by year-end.