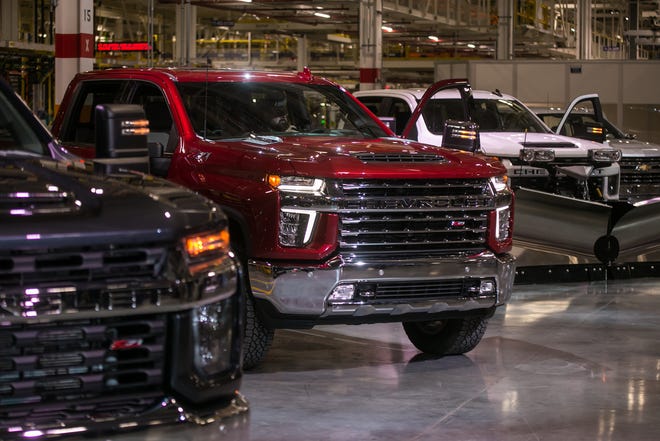 General Motors is moving up the launch of a fully-electric version of its heavy-duty pickups.

Last year, GM declared that it wanted all of its light-duty vehicles to be zero-emissions by 2035. But its heavy-duty vehicles wouldn't go electric until closer to GM's target to be a carbon neutral company by 2040.

On Wednesday, GM CEO Mary Barra confirmed during her Consumer Electronics Show 2022 keynote address that the Chevrolet Silverado and GMC Sierra heavy-duty pickups will join the rest of GM's light-duty lineup and be fully-electric by 2035.

Barra said the pickups, which are typically used for work such as construction or agriculture, will offer "a range needed to get the toughest jobs done.”

GM builds the heavy-duty pickups at the Flint Assembly plant but it's unclear if the electric versions will also be made there. “We can’t speculate on future manufacturing sites for unannounced products,” GM spokesman Stuart Fowle said Friday.

There will be a period of time in which internal combustion pickups continue to be made and sold alongside all-electric pickups before the former are phased out.

GM is able to pull forward the heavy-duty pickups because of its confidence in its Ultium battery platform, said Fowle. Ultium is GM's proprietary propulsion technology that will underpin the more than 30 new EVs GM has promised to bring to market by 2025. Also driving GM's ability to offer heavy-duty EVs sooner is its $35 billion investment in electric and autonomous vehicles by 2025.

At CES, Barra also gave a peek at an electric version of the Chevy Equinox SUV, which GM first announced in October. It will be available next year as a 2024 model priced at around $30,000. A Blazer EV will also be available in 2023, she said.

Also, revealed Wednesday at CES was the upcoming light-duty Chevrolet Silverado EV which will debut as a 2024 model and offer a 400-mile range on a full-charge. The first trucks built will be work models and Chevy hasn't said how much those initial work trucks will cost, though there will eventually be a $39,900 base model. 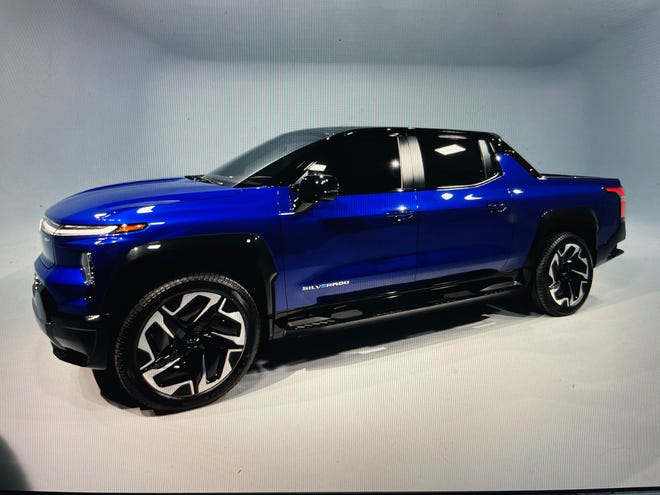 Production of the lavishly equipped $105,000 RST First Edition — a line-topping model expected to be available in fall 2023 — was spoken for in just 12 minutes when Chevrolet began taking reservations at $100 apiece Wednesday. Customers can reserve other models at Chevy’s website.