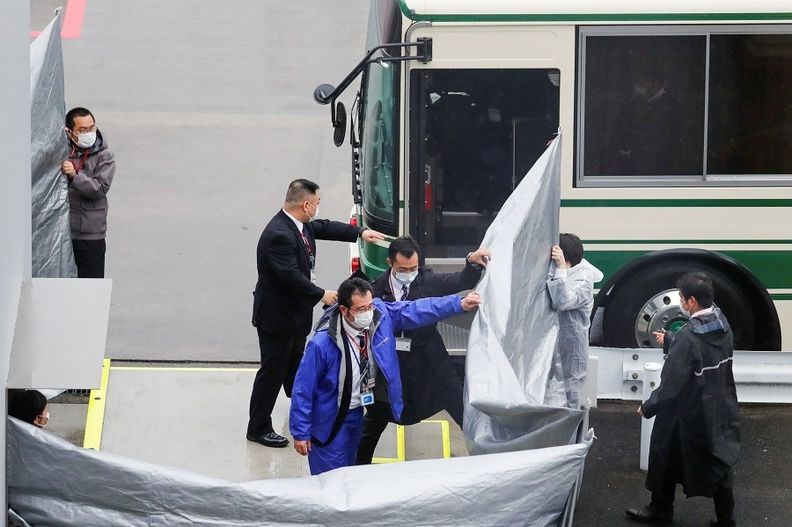 Japanese officers prepare to escort Michael Taylor and his son Peter Taylor after their arrival at Japan's Narita airport on March 2, following their extradition from the U.S

TOKYO – The American father-son extraction team that spirited indicted former Renault-Nissan boss Carlos Ghosn out of Japan inside a box were sentenced to years in a Japanese prison on Monday after a judge rejected their pleas for leniency, saying they did it for the money.

Father Michael Taylor, 60, the former U.S. Green Beret whom the judge said led the "unprecedented escape," was sentenced to two years. His son Peter Taylor, 28, was given a lighter sentence of one year, eight months, in light of his role as a supporting player in the plot.

In handing down the sentences in the Tokyo District Court, Chief Judge Hideo Nirei said their lockup time would be reduced by 90 days each because of their time spent jailed during the trial.

The Taylors were arrested in Massachusetts in May 2020 and extradited to Japan in March. Since arriving in Japan, they have been locked in the same Tokyo jail that once housed Ghosn. 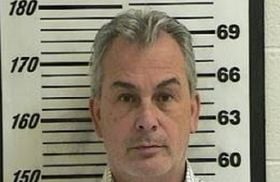 A defense lawyer said on Monday that they had not yet decided whether to appeal.

The judge recited the facts of the case chronicling how the Taylors met Ghosn at the Tokyo Grand Hyatt hotel on Dec. 29, 2019, and escorted him on a cross-country bullet train ride to the city of Osaka.

There, they packed him into an oversized audio equipment case and smuggled him past lax security onto a chartered jet. They flew him out of Japan that evening, and Ghosn landed in Beirut, Lebanon – beyond the reach of extradition to Japan – in the morning of Dec. 30.

"Because of this case, Ghosn, a defendant facing serious charges, was able to escape overseas," Nirei said, calling the getaway an “unprecedented escape” with serious repercussions.

"It has been one and a half years since the escape and there is still no prospect of a trial. The consequences of this case are very large," Nirei said at a short hearing lasting less than 30 minutes.

Father Michael took the lead in planning and executing the escape, while son Peter, although playing a smaller part, was an essential piece in pulling off the disappearing act without being discovered, the judge said.

The Taylors stood impassively, shoulder to shoulder, before the judge, showing little emotion when he read off their sentences in Japanese and had them interpreted into English. He added that the Taylors would not be charged fees for the interpretation during the trial.

The entire trial was conducted under heavy security, with people in the gallery body searched before entering the courtroom. The gallery itself was ringed by eight security guards, and each defendant was led in and out of chamber in handcuffs, each flanked by two bailiffs.

The Taylors plead guilty to the charges in June but had petitioned the court for leniency, citing extenuating circumstances. They argued, for instance, that they were distantly related to Ghosn and that they had been misled into believing Ghosn was being tortured in Japan and that it was not a violation of Japanese law to help someone jump bail.

The judge didn’t buy any of it, contending that they were mostly in it for the money. Of the $860,000 Ghosn paid them, they used only $400,000 to charter the getaway jet and put the bulk of the remainder into their own companies, the judge said.

“Their main motive in this case was the compensation,” Nirei said.

Ghosn was arrested after landing in Japan on Nov. 19, 2018, and charged with alleged financial misconduct during his time at the helm of Nissan. He spent 130 days in jail over two stints and was indicted four times.

After Ghosn's second release on bail in 2019, he seemed set to defend himself in court for one of Japan’s biggest ever blockbuster corporate trials. But on Dec. 31, 2019, he stunned the world issuing a press release saying he had escaped to Lebanon.

The Taylor case was just one of several legal battles still raging in Japan, following the arrest, jailing and made-for-Hollywood escape of Ghosn. Also on trial in Tokyo is Greg Kelly, Ghosn’s alleged accomplice in supposedly hiding more than $80 million in deferred compensation. And also still ongoing is Nissan’s civil suit against Ghosn, which seeks $100 million in damages.

Testimony in the case against Kelly, the American former Nissan director arrested the same day as Ghosn and charged as his enabler, concluded earlier this month. But closing arguments won’t come until the autumn, and a verdict could take until early 2022, more than three years after the two men were arrested in Japan during a coordinated swoop in November 2018.

Naoto Okamura contributed to this report