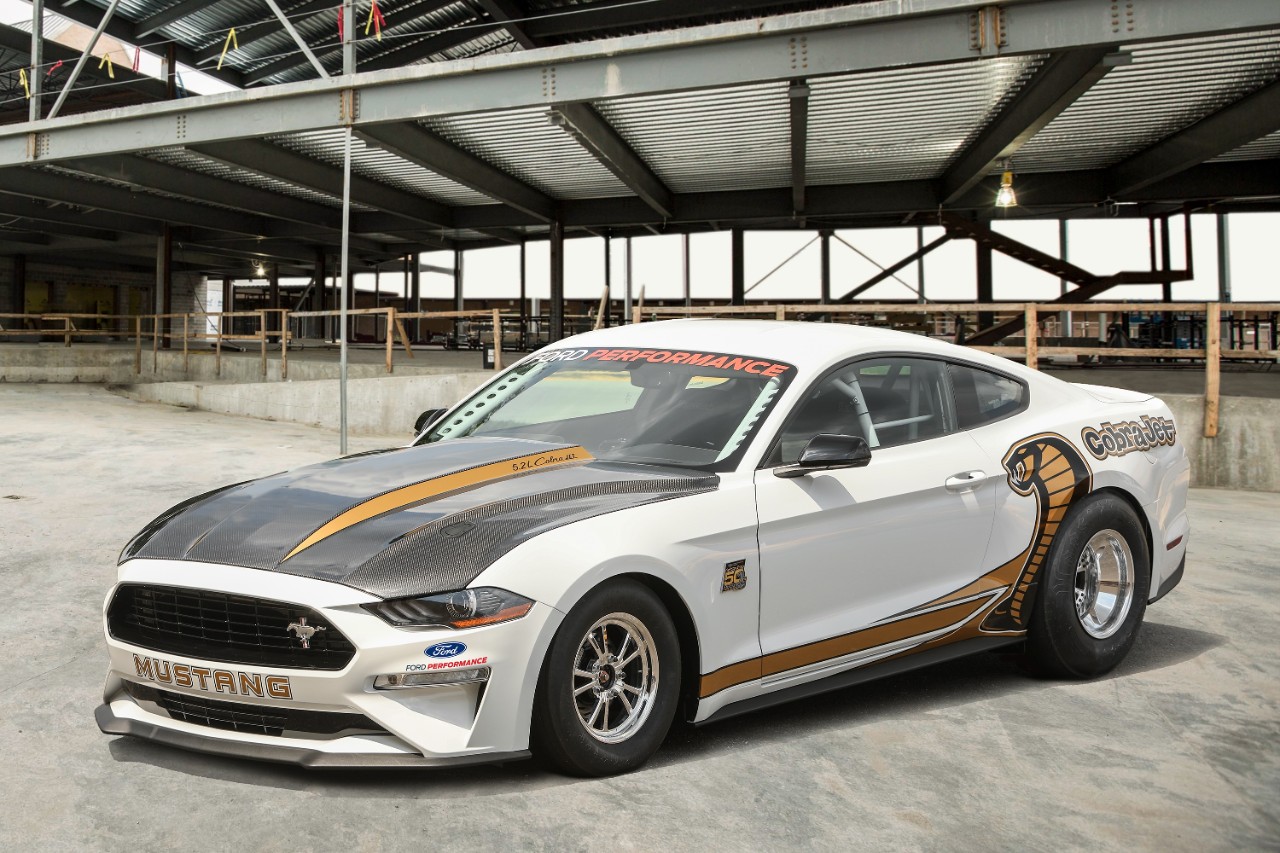 Will it offer twice the Godzilla's horsepower?

Crate engines are the part of the horsepower iceberg that most motorists never see, but the competition between Ford and Chrysler is just as fierce in the parts department as it is on the sales floor. Proof is that the Blue Oval announced a mysterious V8 named Megazilla that could arrive as its answer to Mopar's Hellephant V8.

"We're also working on a super-secret project known as the Megazilla. It's going to increase the power output from the 430 horsepower that comes from the production crate engine," revealed Ford Performance product manager Mike Goodwin in a video showcasing the Godzilla engine. He added more details will be released soon.

While that's a rather thin crust of information to dig through, it's reasonable to assume the Megazilla will be an evolution of the Godzilla V8, which started life in the Super Duty pickup truck and joined Ford's growing catalog of crate engines in summer 2020. Goodwin didn't say how much more power engineers can knead out of the eight-cylinder, but it's reasonable to assume they'll favor forced induction over more displacement. Godzilla is a naturally-aspirated, 7.3-liter eight-cylinder with push rods and an iron block that produces 430 horsepower and 475 pound-feet of torque in its standard configuration. There's plenty of room to increase — and possibly even double — those figures by simply topping it with a supercharger.

Keep in mind the aftermarket tuners working with the 5.0-liter Coyote V8 are starting with less power and less displacement and crossing the 800-horsepower threshold by making relatively minor modifications. Hennessey's Venom 800 offers 805 horsepower and 727 pound-feet of torque courtesy of a 3.0-liter supercharger, for example.

Mopar's Hellephant is the V8 to beat in the factory-built, turn-key crate engine race. Announced in 2018, and sold out almost immediately, it's a $30,000 plug-and-play engine that gives whatever it's bolted into 1,000 horsepower.

In the meantime, Goodwin explained Ford is putting the final touches on the Godzilla's control pack, which will allow builders to put it in anything range from a Fox-body Mustang to a shopping cart. It's being developed with an automatic transmission in mind, but Ford Performance also plans to make it compatible with a manual gearbox. And, looking ahead, it will release individual Godzilla parts (like the block and the head) for enthusiasts who want to build one from scratch or put together a home-brewed cocktail of different components.

Builders who prefer the Mustang GT500's race-bred technology over the Godzilla's old-school design are in luck. Ford isn't anywhere near done with the V8 yet, it's keeping it around in the F-150 and it's even designing a new one, and it said that the GT500's 760-horsepower Predator will also be sold as a crate engine soon.