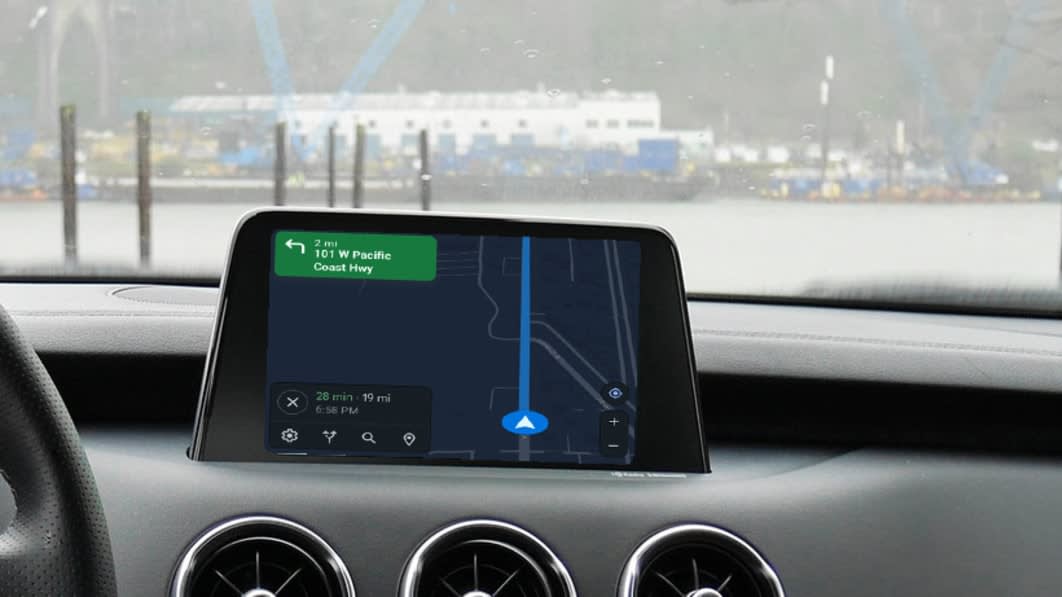 Google Maps is a brilliant tool, but overreliance on it is killing our sense of direction

The podcast 99% Invisible recently did an episode titled “Search and Ye Might Find” about internet search: Its history, how it increasingly fails to do its intended job, and its unintended consequences. One of those consequences was that we have increasingly turned parts of our memory over to search – for instance, relying on an old e-mail to provide my parents’ new address every time I send them a birthday gift or something in the mail. In the past I would’ve written it down in a physical address book or just made a point to remember it. Now? There’s Gmail search. I haven’t really needed to remember it.

Now, there’s another reason I haven’t really needed to remember that address: I actually know how to navigate to the place. There’s no need to type that address into Google Maps, and ergo I don’t need to memorize that address. That is an increasingly rare instance these days, however. People use Google Maps, or its Waze subsidiary, constantly. Places they’ve been to repeatedly, where they absolutely would’ve just remembered how to get to after a few back-and-forths, are still utterly lost to them without the nice lady from Google barking out orders. Basically, by ensuring that everyone gets where they’re going, Google Maps has made everyone absolutely lost.

As just one example, my wife would admit to not having the greatest sense of direction, but she still uses Google Maps to an extent that is just bewildering to me. She’ll go back and forth between our house and some place for weeks and months and still run Google Maps directions. Part of it does have to do with identifying, avoiding or mitigating Los Angeles-area traffic, but even after checking the map for red lines, the directions are engaged. I will give her credit, though. She quickly disregards Google Maps when the algorithm gets too cute, trying to shave off a minute of traffic-bound drive time by futilely making 15 left turns through slow suburban streets … or sending her down some narrow canyon road where she’ll inevitably get stuck behind another obedient Google sheep driving his masonry truck at 15 mph. That one's not a hypothetical. 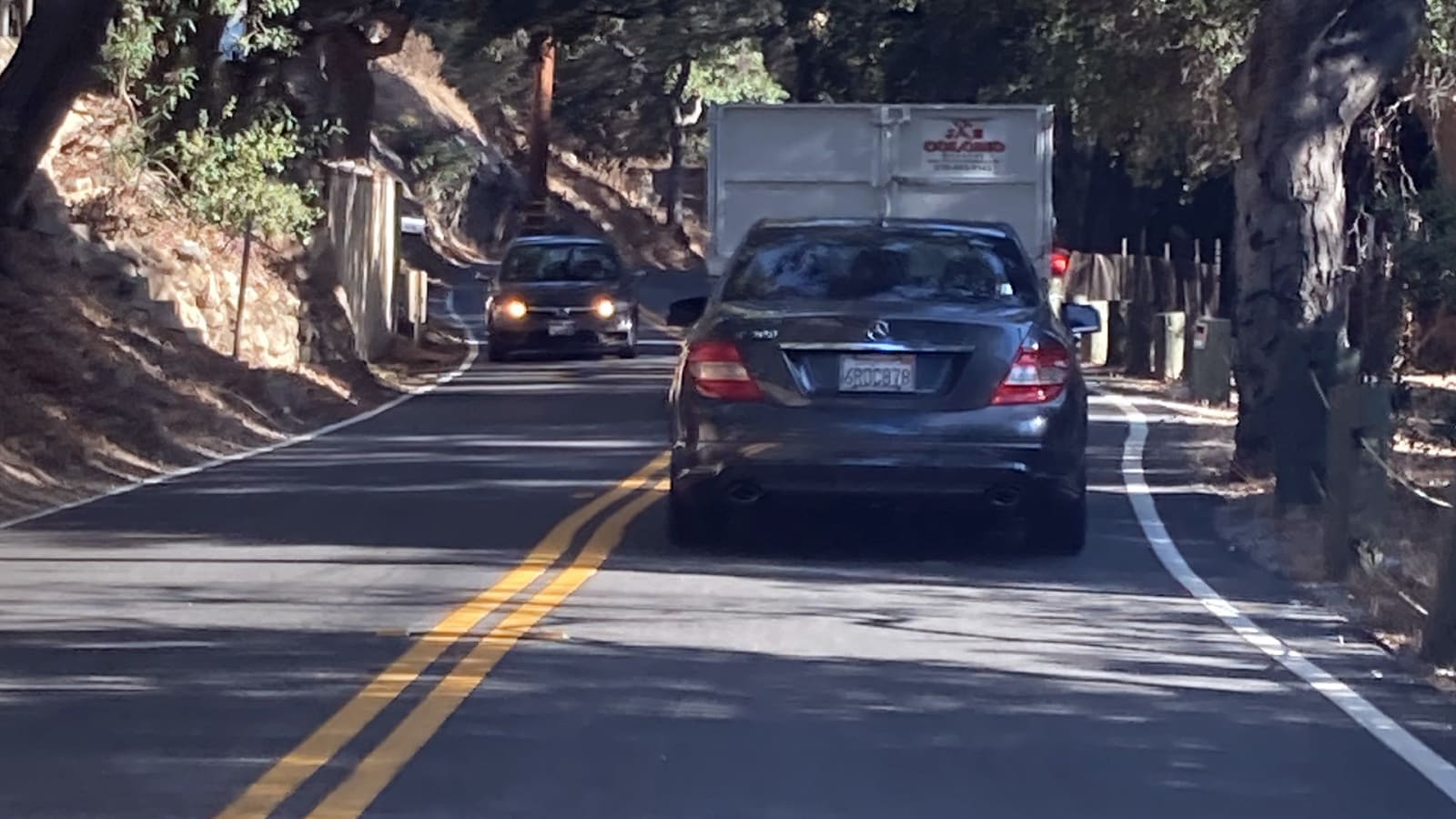 You get the sense that the idea of a regular map is absolutely foreign to people. Put the in-car map to North Up orientation and just watch as the viewer’s eyes glaze over like you’ve just handed them a topographic survey of the surrounding landscape from 1889 annotated in Japanese. Hell, for all they know they’re looking at a map from Japan.

“Which way is north?”

Even the basic idea of compass point directions is being lost. The idea of north has absolutely no meaning if you simply listen to a lady say “go left, merge slight right, etc.” or stare at a zoomed-in, forward-following map with a blue line leading you into an unknown horizon. I’ve literally had someone ask me whether they should go north or south on the interstate when driving to San Francisco from Los Angeles. Thankfully a reply of, “Um, think about that one for second,” was enough to re-engage the part of the person’s brain that had been outsourced to Google. 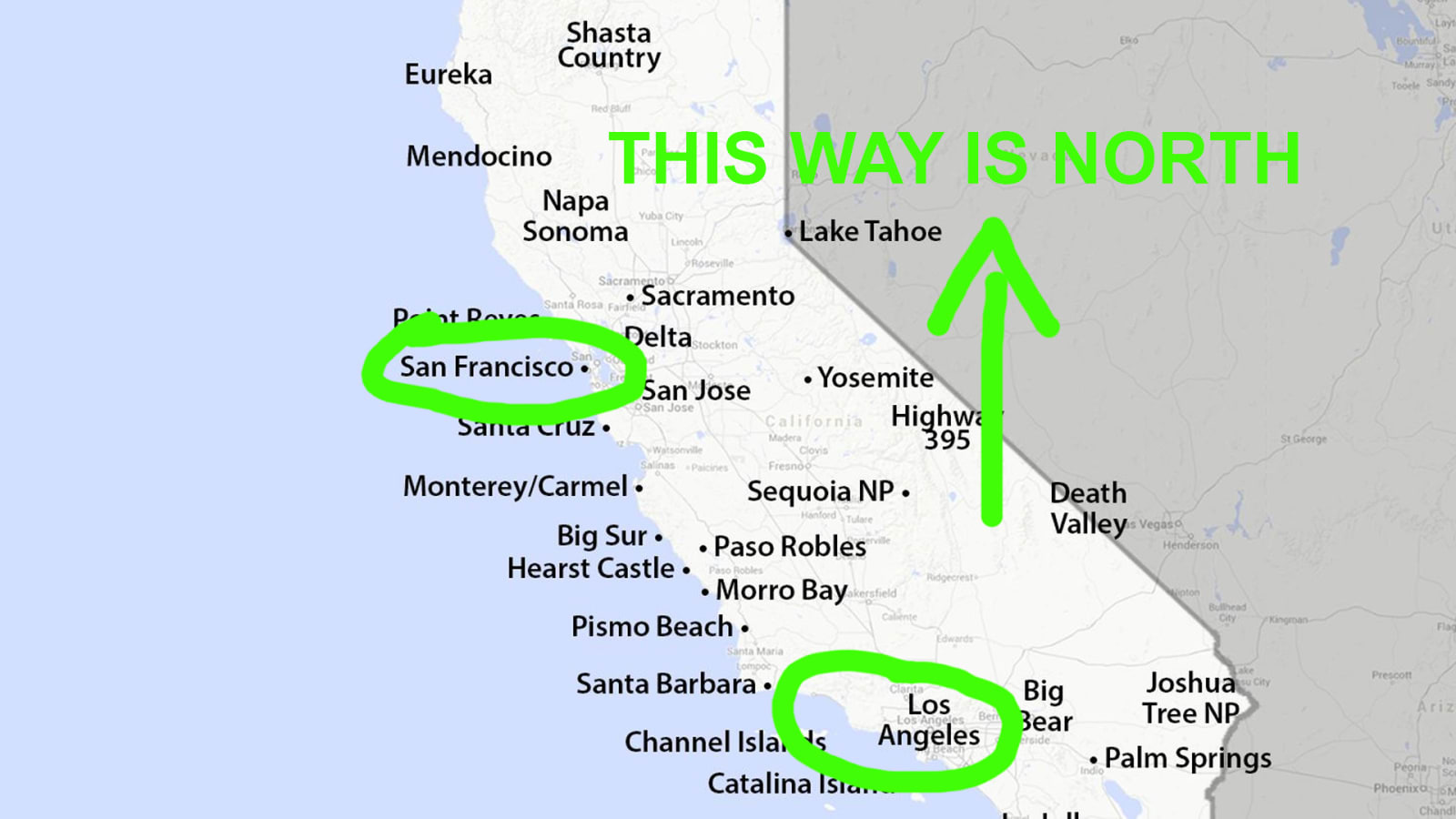 There are no shortage of news stories about people driving into lakes because the GPS told them so, and honestly, it just isn’t surprising. OK, maybe the driving into the lake bit is surprising, but you just know that people constantly end up on some silly road or route that they absolutely would not have taken 20 years ago because of common sense and the most basic understanding of maps and directions.

Now, to be clear, I use Google Maps constantly. I check it for traffic or to see which of various possible routes is fastest. I use it to find restaurants or stores based on ratings, and if I’m going anywhere new, it’s obviously invaluable. I tend to use it as an interactive map, and I definitely don’t miss my old Thomas Guide. My parents, on the other hand, rarely use Google Maps and still spend a shocking amount of time discussing how to get some place or coming up with cockamamie avoidance routes around traffic that does not exist. A world with Google Maps is definitely better. It’s just that a world with only Google Maps where people have turned off their senses of direction and have little knowledge of their surrounding area is definitely worse. Then again, just imagine what will happen to us if autonomous cars actually happen.