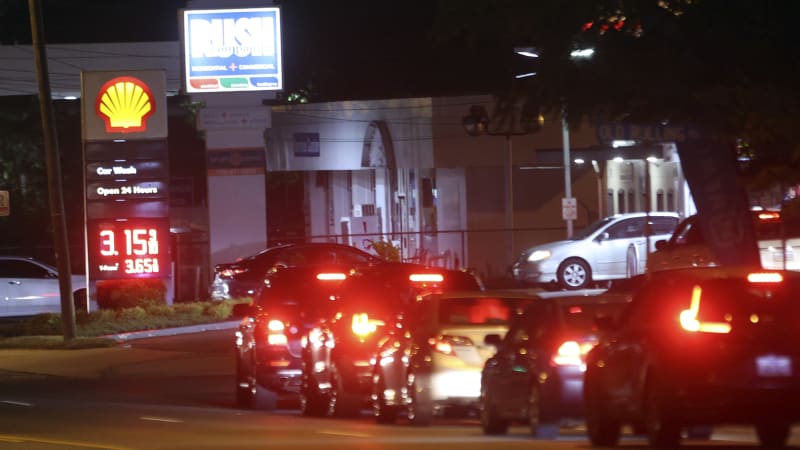 Cars line up for gas in Alexandria, Virginia. (AP/mpi34/MediaPunch/IPX)

It could take weeks to restore the full flow of fuel

Colonial Pipeline Co. told federal officials it will know by late Wednesday whether it’s safe to restart gasoline and diesel flows that have been on hold since criminal hackers targeted the company last week.

The promise comes as frustration grows among political leaders over scant details about when the biggest North American fuel pipeline will recover, while fuel shortages spread rapidly across the South and East. U.S. Energy Secretary Jennifer Granholm said that even if Colonial can restart on Wednesday, it’ll take days longer to “ramp up operations.” With a full restoration of the pipeline system potentially taking weeks, U.S. retail gasoline jumped to the politically sensitive level of $3 a gallon for the first time in six years.

Facing increasing pressure, the White House announced several measures Tuesday to blunt the growing crisis that threatens to hobble the post-pandemic economic recovery. The Biden administration will give a House briefing on the cyberattack at 6 p.m. Washington time on Wednesday.

The Biden administration issued an order on Sunday extending the amount of time truck drivers can spend behind the wheel when transporting fuel across 17 states and the District of Columbia. On Tuesday evening, the Transportation Department said 10 states could allow heavier-than-normal truck loads of gasoline and other fuels.

Federal transportation regulators also took the first step toward waiving the 101-year-old Jones Act that prohibits foreign-flagged and -staffed ships from hauling products from one U.S. port to another. Fuel traders have so far redirected at least one international cargo of gasoline, and another of diesel, toward the U.S. East Coast, according to shipping data compiled by Bloomberg.

The Environmental Protection Agency moved to allow the sale of gasoline that doesn’t satisfy requirements meant to help combat smog in certain areas. An initial order allowed the sale of conventional gasoline in areas where reformulated gasoline is required across Maryland, Pennsylvania, Virginia and the District of Columbia. A second order went further by waiving low-volatility requirements governing conventional and reformulated gasoline in those areas, as well as nine other states.

The Colonial pipeline is the most important conduit for distributing gasoline, diesel and jet fuel in the U.S., connecting Gulf Coast refineries to population centers from Atlanta to New York and beyond. Each day, it ships about 2.5 million barrels (105 million gallons), an amount that exceeds the entire oil consumption of Germany.

The national average retail gasoline price rose to $3.008 a gallon, the first time it’s exceeded $3 since October 2014, according to auto club AAA data on Wednesday. The premium for wholesale gasoline in the New York area reached its widest in three months. 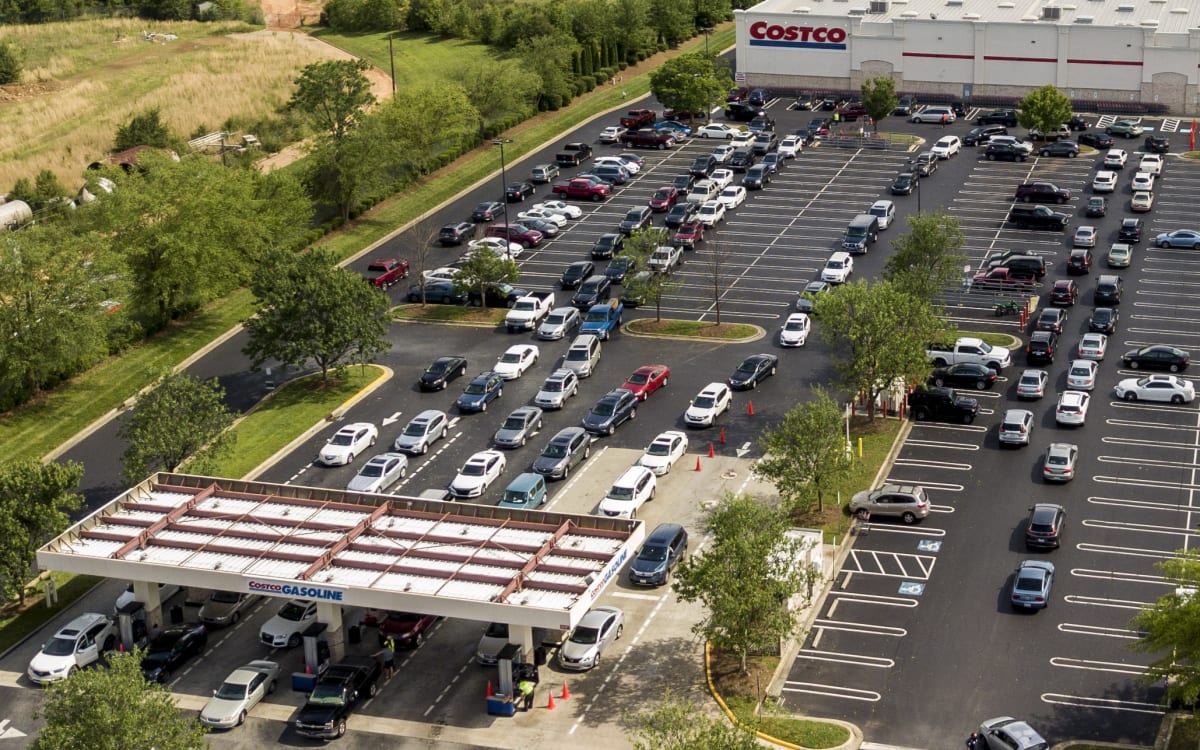 Gas lines at a Costco in Greensboro, N.C. (AP)

The vital economic lifeline has been shut since late Friday, prompting a run on filling stations by panicked motorists in several states. In addition to Florida, Virginia and North Carolina are under states of emergency. U.S. average retail gasoline prices have risen to their highest since late 2014 due to the disruption, almost touching $3 a gallon. That could add to broader inflationary pressures as commodity prices from timber to copper also surge.

The situation across the southeastern states is “rapidly deteriorating,” Brad Jenkins, a senior vice president at truck-stop owner Pilot, said in an email.

The White House relaxed some environmental rules across 12 states and Washington D.C. to help bring in more fuel, even as some Gulf Coast refiners were forced to curtail output to cope with logjams of fuel they can’t send to eastern markets. The Department of Transportation also announced initial steps that could permit foreign tankers to transport gasoline and diesel to East Coast ports.

The Wednesday deadline on a decision over the pipeline’s restart was given by Colonial Chief Executive Officer Joe Blount to Granholm. The energy secretary said she’s been in regular contact with the CEO in recent days to track the company’s progress in neutralizing the ransomware attack.

“By the end of business tomorrow, Colonial will be in a position to make the full restart decision,” she said.

“We have been providing daily and sometimes twice daily updates to our shippers, and have been in close contact with law enforcement and federal agencies to relay information on our restoration efforts,” Colonial’s media relations office said earlier in the day. “We will continue to keep all of our stakeholders informed and appreciate the outpouring of support we have received throughout the industry.”

Even when the pipeline is restored to full service, however, it’ll take about two weeks for gasoline stored in Houston to reach East Coast filling stations, according to the most recent schedule sent to shippers. For diesel and jet fuel, the transit time is even longer -- about 19 days -- because they are heavier and move more slowly.

More than four days into the crisis, Colonial has only managed to restart a small segment of the pipeline as a stopgap measure. Meanwhile, fuel shortages continued to worsen. In Atlanta, 20% of filling stations were dry by Tuesday afternoon, according to retail-fuel tracker GasBuddy.

Emergency shipments of gasoline and diesel from Texas are already on the way to Atlanta and other southeastern cities via trucks, and at least two Gulf Coast refineries began trimming output amid expectations that supplies will begin backing up in the nation’s oil-refining nexus.

Gasoline isn’t the only oil-derived product under threat. In an effort to bolster jet-fuel inventories, Southwest Airlines Co. has begun flying supplies to Nashville, Tennessee, and other cities. So far, no Southwest flights have been affected by the pipeline closure; rather, the airline said it’s “actively managing” fuel stockpiles.