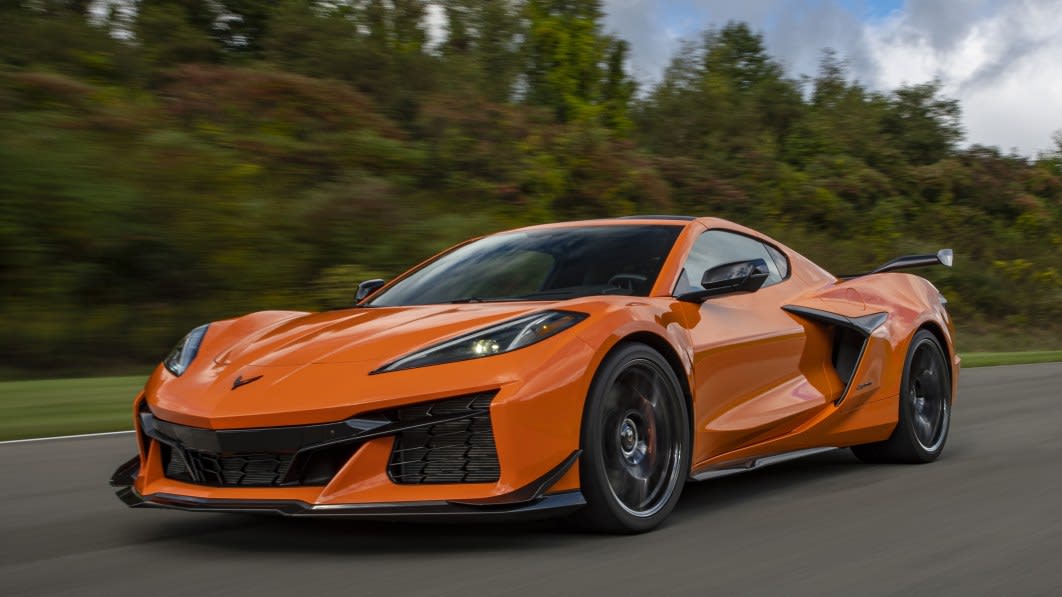 GM President Mark Reuss' Investor Day presentation has been a font of information. Most of it's been pretty straightforward, like the info about GM service centers working on Teslas and the GMC Acadia getting larger for its third generation. This one lives at the mysterious end of the foreshadowing pool. When discussing what's in store for the Corvette, Reuss mentioned two vehicles. As reported by Fox News, the first is a straight-up Corvette trim, "the next version of the C8," the "next-step in performance for Chevrolet" supposedly so good "you won't be able to imagine it from a performance standpoint." Since Reuss' was reportedly talking about new vehicles due in 2024, he wouldn't have been referring to the hybrid, all-wheel drive Corvette coming in 2023. The AWD hybrid could have been the trim referred to as the Corvette Grand Sport in a potentially leaked GM document from 2020. The powertrain in that coupe will be the 6.2-liter LT2 V8 from the base Stingray combined with electric motors driving the front axle to make somewhere around a combined 600 horsepower and 500 pound-feet of torque.

The images in Reuss' presentation were obscured for media viewers, but we suspect he meant the ZR1. That supposed leaked doc said its due in 2024 with 850 hp and 825 lb-ft. Output will come from an LT7 engine that's already on the testing bench if a recent clue found at the National Corvette Museum can be believed.

What will follow that is a car Reuss called an "incredible performance car" that he expects to "put the world on notice" as to what GM is capable of and "set the standard of the world for performance for Chevrolet." Based on the trim cadence we've been covering for years, this sounds like the Corvette rumored to be called the Zora, which would pair the twin-turbo LT7 V8 with electric motors for more than 1,000 hp. However, Reuss didn't call this car a Corvette; he only said it would be based on the C8 architecture. Back to that 2020 GM document, it had the ZR1 coming in 2025. That's a year later than this mystery offering, and we can't imagine why Reuss wouldn't call a Corvette a Corvette.

In a LinkedIn post from April that provided video of next years AWD Corvette, Reuss wrote, "we will offer an electrified and a fully electric, Ultium-based Corvette in the future." On that note, the only unaccounted for Corvette family vehicles we're aware of in the rumor pipeline are the electric Corvette-inspired crossover as part of Project R, and the electric Corvette sedan said to be coming mid-decade. So stay tuned, big electric things are coming from Chevrolet.