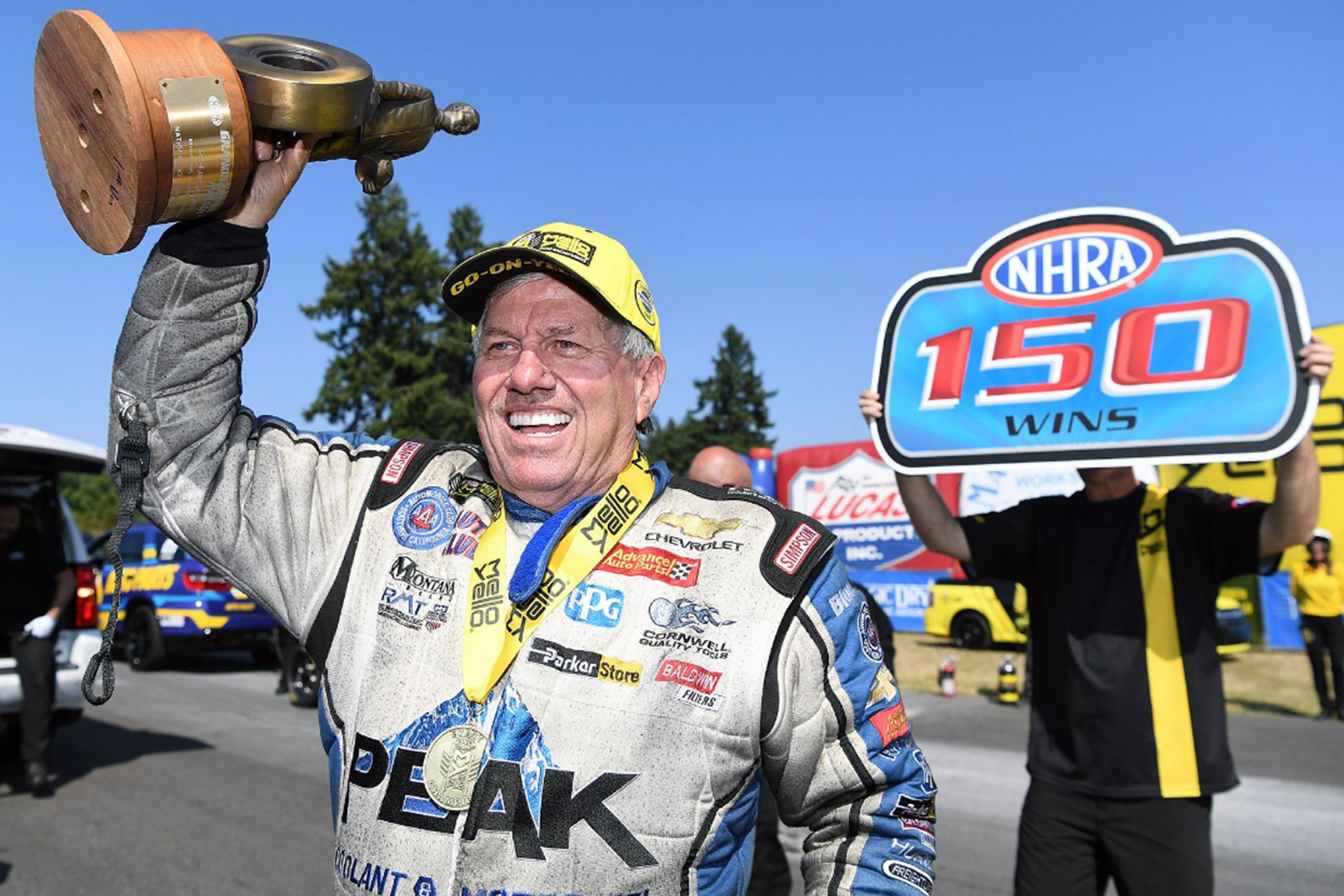 On August 4, 2019, John Force did it. He scored his 150th Mello Yello tour victory and 35th consecutive Top 10 finish in the Mello Yello Series. There are so many reasons this could have never happened: His first 50 races were fails. He didn’t get his first NHRA win until he was 38. He had polio as a kid and came from poverty. Oh, and he happens to be 70 years old.

No other pro driver has pulled off a number like 150 yet. Warren Johnson retired at 97. NHRA Pro Stock’s Greg Anderson has 93. Tony Schumacher has 84.

“I’ve crashed here at Pacific Raceways so many times. I’ve won here so many times,” he said after driving his Chevy Camaro SS to a final round victory over Ron Capps at the 32nd annual Magic Dry Organic Absorbent NHRA Northwest Nationals at Pacific Raceways. “There are certain tracks I’m really happy at. I love Indy, Pomona, I love Vegas; Seattle is special. I have no complaints. I’m 70 years old and I do it because I love the fans and God will tell me when it’s time. You’ll know when your old body says you’re done. I’m giving it all I got and I’m glad I got 150.” This was his 20th time racing Capps.

Force was on the podium with a rookie, Top Fuel driver and teammate Austin Prock, himself making headlines with an upset over series champ Steve Torrence. “Danny Hood and I, we called that from the get-go. We said when John gets 150, I’m going to get my first one,” said Prock. “It all came together just perfectly. I’m just pissed that Force is going to steal the cover of National Dragster.” Said Force, “Give me a good race car, I can race. I may not be as young as these kids and a hot shot on that Tree. But I’m excited. The future of our sport. There’s so much potential out here.” Watch the action here.