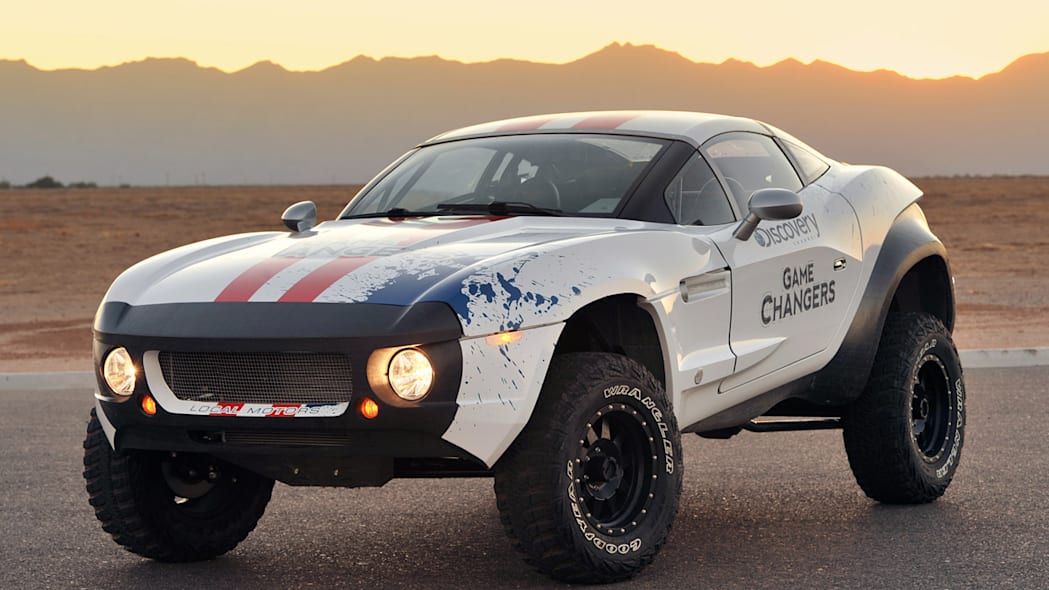 Jumped onto the scene with the Rally Fighter, rides Olli into the sunset

Local Motors' wild ride began with a wild ride, the Arizona-based vehicle developer launching the Rally Fighter kit car 15 years ago. That was a crowdsourced off-roader powered by a 6.2-liter GM LS3 engine that boasted 16 inches of suspension travel up front, 20 inches in back, and enough distinctive-looking good times to make it onto "Top Gear America" and "The Fast & Furious" franchise. In 2016, after selling about 30 Rally Fighters, the company turned to 3D-printed vehicles, first with an electric roadster called the Strati, then an autonomous, 12-passenger, wheelchair-accessible shuttle bus called Olli. The Strati came and went, while Olli was promising enough to begin trials in Arizona, Yellowstone National Park, and Canada. After six years, however, the company couldn't get the initiative to work, The Drive reporting that as of Friday, January 14, Local Motors is no more.

Employees began posting about the end of the firm on LinkedIn early last week. The Drive wrote that an "anonymous source familiar with the situation" said the cause was a lack of funding. In December 2021, a low-speed Olli shuttle in Canada was being driven in manual mode by its safety supervisor when the Olli veered off the road and ran into a tree, critically injuring the driver. Both Canadian trials have been paused in the aftermath. According to The Drive, a company source said that accident didn't have anything to do with shuttering.

Olli served without incident last summer in Yellowstone, carrying around 10,000 passengers the equivalent of 4,000 vehicle trips over two months. And in Peoria, Arizona, the Olli became a Roboride Medical autonomous shuttle taking people to doctor's appointments. The six-month trial had about two months to go when Local Motors shut, but Peoria officials say the closure won't affect the service. Other Olli trials in the U.S. overseen by Beep include Jacksonville, Florida and Peachtree Corners, Georgia.

At the time of writing, Local Motors still hasn't said anything about ceasing operations, and the web site remains up.